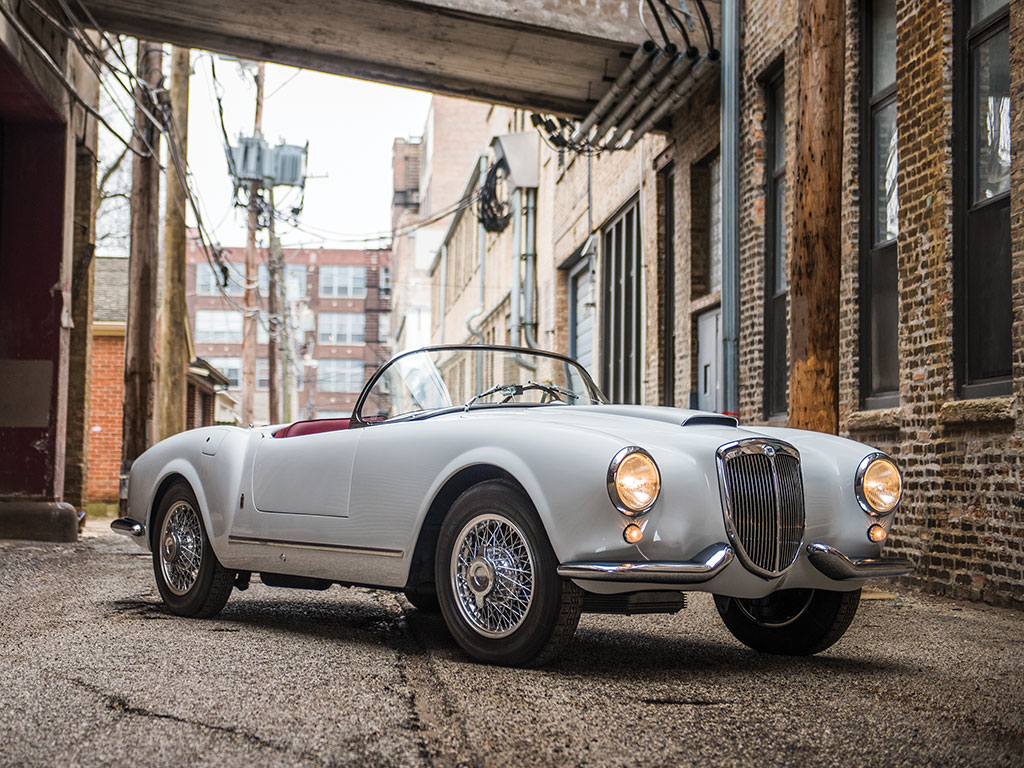 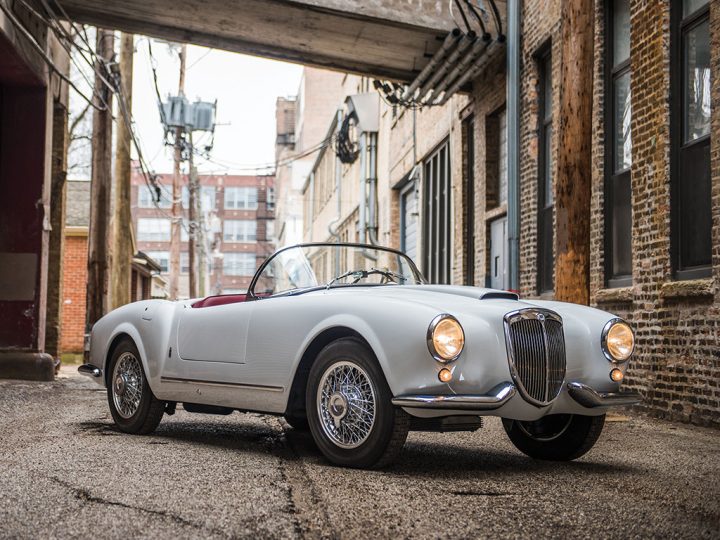 This beautiful and highly authentic B24S was domiciled on a Central California coastal estate for several decades before being re-discovered and restored by some of the country’s most noted Lancia experts. By February 1980, chassis B24S-1072 was acquired by Olof Anderson, a principal at Scandia Volvo in Seaside, California. Mr. Anderson eventually endeavored to restore the rare Spider America, and partially disassembled the car to that end. Like so many such projects, though, the dismantled Aurelia sat in an extended state of storage when the refurbishment was temporarily halted, and it remained in this state until the late 2000s. 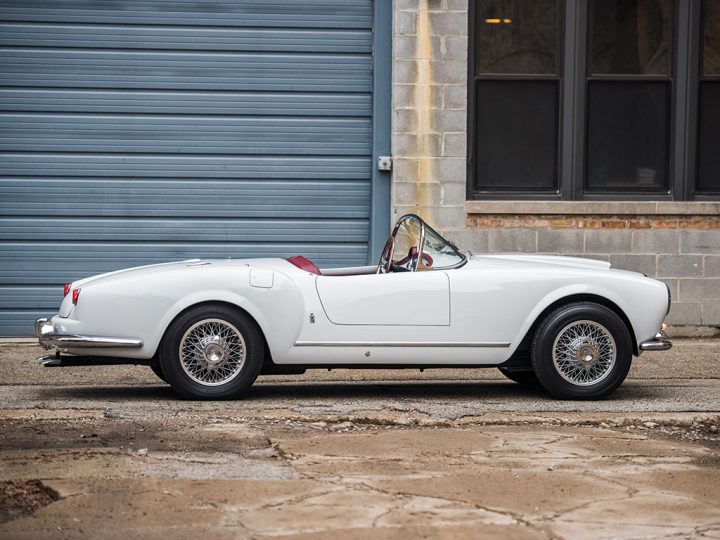 In 2009 the B24S was acquired by Mark Sange of Bolinas, California, an experienced collector and vintage racing enthusiast who has participated in the Monterey Historic Races several times, and recognized the Lancia’s potential. In November 2009, Sange sold the unrestored spider to the consignor, a respected collector in Chicago who immediately set about a full restoration. Will’s Garage of Oakdale, Pennsylvania, was entrusted to oversee the process and conduct all of the coachwork refurbishment, including a complete repaint in the correct color of light grey. Thomas Pearce of Oakdale re-trimmed the interior in proper red leather, completing a factory-authentic color combination that originally accounted for 61 cars. 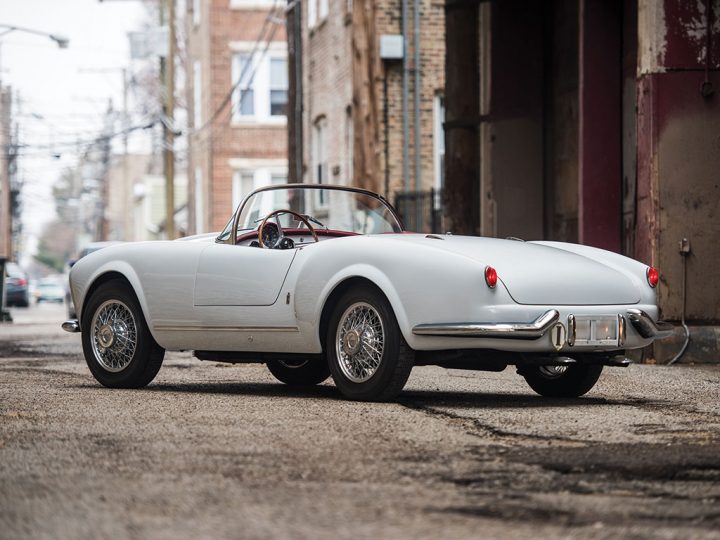 The late, great Lancia specialist Walt Spak was retained to completely overhaul the engine, exhaust, and ancillary mechanical elements. As demonstrated by a deep log of invoices and photographs, Mr. Spak blueprinted and balanced the engine; powder-coated the valve covers; rebuilt the radiator, starter, and generator; and installed a new flywheel, as well as numerous corresponding gaskets and guides. He also sourced proper Borrani wire wheels and a correct tool kit. 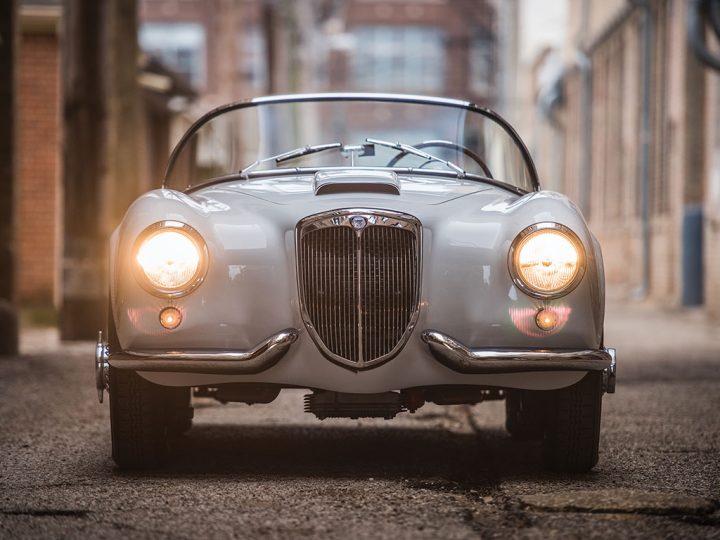 In order to maximize the restoration’s authenticity, the consignor consulted with Lancia expert Franco de Piero of Montreal, Canada, who assessed the spider’s deficiencies, and helped supply numerous correct parts from Europe, including signal lenses, steering column stalks, and other myriad details. Completed in July 2012, the restoration renewed chassis 1072 to a desirably authentic and pristine state of presentation. It was then presented at the Pebble Beach Concours d’Elegance, where it was awarded 2nd in class in the Postwar Sports Open category. 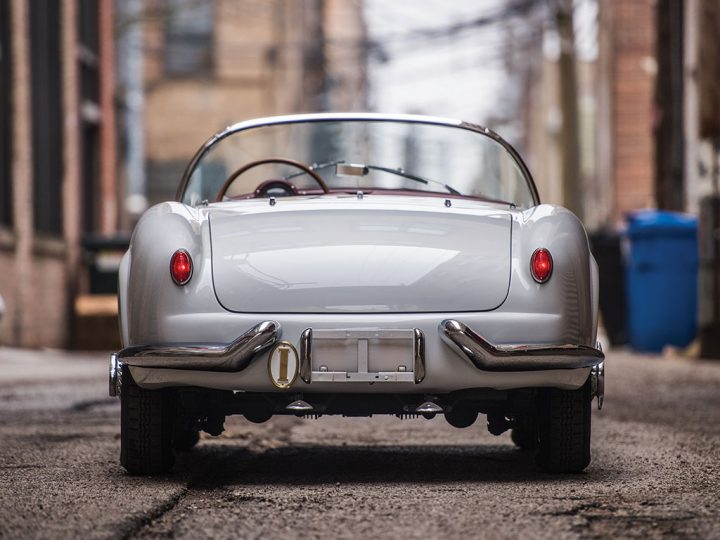 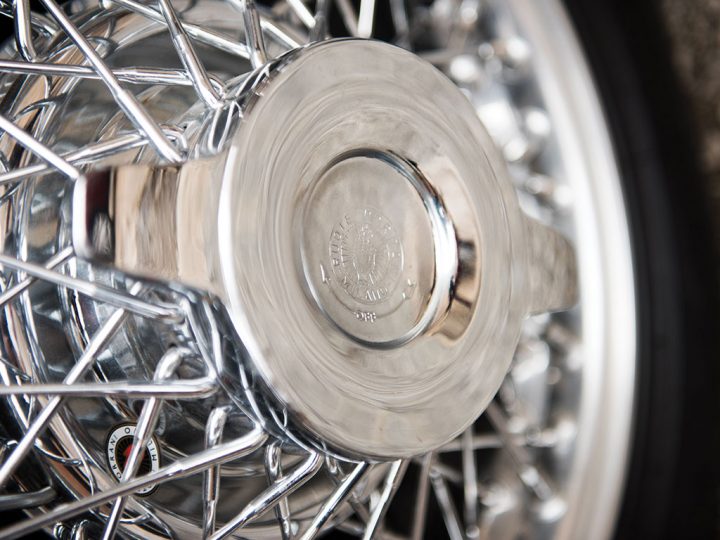 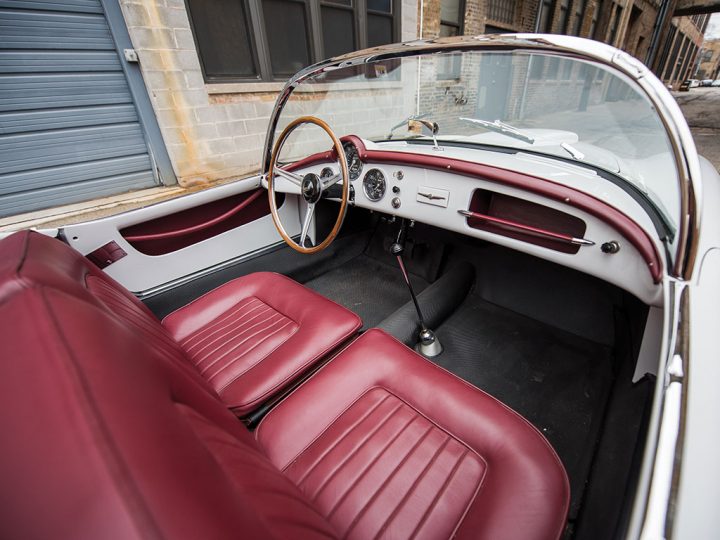 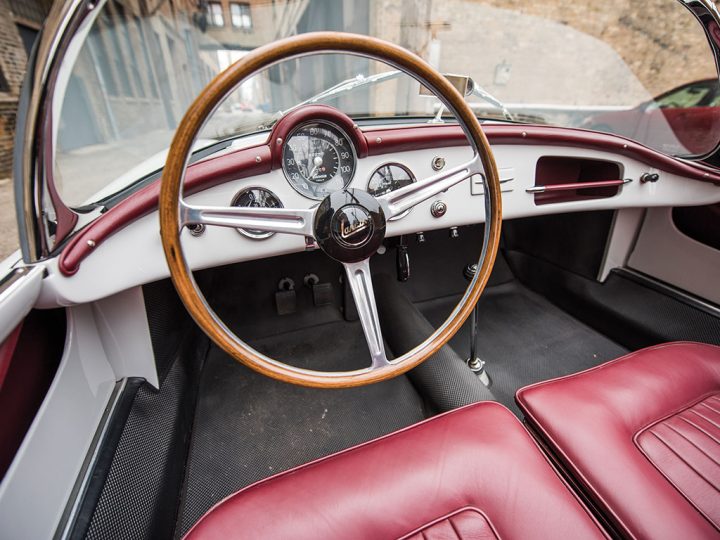 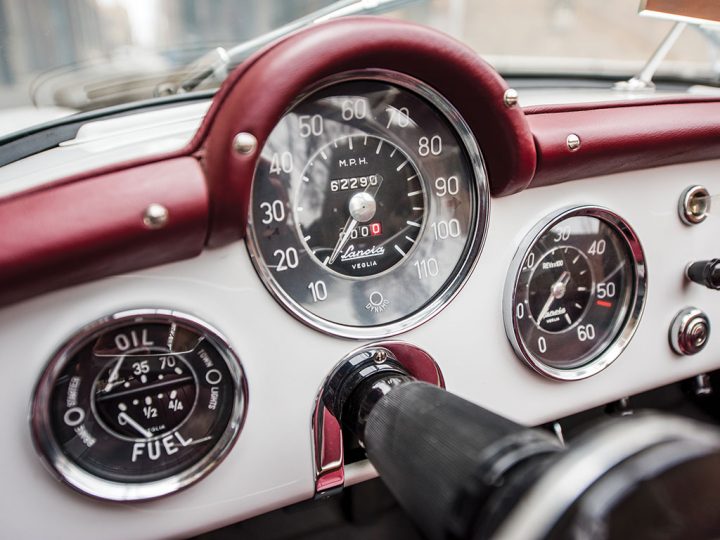 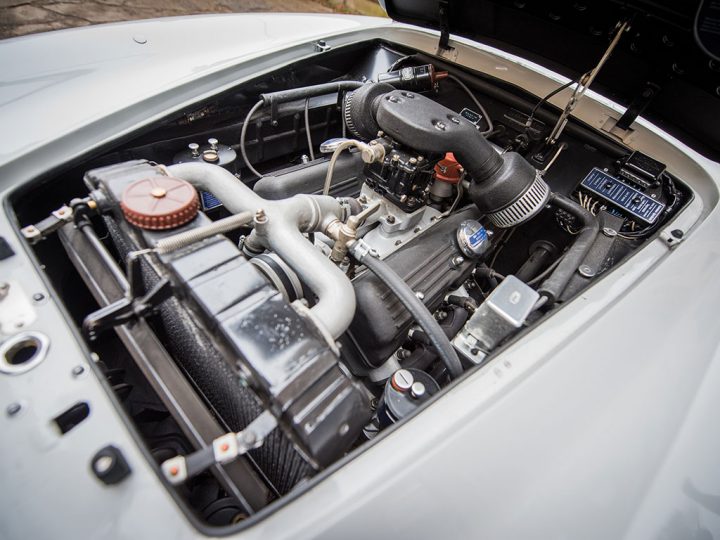 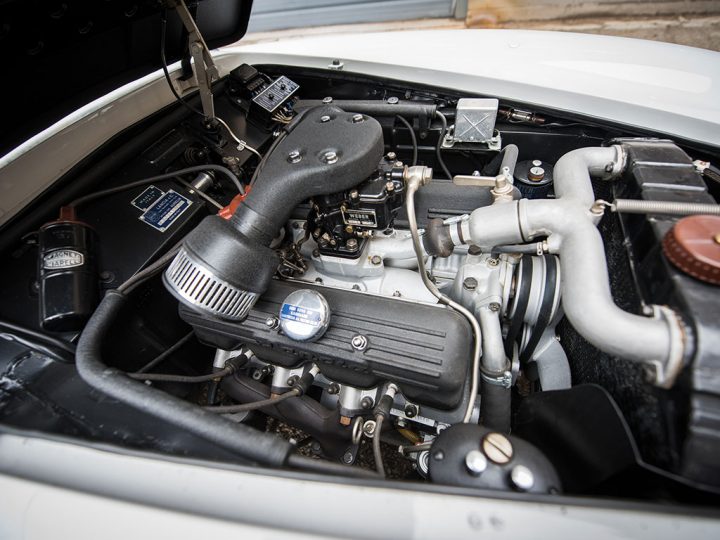 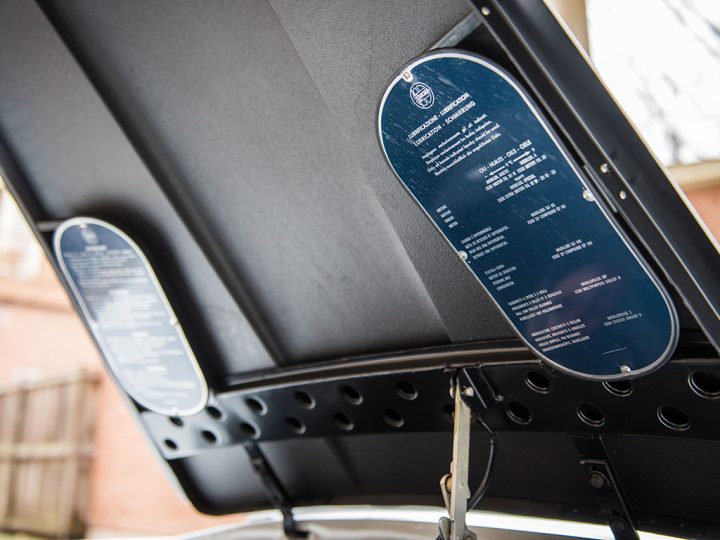 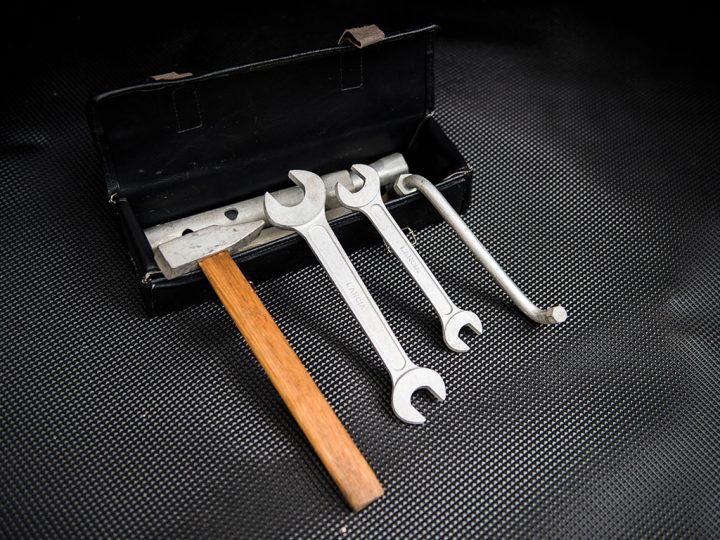 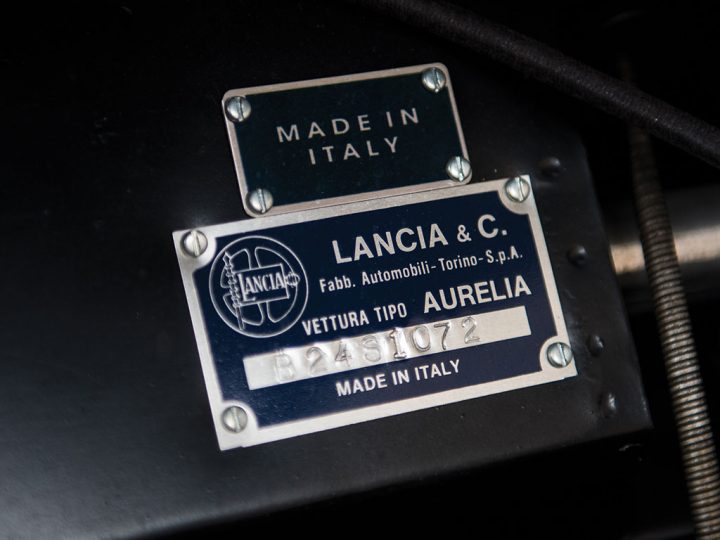