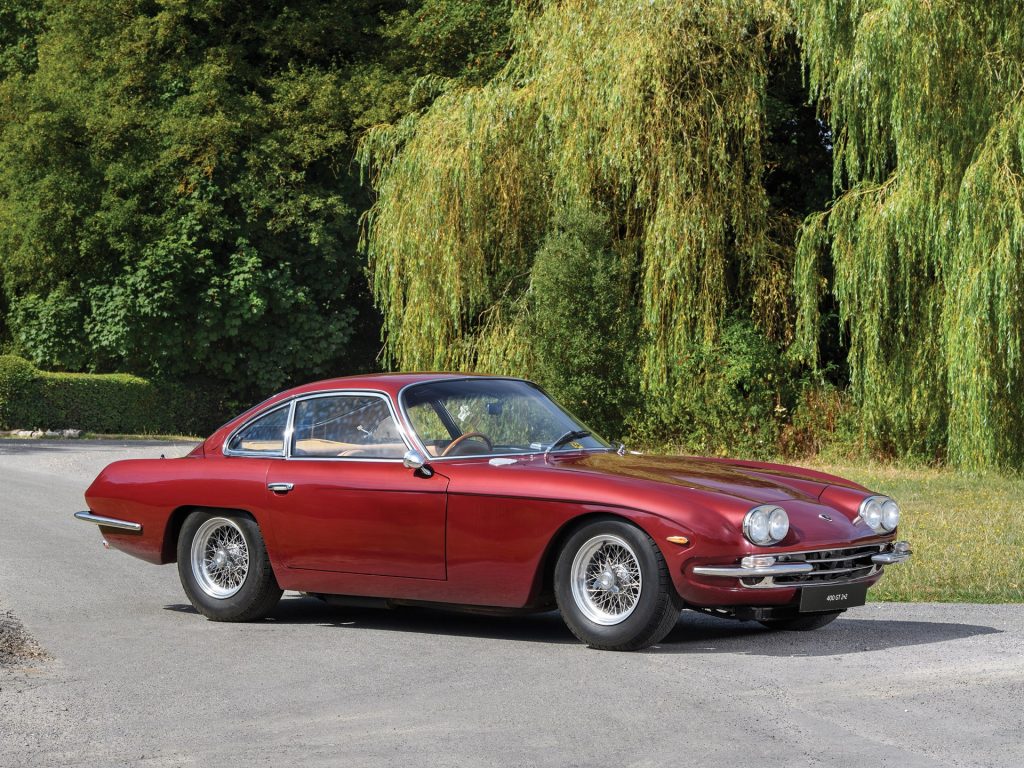 Believed to be one of just four examples imported to the UK by official dealers Mitchell & Britten and converted to RHD after its arrival in the UK by Hooper & Co, this 400 GT was delivered new to perhaps one of the most famous singer/songwriters of the 20th century, Sir Paul McCartney of The Beatles.

Reportedly delivered to McCartney in February of 1968 and subsequently registered SLF 406F, it would have entered McCartney’s garage hot off the heels of the hugely successful albums Sgt. Pepper’s Lonely Hearts Club Band and the Magical Mystery Tour, with The White Album to arrive later that year. McCartney’s ownership of the car is mentioned in a few modern publications, including Lamborghini Supreme Amongst Exotics by Andrew Moreland; Lamborghini by Chris Harvey; and Lamborghini: The Legend by David Hodges. Furthermore, it also appeared in a 1996 television series produced by the BBC, Anthology of The Beatles.