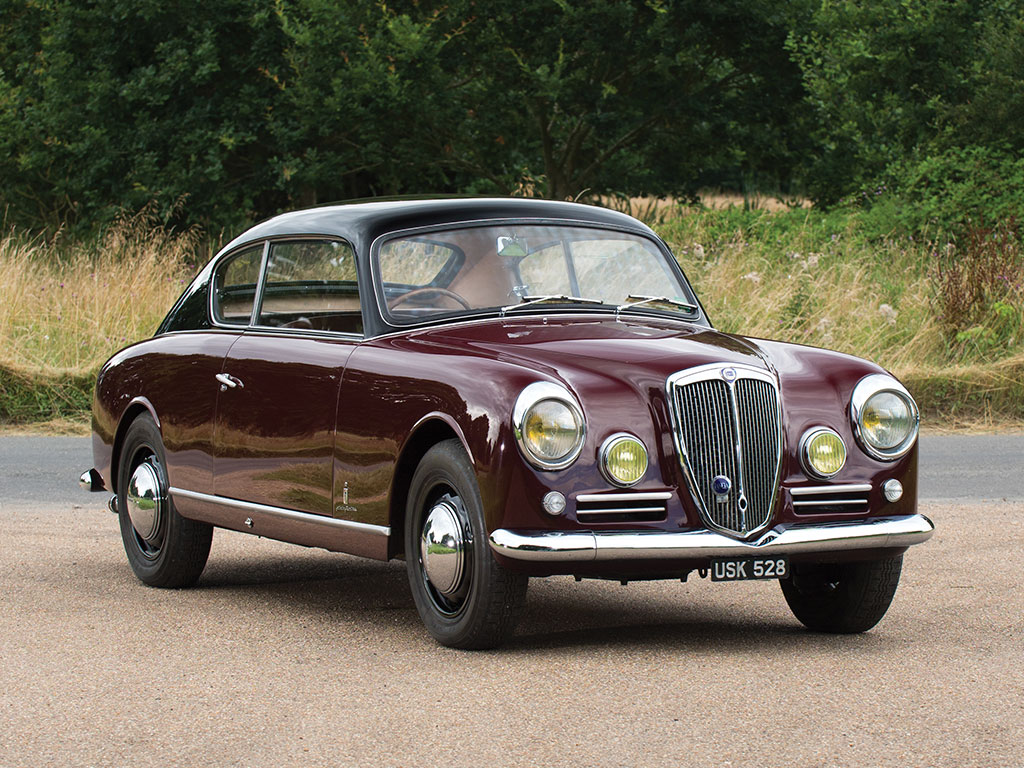 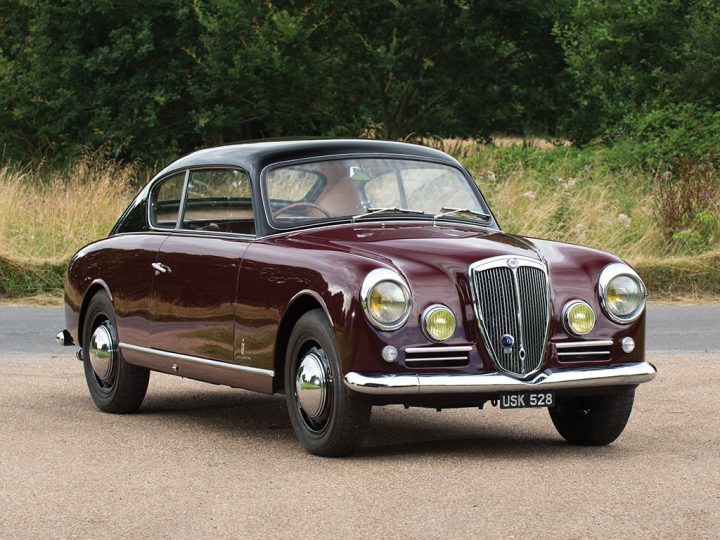 Introduced in berlina form in 1950, Lancia’s Aurelia was a landmark post-war automobile. The first production car with a V-6 engine, and the first shod with radial tyres, the Aurelia combined Lancia’s traditional unit body construction and sliding pillar front suspension with a rear transaxle and sophisticated, multi-link rear suspension. In addition to the standard pillarless four-door B10 body, Lancia offered a B50 coachbuilder’s platform, with the same 1,754-cubic centimetre engine on the same 2,860-millimetre wheelbase that formed the basis for speciale Aurelias from numerous design houses. 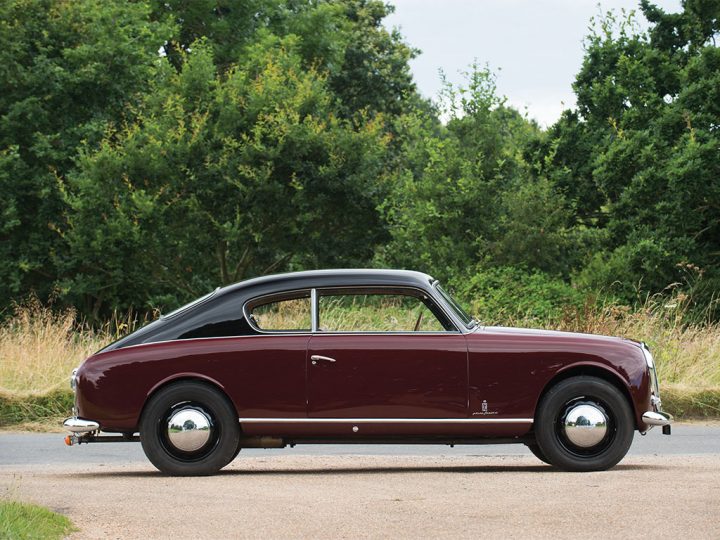 Nineteen fifty-one saw the introduction of the B20 Gran Turismo, with a 1,991-cubic centimetre engine on a shorter 2,660-millimetre wheelbase. Nearly all 500 of the Series I B20s received the standard Vittorio Jano-designed GT body. The car presented here, chassis number B20-1346, is a rare example of a speciale design by Pinin Farina on the Series I platform. Although it shares many visual characteristics of the standard production Aurelias, this car features rare original leather upholstery, a dashboard layout similar to later-series B20s, and nonstandard bumpers. Its distinctive two-colour paint is elegantly delineated by a narrow moulding that runs along the beltline and down and around the boot and back. 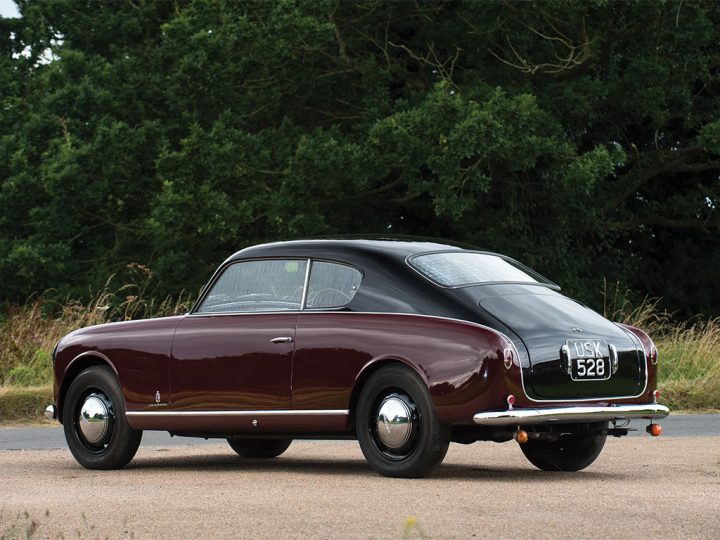 Chassis number B20-1346 was completed and invoiced on 14 December 1951, and it is reported by the French Lancia Club to have been on the Pinin Farina stand at the 1952 Paris Salon, though that claim currently remains unconfirmed. This would, however, explain the car’s unusual French fittings, such as Marchal lights and battery cutout switch, Jaeger gauges, and French-made Zenith Stromberg carbs. 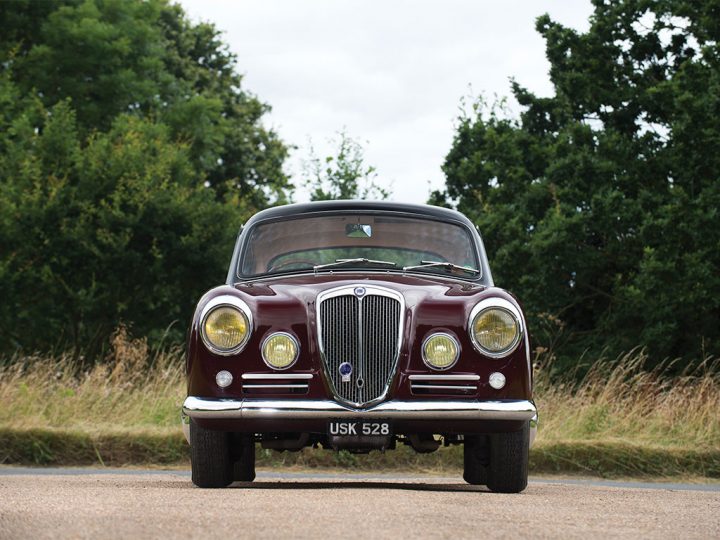 Over the course of the past several years, B20-1346 has received extensive attention. The car received a new clutch plate, rear brake cylinders were re-sleeved, third gear was replaced, and the charging system was converted to an alternator built within a dynamo housing (the original dynamo and voltage regulator remain with the car). The car also received new track rod ends, a new steering coupler, a new fuel tank, and a new speedometer cable. 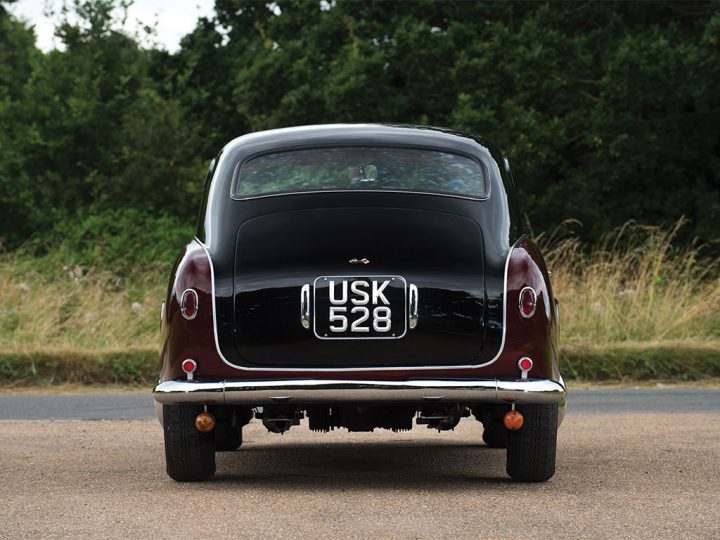 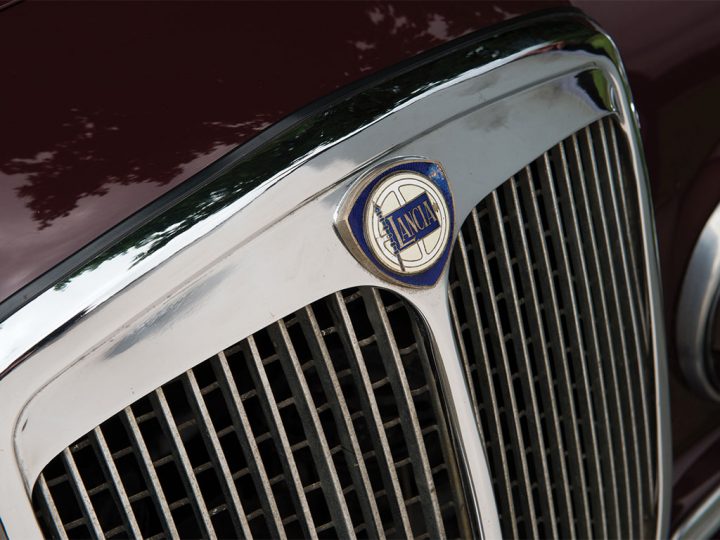 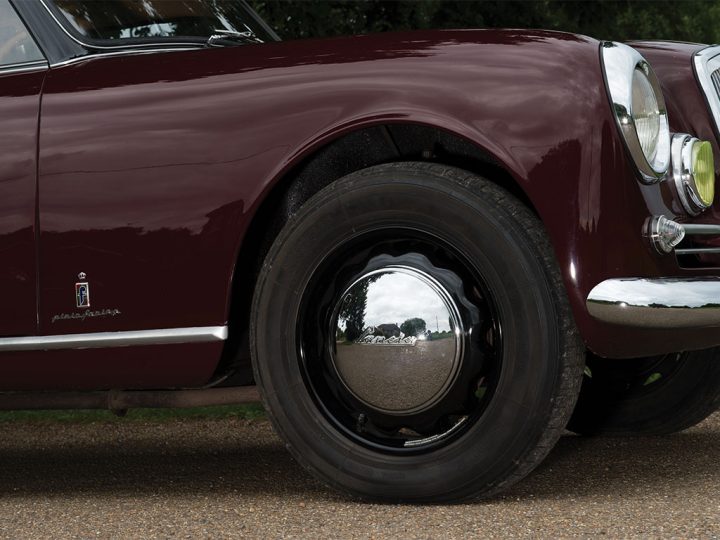 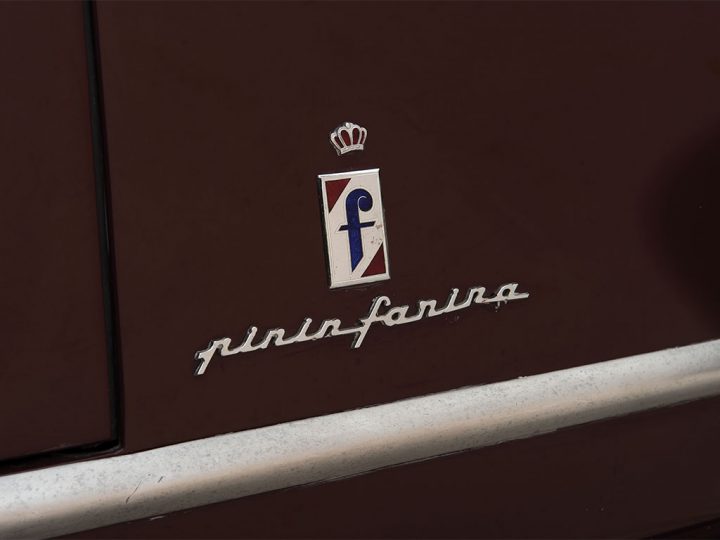 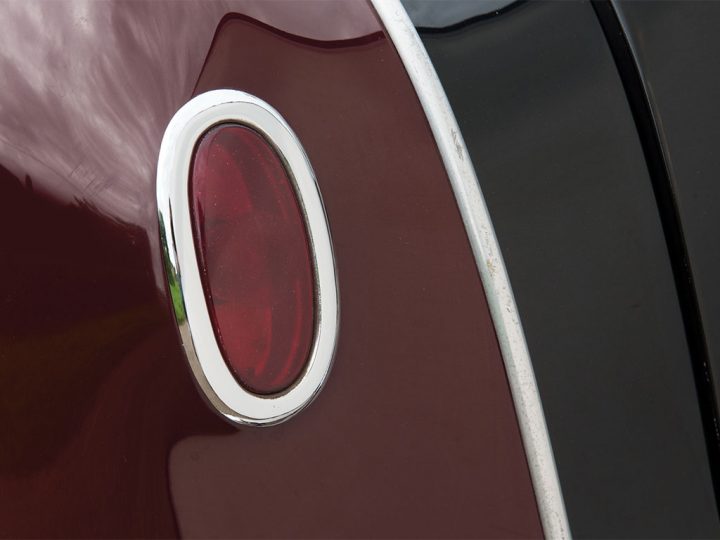 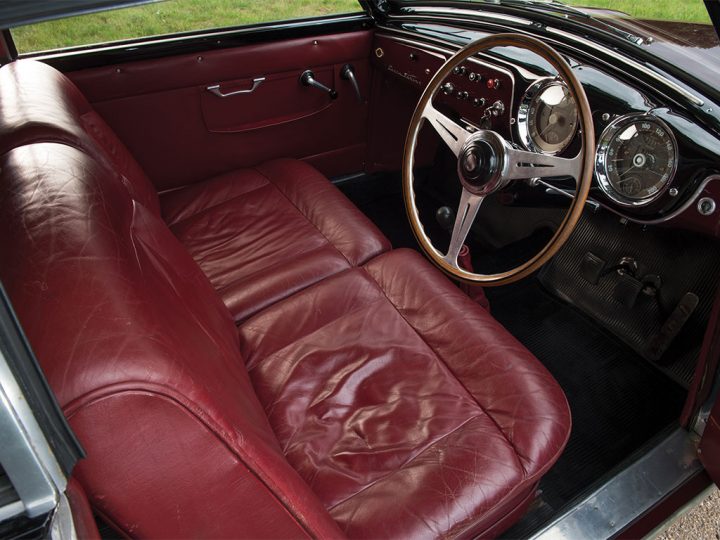 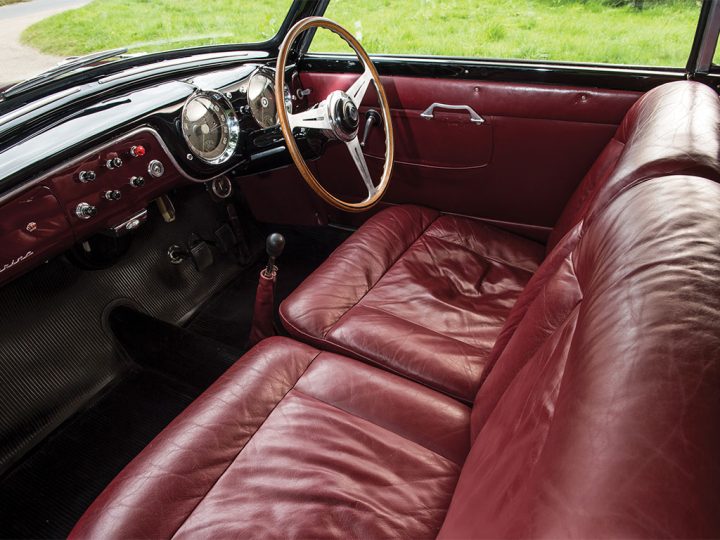 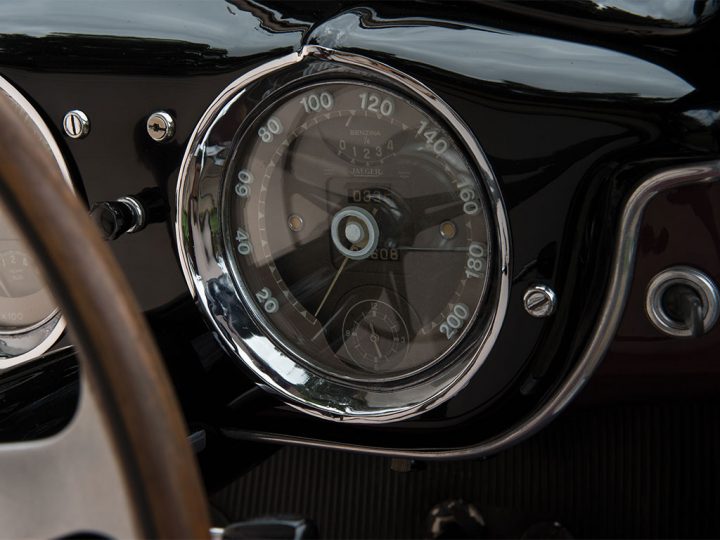 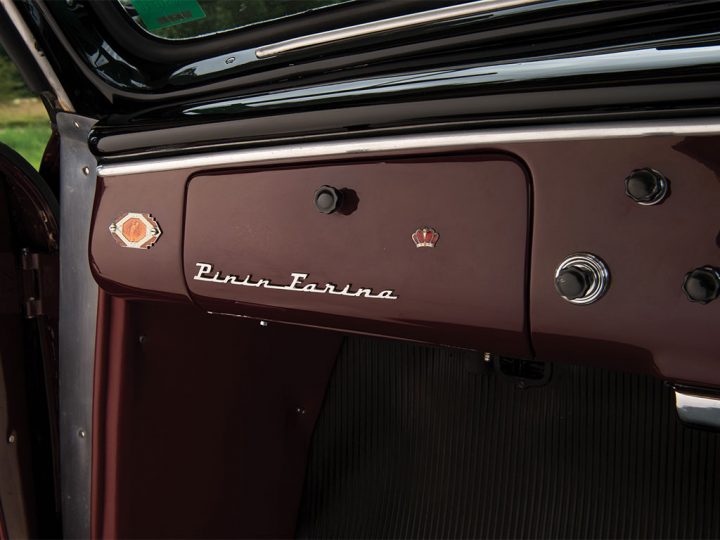 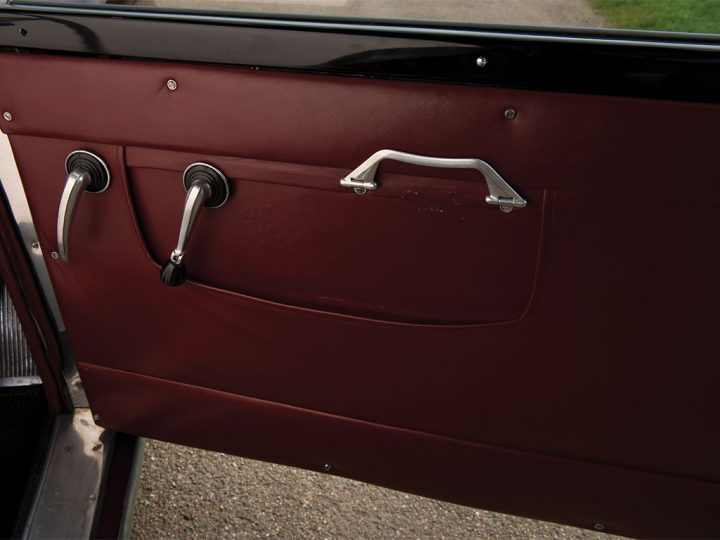 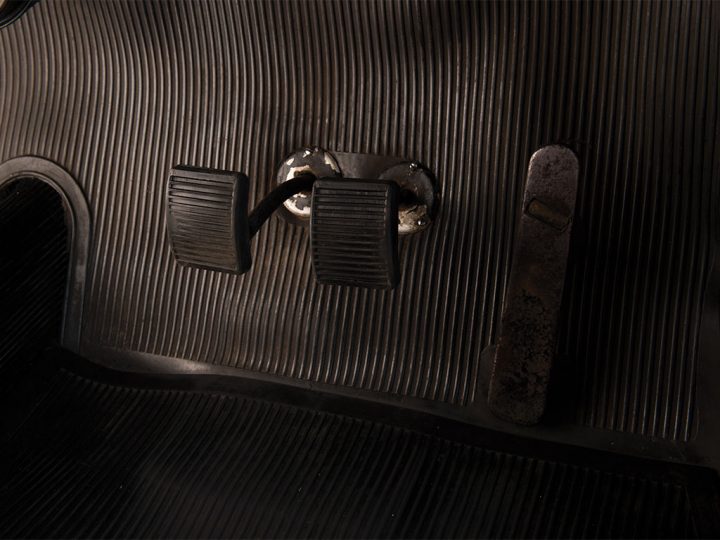 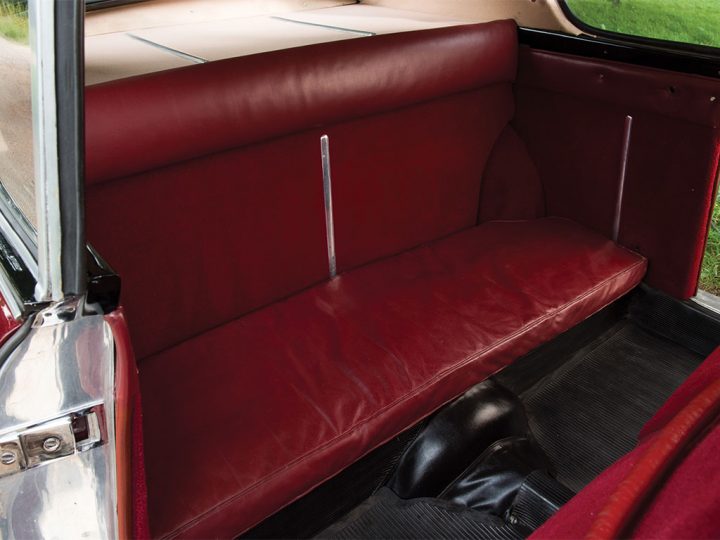 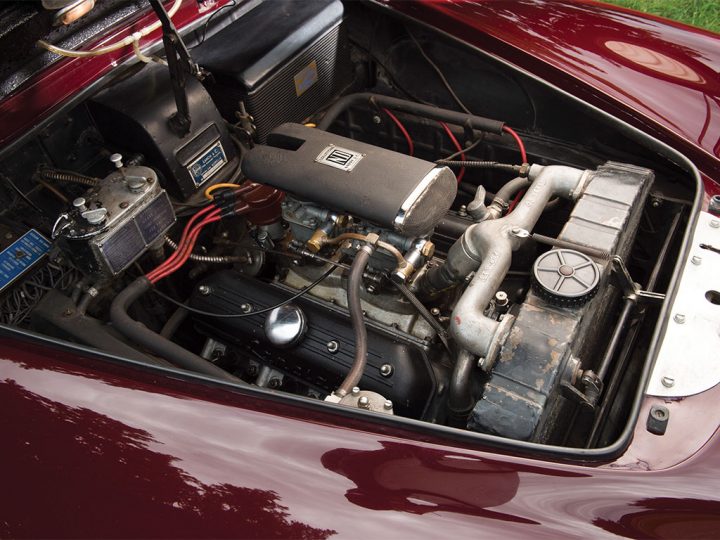 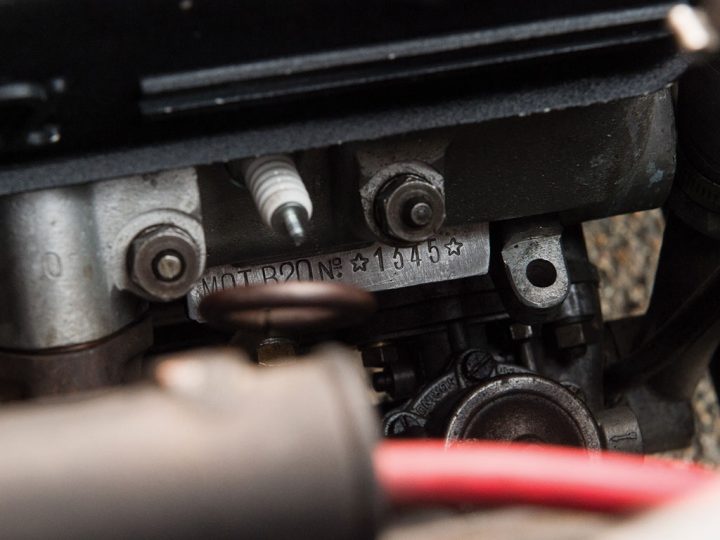 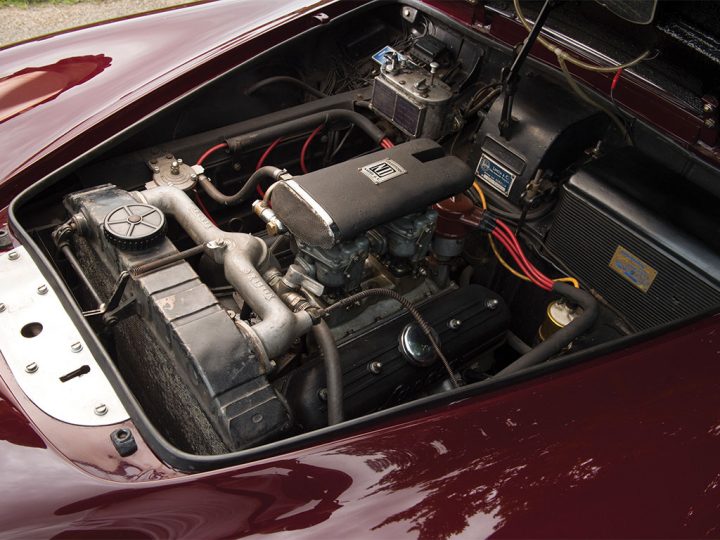 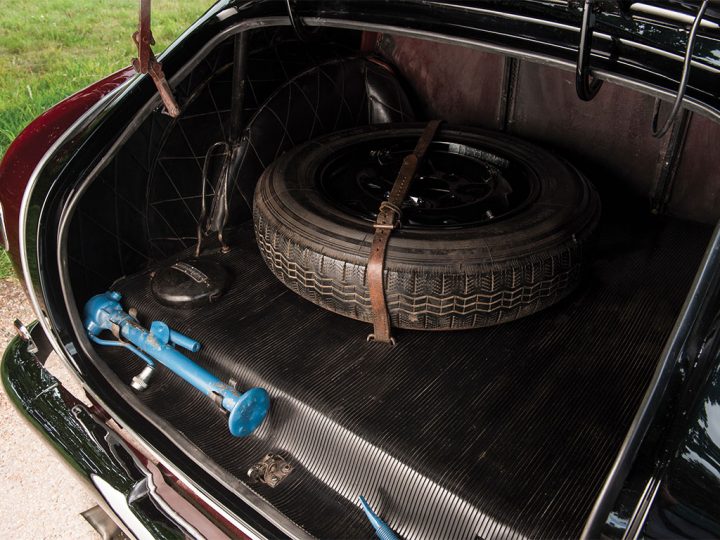 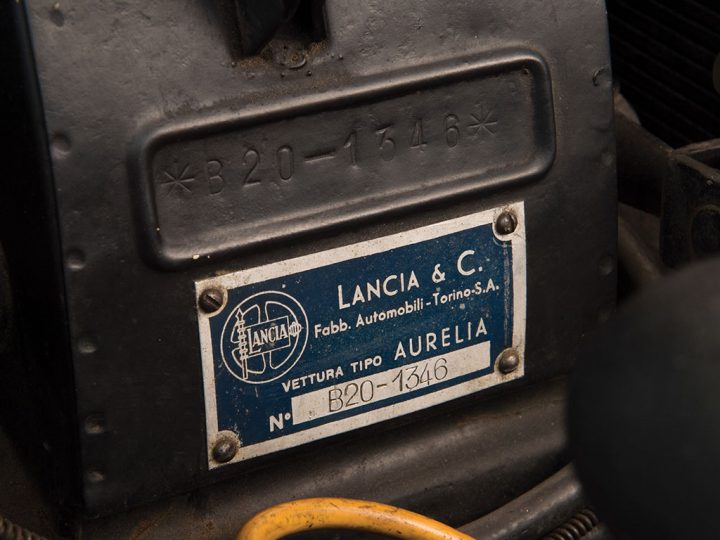