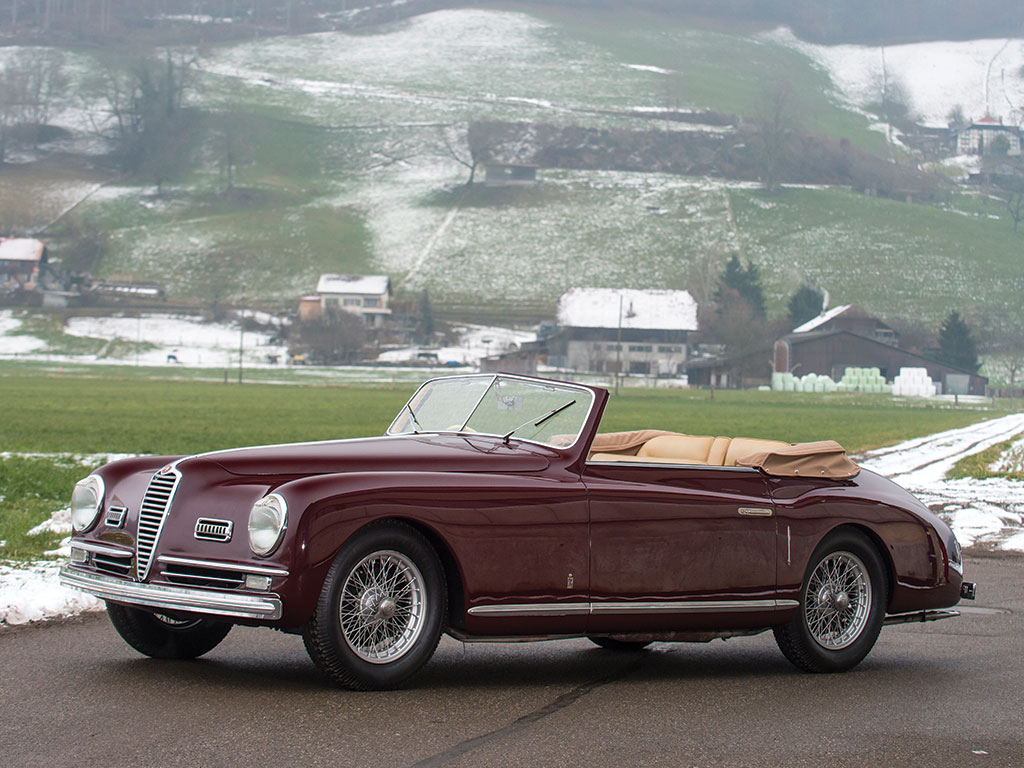 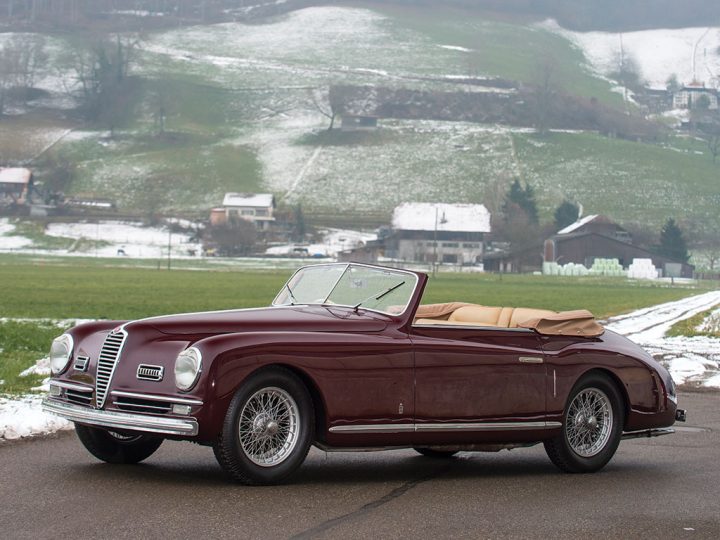 Called ‘The Last Great Alfa’, the 6C 2500 is the last in the long line of six-cylinder Alfas that began in 1928 with the 6C 1500. It heralded the end of an era for Alfa Romeo and was bodied by some of the most famous carrozzeria of the time – Touring, Bertone, Zagato, and of course, Pinin Farina.

Described by automotive author and historian Griffith Borgeson as a ‘bridge to post-World War II production’, the 6C 2500 model retained the 6C 2300’s independently sprung suspension while upgrading the engine. Bruno Treviso redesigned the classic straight-six engine, increasing the cylinder bore by 2 millimetres, improving the cylinder head for improved aspiration and increased compression. These improvements, along with a better fuel feed, helped the 6C 2500 become the first Alfa Romeo to reach 100 mph. The Sport configuration, with its lightweight bodywork, boasts a respectable 95 brake horsepower. 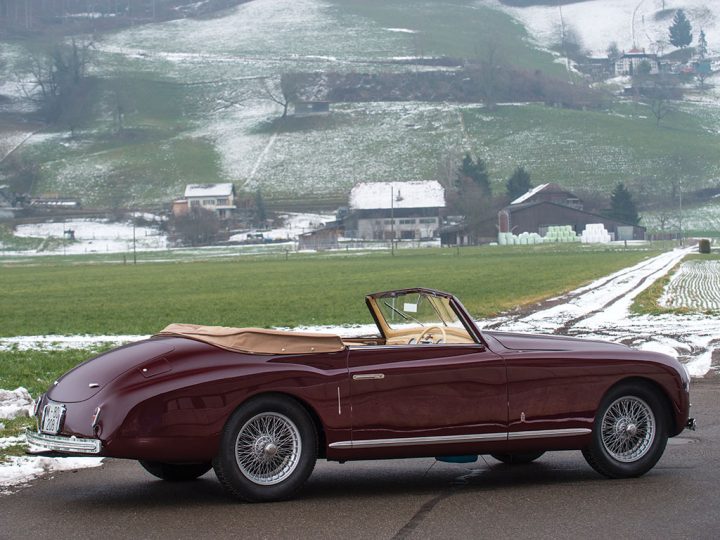 The 6C 2500 S presented here was delivered new in Spain, having been ordered on 28 October 1947 and delivered on 9 March 1948, through Alfa Romeo importer Ruiz Jimenez. It was sold to a Mr Dioniso, then head of the Madrid Stock Exchange agents, who gifted it to his mistress, Ms Emilia Sierra. The car retains an interesting additional data plate issued in Spain, which details its delivery to Ms Sierra. The car remained in its original ownership until 1987, when it was acquired by its second owner, who had the car restored and kept it well maintained before passing it to another owner. The body was found to be supremely original, aside from having been repainted, and had never seen rust or damage. 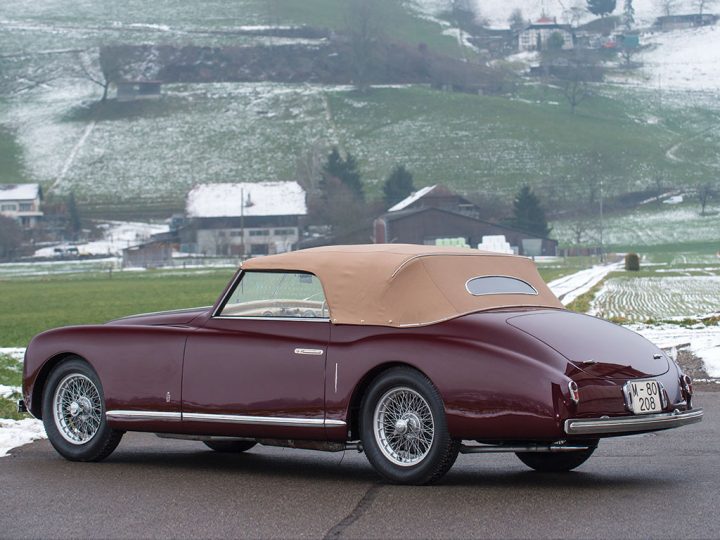 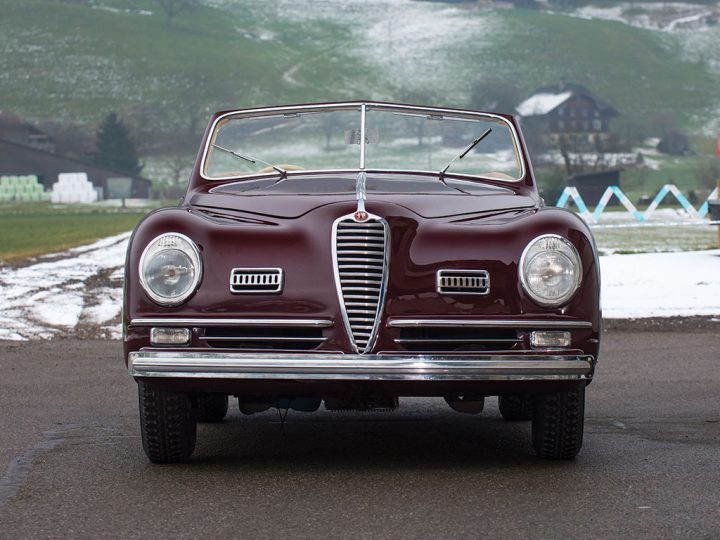 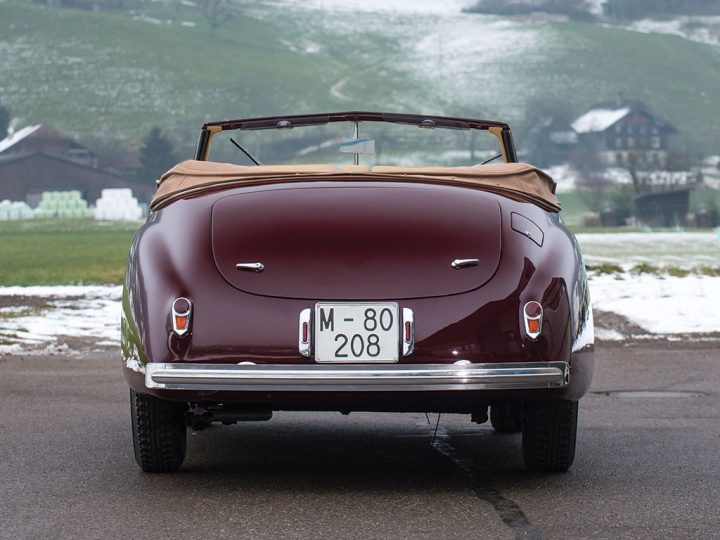 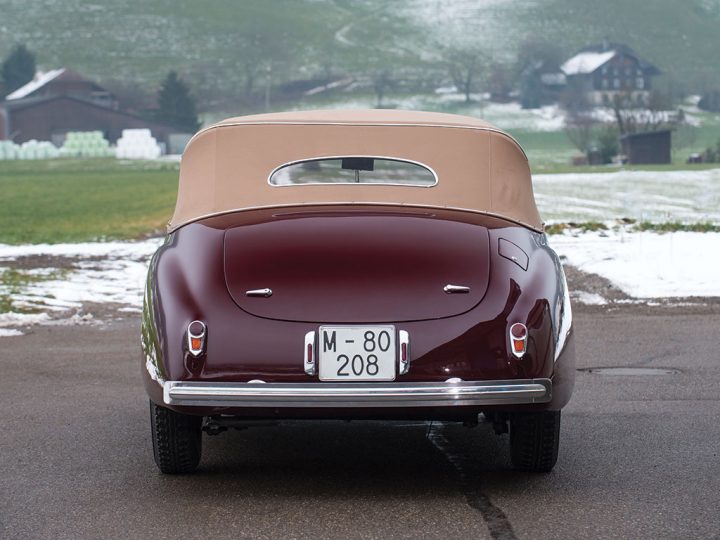 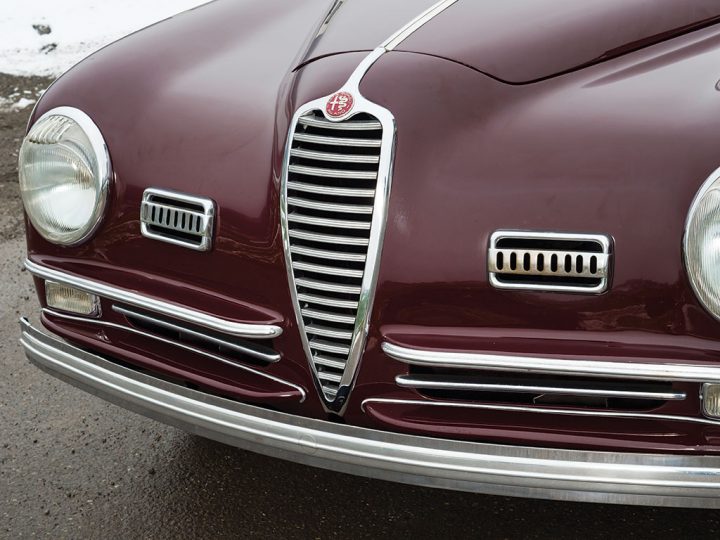 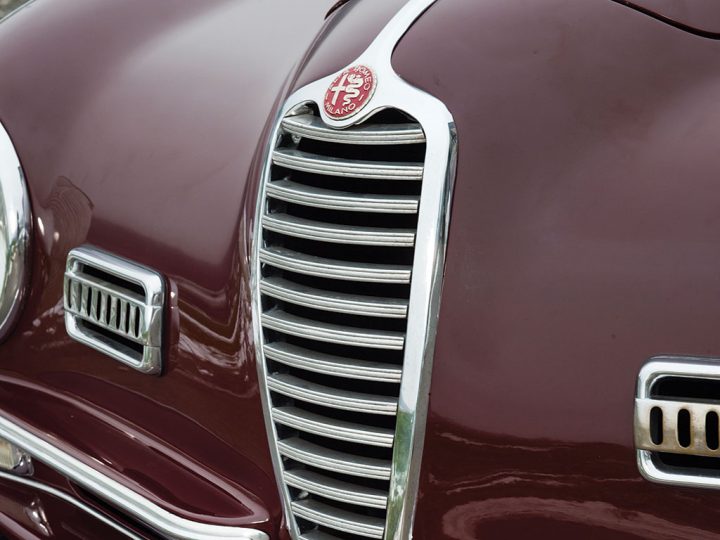 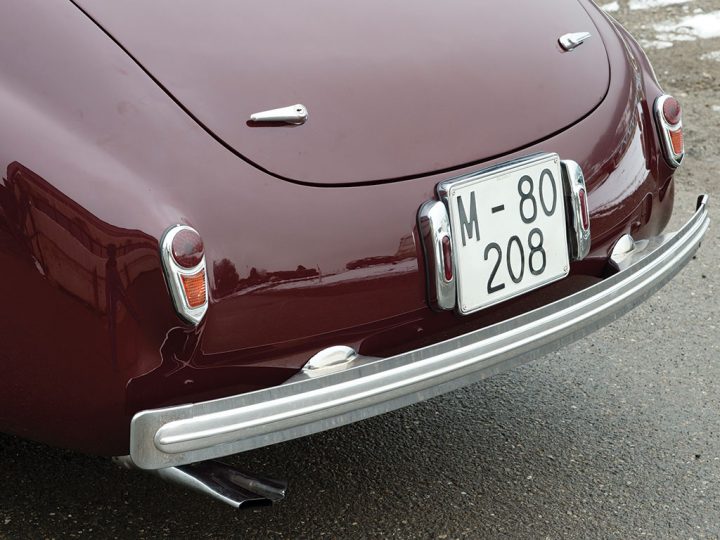 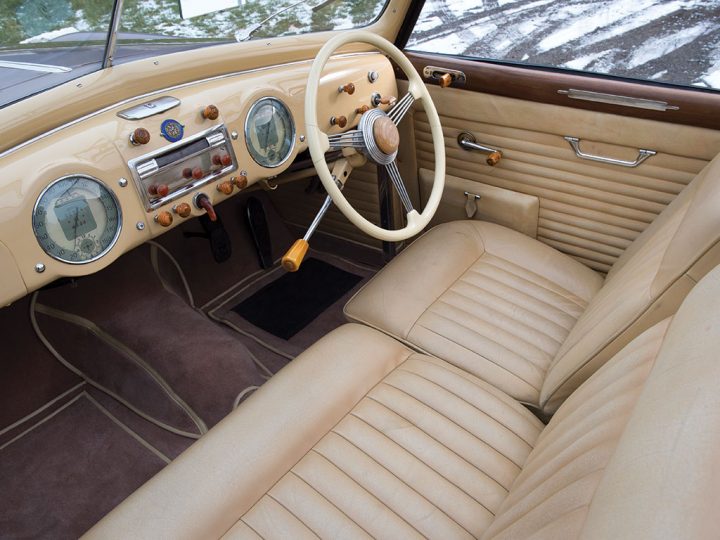 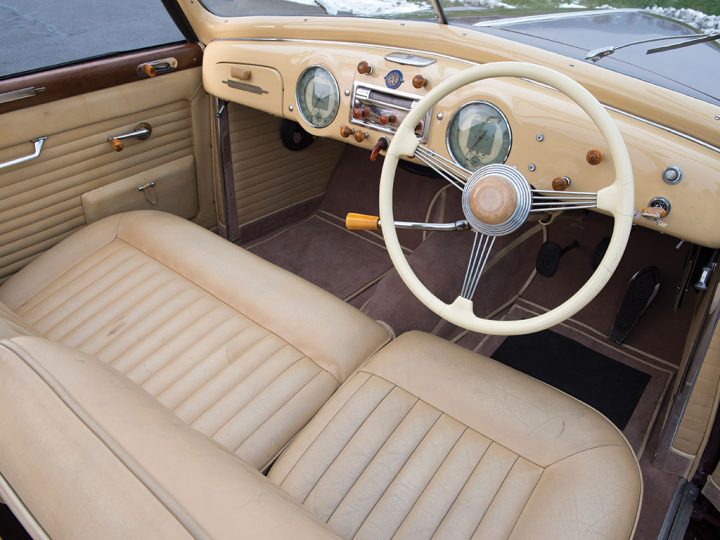 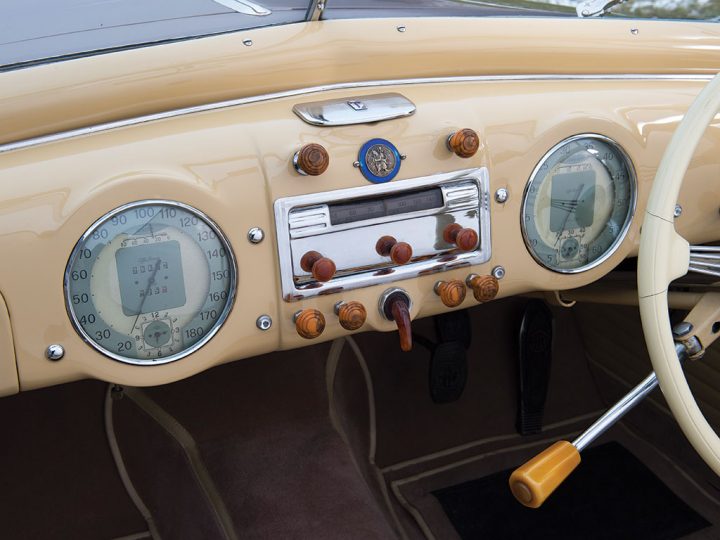 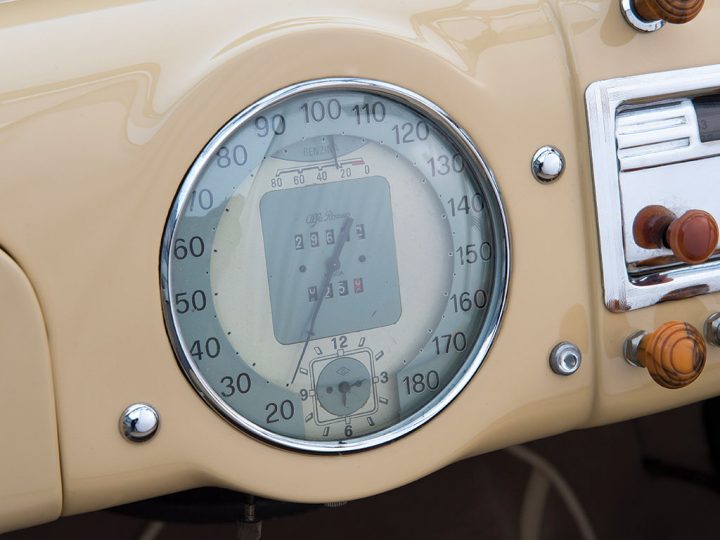 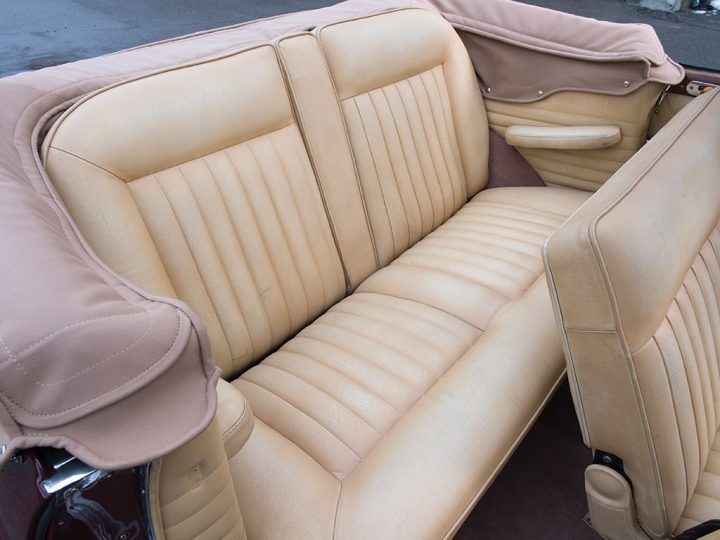 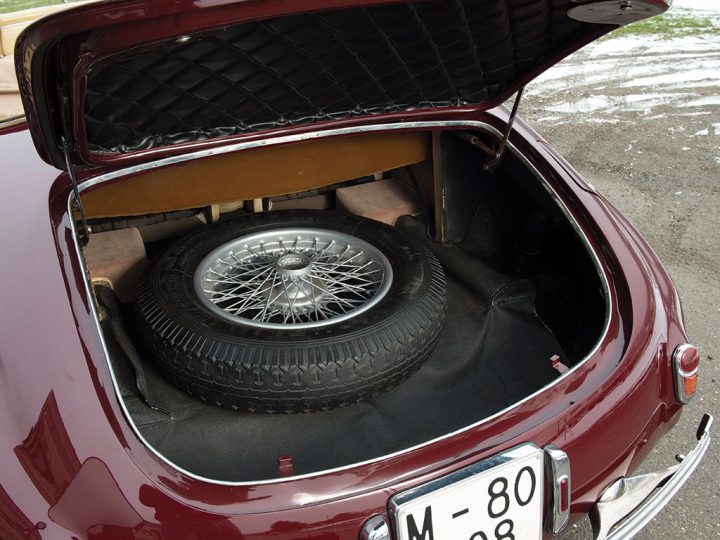 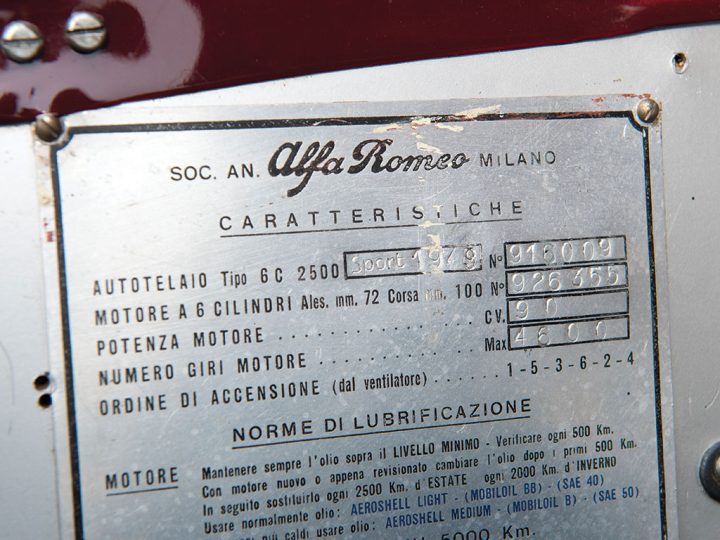