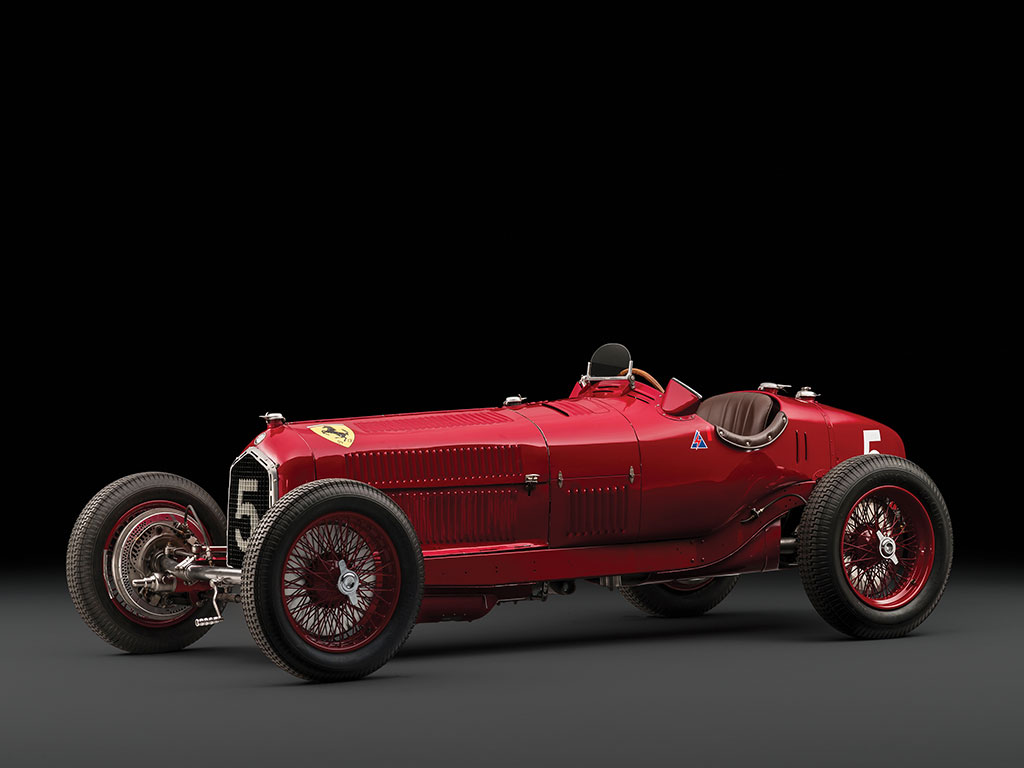 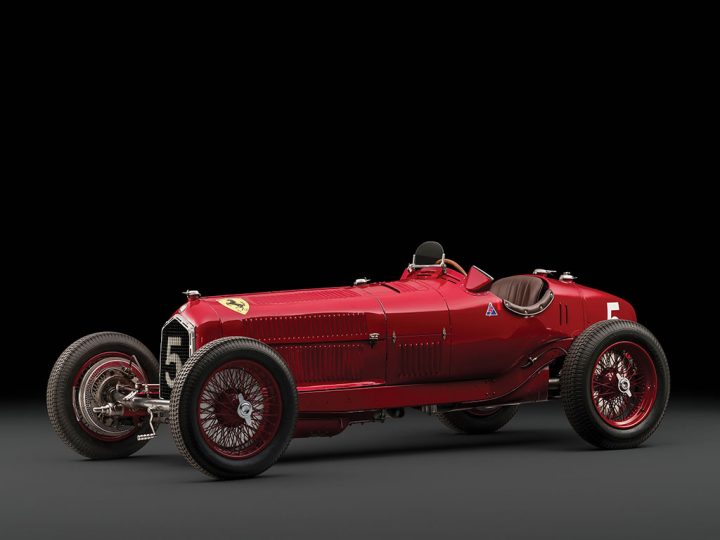 Chassis number 50006 is the sixth example of the seven second-series wide-body cars, and one of three originally fitted with the Dubonnet suspension and reversed quarter-elliptical leaf springs (as opposed to being converted by the factory following initial manufacture). Stamped with Scuderia Ferrari number 46, this car interchangeably participated in the campaigns of 1935 with the other Tipo B cars. Individual chassis records were not recorded by the factory or the Scuderia, so it is nearly impossible to determine with any certainty which chassis was used in any given race. It is nevertheless strongly believed that this car was piloted and tested by vaunted drivers like Nuvolari and Varzi. However, it can be proven that this car was indeed campaigned at the 1935 Masyrk Grand Prix in Brno, Czechoslovakia, with Antonio Brivio, placing 4th overall. For the 1935 season, the Tipo B proved to be a highly competitive car and accrued a number of overall victories that year, including at the Targa Florio, Modena Grand Prix, and the Nuvolari’s highly celebrated victory at the German Grand Prix at the Nürburgring 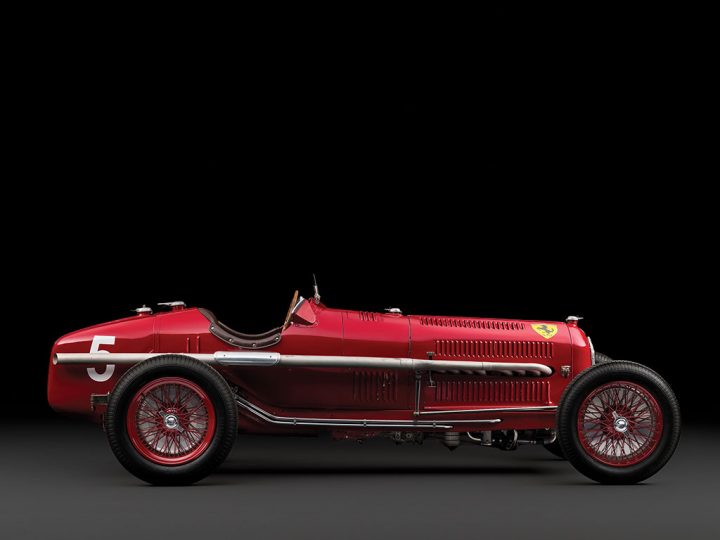 In late 1936, the Scuderia Ferrari sold this P3 to Frank Ashby, an English engineer who ran the car at the Brighton Speed Trials in October. He continued to campaign it in hill climbs and other events over the next two years at venues like Brooklands. When the original engine began to crack, Ashby built and installed a new cylinder head and undertook modifications to the radiator and exhaust. His local racing exploits were covered by the British motoring press in magazines like Motor Sport and The Light Car. Ashby later emigrated to Sydney, Australia, where he reportedly befriended a young Jack Brabham and recommended engineering modifications that helped propel the talented driver to his successful multi-championship career. 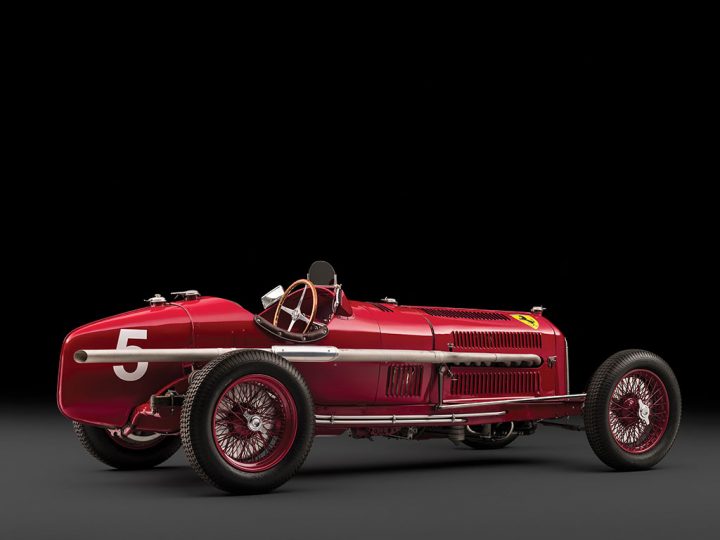 The Tipo B was sold in 1946 to Ken Hutchison, a wealthy British enthusiast who wrote about his experiences with the car in an extended cover feature in the January 1948 issue of Motor Sport magazine. The Alfa’s road manners were also described in a 1947 issue of The Motor as being ‘marvellous, even, and tight . . . the whole car seemed absolutely perfectly balanced.’ 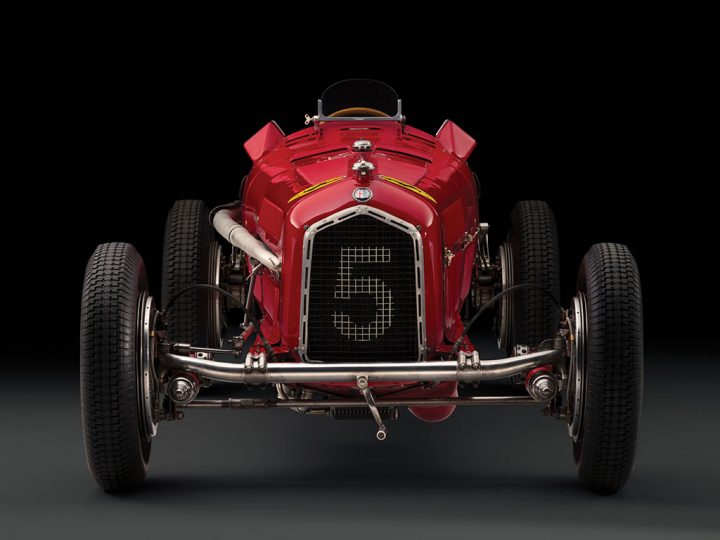 The car continued to see racing use through 1950, sold to enthusiast Joe Goodhew in the winter of 1949. In 1953, he sold the car to Josh McMillan of New Zealand, who immediately campaigned it in the New Zealand GP in January 1954. The Tipo B saw additional time on the local circuit through the ownerships of Ernie Sprague and Bill Harris of Christchurch. Leon Witte of Lyttleton then purchased the car and undertook restoration of the bodywork. 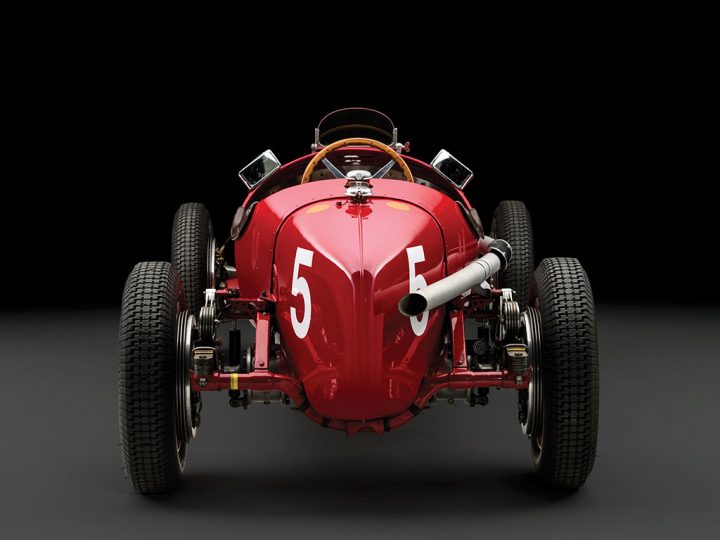 Prior to 50006 making its way to New Zealand, modifications to the bodywork were carried out to an otherwise extremely original 50006. During 50006’s life in England, a narrow body had been constructed and fitted. Leon Witte decided that the car should be put back to its original wider cockpit as campaigned by Scuderia Ferrari. At the time of restoration, Bill Clark owned 50005, and an exact copy of the original wide cockpit used during the Scuderia Ferrari era was crafted using 50005 as a guide. According to the noted Alfa Romeo historian Simon Moore’s Magnificent Monopostos text, it is believed that ‘only the centre section of the body had to be replaced, the rest being original’. Further evidence of this is noted in a photograph of both Leon Witte and Bill Clark with 50006 and 50005, respectively, with only the centre section appearing new. This is further confirmed by an inspection report on file. After passing to at least one more owner in New Zealand, the Alfa was purchased around 1990 by one of Japan’s foremost collectors, Yoshiyuki Hayashi. 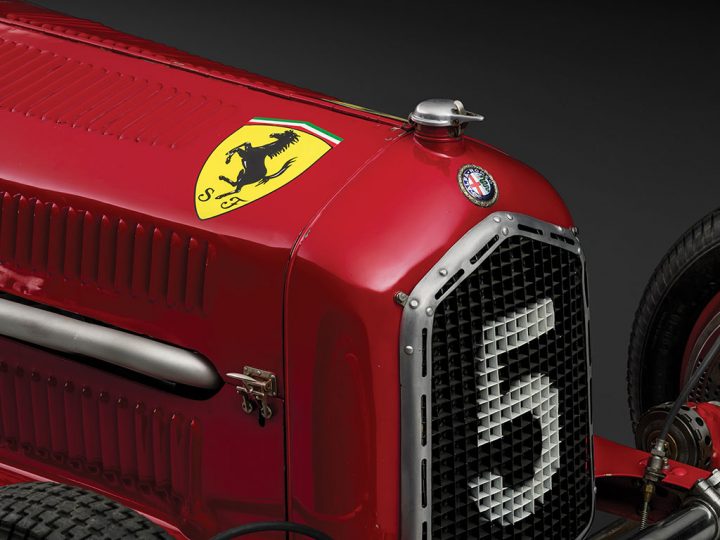 In 2000, chassis number 50006 was purchased by noted American collector Bruce McCaw, who retained the car until 2007. At that time, the Tipo B was purchased by Umberto Rossi, and he commissioned an inspection and report from both the esteemed Hall & Hall in Lincolnshire, England, and one of the most pedigreed British motor racing authors and experts (who had previously inspected the car during Hayashi’s ownership). 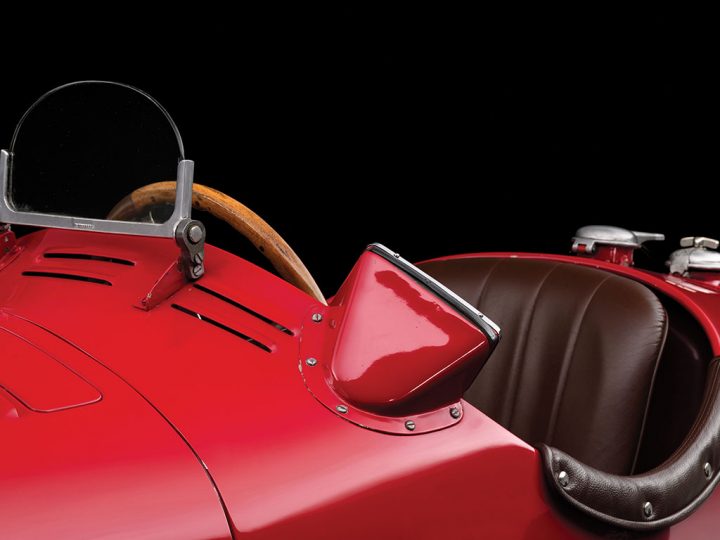 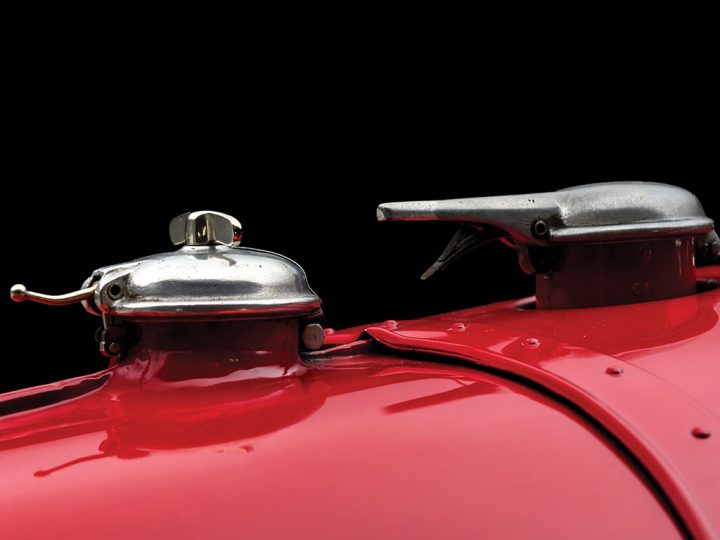 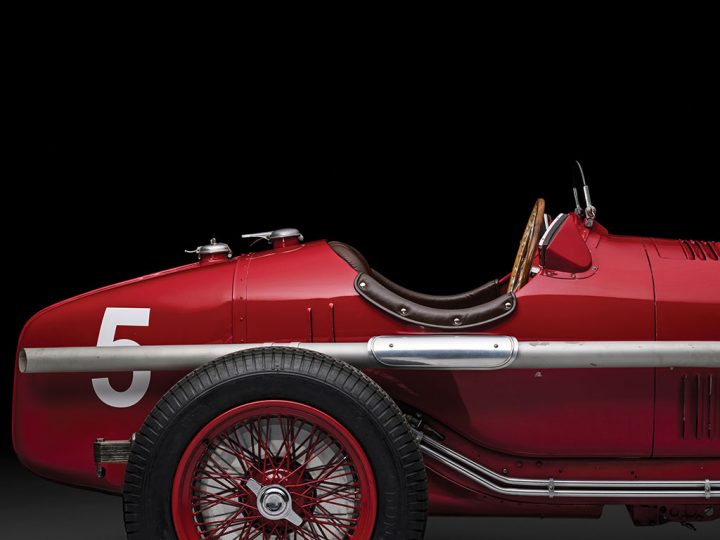 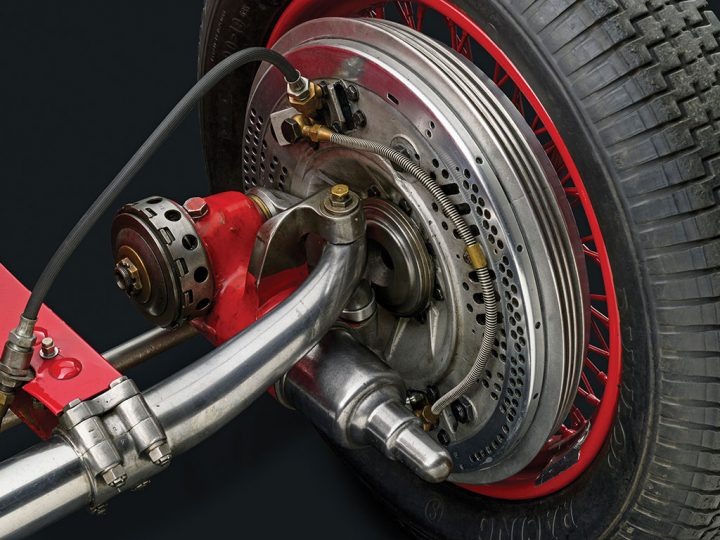 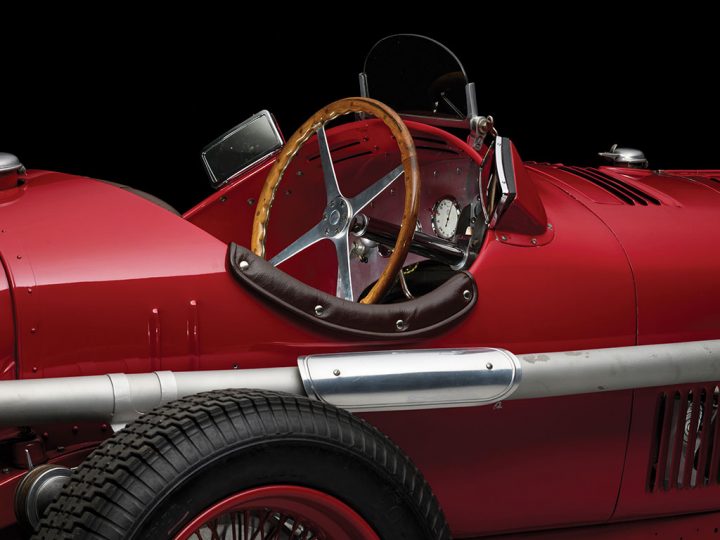 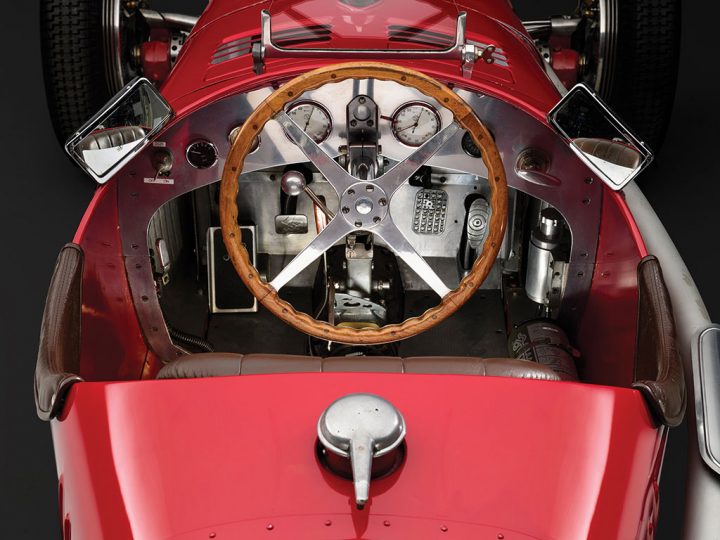 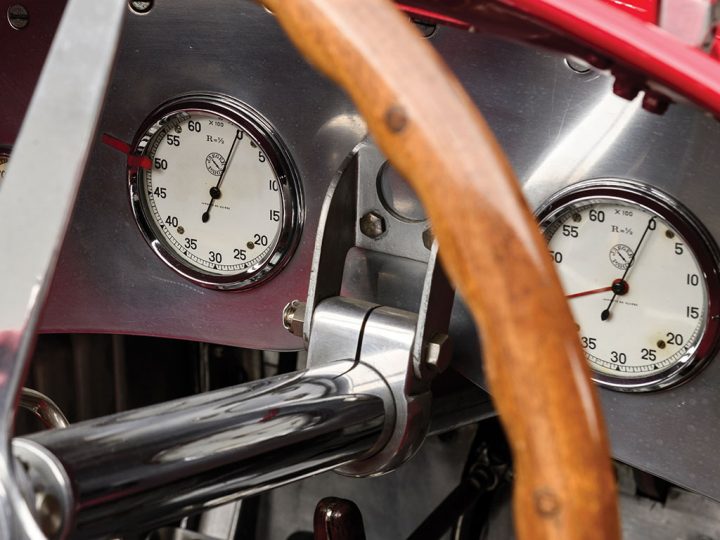 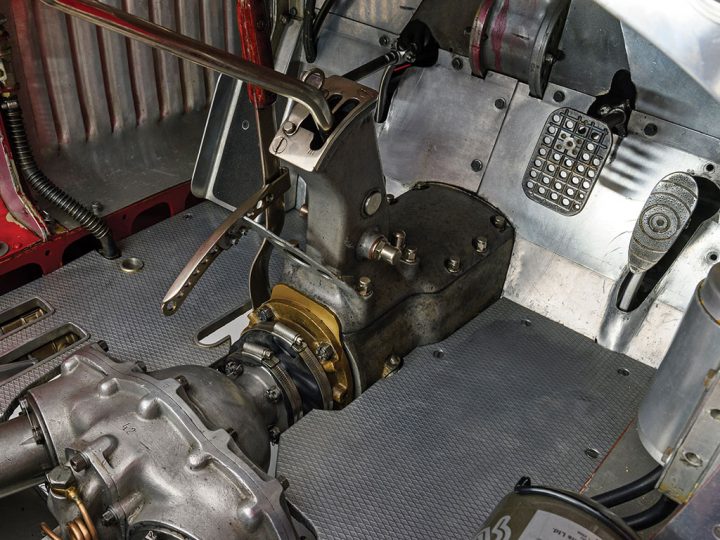 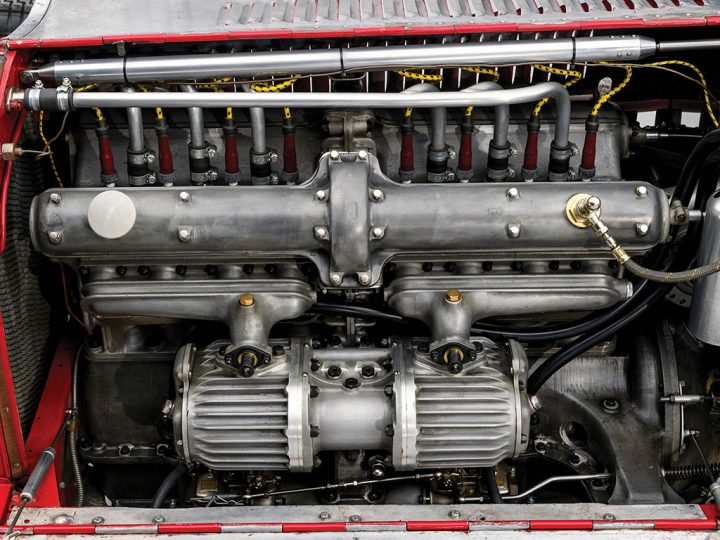 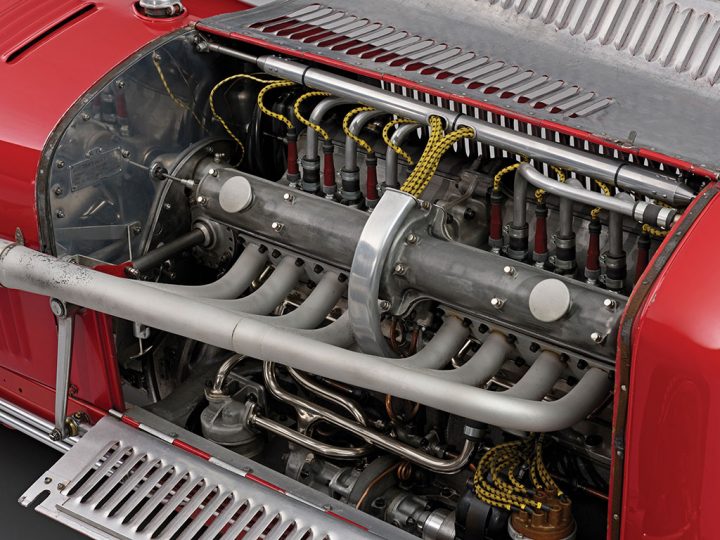 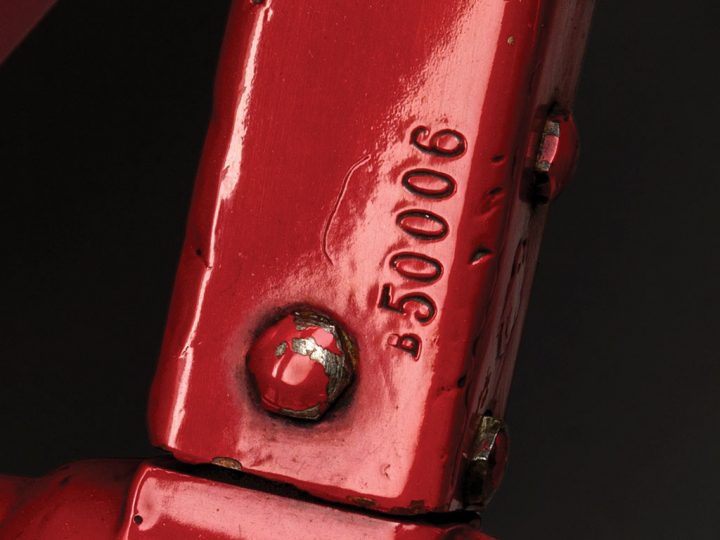 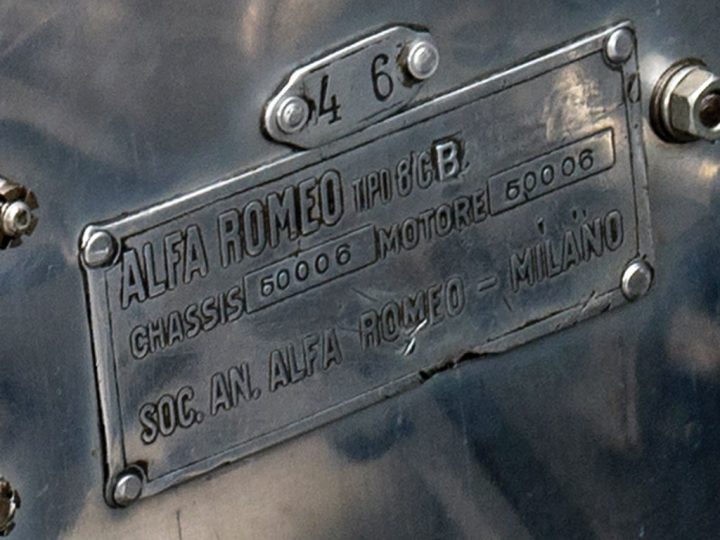