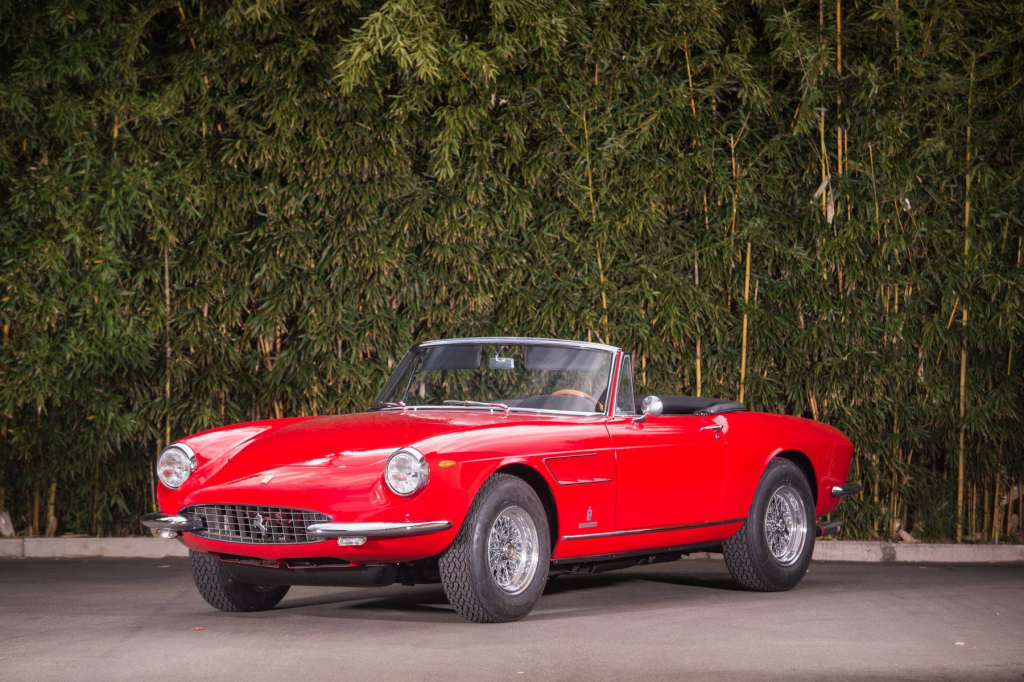 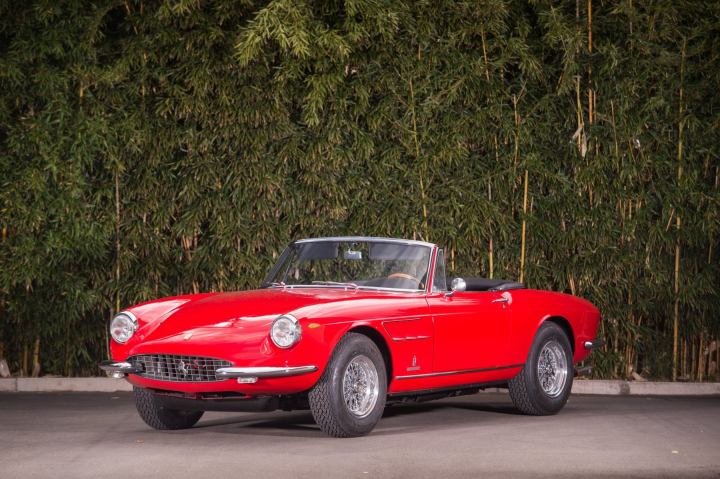 This Ferrari 330 GTS Spider was delivered new in September 1967 to Modern Classic Motors (owned by Bill Harrah) and quickly sold to an enthusiast in Los Angeles. It was originally ‘Rosso Cina’ red with a black interior, but it is quite likely that it was painted in the late 1980’s or early 1990’s in ‘Fly Yellow’. In 1993 the car was bought by Robert Pond, a collector based in the US, and remained in his vast collection for thirteen years.
In 1994, the car underwent a complete restoration while still in its ‘Fly yellow’ shade and then following the sale of the car in 2006 to another enthusiast, the new owner decided to restore it to a shade close to its original, in red ‘Rosso Corsa’. 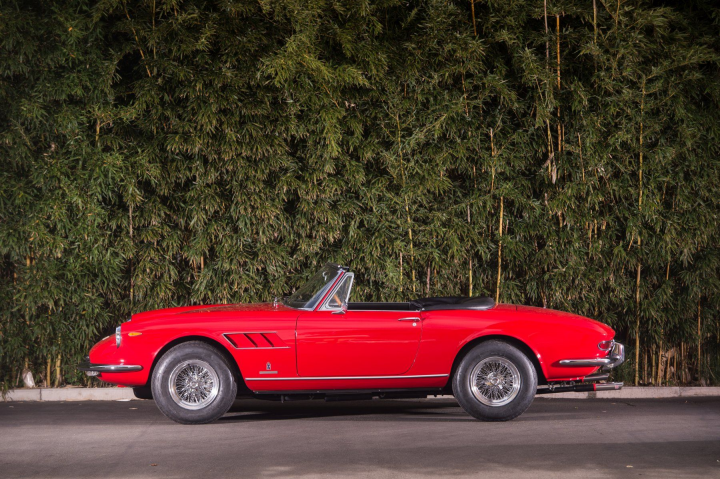 When sold to the subsequent owner, it was indicated that the car was equipped with its original engine (thus “matching numbers”) but a later inspection clarified that the engine number had been re-stamped. When the car was sent to Ferrari Classiche for certification, the Italian experts recovered the original number of the engine from the ‘numero interno’ and had it stamped back again. Thus the engine bears the number 10503, and is the correct type for this model and comes with its famous red binder to certify this. Ferrari also gave the car a complete overhaul replacing the exhaust manifolds, a revised gearbox and handbrake. The hood has been replaced and the new carpets match the original. To complete the set, the car has received new Borrani rims and tires. 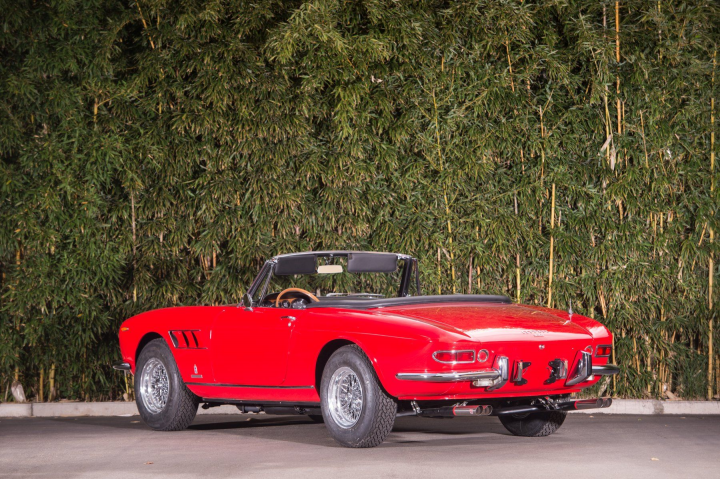 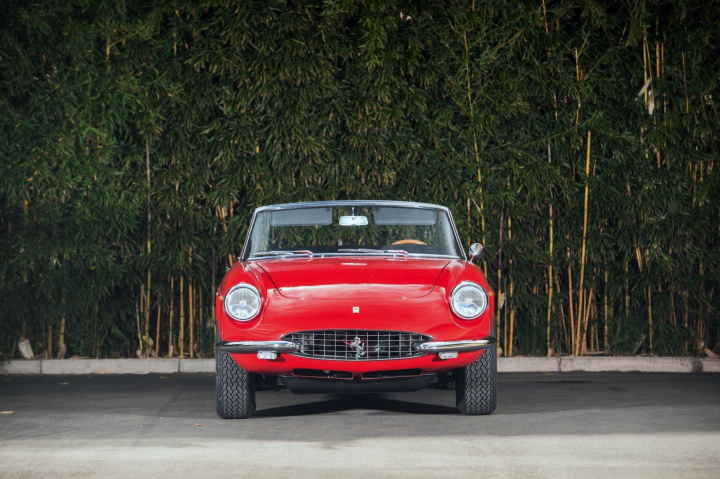 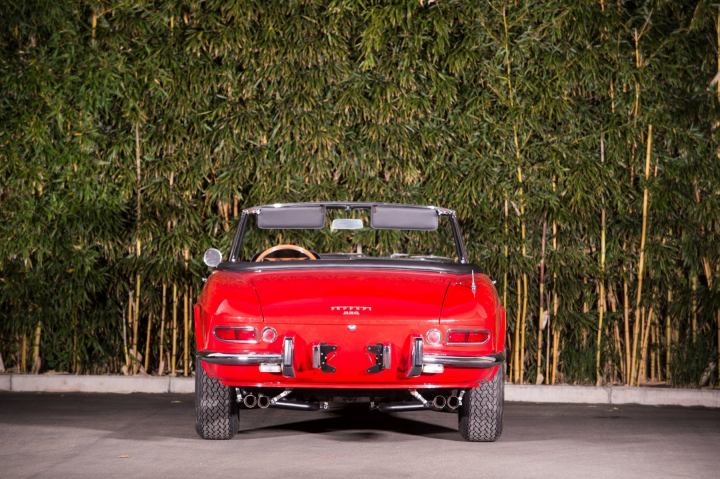 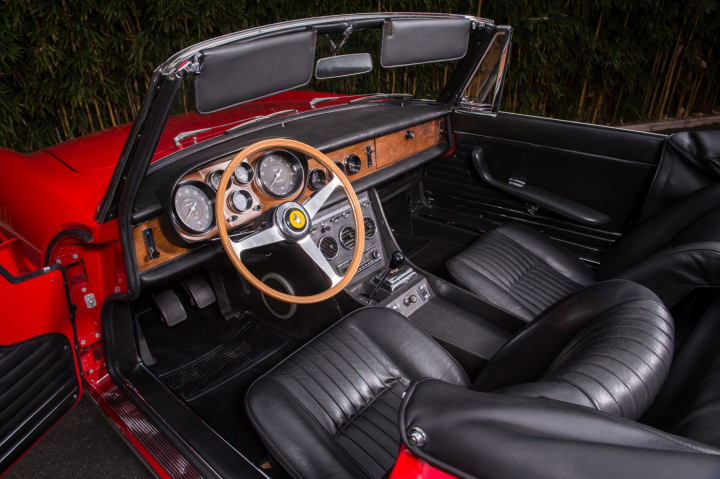 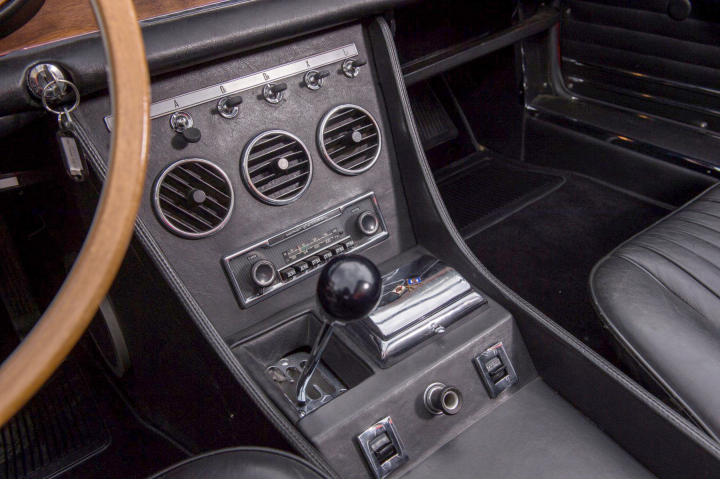 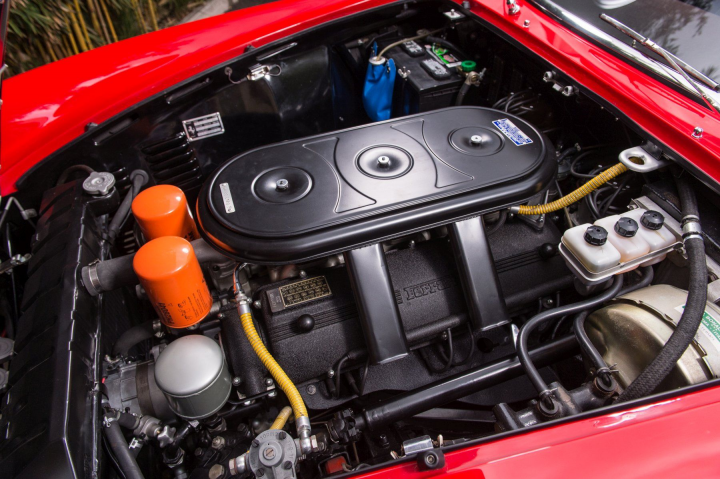 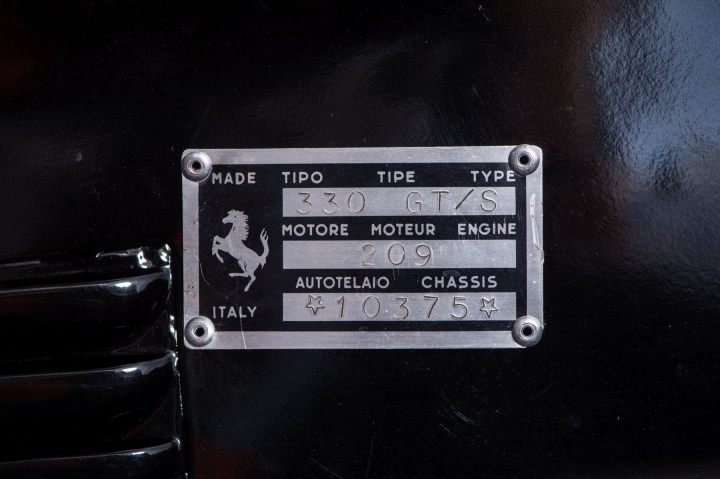