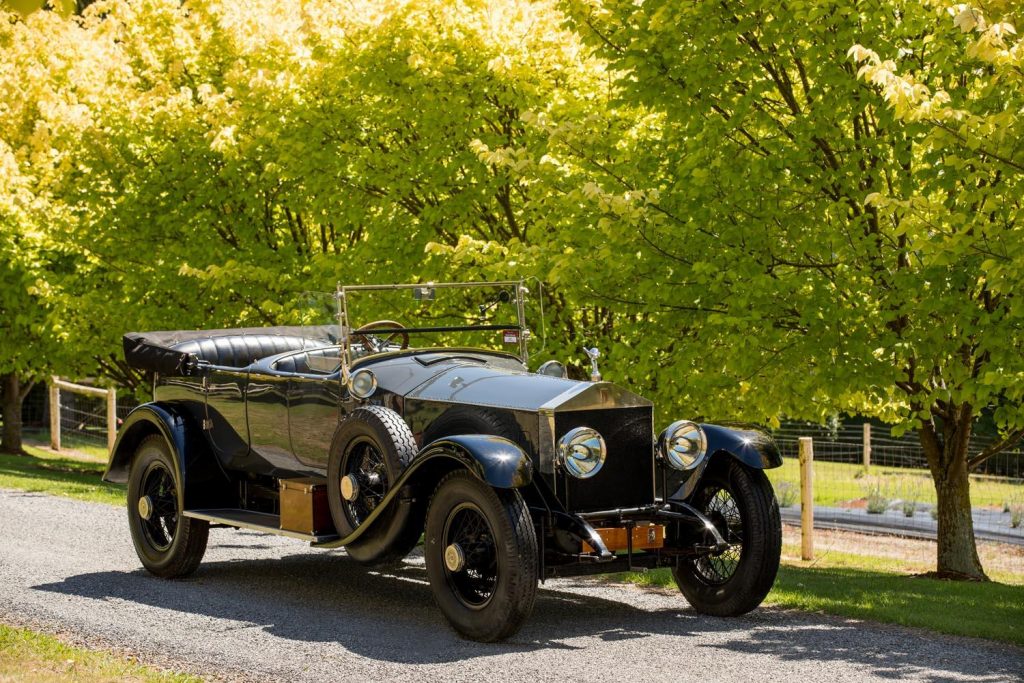 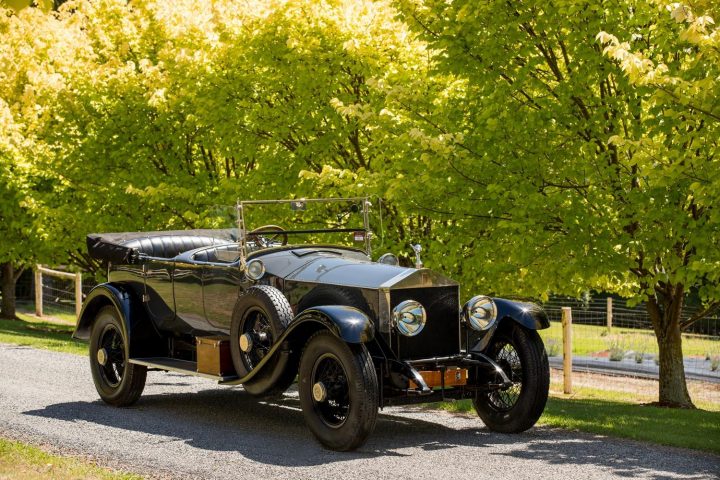 This standard 12ft wheelbase Rolls-Royce Silver Ghost, Chassis 25JG, engine O456L, came off test at Goodwood in early October 1921. It was shipped on the SS Karamea on 22nd October 1921 from London to Dalgety of Melbourne where it was fitted with a touring body by the renowned coachbuilders Waring Brothers, for Mr William Raper, of Melbourne. 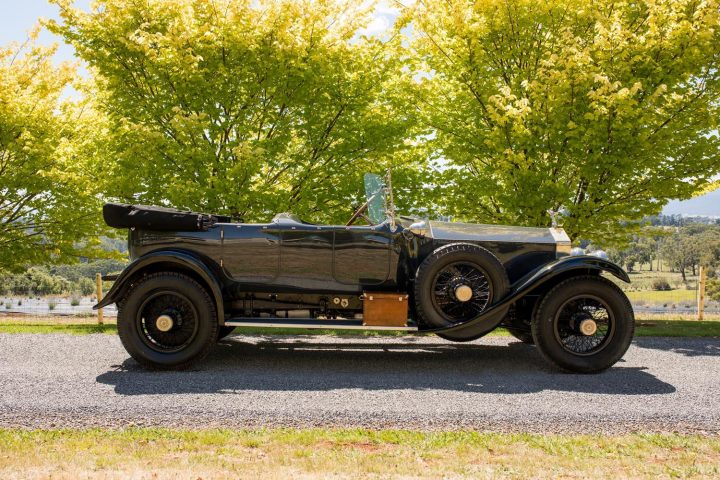 In 1929, registered as VIC-188-638 it passed from Eric Raper to Mrs E Boyd of ‘Wuurung’ in Camperdown Vic. Around 1934 it had a fabric saloon fitted by another notable Melbourne coachbuilder, Martin & King. At the same time twin carburetors and a column gear-change were fitted. Registration changed several times, VIC-GX-895; VIC or NSW-EY-018; VIC-UC-364 as did its owners and usage: Thorold Gunnerson, Melbourne; as a utility vehicle for W. Campbell of Swan Hill, Vic; in the 1960s as a truck for P.Johnston, Vic; then in the late 1970s/early 1980s re-bodied for Gerald G. McKenna of ‘Annek’, Baynton Vic. as a Bradbury replica of a Smith & Waddington of Sydney tourer, registered VIC-1-058. In the 1990s 25JG was in the hands of Gordon Cooper of Victoria, who sold the car to Peter Crauford c1988/9. Indeed, it was Peter Crauford the President of the Australian chapter of the 20-Ghost Club (the oldest Rolls-Royce club in the world, and dedicated to pre-1940 Rolls-Royce cars) who arranged for the re-bodying of the car on behalf of McKenna by the Sydney coachbuilder Bob Bradbury. Bradbury had built a somewhat similar body for Crauford’s previous Silver Ghost 8CE. Payment for the body was made in the form of McKenna’s 1913 Hotchkiss chassis and a 1913 Sunbeam. 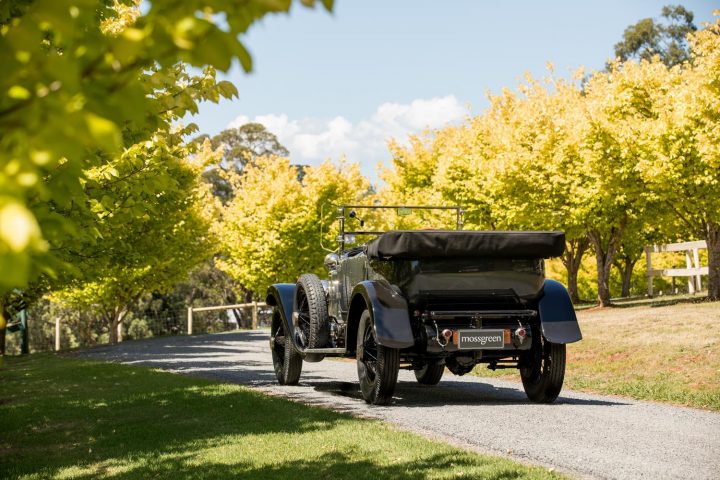 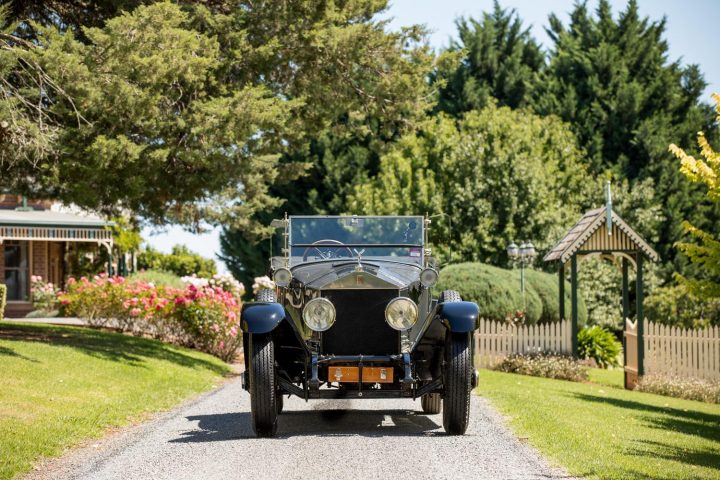 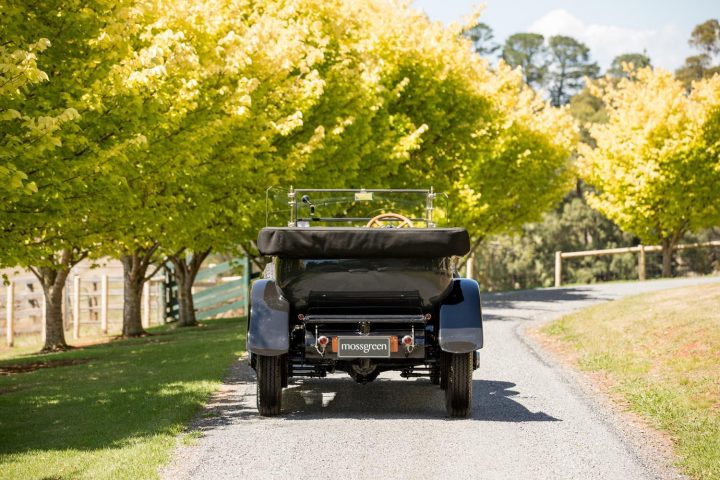 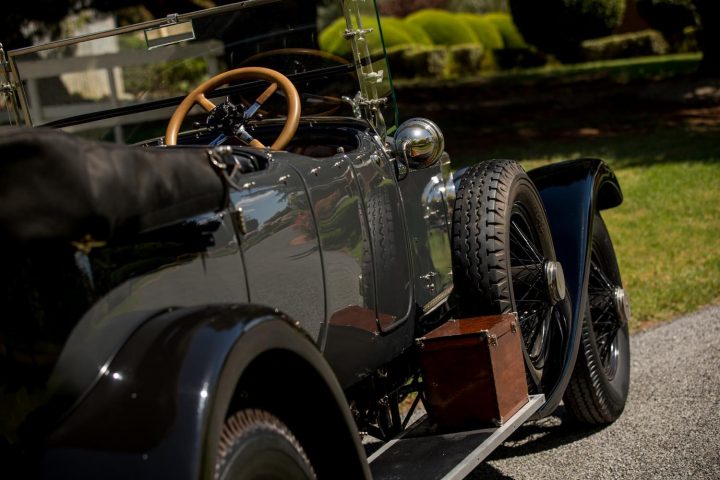 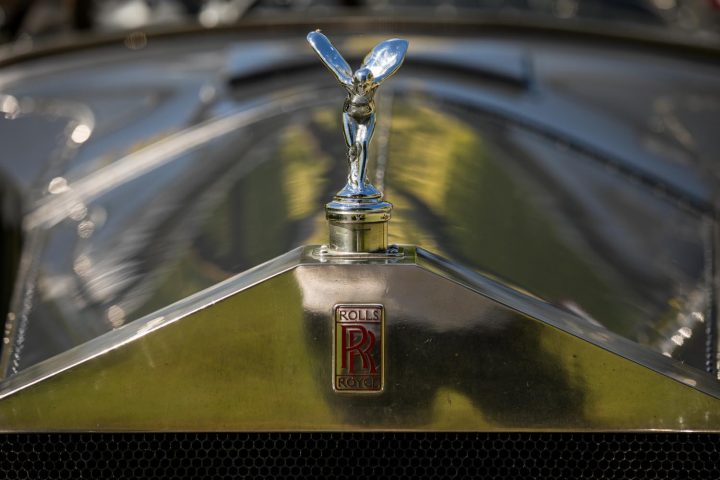 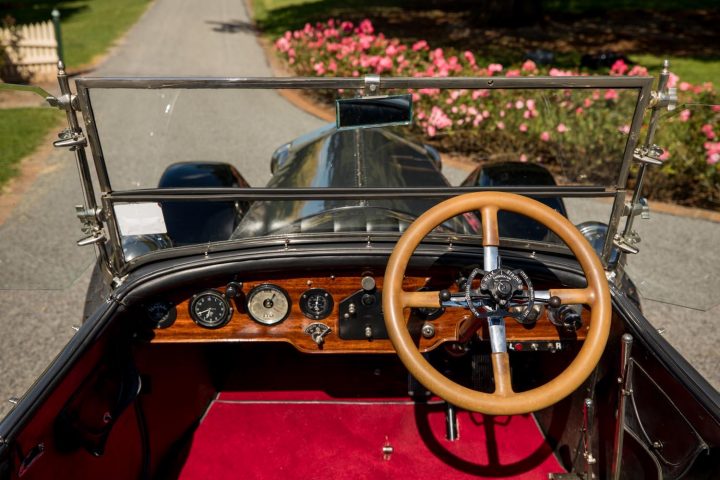 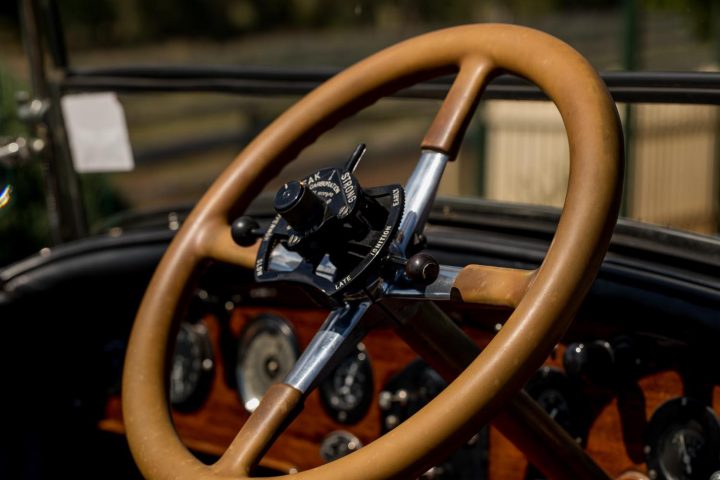 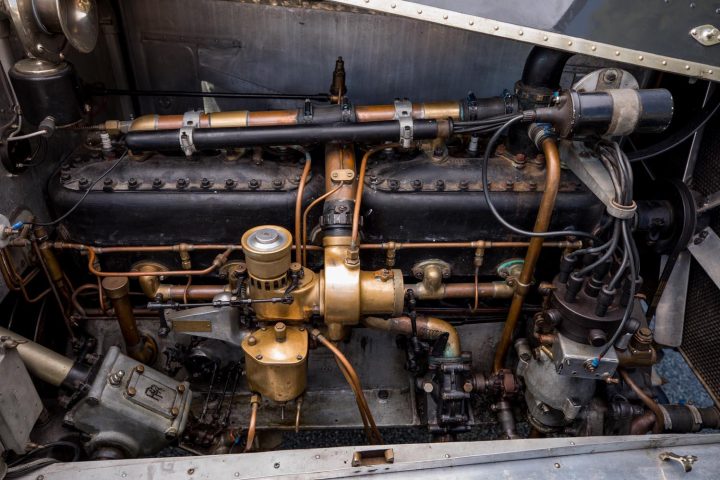 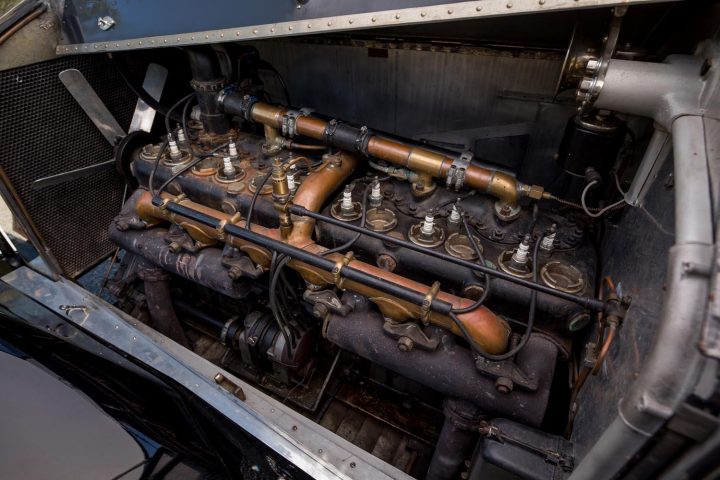