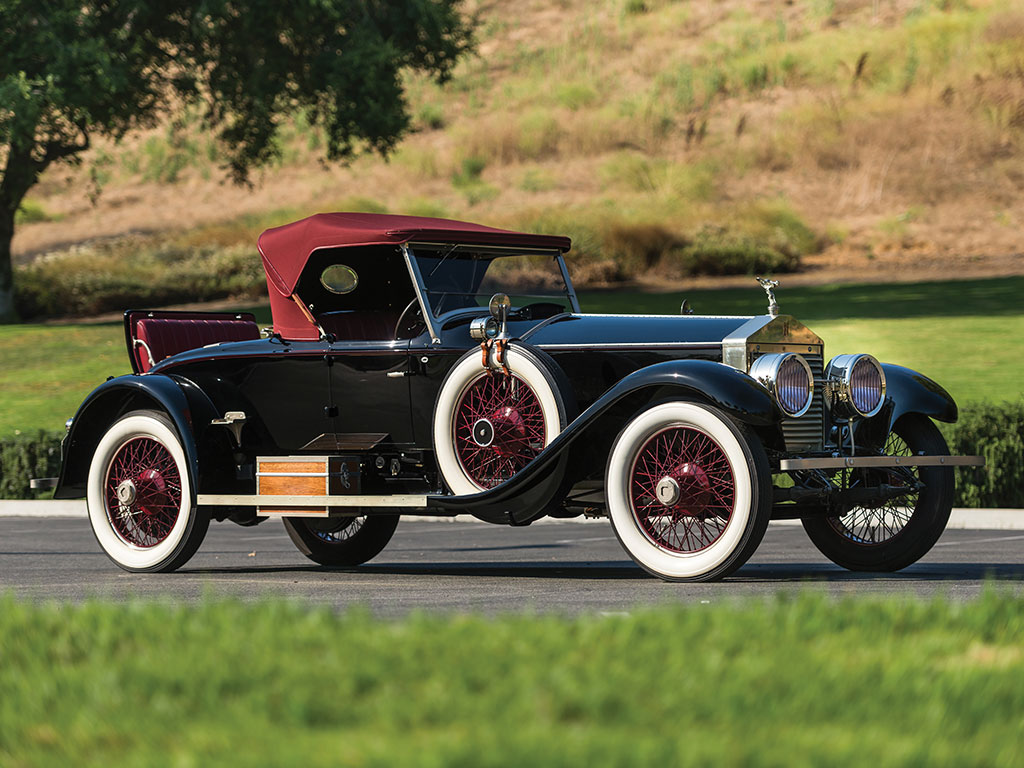 Lightweight sporting bodies for the American “Springfield” Rolls-Royce Silver Ghost were rare indeed, but they did exist, most prominently the Piccadilly Roadster, provided by Massachusetts bodymaker Merrimac. One hundred and five examples of the Piccadilly were produced for the Silver Ghost; relatively few of these were used on new chassis, making “original coachwork” Piccadillys highly desirable.

That offered here, one of those fortunate automobiles, was delivered to its first owner, B.M. Taylor of Boston, on 17 January 1924. Subsequent owners were Mrs. Louisa F. Connely, Peter Knoefel, and a Mrs. Wagner. In 1939 the Rolls was purchased by Boris Lakusta, of San Rafael, who would drive it in the California deserts for over 30 years. It was then acquired by longtime Pebble Beach Concours co-chairman Lorin Tryon, who in 1983 sold it to Bill Dobson. Mr. Dobson, in turn, passed the car to dedicated Rolls-Royce collector, Pebble Beach judge, and friend to many, Dr. James Stickley, in 1989.

Well-known craftsmen Abe Guise, Rick Hamlin, and the late Mike Standifer completed a full restoration of the car; Dr. Stickley recalls that the car remained largely original and intact, aside from smaller wheels and a cut-down windshield, both of which were reversed to the original specifications. Fresh out of its restoration, it was exhibited at the 2003 Pebble Beach Concours d’Elegance, winning 3rd in Class. It was then sold, right off the 18th green, to the current owner, who beat a rather frustrated Jay Leno to the car by literally moments. In its present care the Rolls has been very well maintained; indeed, it appears to have little or no wear since its restoration, and is still virtually “fresh” in all respects.