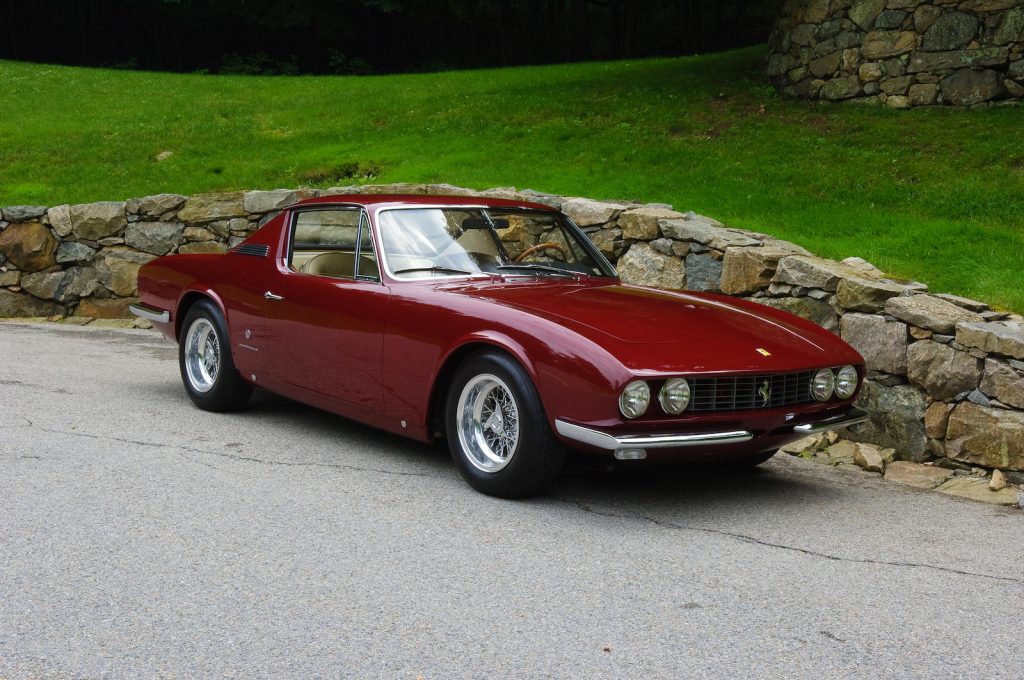 In Ferrari’s early days it was commonplace for the company to sell a rolling chassis to be bodied by a third party design firm. In many cases, this outsourcing resulted in completely unique examples, examples which made the Ferrari story so interesting and lush.

Starting with the 250 series of cars, including the Europa, Coupe and GTS, Ferrari standardized their design language for each large scale production model. In the late sixties, individual car design, especially with regard to Ferrari and custom bodies, was on a decline. However, creative customers, who appreciated the art of custom coachwork were able to convince Ferrari to go back to its old ways, and some fascinating cars were made.

Luigi Chinetti, the North American Ferrari importer, NART team owner, and long time, driver, winning the 24 Hours of Le Mans in 1949, had a knack for convincing Ferrari to alter his production cars to meet the demands of the American consumers. Built usually by commission, Chinettis specials were sometimes spot on, as proven by the 275 GTB NART Convertibles and this very unique Michelotti 330.

Built by Giovanni Michelotti of Turin on chassis #9083, this one-of 330 has substantial proportions, which were possible by turning a 330 2 + 2 chassis into a two seat coupe. Together, the long hood and trunk strike a balance, which can make the viewer forget just how large this car really is.

The History of Ferrari 330 GT Michelotti #9083 is short and sweet. It has had three owners and received a two year comprehensive restoration by Rod Drew in 1987. During the restoration the car was painted burgundy, despite having metallic blue as its original color. At the 1989 edition of the Pebble Beach Concours this car took the second place award.