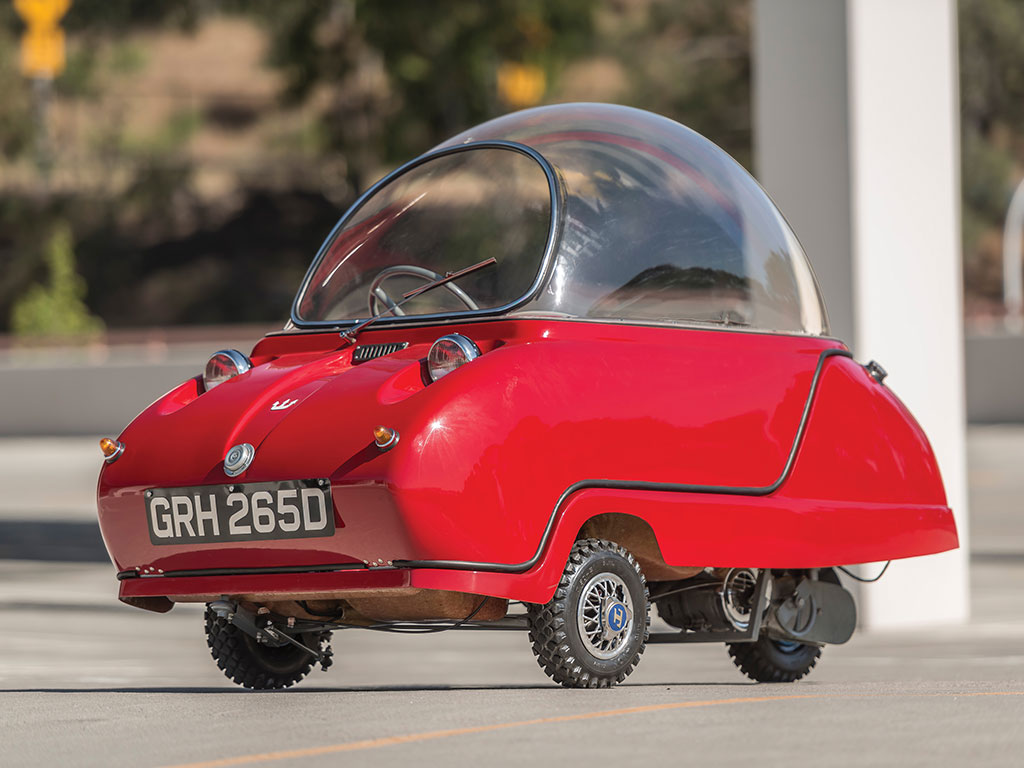 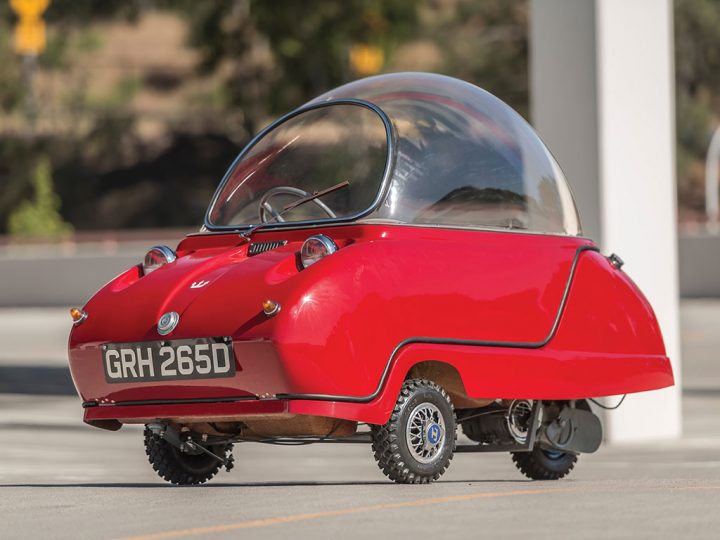 The Peel Trident was a further development of the famous Peel P50, which still holds the Guinness World Record as the smallest production automobile ever made. With a slightly larger body than the P50, the Trident was optimistically advertised as featuring “saloon car comfort with scooter cost.” 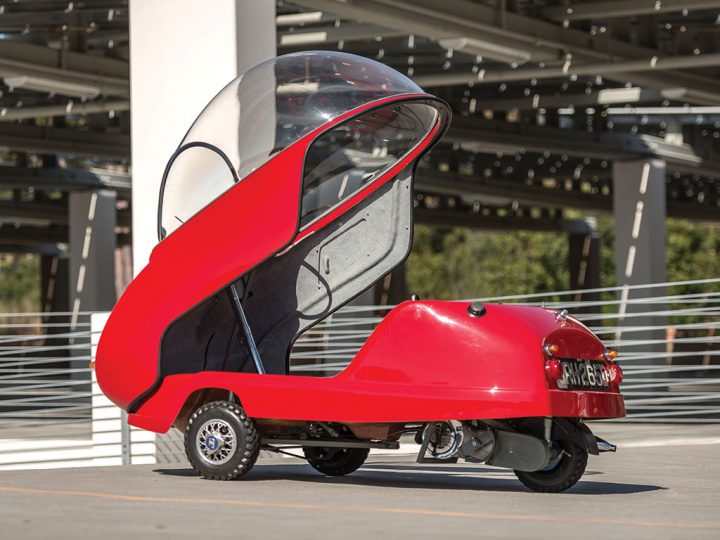 First unveiled at the 1964 Earls Court Motorcycle Show, the Trident featured a new body design but used the P50’s Zweirad Union single-cylinder engine and three-speed gearbox without reverse. It is said, however, that the last six Tridents produced utilized the 98-cc engine and automatic transmission from the Triumph Tina scooter. When featuring the 49-cc package, it achieved an advertised top speed of 38 miles per hour and a reported 100 mpg. Consequently, driving the Trident was “almost cheaper than walking,” as advertised. 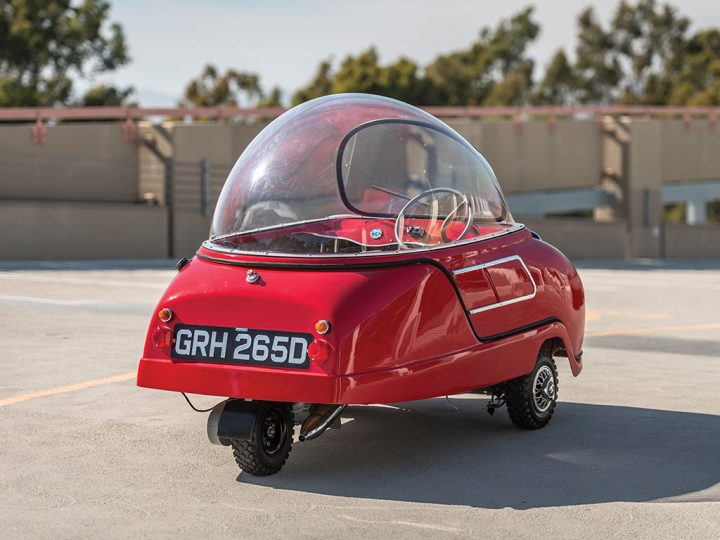 The all-new body was designed around a clear plastic dome which tilts forward to allow the driver to enter. Though only a single seater in practical use, the car was designed to theoretically accommodate two occupants. The futuristic dome and the overall spaceship-like appearance of the Trident gave Peel another natural slogan: “Your transport of tomorrow – today.” 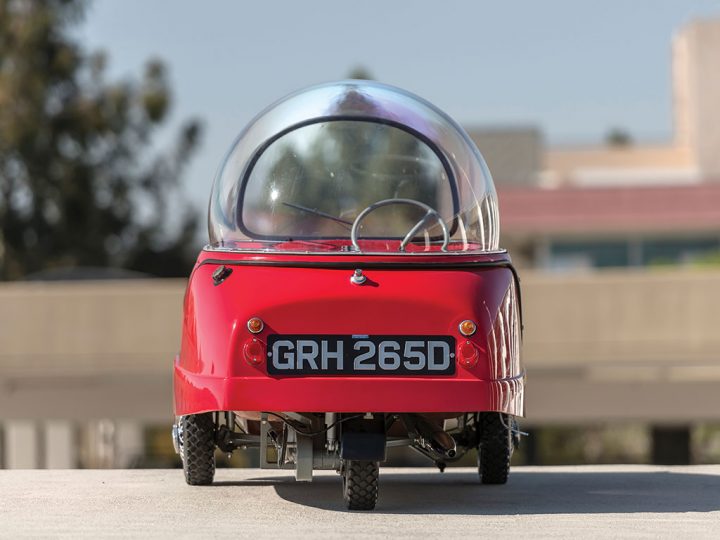 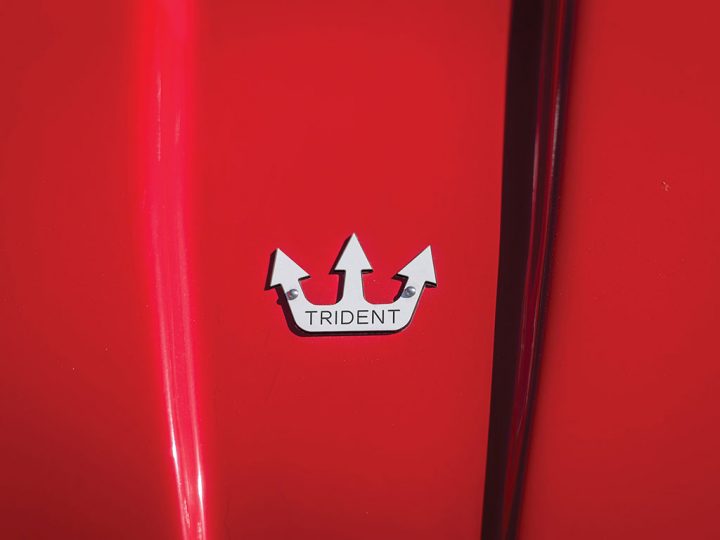 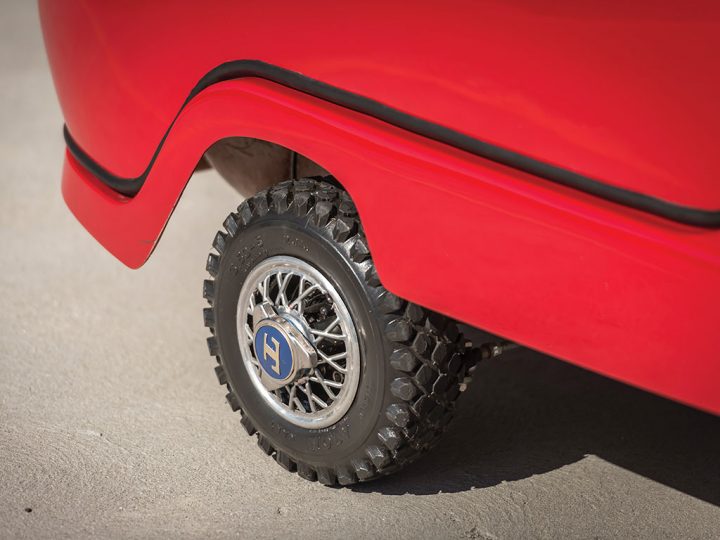 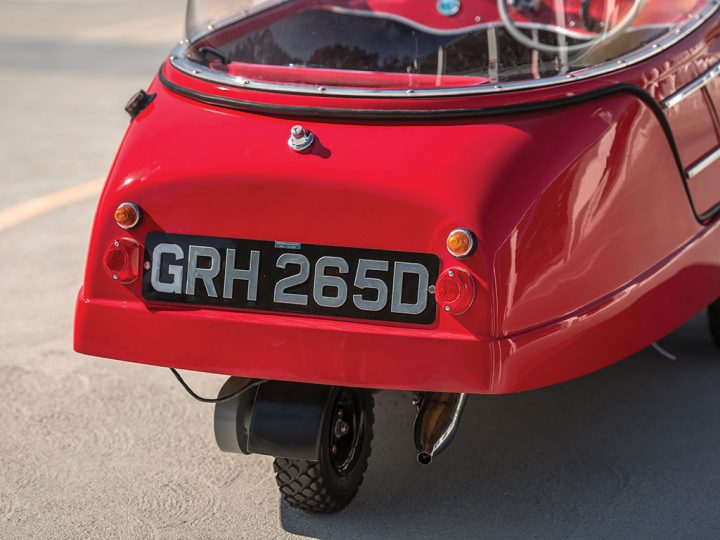 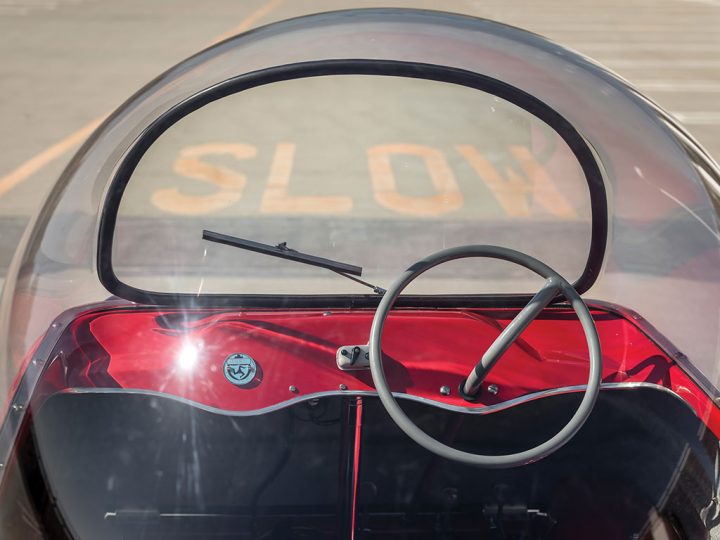 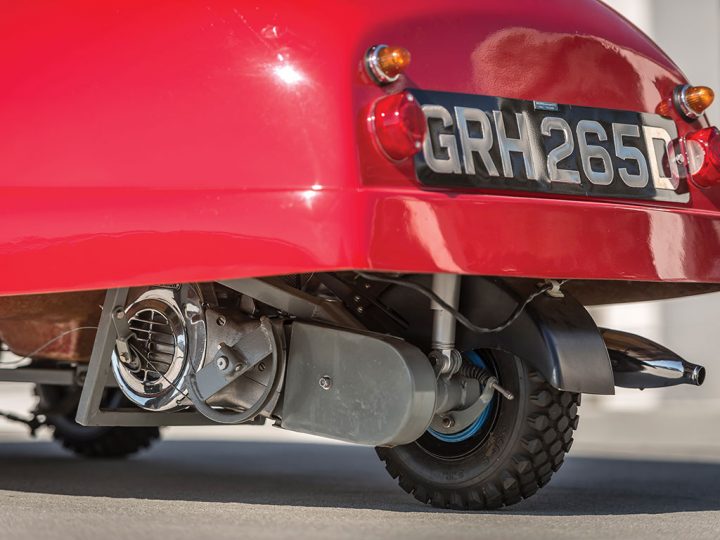