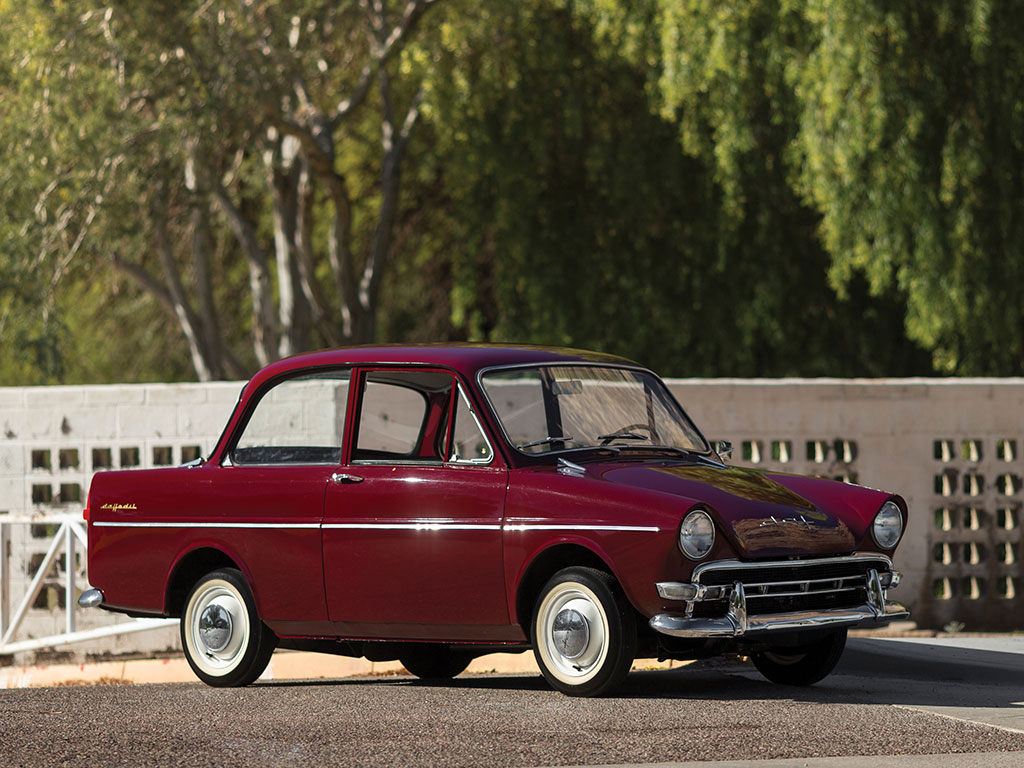 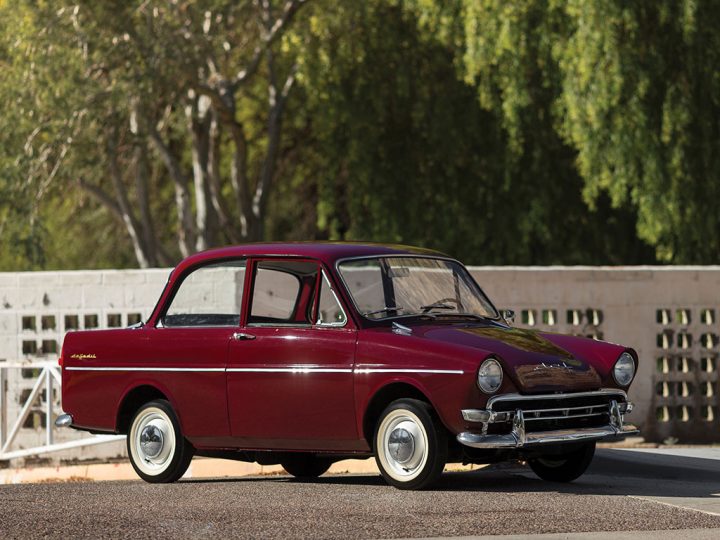 Every collection needs a conversation piece, and in the Mohrschladt Family Collection, that car is the DAF 750 Daffodil, a much-adored, loveable little Chihuahua of a car, happily admired by all who see it both on the street and on display. Built by a large Dutch manufacturer, more famous for its production of heavy trucks, the charming Daffodil was, in many ways, a technological wolf in sheep’s clothing. Its drivetrain was remarkably advanced, including a flat, air-cooled twin-cylinder engine, allowing space for a surprisingly large interior; independent rear suspension; and, most prominently, Variomatic automatic transmission. 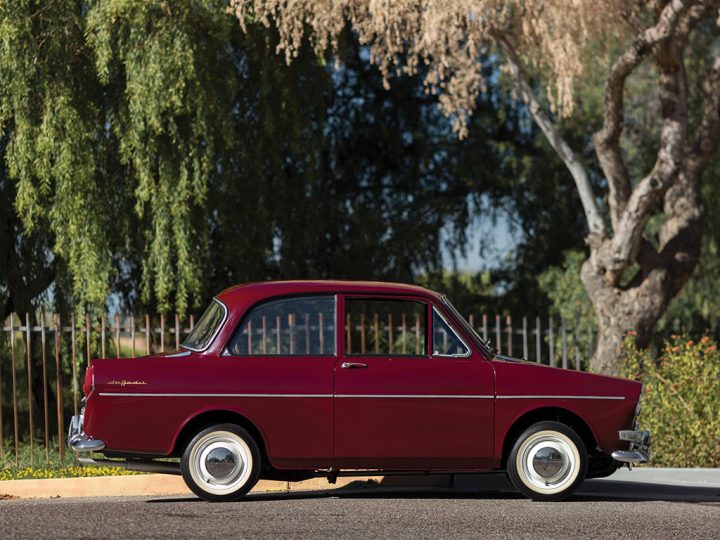 ariomatic was one of the first continuously variable transmissions to be utilized in a production automobile. The company pioneered its original design in 1955 and spent four more years fine-tuning it in research and development, finally debuting a production version in the prototype DAF 600 passenger car in 1958. The 600 eventually evolved into the 750, with a larger, more efficient 750-cubic centimeter engine, and available in more “luxurious” Daffodil trim. The Daffodil’s Variomatic employed two transmissions, one per rear wheel; should one transmission fail, the other transmission will be sufficient to keep the car in motion. It was, simply put, fascinating technology, and it remains so today. 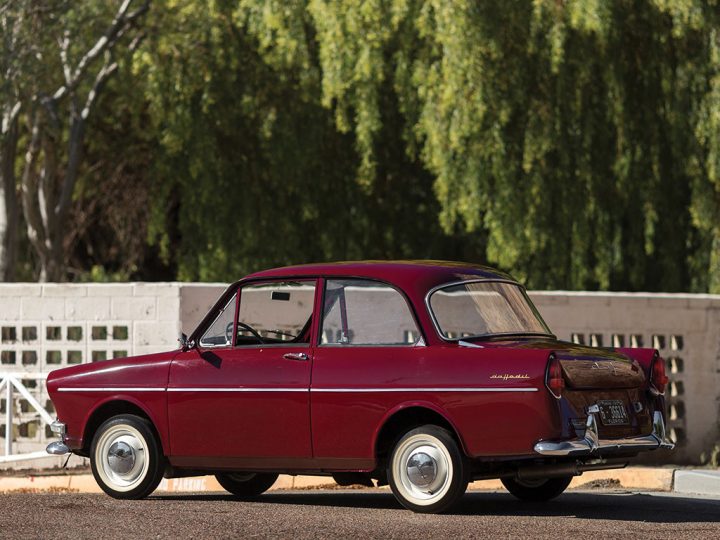 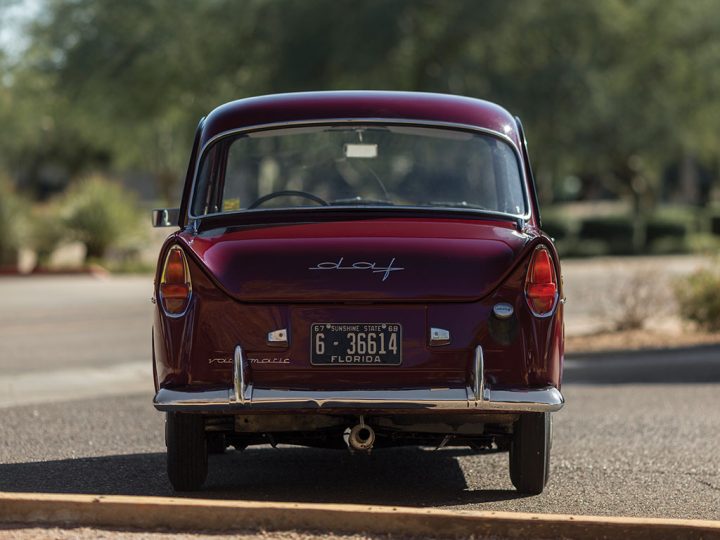 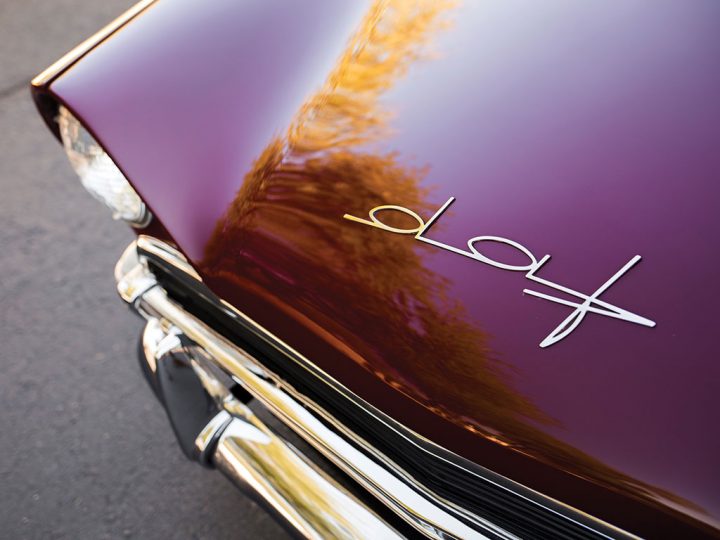 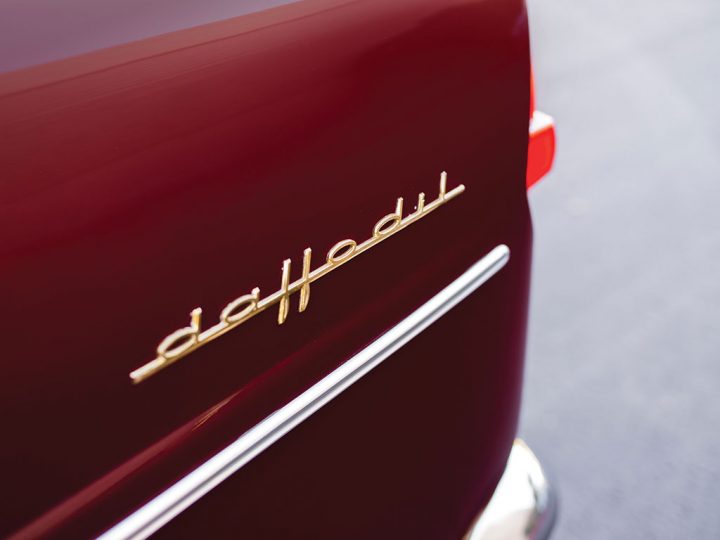 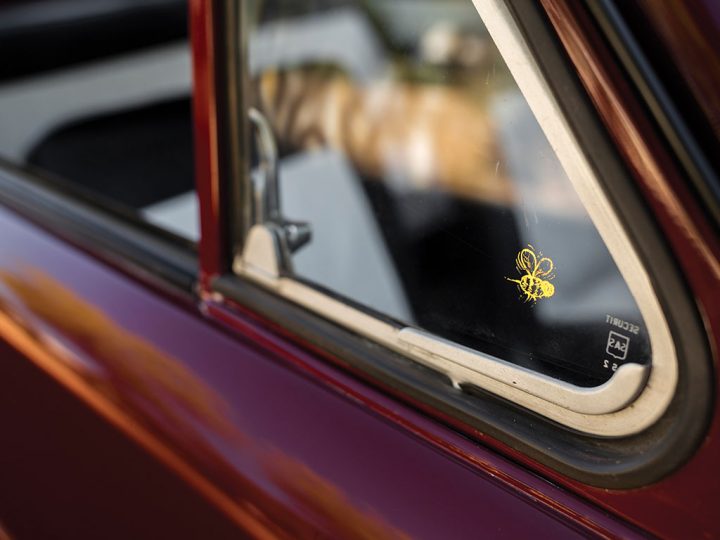 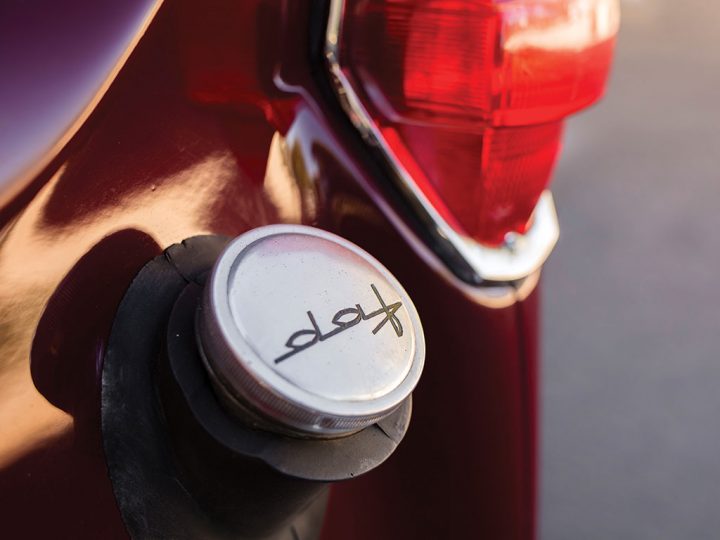 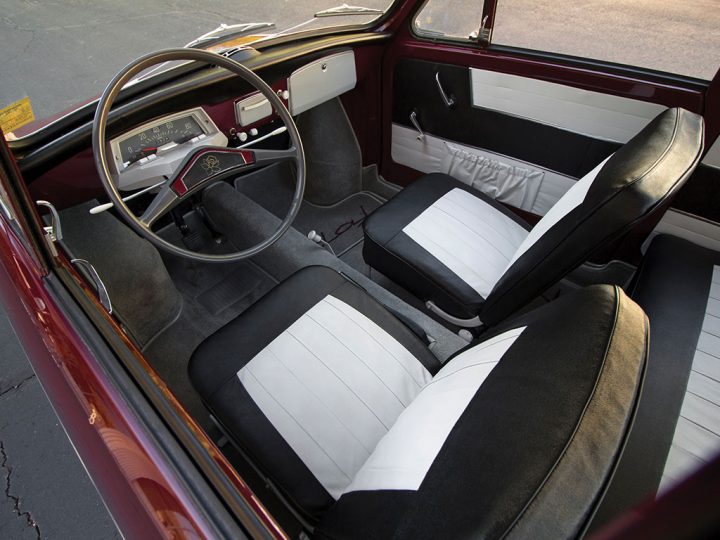 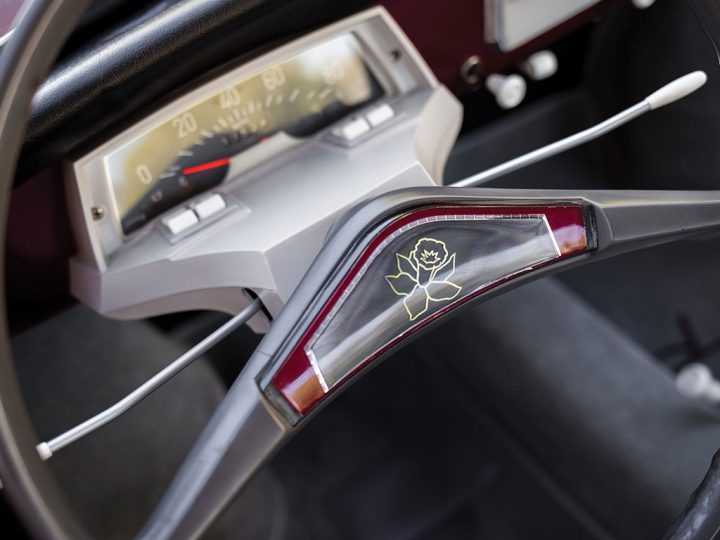 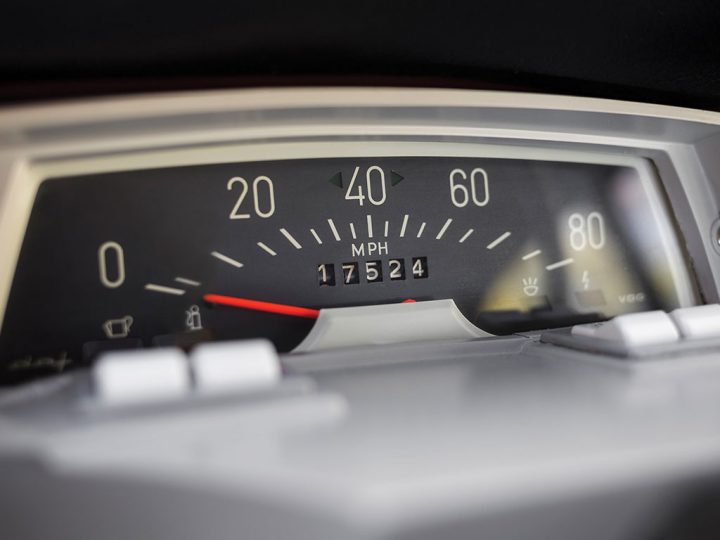 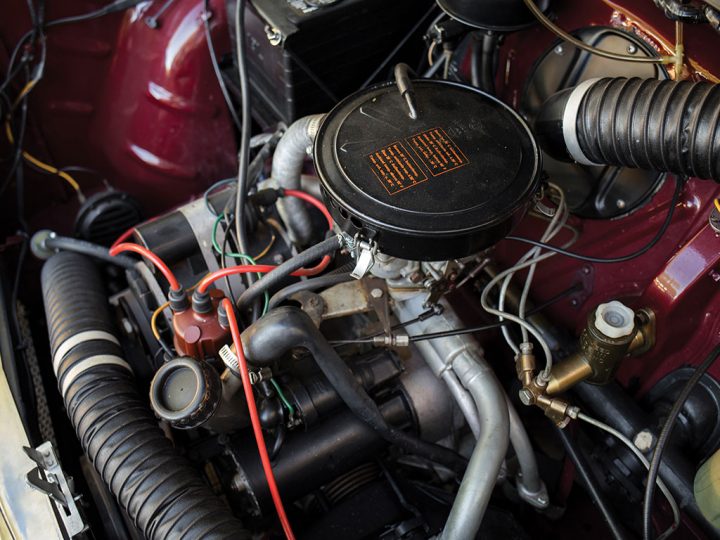 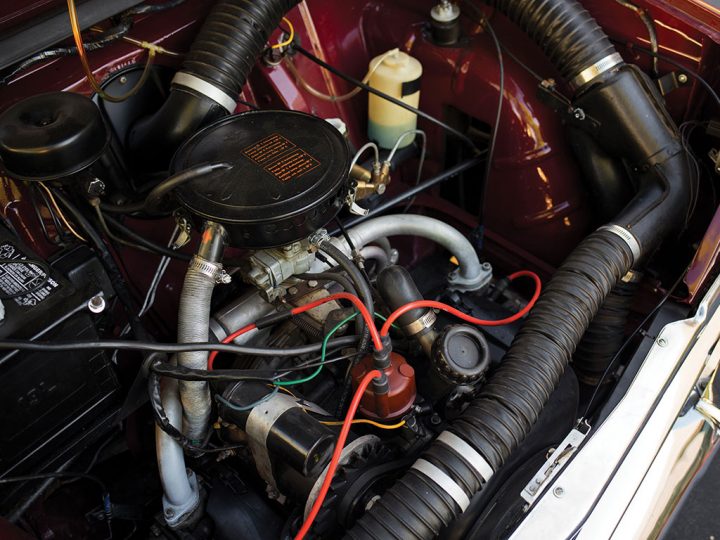 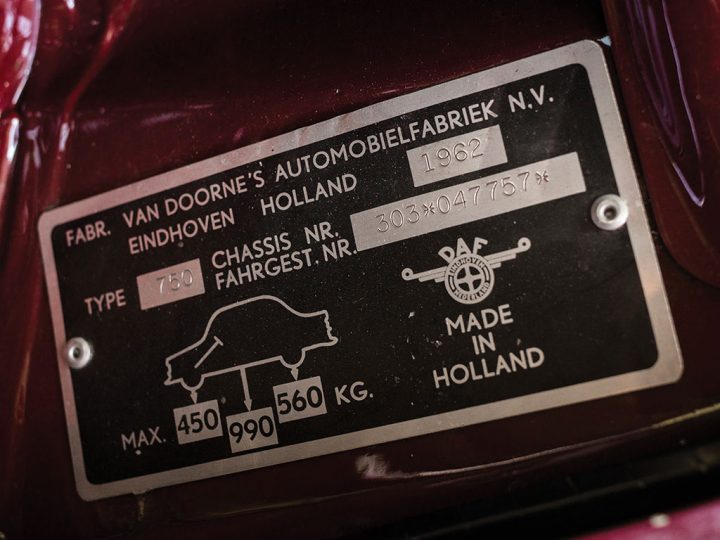