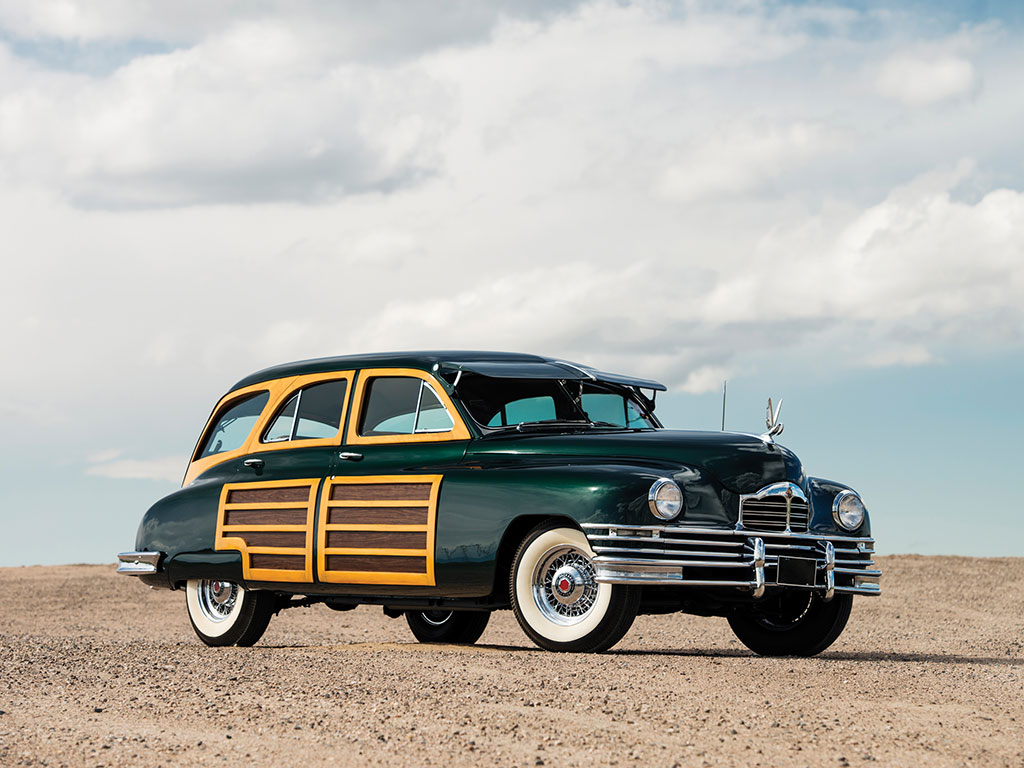 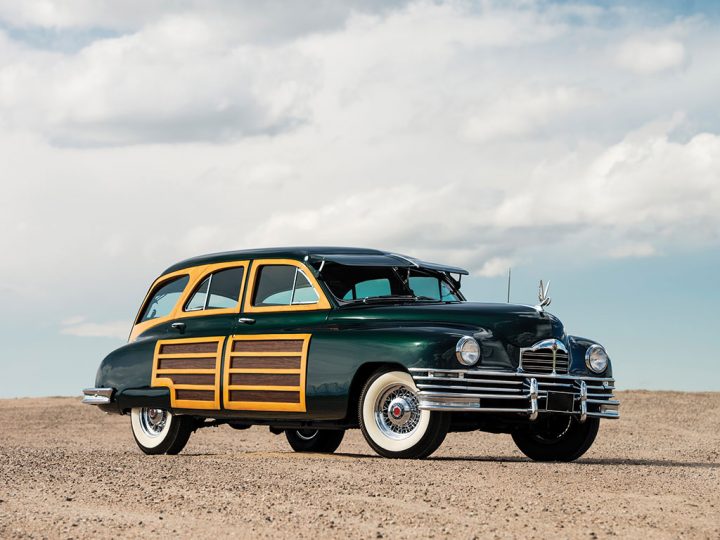 It is amazing how quickly a tradition can catch on. Packard offered its first factory station wagons in 1940, and they were rather magnificent hand-crafted creations on the six-cylinder 110 and eight-cylinder 120 chassis. While production would last only two years, Packard’s wagons made an impact among buyers who had long favored the company’s limousines, and now they had a suitable companion for the country house. After World War II, Packard took opportunity of that brand loyalty by offering a new wood-trimmed model, which would cross the borders of town and country. 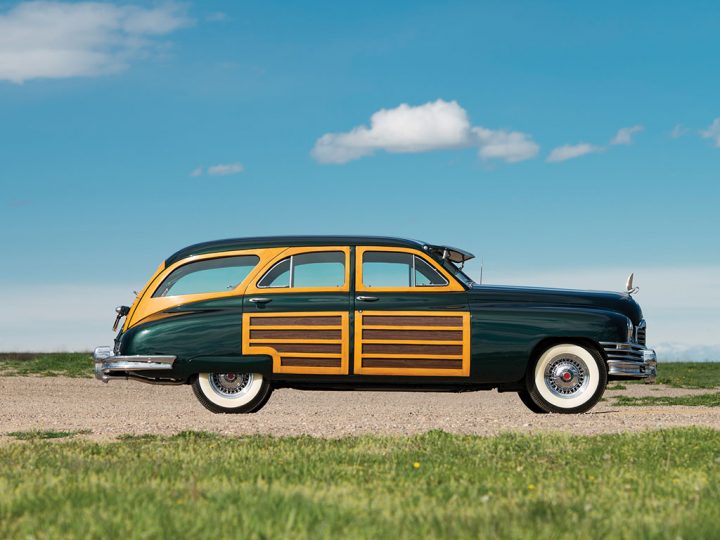 The new model was dubbed the Station Sedan, and it was essentially a Standard Eight Sedan that featured beautifully hewn white ash paneling over an all-steel body, a unique semi-fastback roofline, and rear quarter panels. While it looked for all the world like the “woodies” of old, wood played a structural role in only the tailgate, which pioneered the two-piece gate that would become a feature of most all 1950s wagons. The model was lush, evocative of a bygone era, and one of Packard’s most elegant offerings. 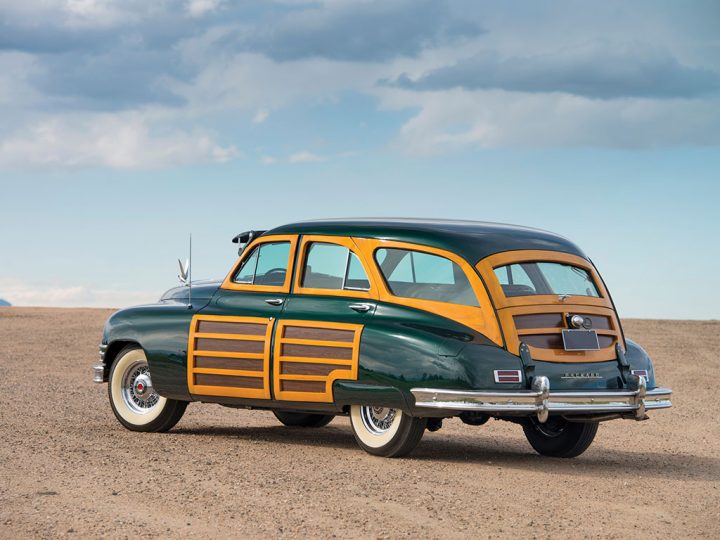 Unfortunately, the buying public that Packard executive and styling guru Edward Macauley saw for the model was just not there. The vast majority of Station Sedans were produced in 1948, with leftovers being renumbered to sell in 1949 and, finally, in 1950. As the wooden body required proper care that many examples did not receive, the majority of the few built have not survived, and as a result, the last of the wood-trimmed Packards have become a great rarity. 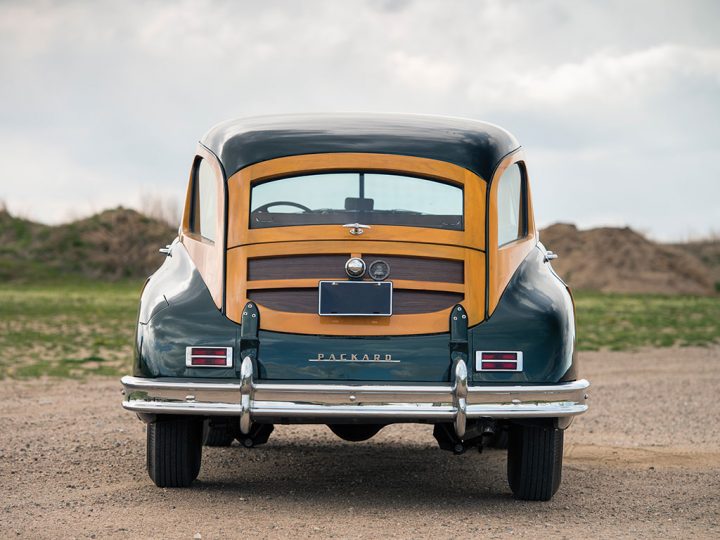 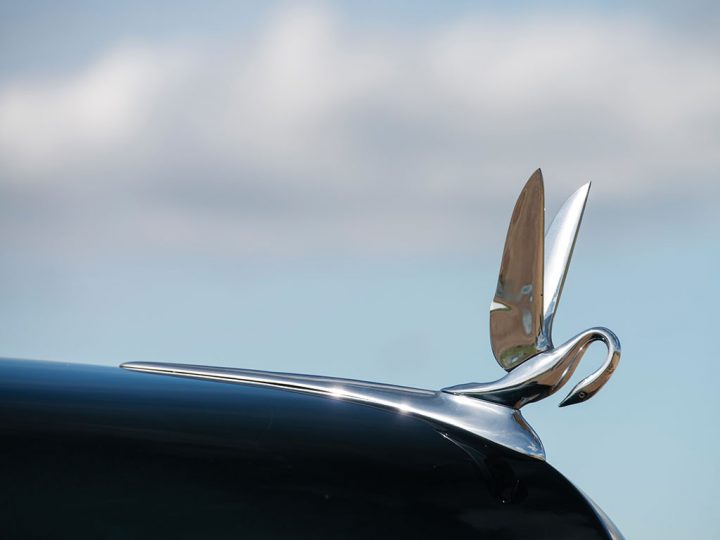 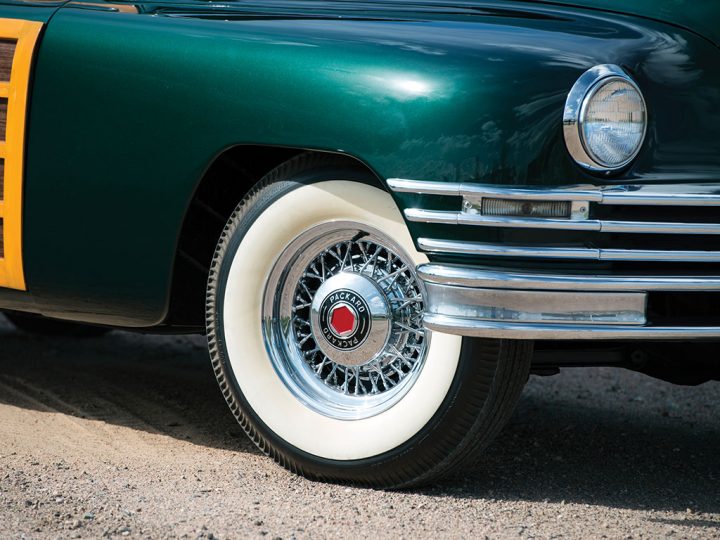 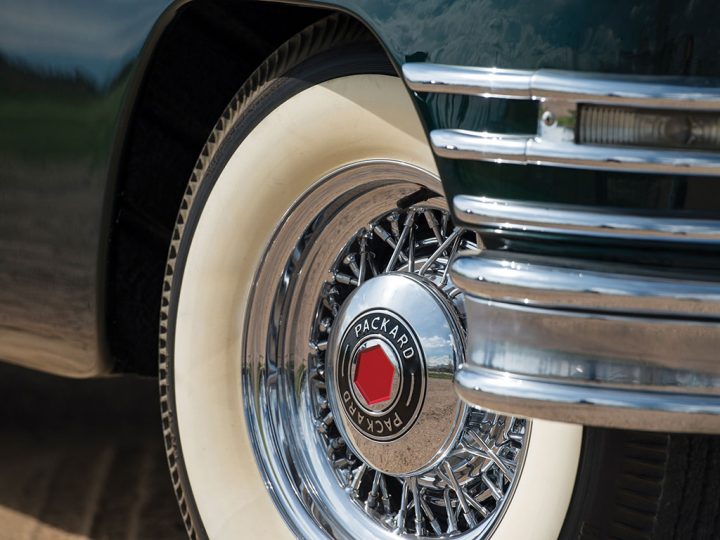 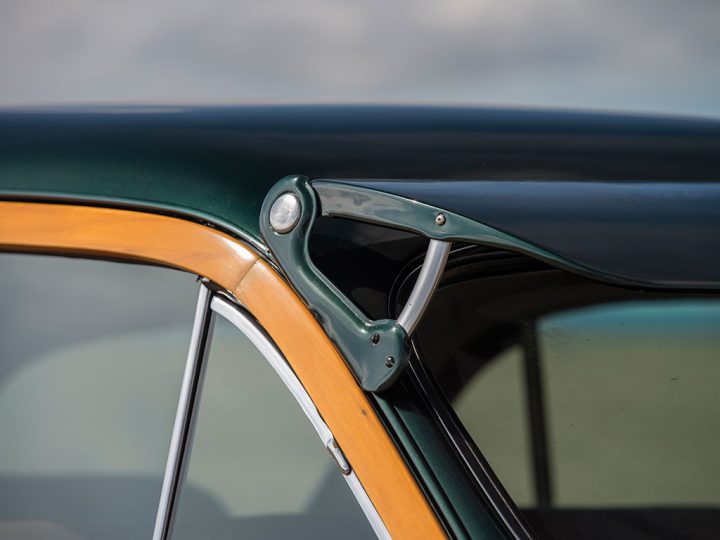 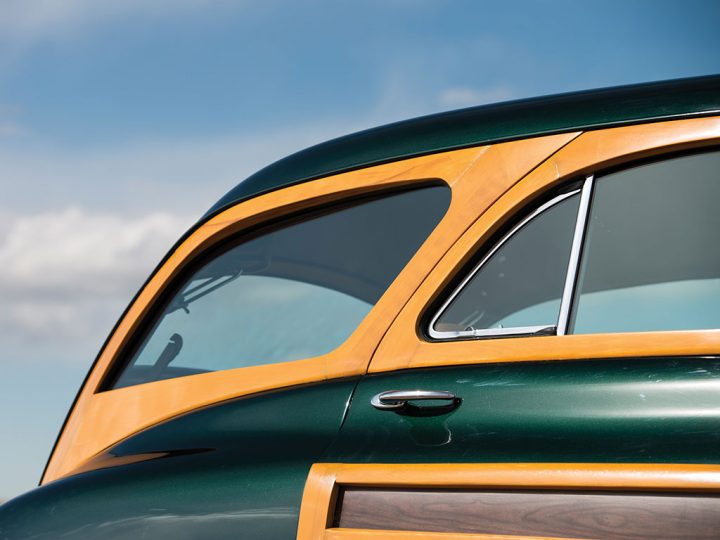 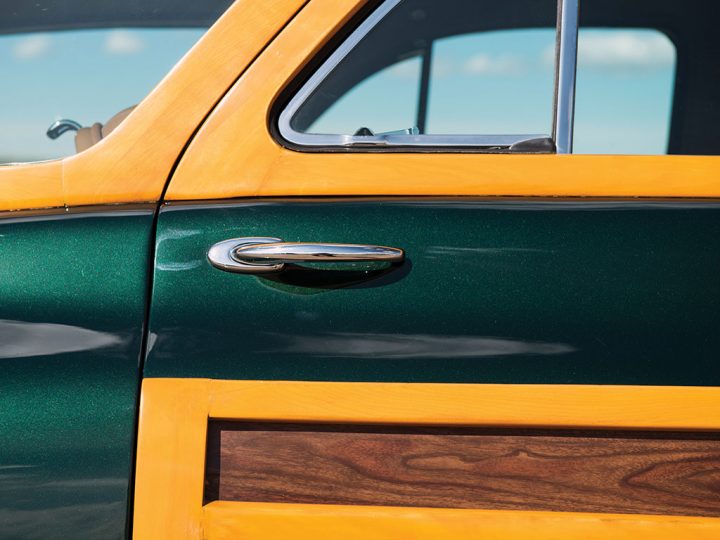 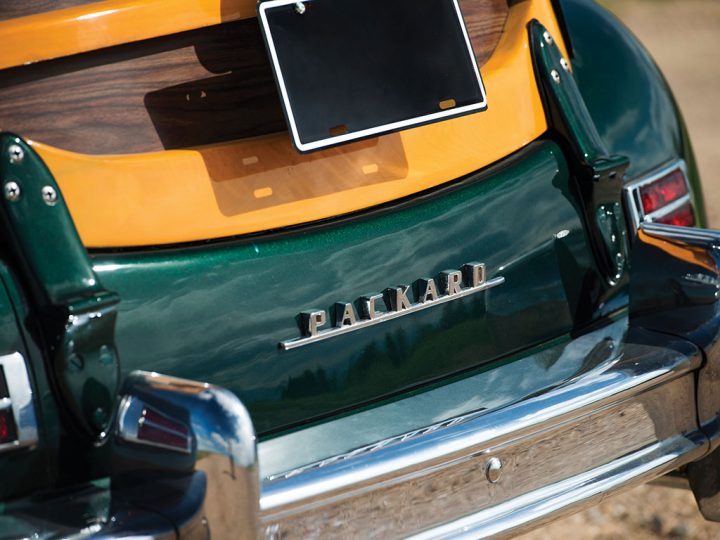 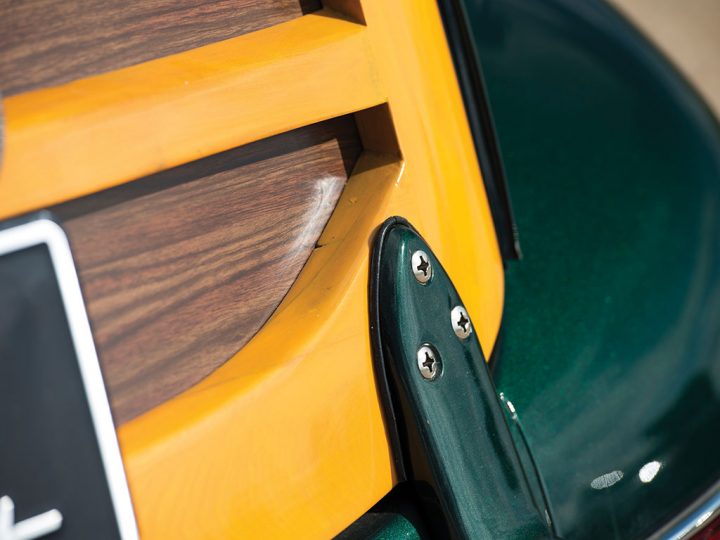 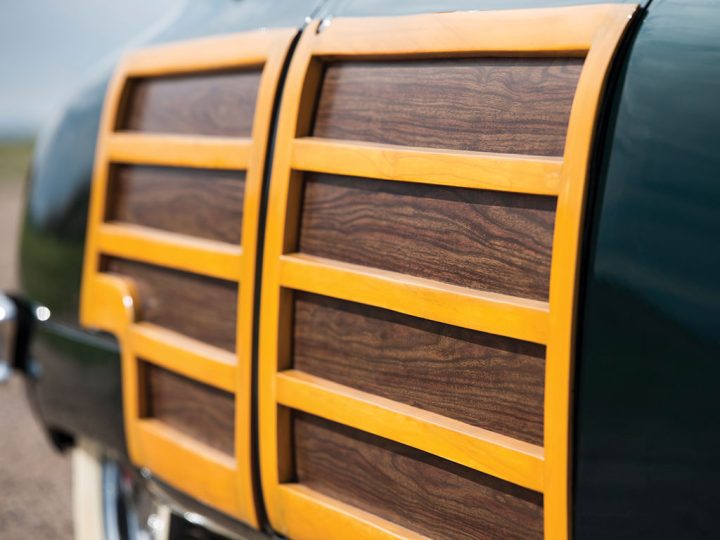 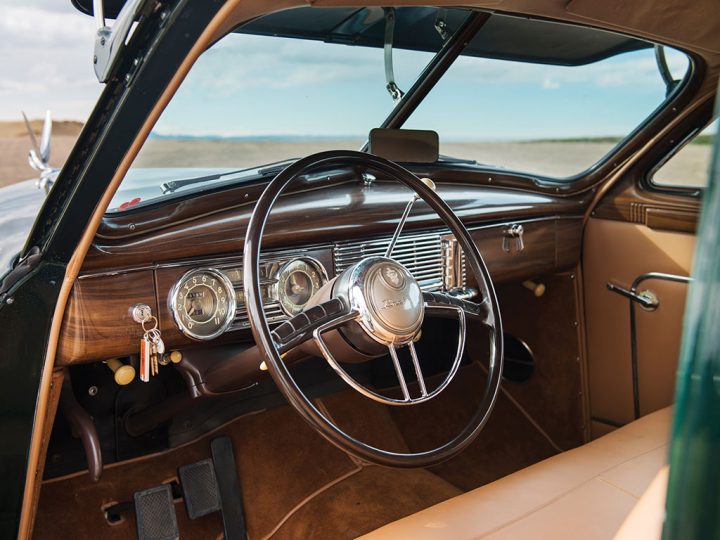 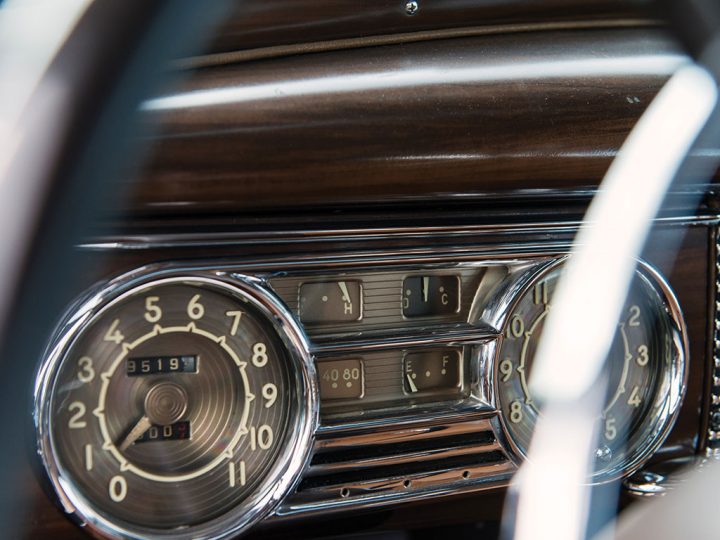 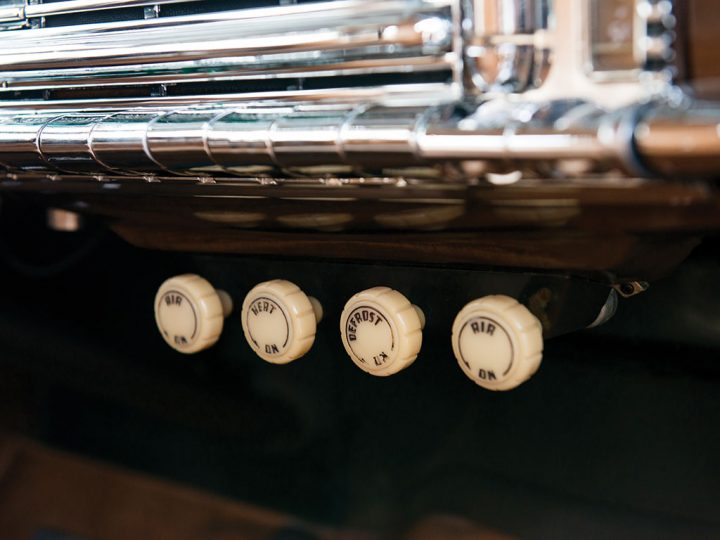 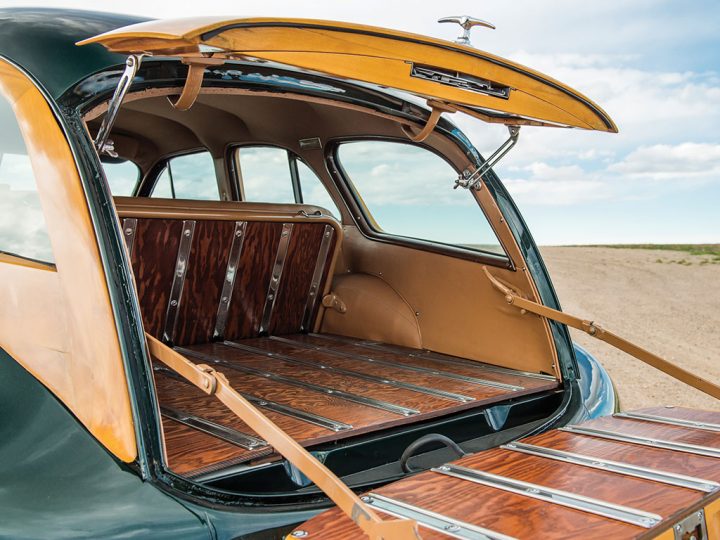 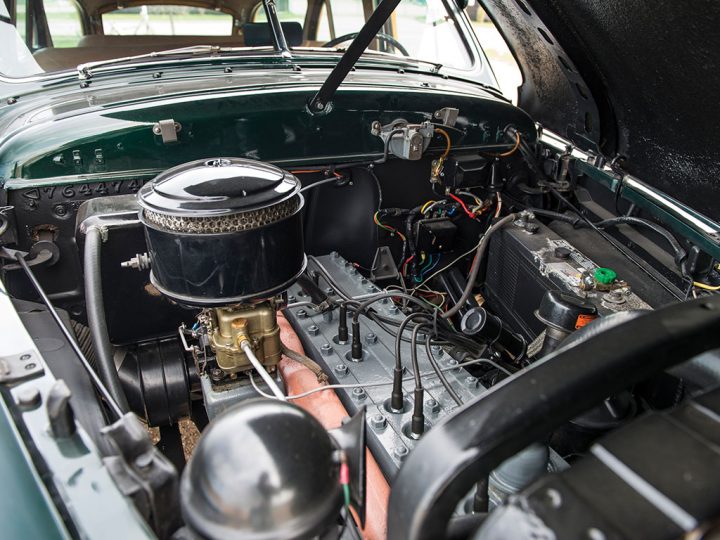