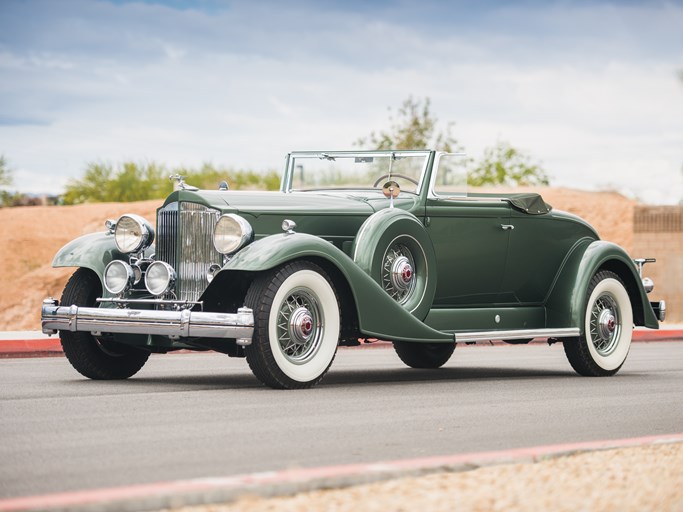 By the time of the introduction of 1933’s Tenth Series, Packard remained the choice of American aristocracy yet was beginning to incorporate welcome hints of flash and dash into its lines. The year’s models incorporated classically swept fender lines, but now the fenders were skirted, neatly hiding the mechanical components beneath. A graceful vee’d radiator shell hinted at the power flexed by the top-of-the-line V-12, now in its second season, built on a new tapered frame, and featuring such mechanical refinements as a single dry-plate clutch and automatic choke. 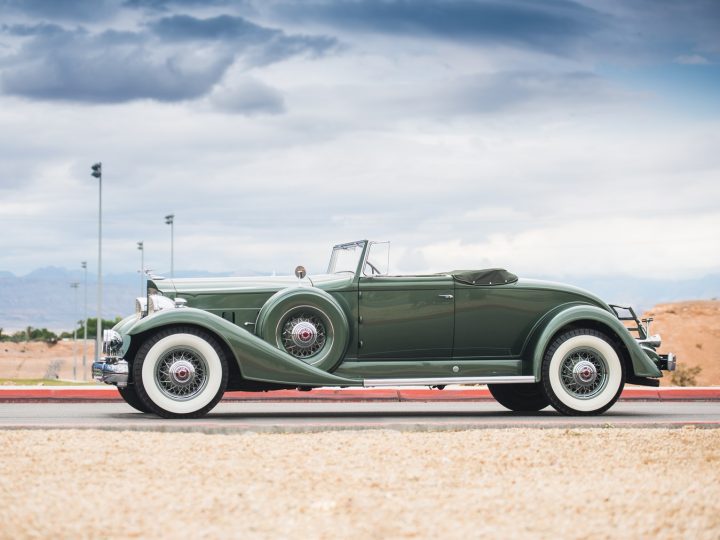 The Tenth Series and its successor, the Eleventh Series, arguably represent the highlight of Packard’s Classic Era design; most collectors consider them to be the most beautiful Packards ever made. 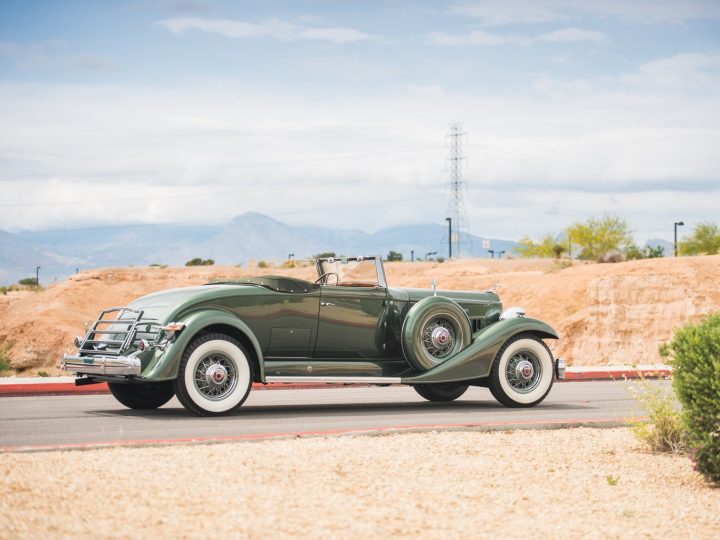 The most desirable factory body style on the Tenth Series Twelve chassis is the Coupe Roadster, a two-passenger convertible coupe with a rumble seat. This design had been adopted in 1932 and was based upon a semi-custom LeBaron offering of the prior year, including its distinctive wide flow-through beltline molding and low-profile folding top. 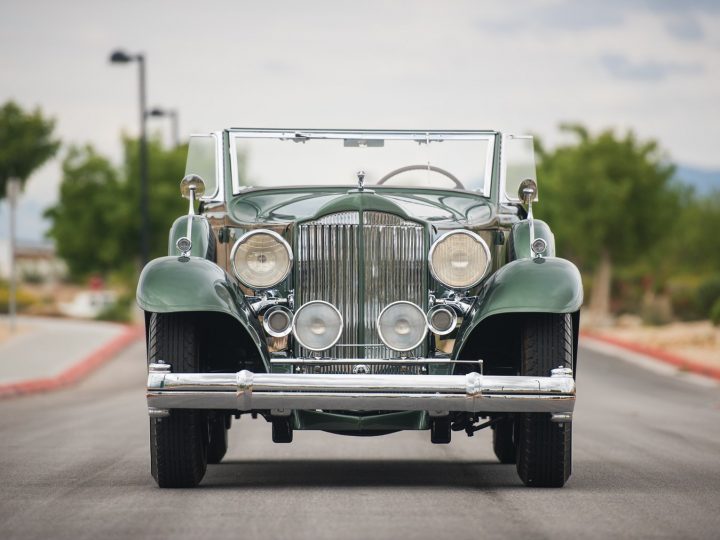 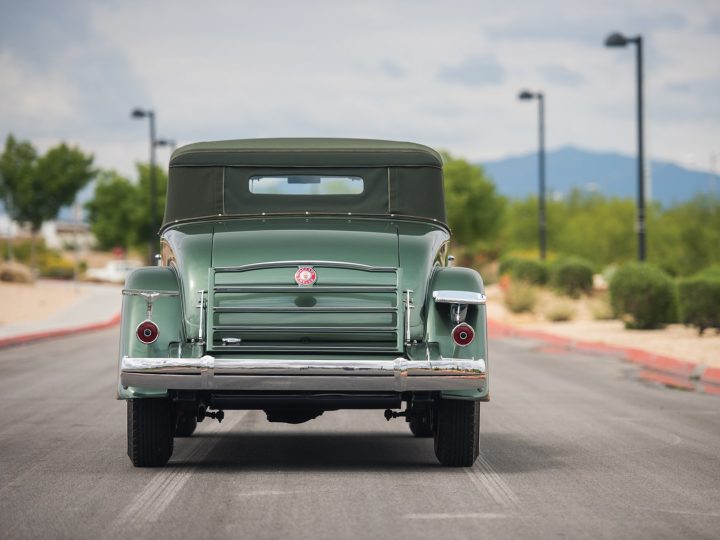 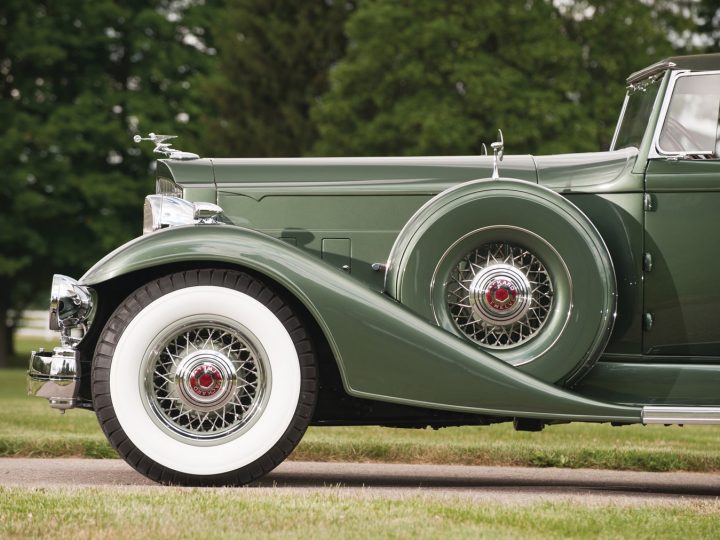 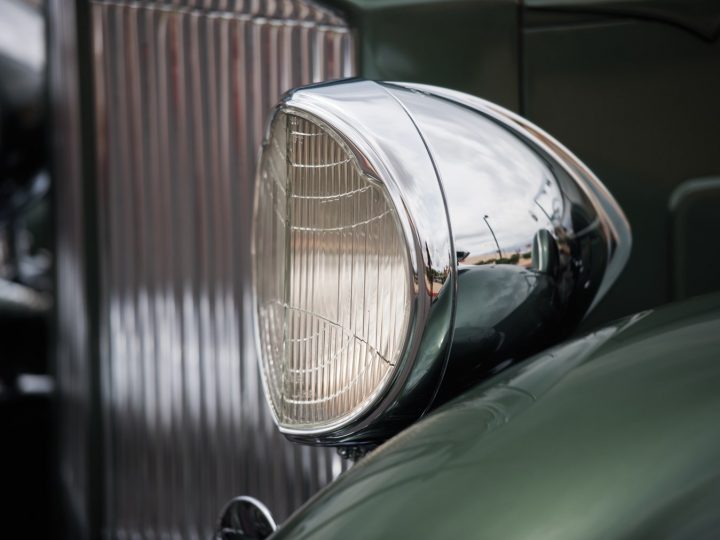 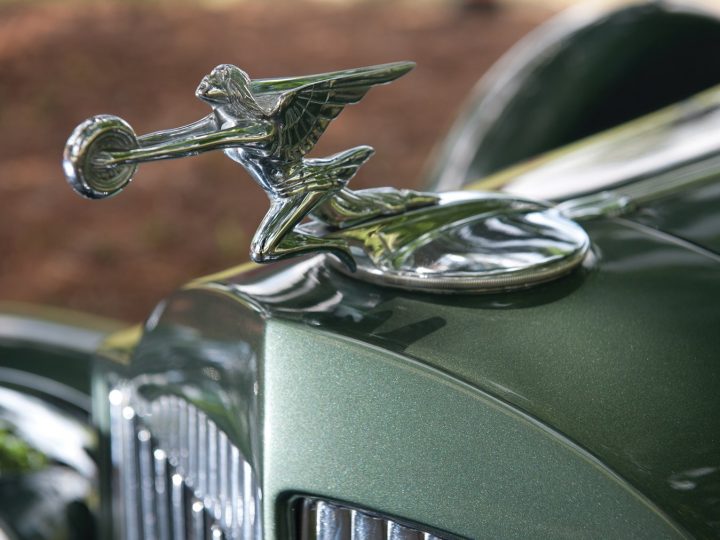 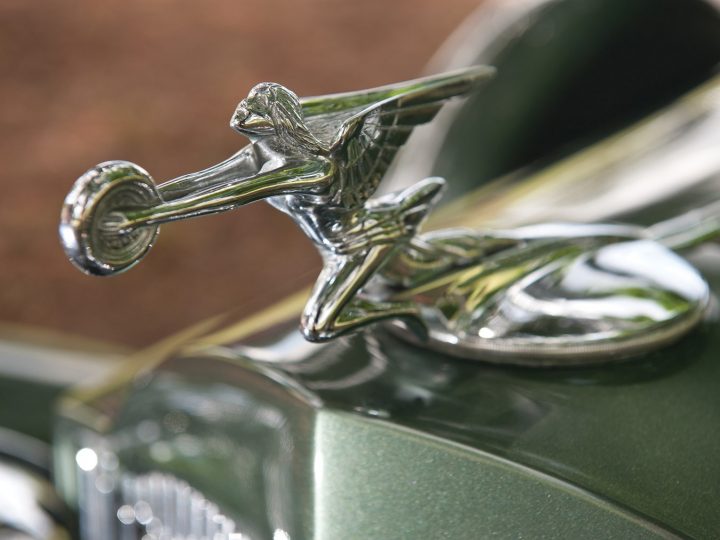 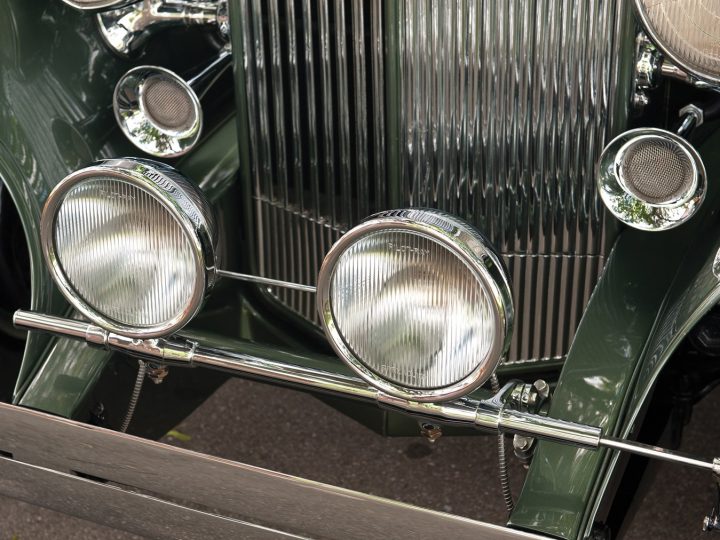 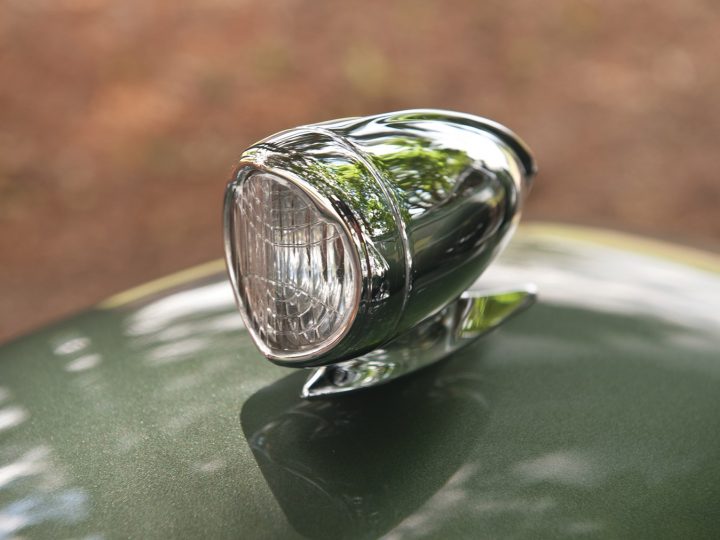 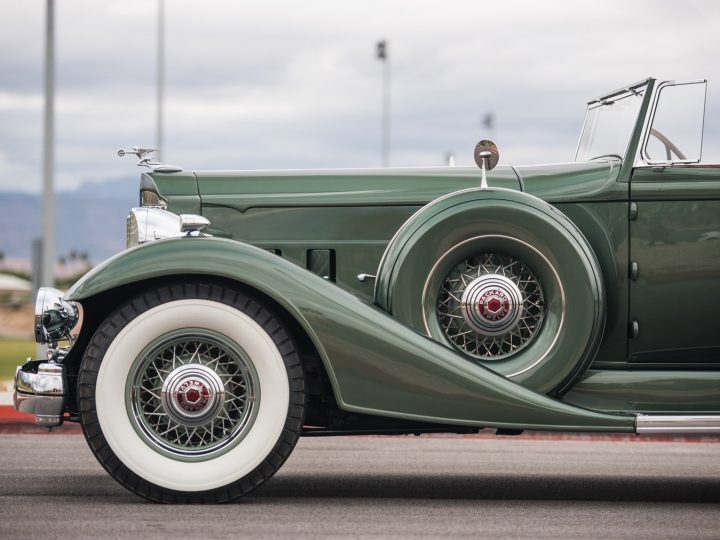 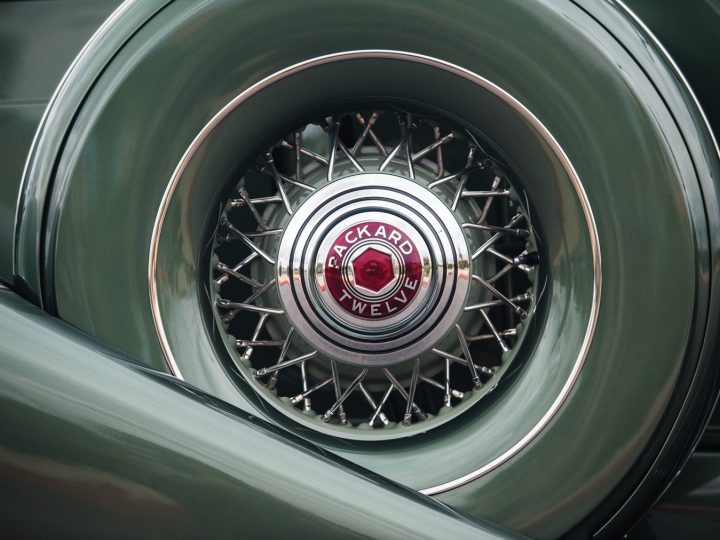 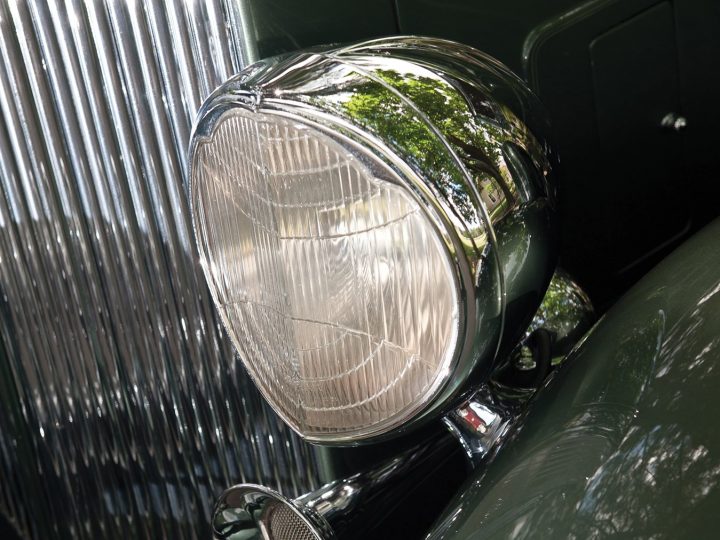 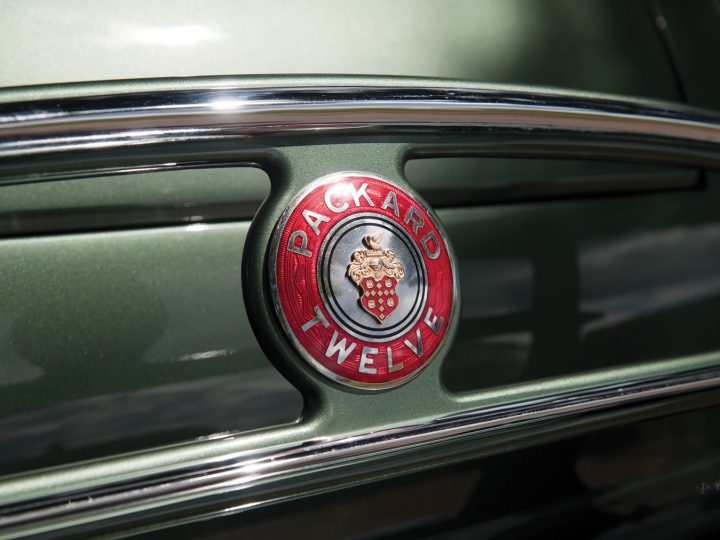 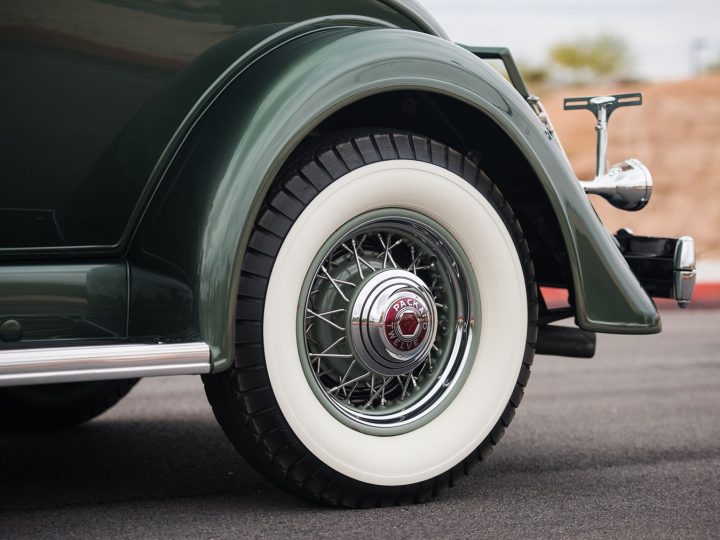 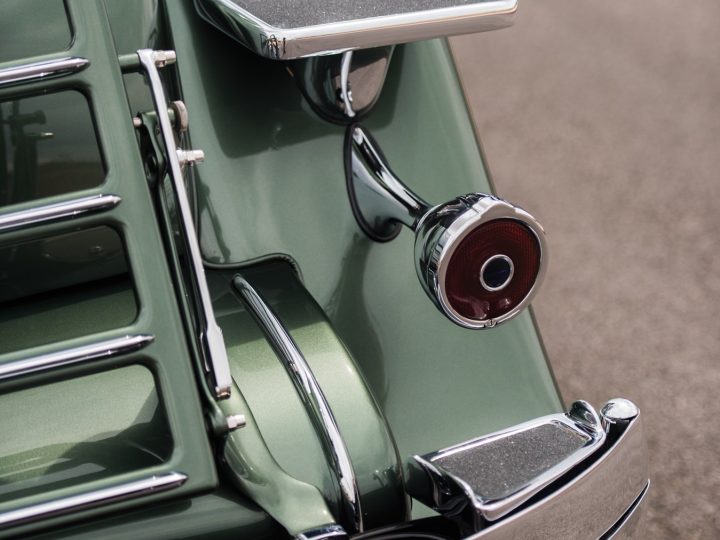 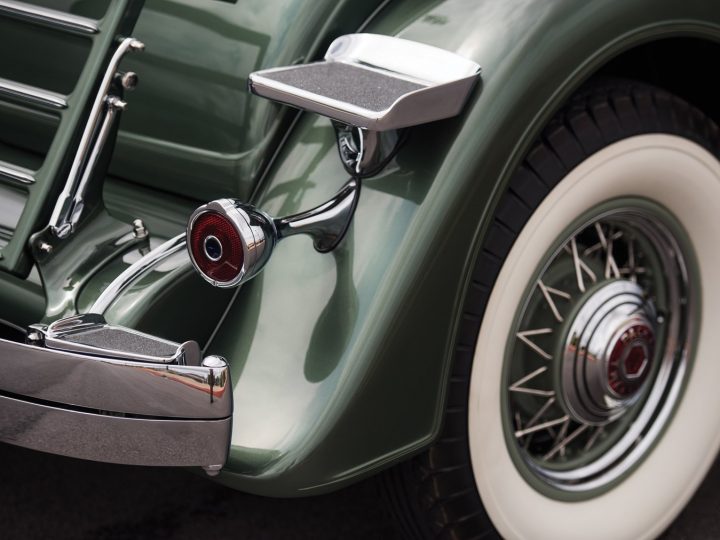 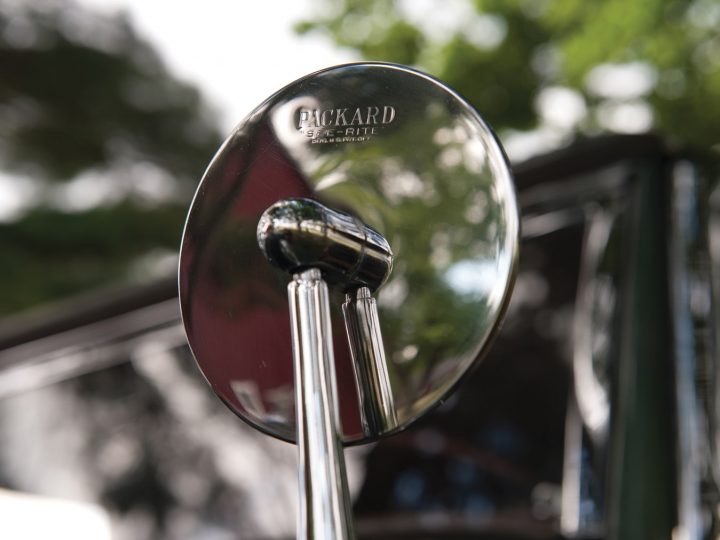 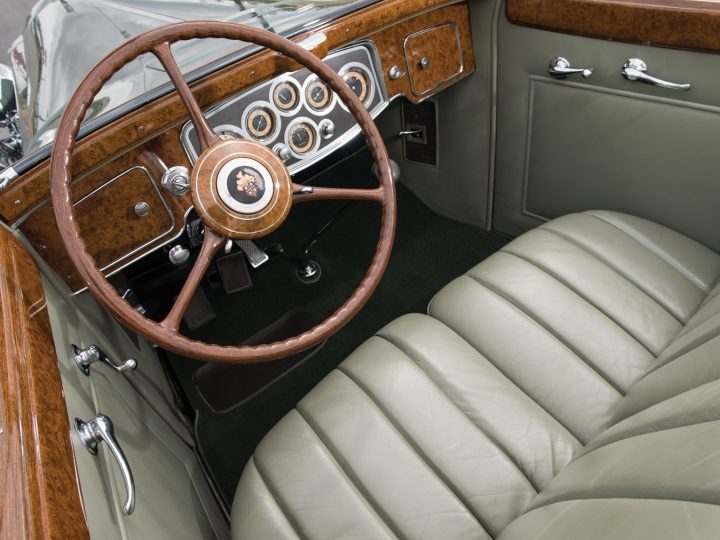 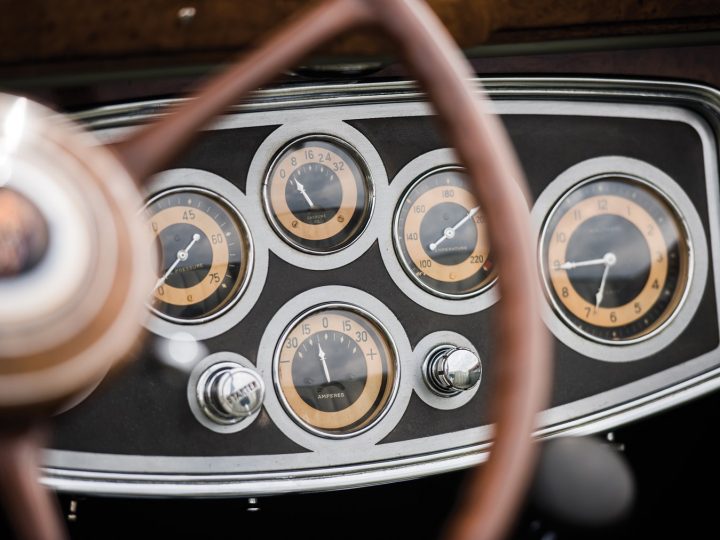 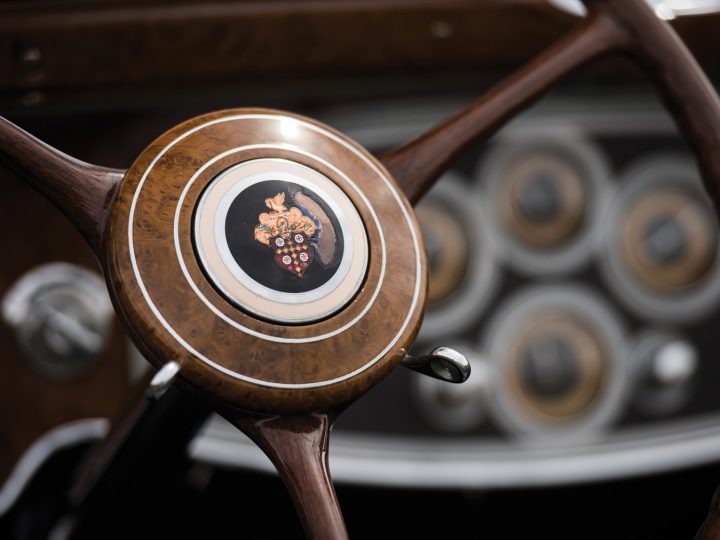 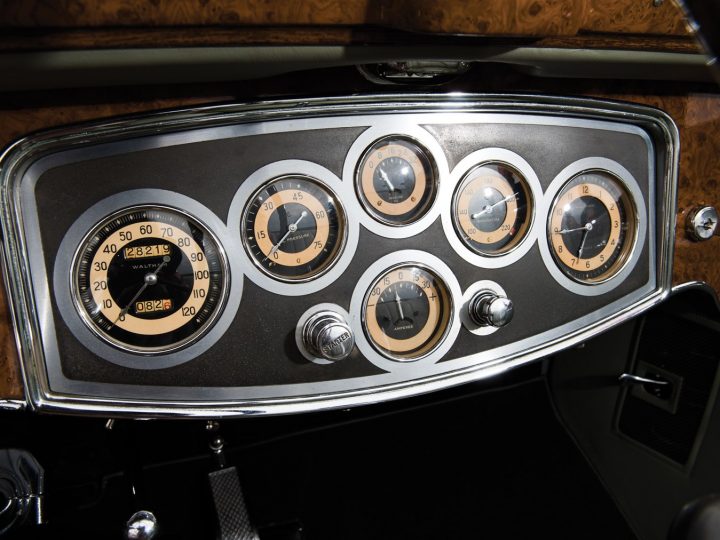 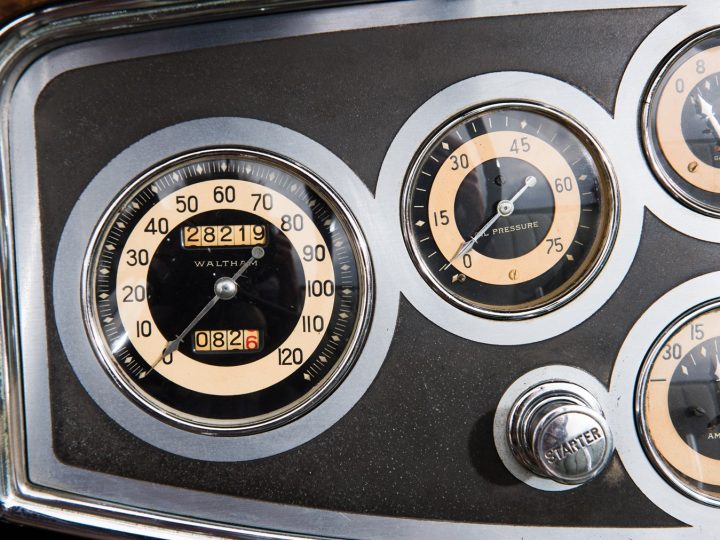 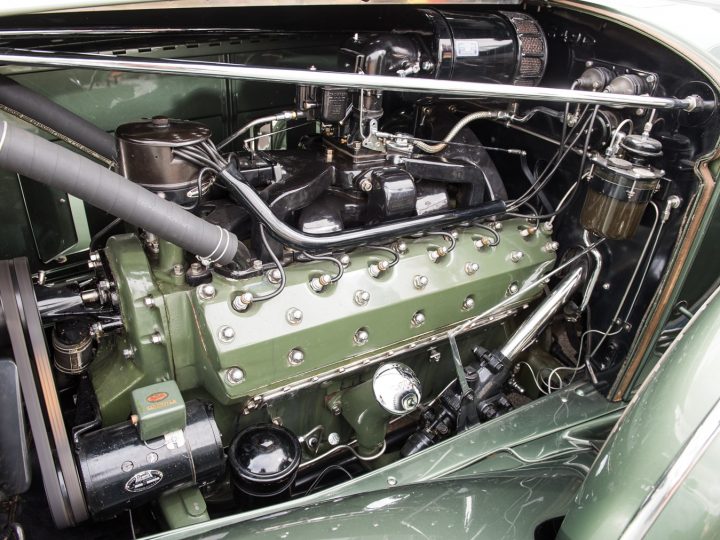 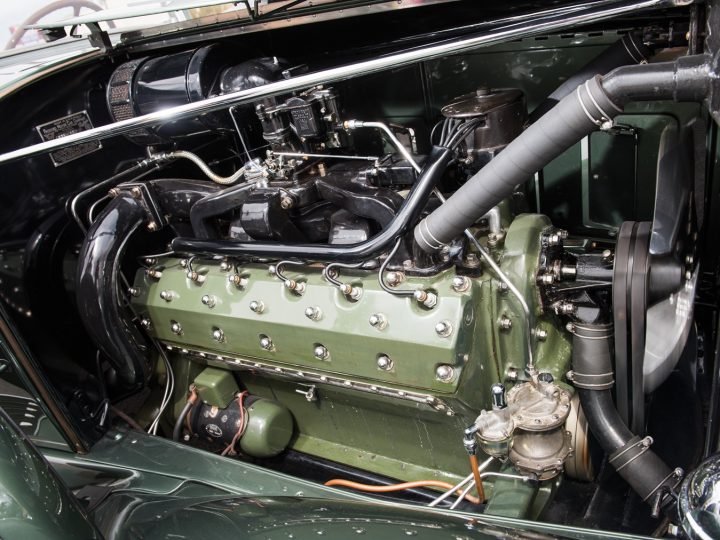 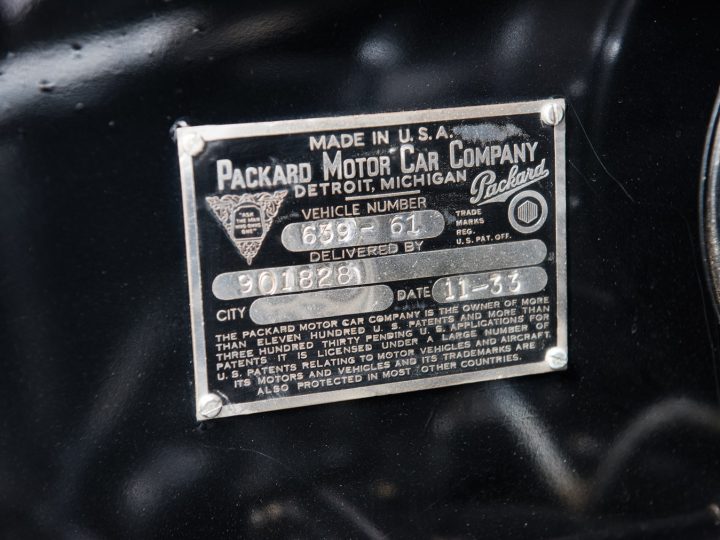