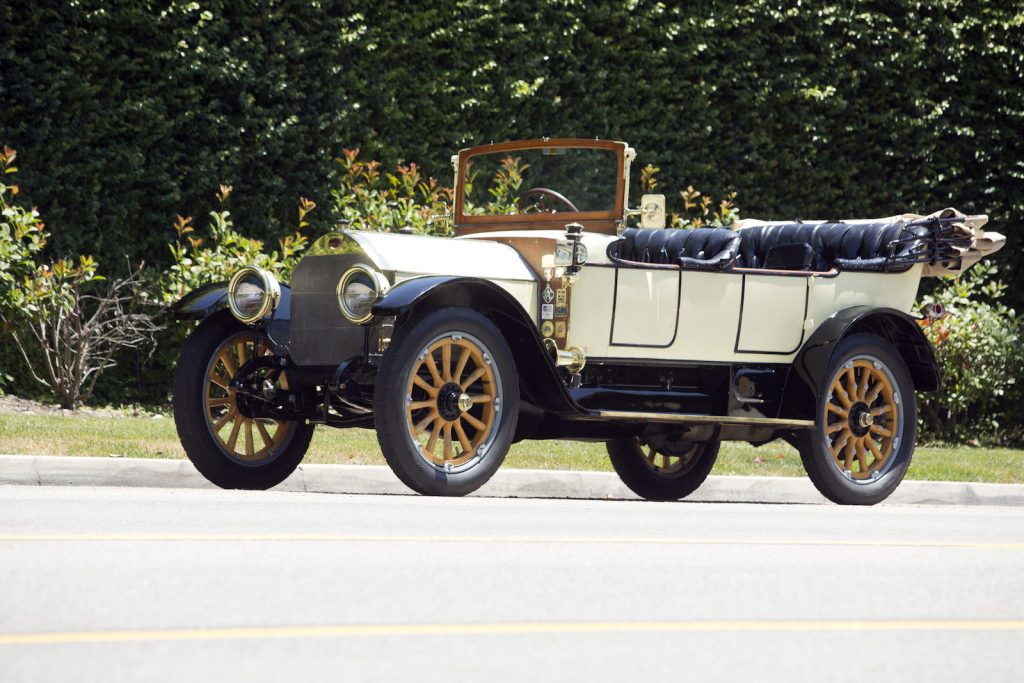 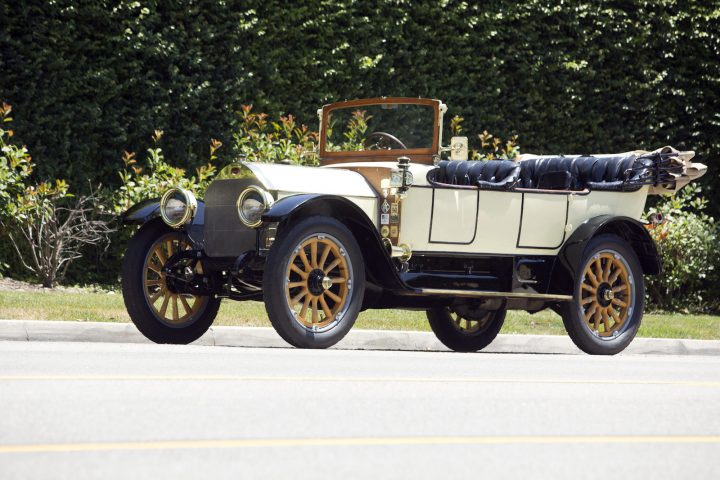 This Model 56 seven-passenger touring car is believed to have been originally sold in Los Angeles. Its original price would have been well in excess of $4500, a great deal of money for the day. Its earliest history is unknown, but Mr. Colin “Ernie” Shaw of Santa Rosa, California purchased it around 1952 from a dentist in Los Angeles. The car had been damaged in a storage facility fire, and the owner didn’t want to deal with repairs. Mr. Shaw and several friends set to work on the FIAT, replacing several areas of damaged aluminum with sheet tin, and the burned wooden firewall and windshield frame with new material. After replacing the piston rings, Mr. Shaw had the car ready for the road. Ernie’s son remembers taking many long family trips in this FIAT, ranging as far as Ensenada, Mexico without incident, and having no problem maintaining speeds of 65-70 mph on the highway. Mr. Shaw was very active in the Horseless Carriage Club, and this FIAT carries numerous plaques attesting to its continuous use and enjoyment. After Ernie’s passing, the car was bequeathed to his son, who sold it in 2013 to the current owner. 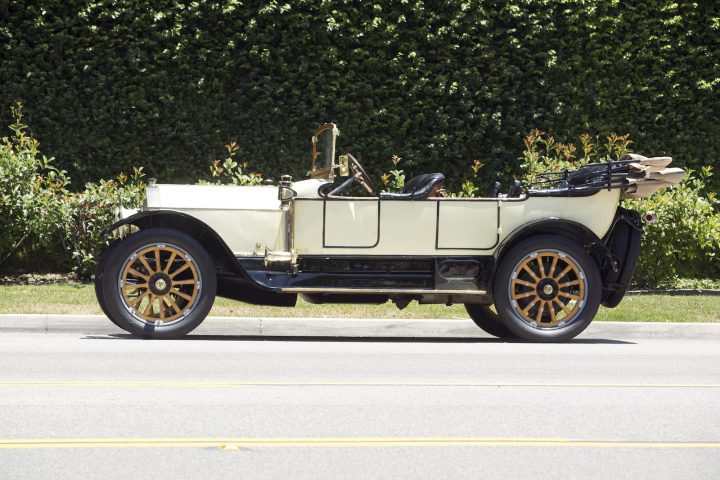 This is a largely original example of a rarely-seen car, equipped with a four-speed transmission with direct drive in fourth. A torque-tube delivers power to a “Clamshell” rear axle. The huge wood-spoked artillery wheels have de-mountable rims. Brakes are rear-wheel only. The body, manufactured at FIAT’s Poughkeepsie plant, was of aluminum over wood framing, with steel fenders and hood. As noted, there is extensive use of wood in the firewall, windshield frame, and interior trim. This cream and black-trimmed car has never been restored cosmetically, but the current owner says the engine was recently rebuilt by Boulevard Motorcar Company in Westlake Village, California. The car is supplied with a folding fabric top, some spare parts, and some research materials from the old William Harrah Collection, which owned a 1914 Model 56. Production numbers for the Model 56 are uncertain, but it is believed that only a few survive. 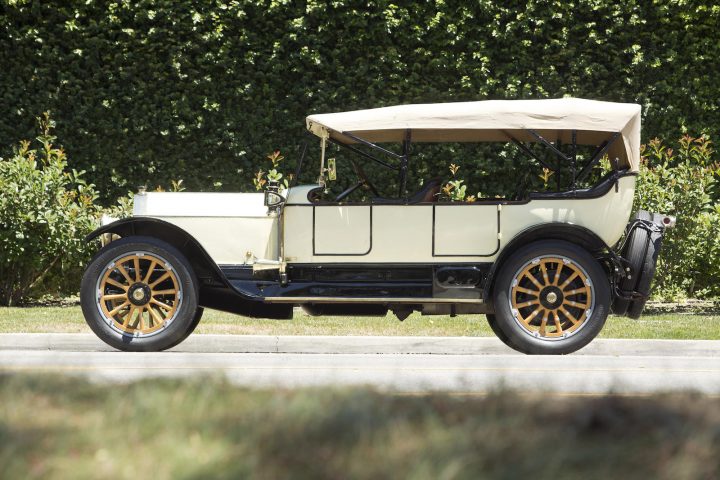 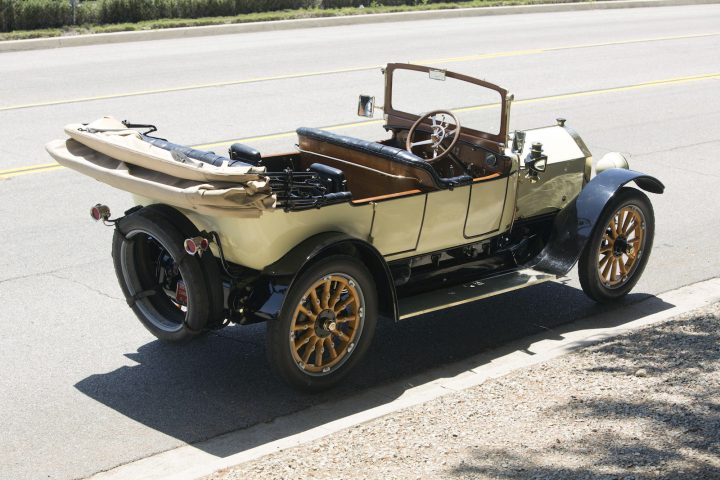 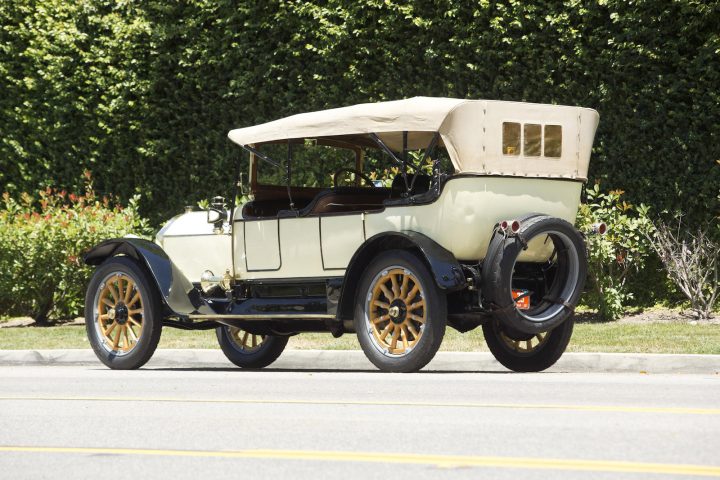 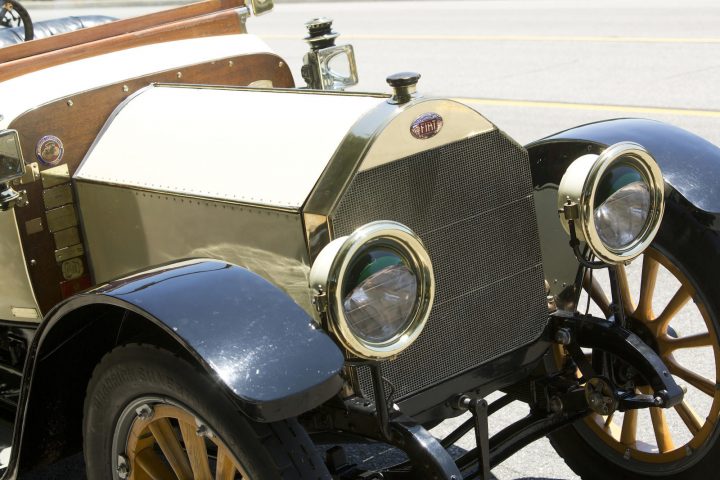 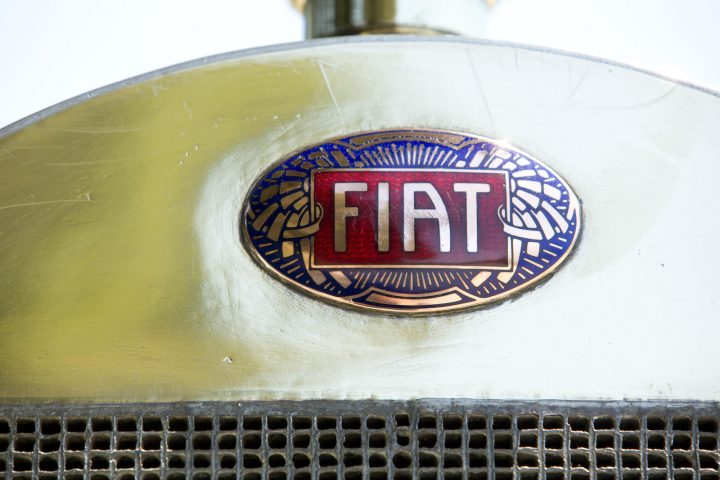 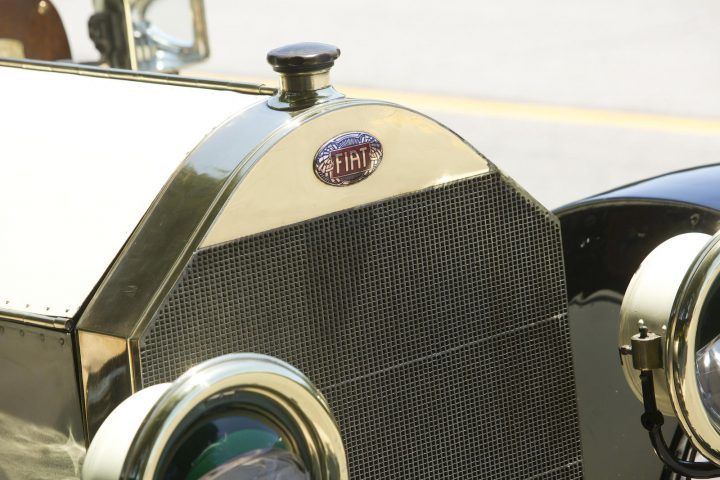 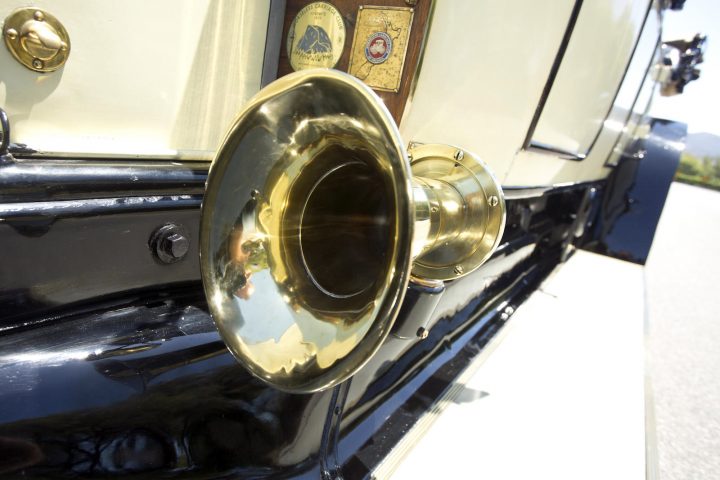 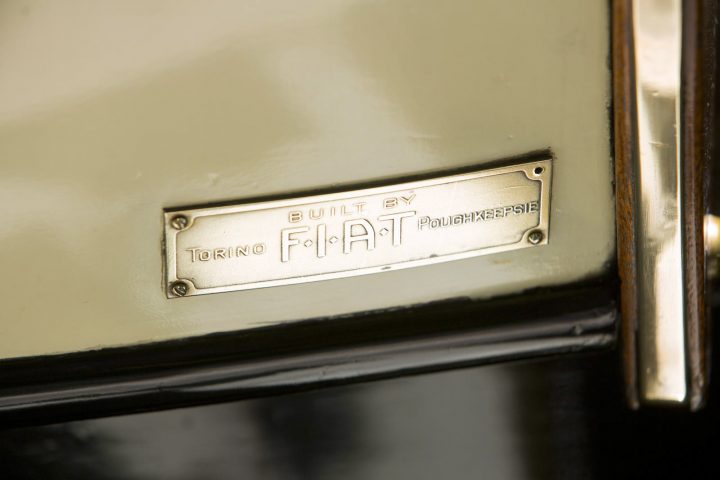 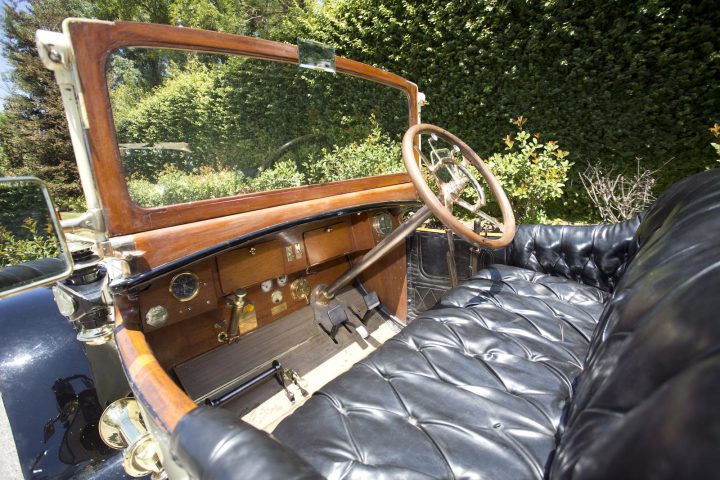 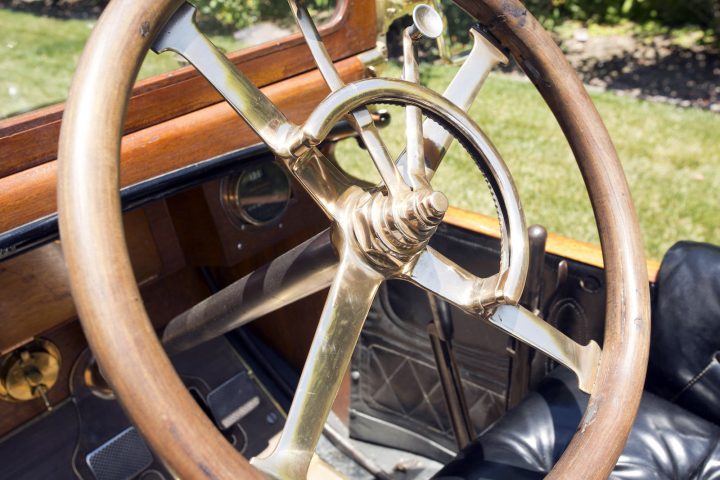 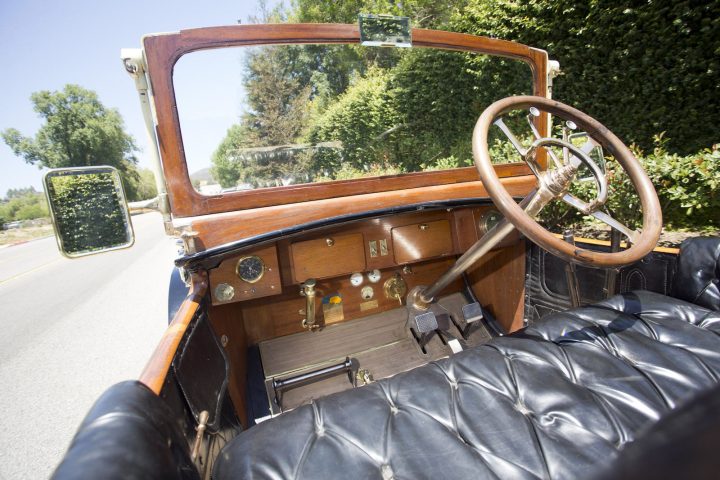 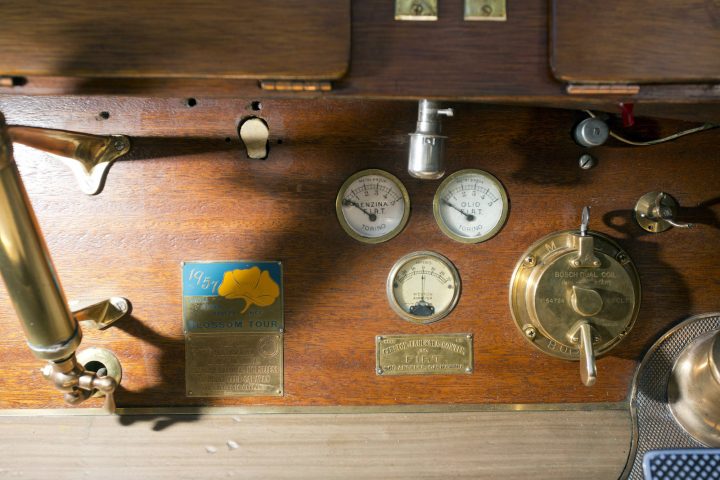 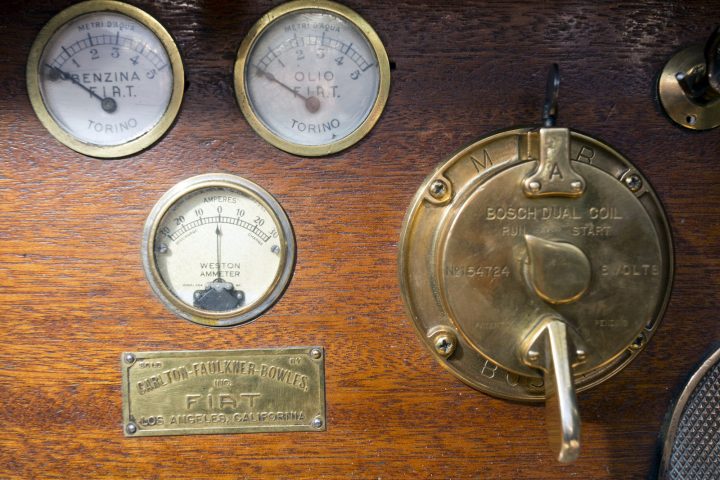 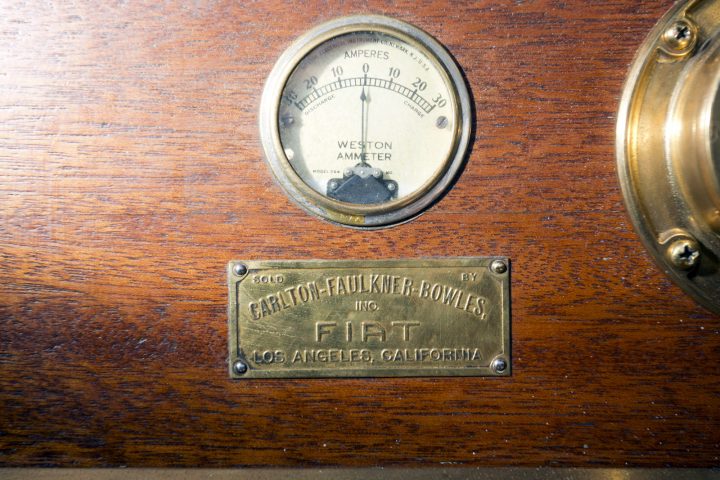 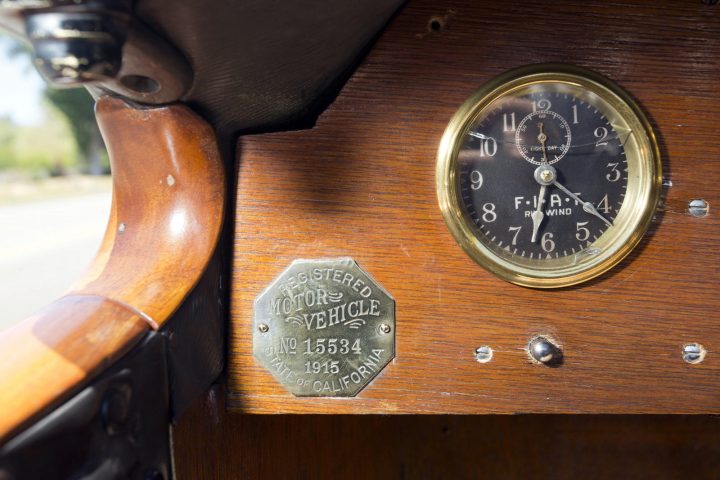 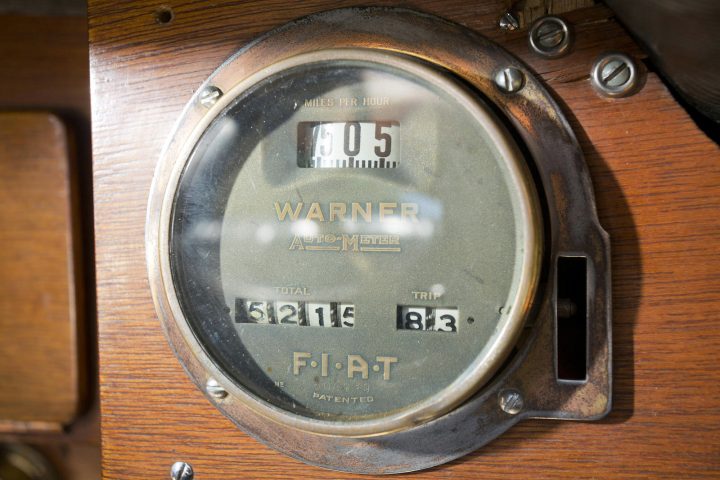 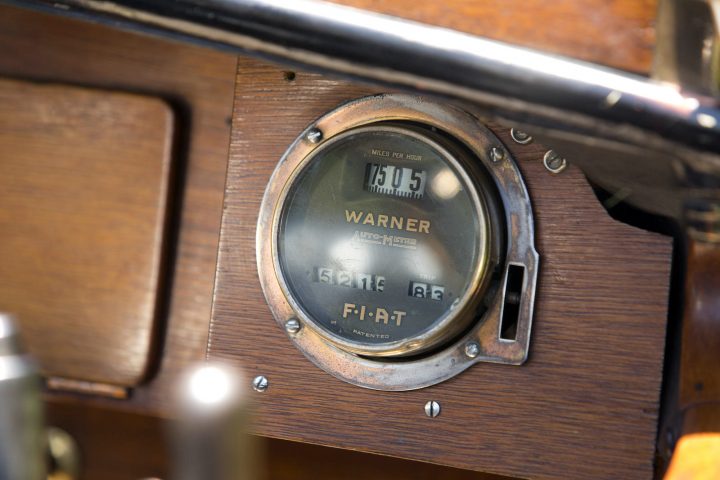 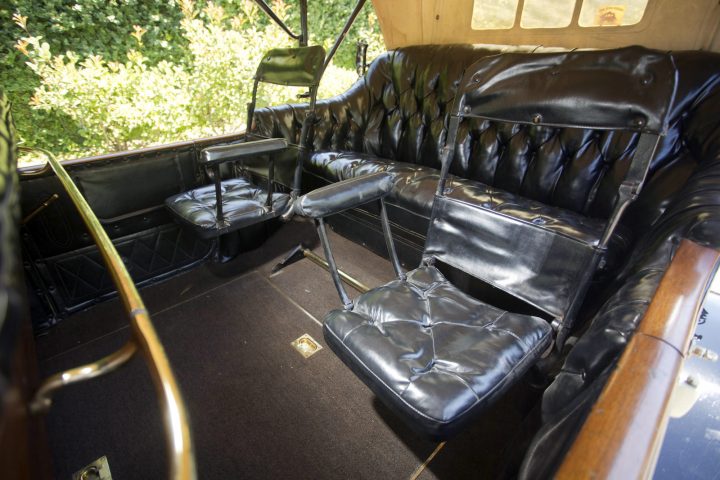 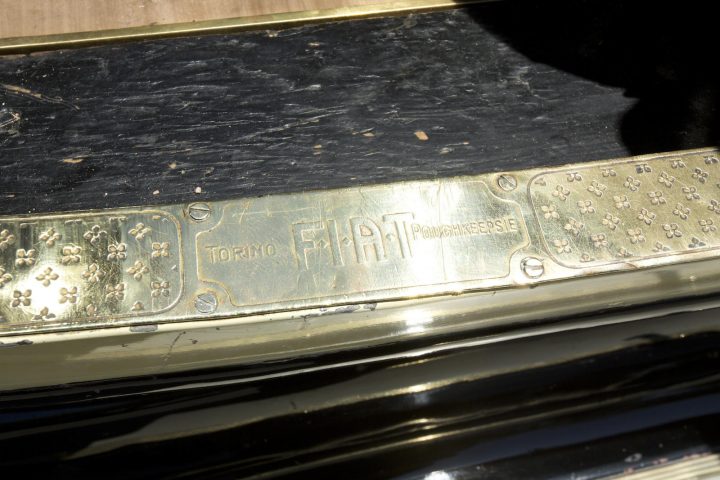 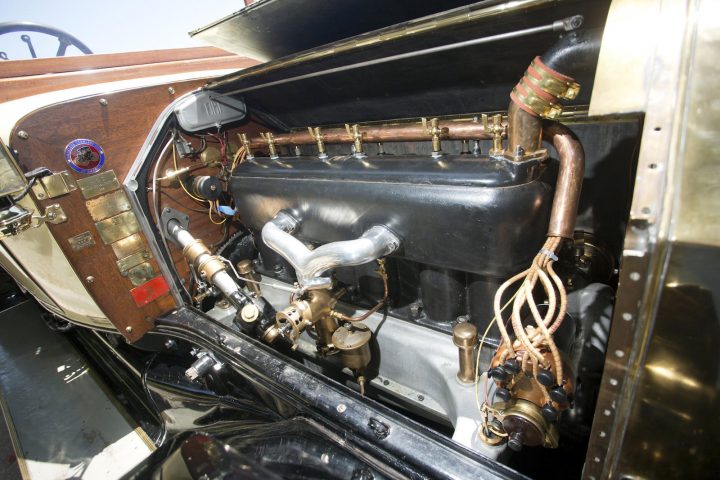 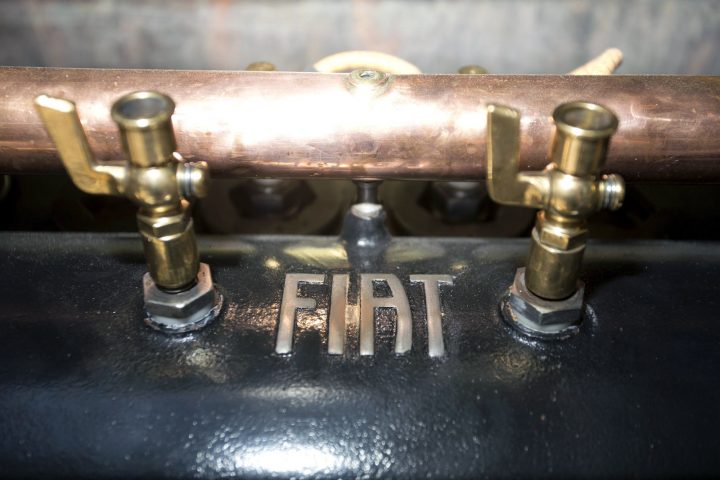 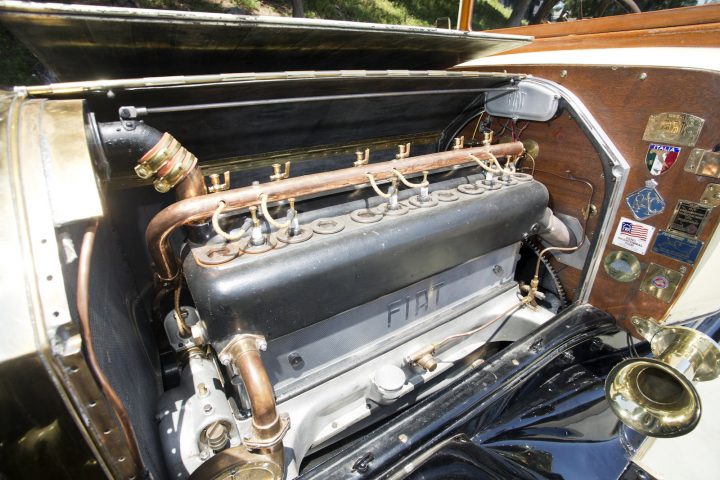 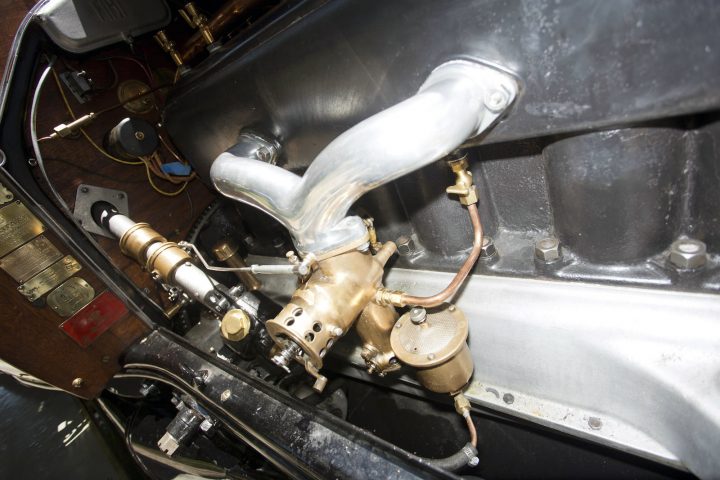 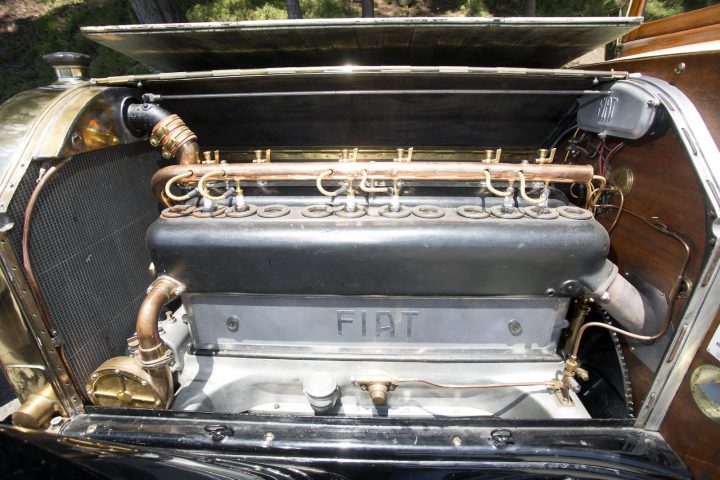 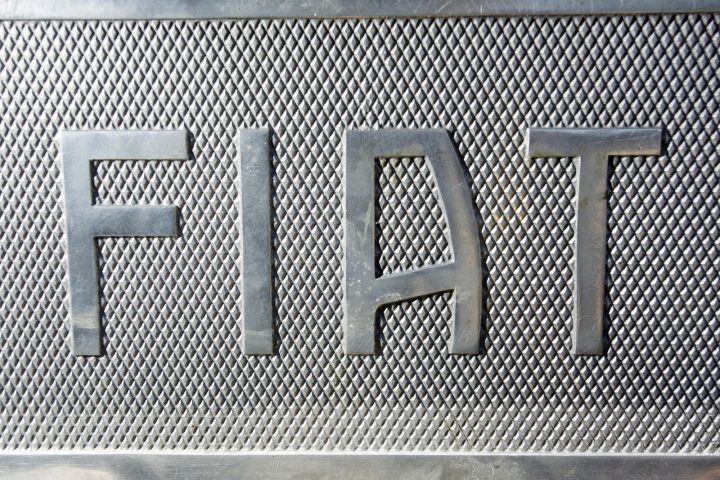 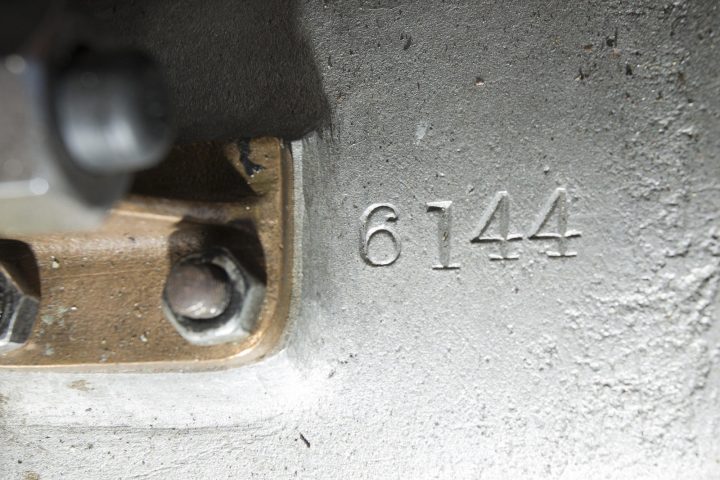