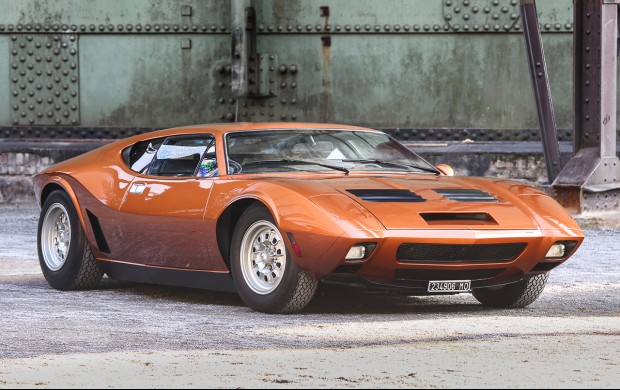 While well-respected for producing sensible, economical cars, American Motors (AMC) responded to declining market share in the mid-1960s with a change in focus to performance. Given new creative freedom, American Motors styling director Richard “Dick” Teague and his design team unleashed the bold “Project IV” concept cars that toured US auto shows during 1966 and previewed AMC’s future designs, including the AMX that would debut alongside the sporty Javelin for 1968. Momentum heightened in January 1967 when AMC chose Gerald C. Meyers as vice president of automotive development and manufacturing. In June 1967, Meyers gave Teague and his chief designer, Bob Nixon, approval to propose a radical mid-engine prototype in competition with a proposal from Italian stylist Giorgetto Giugiaro. 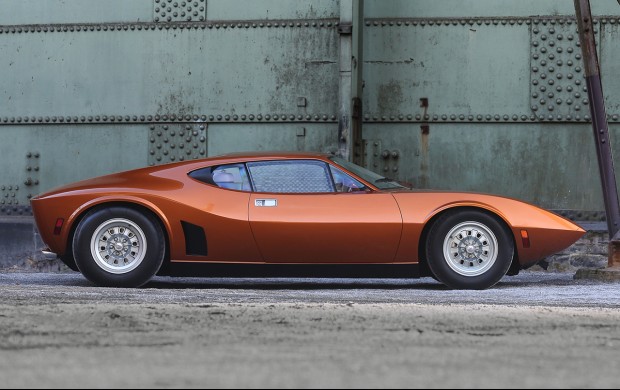 Teague and his staff replied with the AMX/2, itself succeeded by the AMX/3, which was selected for development. Italian engineer Giotto Bizzarrini, renowned for his own road and racing cars, as well as his prior work for Ferrari, Lamborghini, and Iso, performed chassis and suspension design. BMW was tapped for engineering and testing, internally coding the AMX/3 as Project E18. Giugiaro’s ItalDesign would structurally perfect the steel semi-monocoque body. Bizzarrini and close collaborator Salvatore Diomante would assemble the AMX/3 through a new joint-venture company. Chassis and body parts were purpose-designed, while other items were sourced from AMC and external suppliers. Power was supplied by AMC’s 390 cid V-8 engine, rated at 340 hp and mated to a four-speed gearbox/ rear transaxle supplied by OTO Melara. Exhaustive testing by BMW yielded high body rigidity, a state-of-the-art brake system, and improvements to the clutch. 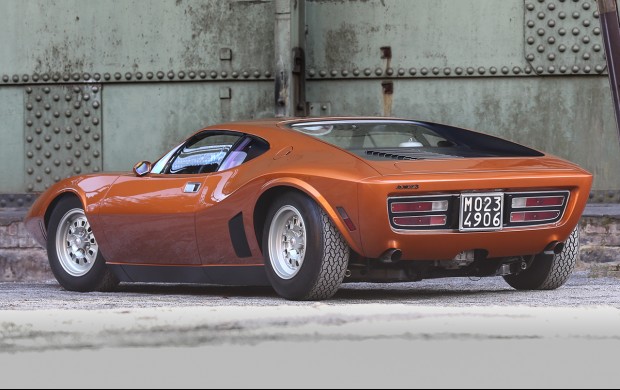 Initial estimates projecting a run of 1,000 cars quickly shrank to 26, but the highly anticipated introduction of the AMX/3 at Rome on March 23, 1970 – one day before the launch of the Ford-powered De Tomaso Pantera – was a full success. Before AMX canceled the project, five AMX/3s were completed. Bizzarrini and Diomante built a sixth example from remaining components, which they hoped to market as the Sciabola (Sword). 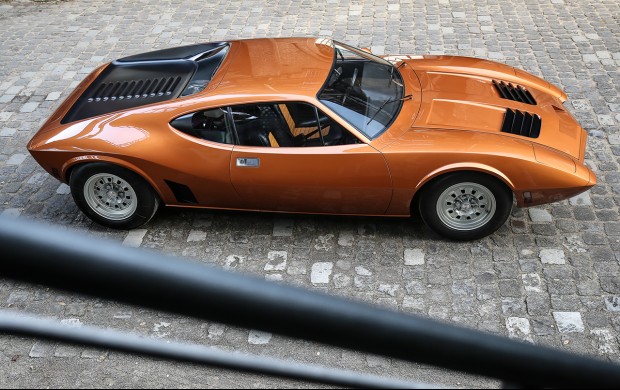 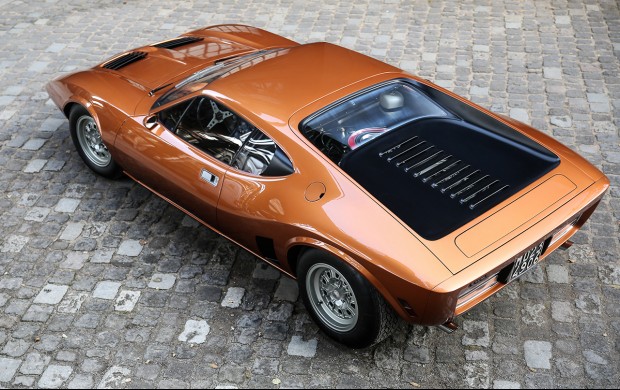 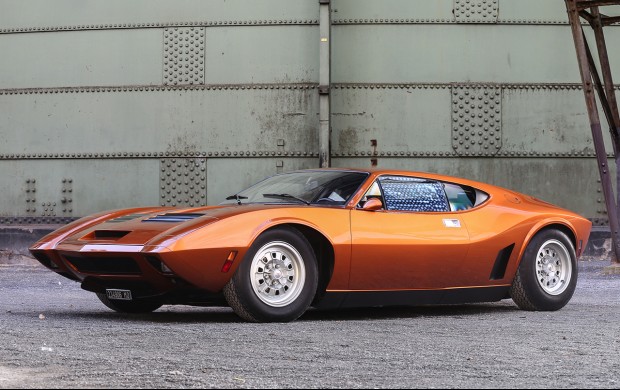 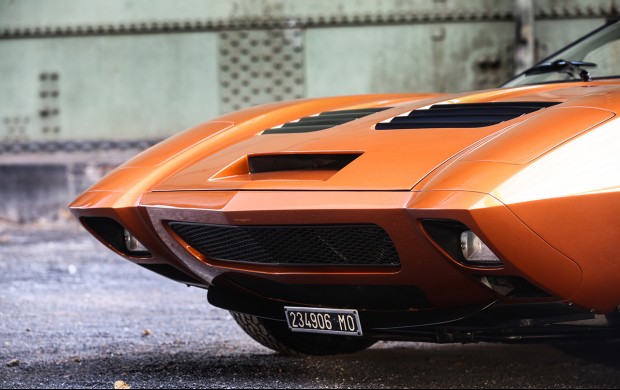 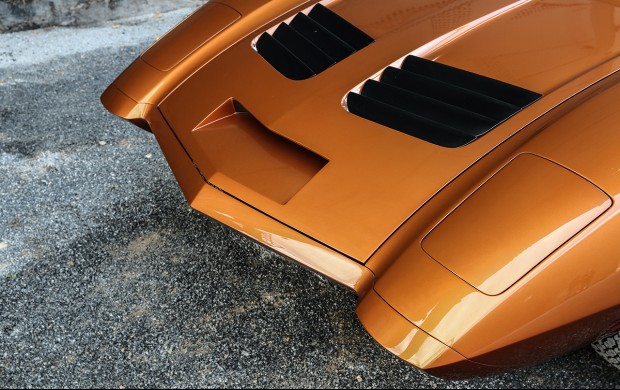 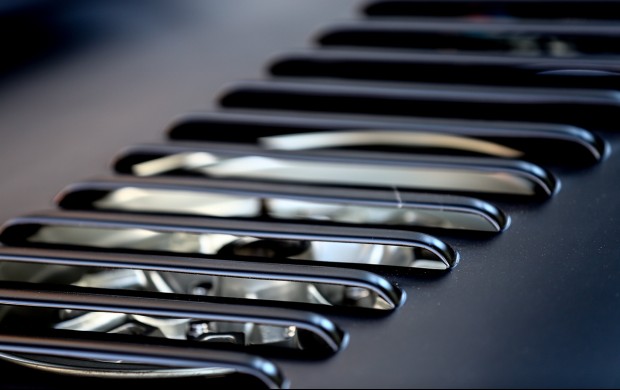 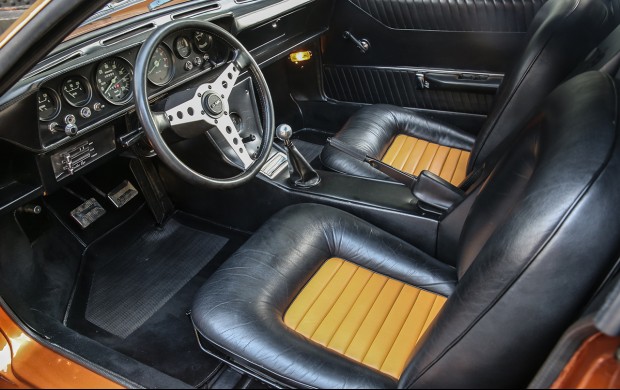 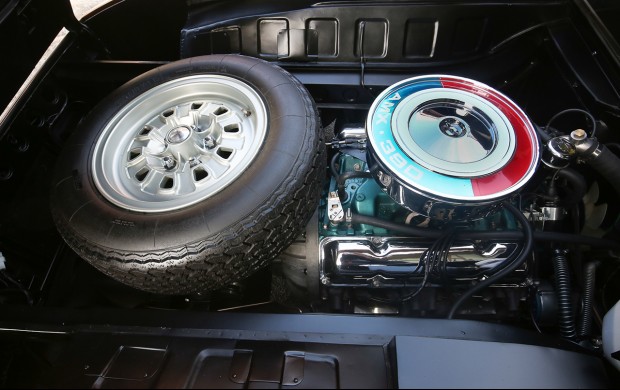 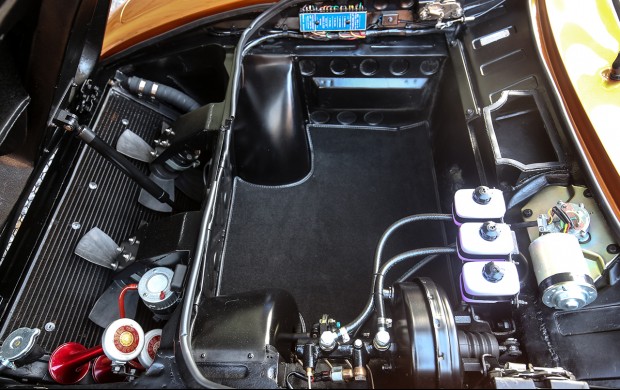 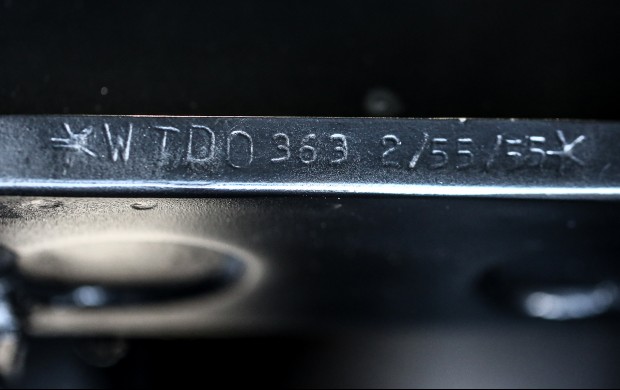 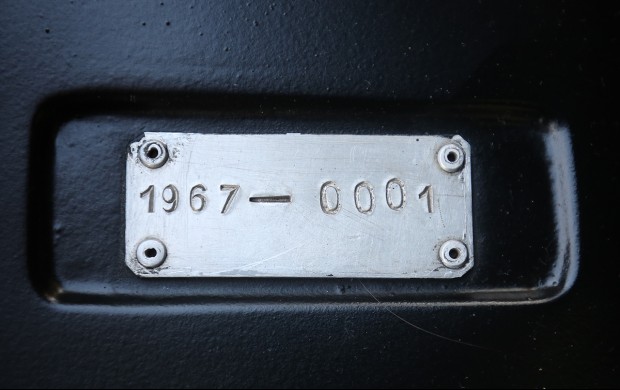