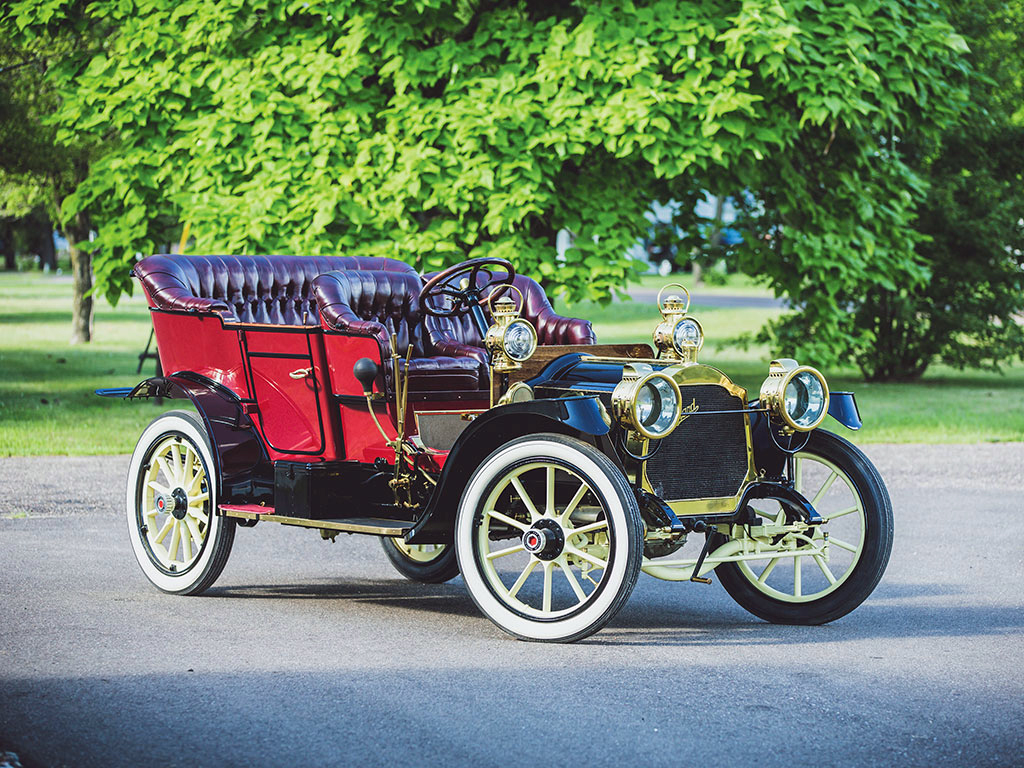 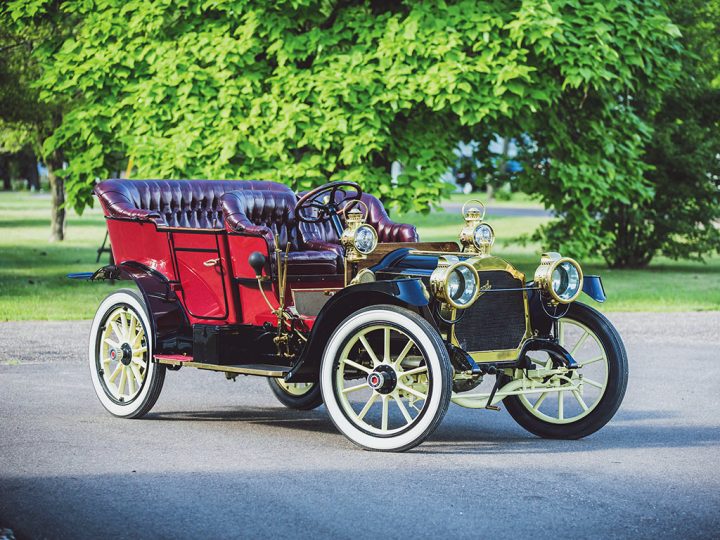 As part of their 1909 series, Packard introduced the ‘18,’ a new, smaller car, built to the same high standards of quality as the range-topping ‘30,’ but priced at about $1,000. It was a grand and well-engineered little jewel of an automobile, touted as a “city car” but amply powered and available in a multitude of body styles. These represented Packard’s foray into the “smaller car” market and combined sensible engineering and elegant designs into a good-looking and somewhat more affordable production car. 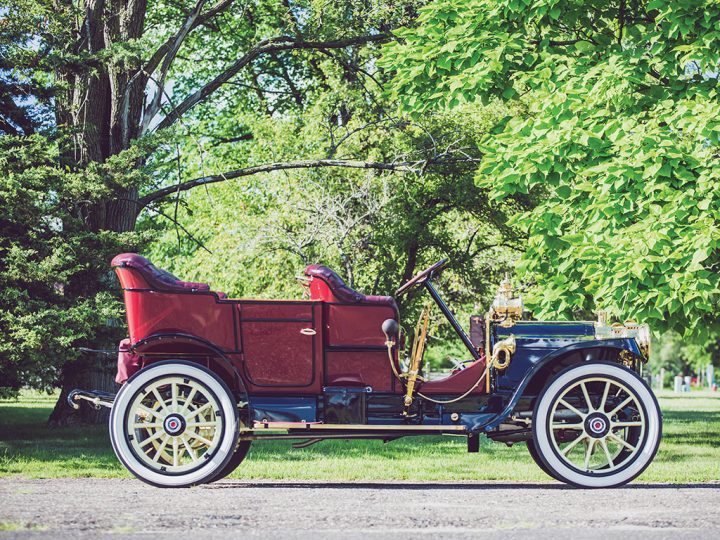 The Model NC ‘18’ presented here is recorded by Packard historians John Grundy and Tim Martin as being the 142nd earliest complete Packard automobile in existence. The sales records of longtime Minneapolis Packard dealers Joy Brothers note that it was sold new in that Minnesota city to G. Friedeman. Subsequent owners are unknown prior to 1950, when the car was acquired by Florian Stuzinski, an early enthusiast in the Twin Cities area. In 1955, Mr. Stuzinski sold the car to Bill Lund of St. Paul. Subsequently, in 1958, it was acquired by the current owner and has remained in his fine collection now for nearly six decades. 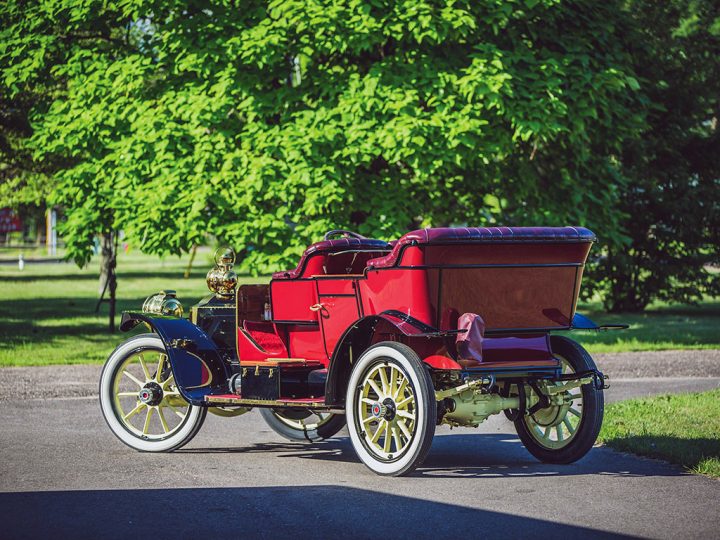 More recently, the car has undergone a complete restoration back to original condition. This included handsome new touring car coachwork in the original style, finished beautifully in black and red using a correct period color scheme, and lushly upholstered in maroon leather. The beautiful restoration is accentuated by cream-finished wooden wheels shod in whitewall tires, as well as lovely brass trim, including the headlamps, side lights, and Packard radiator script. Fit and finish throughout is described as being excellent. Furthermore, inspection of the car’s numbers reveals it to be wonderfully pure mechanically, including the original engine, frame, clutch, and steering box, all of which are numbered closely together and therefore “matching” in Packard vernacular. 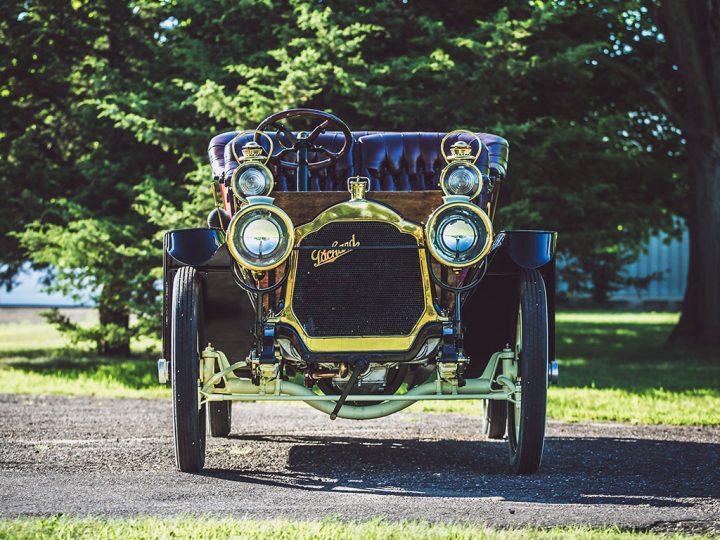 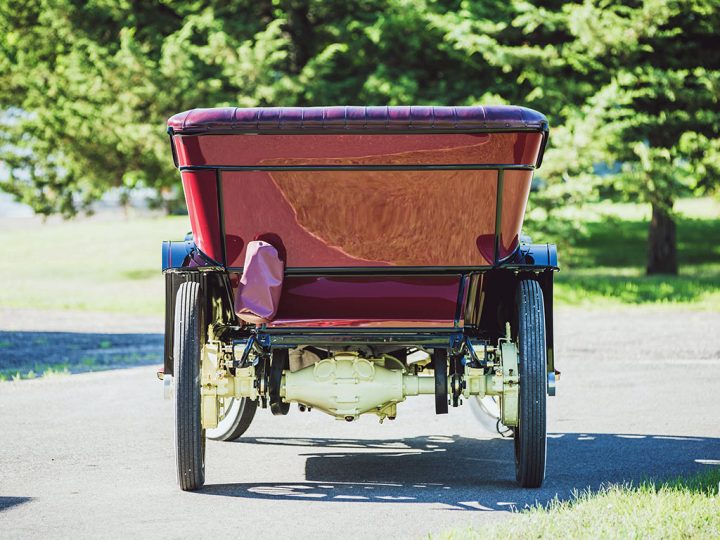 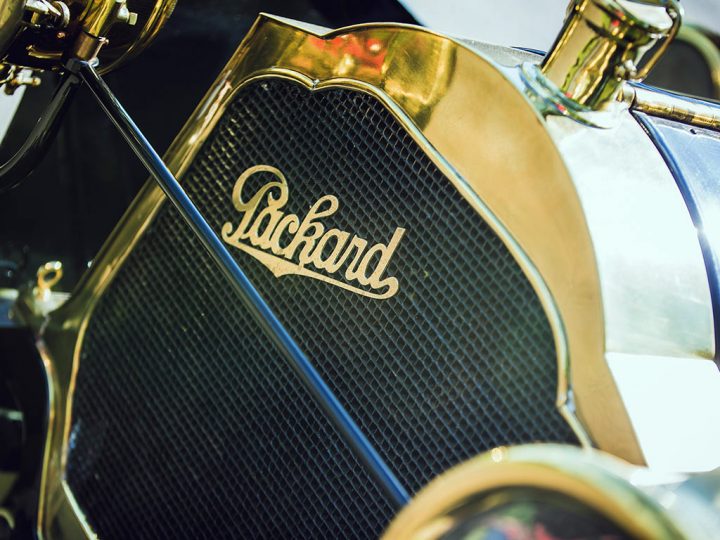 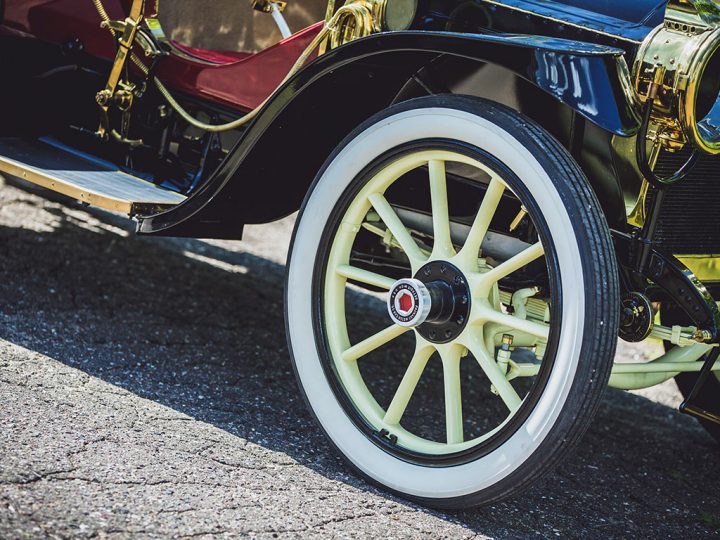 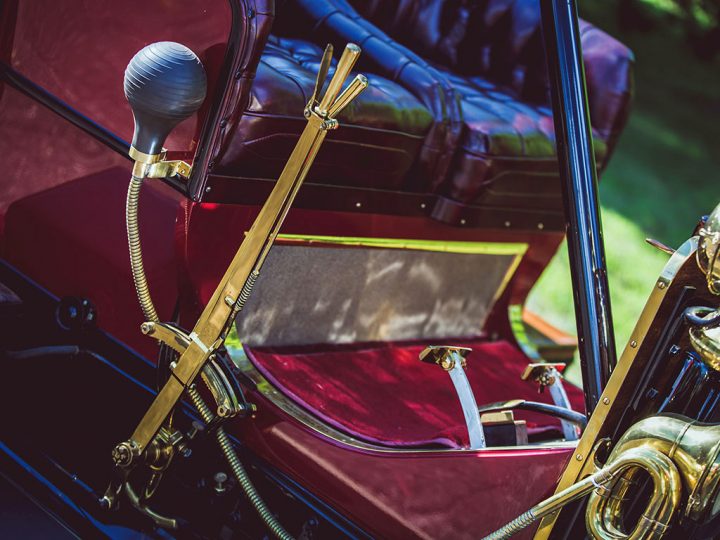 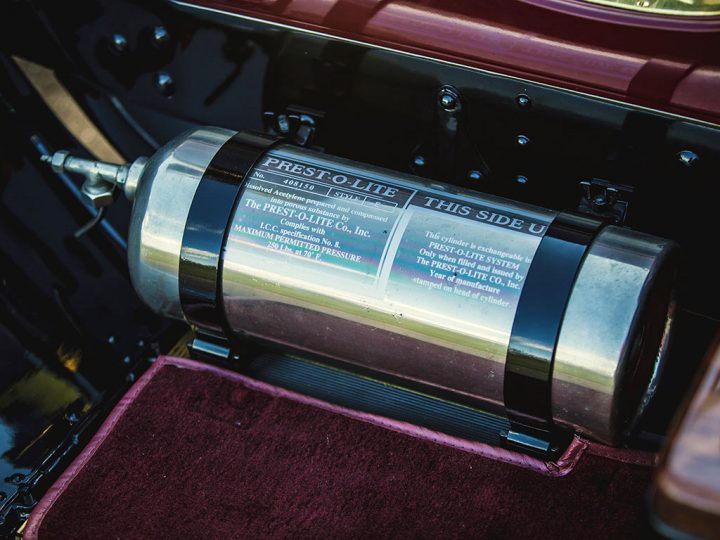 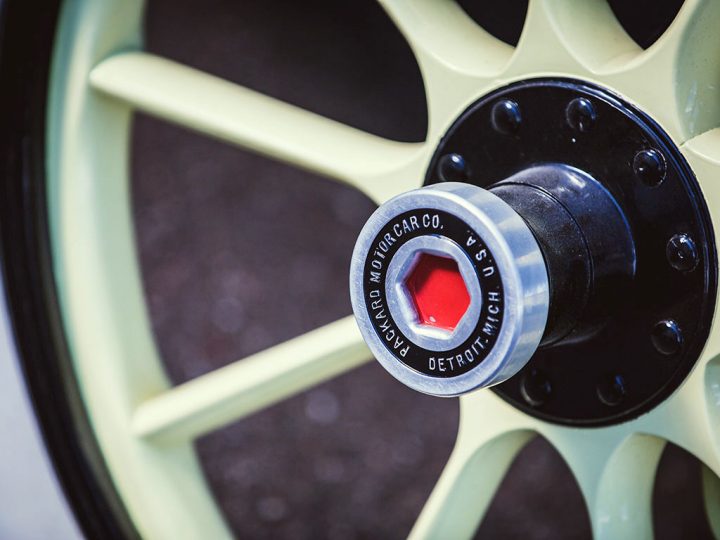 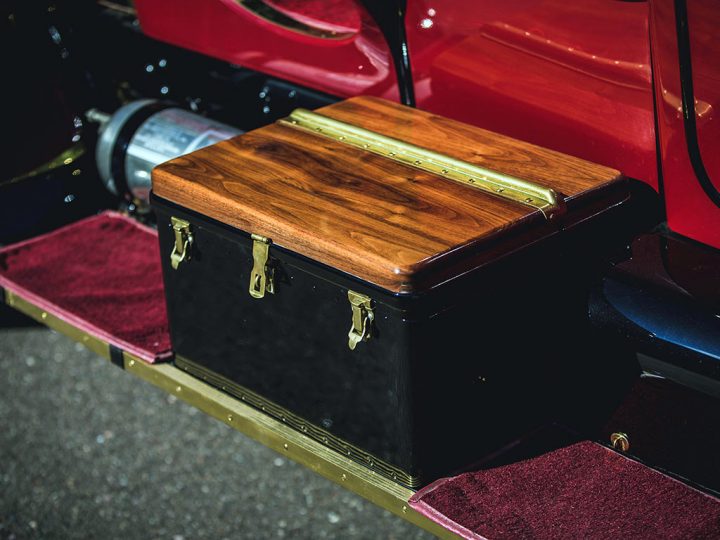 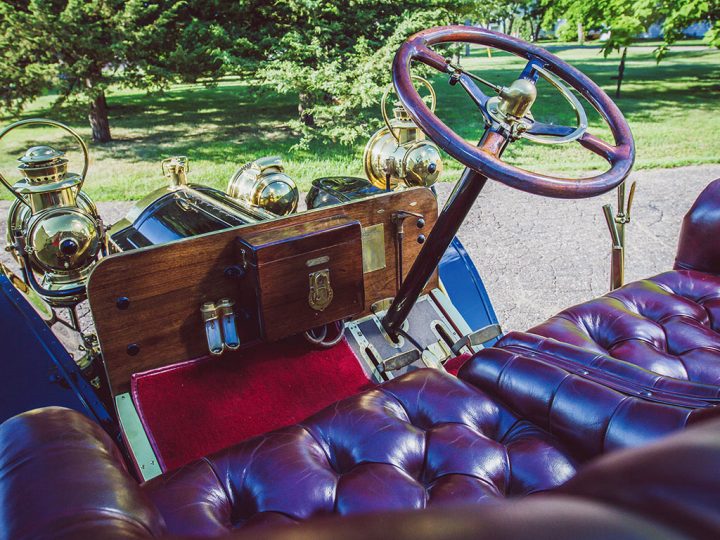 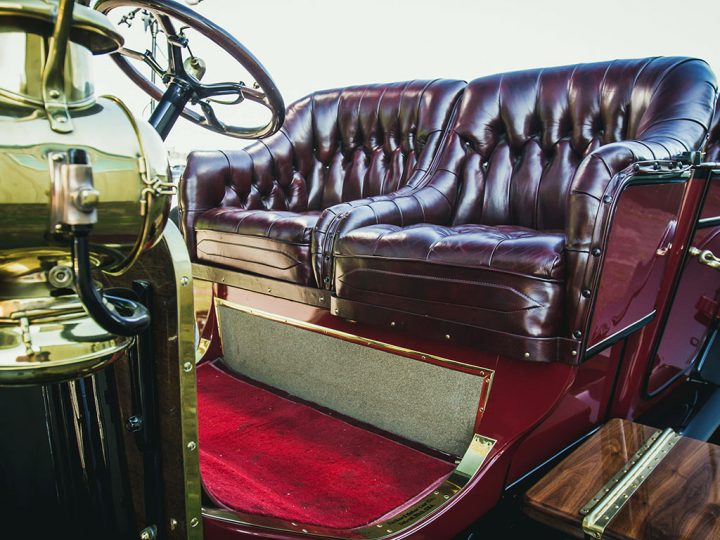 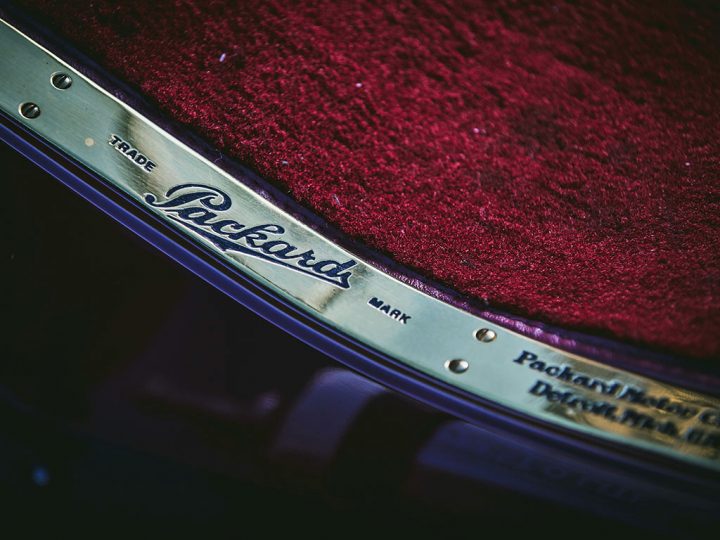 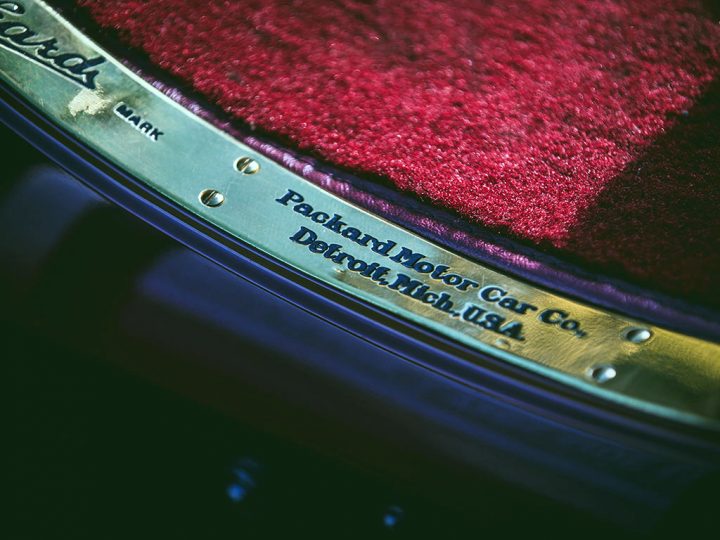 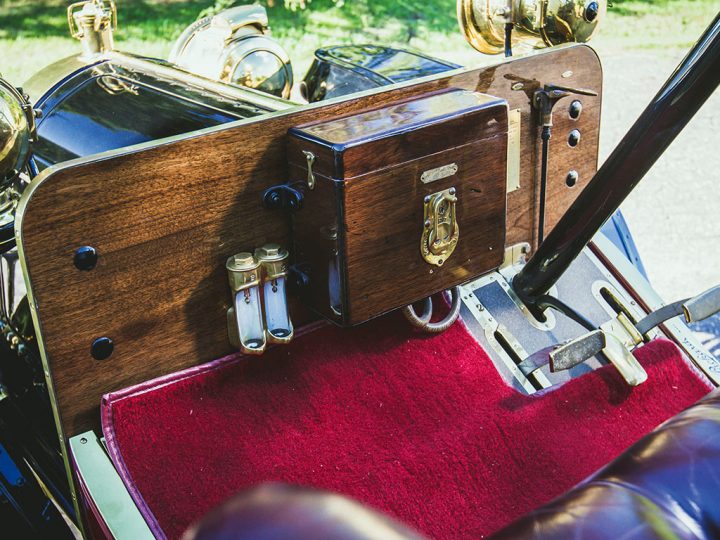 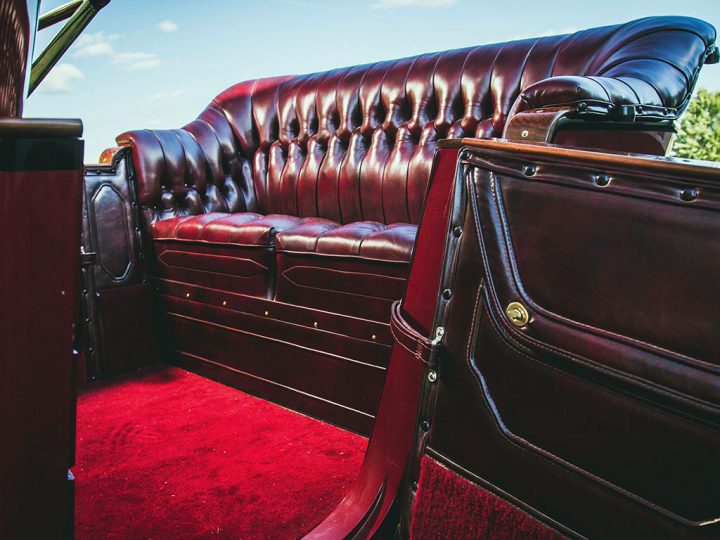 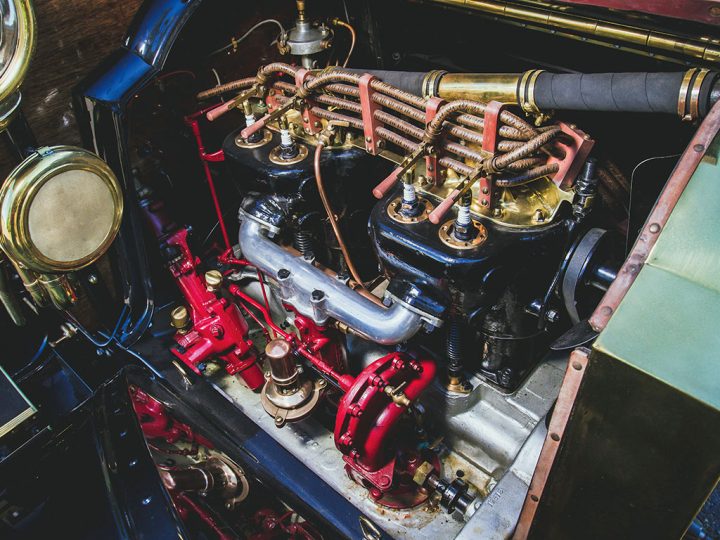 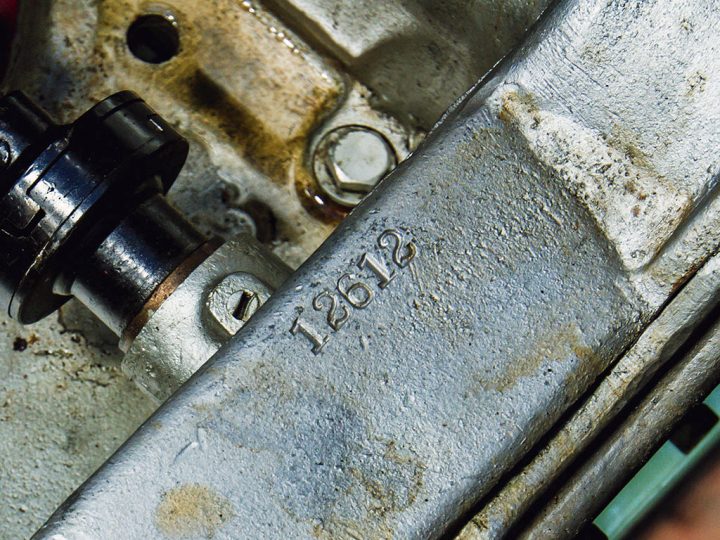 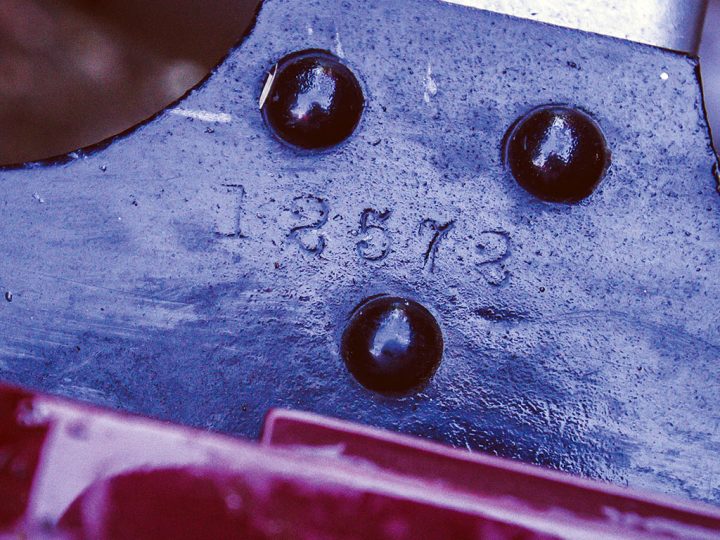