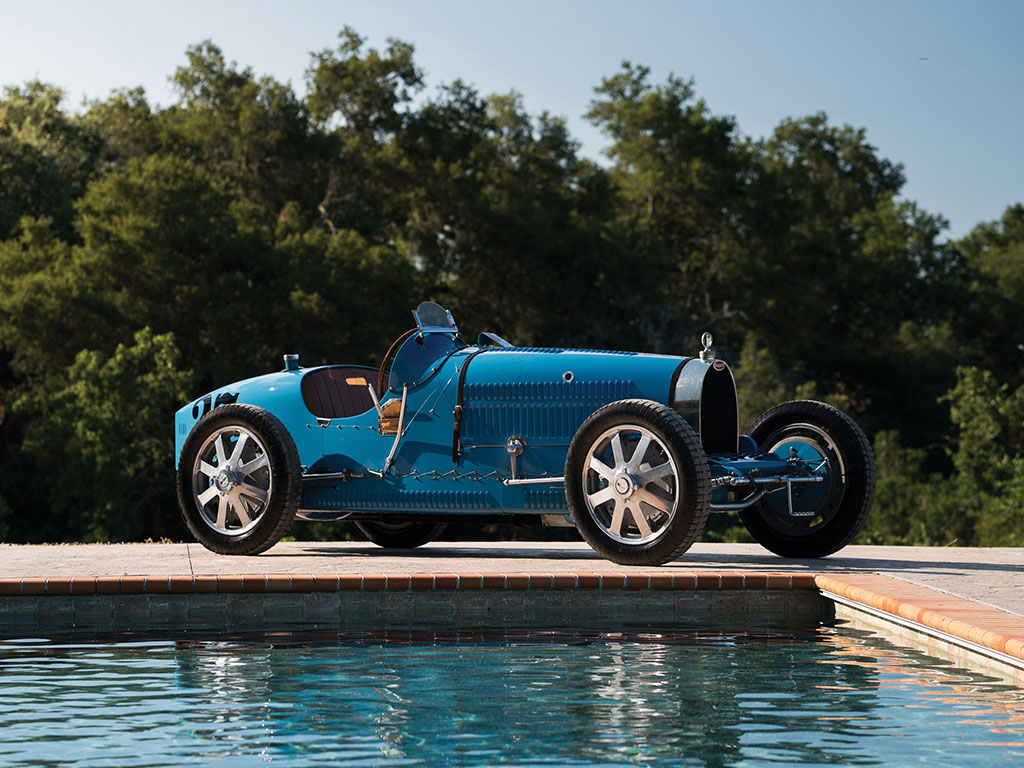 The Bugatti Type 35C presented here is believed to be one of at least four Grand Prix Bugattis driven out of the factory under this same chassis number for tax reasons, all of which were owned and raced by the legendary Elizabeth Junek.

While the car’s earliest history remains to be positively identified, it has been known in its current form since its acquisition by the renowned collector J.B. Nethercutt on 4 November 1959, from John E. Rogers of Salinas, California. Mr. Nethercutt paid $1,800 for the car, which was in rough condition but intact, running, and in its current form and configuration at the time, including the present chassis number and engine, as documented by period photographs. It was recorded as being in the same order in 1962, when listed in Hugh Conway’s now-famous Bugatti Register of the same annum.

Subsequently the car passed to the famed “Bugattiste,” Overton Axton “Bunny” Phillips, from whom it was acquired in 1972 by American Bugatti Club past president, Dr. Richard Riddell. In Dr. Riddell’s ownership the car appeared at the Pebble Beach Concours d’Elegance in 1979, then ran at the Monterey Historics no fewer than 12 times over the next 30 years! It was then acquired in 2011 by the current owners, themselves longtime Bugatti enthusiasts on the West Coast, who have continued to enjoy it in the manner for which it was built.

In a letter on file, marque specialist and historian David Sewell noted that all of the car’s major components are authentic period Type 35 and 35C pieces, with the exception of the bodywork, replaced by the talented Mr. Phillips in the late 1960s, and the chassis plate, which is a Bugatti Owners Club replacement issued by Hugh Conway in 1985. Other documentation includes the car’s appearance in Beverly Rae Kimes’ seminal 1990 book, The Classic Car.