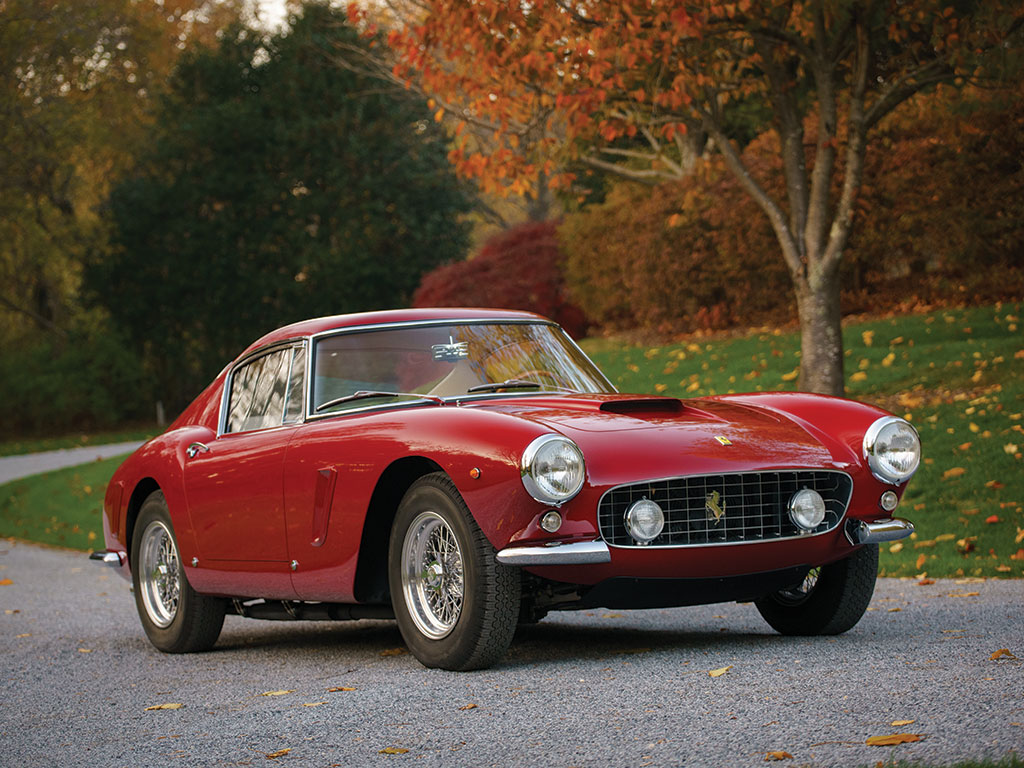 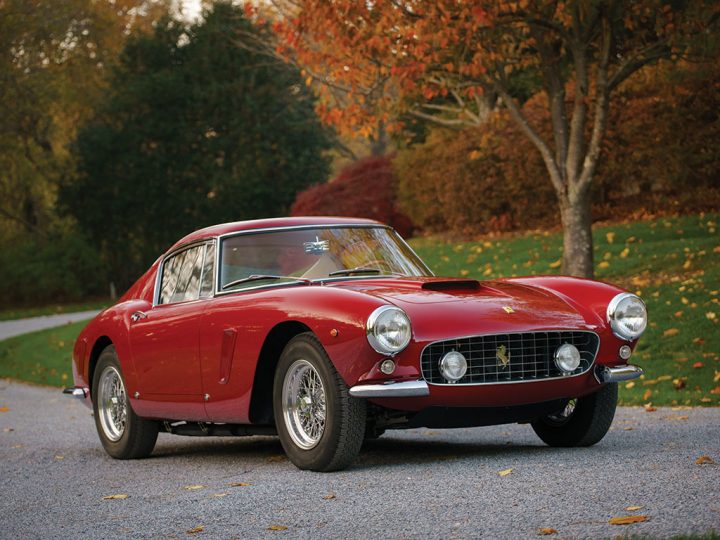 Benefiting from an award-winning restoration as well as Red Book certification from Ferrari Classiche, this beautiful 250 GT is undoubtedly one of the finest SWBs. Chassis number 2639 is believed to be one of 41 examples built to road-car specifications in 1961, and the 83rd example built overall. While the berlinetta was not a full-bore competizione example, it was fitted with many competition features, including a ribbed competition gearbox, competition Weber carburetors, an Abarth exhaust system, upgraded camshafts, and Milletto shock absorbers, as well as the exclusion of front and rear bumpers for an aggressive, race-inspired look. Like most SWB examples produced in 1961, the car featured alloy doors, hood, and trunk lid on the otherwise steel coachwork. It is believed to be one of 10 or 11 such “semi-competition” examples that were outfitted with desirable competition features from the Factory. 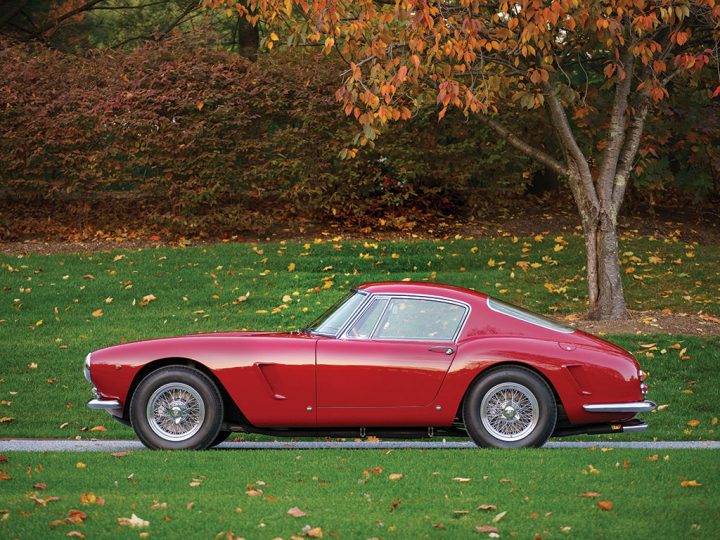 On 5 April 1961, the chassis was sent to Scaglietti in Modena for bodywork, and it was finished in grigio argento paint and trimmed with nero vaumol leather upholstery. The berlinetta’s mechanicals were completed that summer, with the rear axle assembled on 26 July and the Colombo-designed V-12 finishing assembly a day later. On 31 July, the chassis was officially completed and the SWB was soon dispatched for retail to Parauto S.n.c., a Ferrari dealer in Genova, Italy, where it was purchased by local resident Marco Dall’Orso. 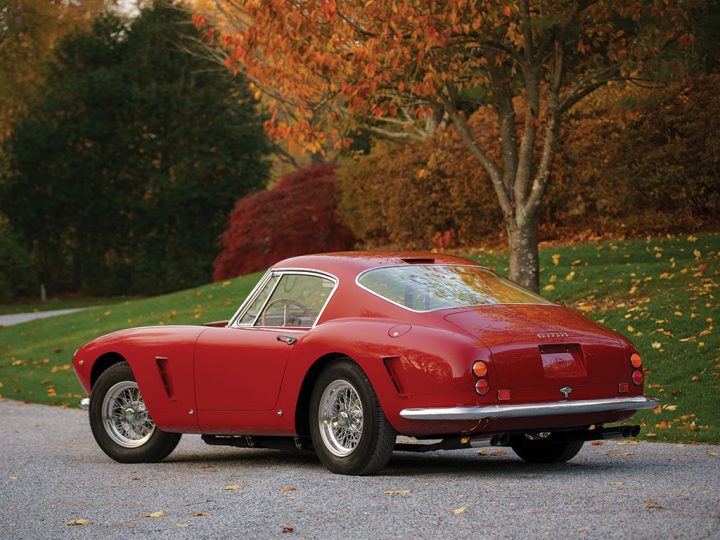 Later in the decade, 2639 was acquired by Rome-based dealer Roberto Goldini, and he arranged a sale to Edwin Niles, the attorney in Los Angeles who has owned and traded so many Ferraris over the decades. Niles sold the SWB to Barry and Michael Schwartz, the proprietors of Continental Auto Body in North Hollywood, and they sold the car in 1970 to Peter Boyd of Hollywood, a collector of Ferraris and other racing sports cars who was also reportedly an actor and singer.

In 1972, the SWB was purchased by Hal Mayfield of Dallas, Texas, and he sold it in 1974 to Roger Plummer of Sulphur Springs, Texas. Around this time, the owner took the opportunity to customize the car’s nose with recessed covered headlamps in the style of a California Spider. 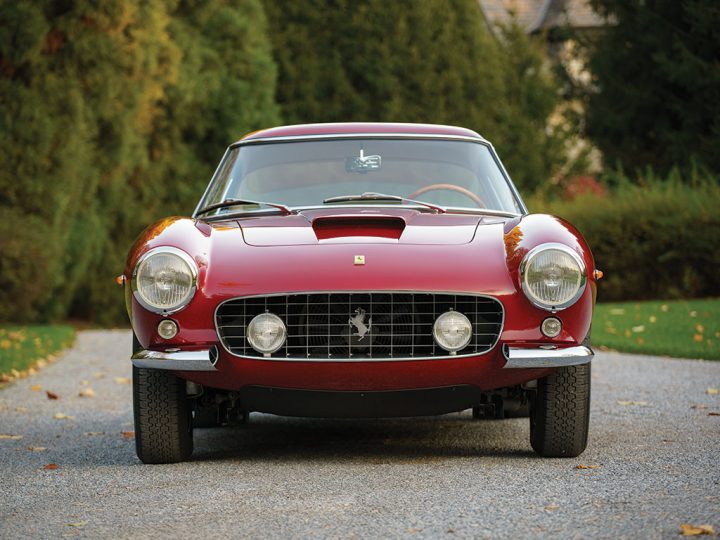 In the 1980s, the berlinetta was acquired by Stephen Forristall GT Cars of Houston, and it was domiciled for several years while being restored with a rebuilt gearbox and clutch, and a modified intake featuring a cold-air box with velocity stacks. Furthermore, the body was refinished in red and the interior was reupholstered with tan leather. In March 1985, the Ferrari passed through two New York-based dealers before being purchased in 1986 by Alfred Guggisberg’s Oldtimer Garage Ltd. in Toffen, Switzerland. Temporarily sold to Erich Traber of Berne, the car was then sold to Beat Kanzig of Oberrohrdorf, Switzerland, who kept it for the following 13 years. While in his possession, the modified front fascia was corrected to the original factory configuration.

Over the next two years, 2639 was offered by two Swiss dealers as well as Axel Urban’s Protrade GmbH in Hamburg, Germany, who eventually sold the car in late 2001 to respected Ferrari expert Jon Hajduk, the proprietor of Motorkraft in Indiana. Though the car was titled in Hajduk’s name, it was acquired circa 2002 by Peter Dyson, the esteemed collector and former owner of Noble Automotive (the British supercar manufacturer), and brother of the principal of Dyson Racing (the well-known successful Porsche privateers). 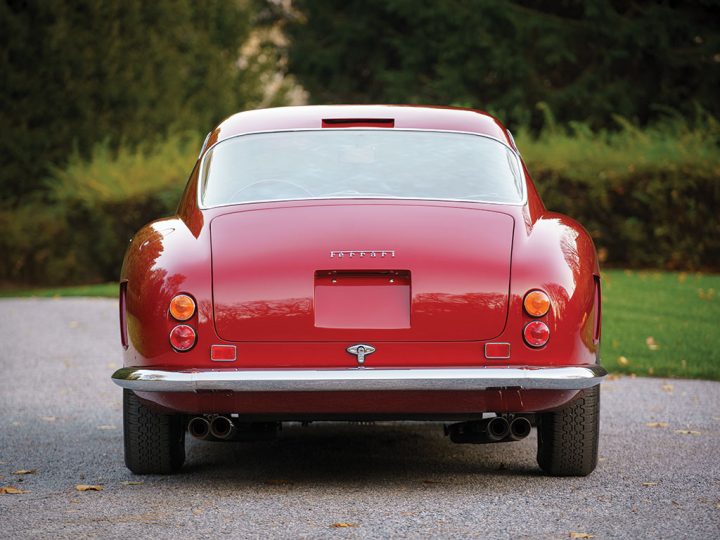 Dyson presented the SWB at the 38th Annual FCA Nationals meeting held in Los Angeles in May 2002, and he went on to keep the car for nine more years before quietly offering it for sale. In 2011, Dyson sold the Ferrari to the consignor, a New York-based collector who embarked on an effort to return the car to a more factory-correct state. After consulting with Ferrari Classiche, the consignor commissioned the installation of a correct new exhaust, and re-configuration of the engine intake. Following these and other minor corrective procedures, the SWB was authenticated with Red Book certification that attests to the presence of the original matching-numbers engine and drivetrain.

In 2012, Rod Drews’ F.A.I. in Costa Mesa, California, performed a major mechanical service as well as a rebuilding of the suspension, repairing cracked headers, repairing the roller cam followers, and properly tuning the engine. Two years later, the marque experts at MPI Motion Products in Wisconsin overhauled the SWB for optimal authenticity and factory-correct presentation, though with the addition of the standard bumpers, completing a two-year refurbishment (including engine rebuild) in 2015.

On 14 August 2015, the consignor presented 2639 at the Quail Motorsports Gathering in Carmel Valley, California, where it competed in “The Great Ferraris” class. A day later, the SWB was exhibited at Concorso Italiano in Seaside and won the prestigious trifecta, Best in Class, Best Ferrari, and Best of Show. On 17 August, the car was judged at the FCA Nationals in Monterey and scored 97.5 out of a possible 100 points. The consignor quickly set about correcting the car’s minor deficits, and indeed when presented at the Cavallino Classic in Palm Beach, Florida, five months later, the SWB improved by a full point. The score of 98.5 points was sufficient to win the Ferrari Classiche Cup for the finest factory-certified Ferrari, a notable distinction given the number of expertly restored Classiche-documented cars on display. Most recently, the SWB was shown at the 2017 Boca Raton Concours d’Elegance where it was awarded Best in Class (Foreign Sports, 1960-1975 – Closed). 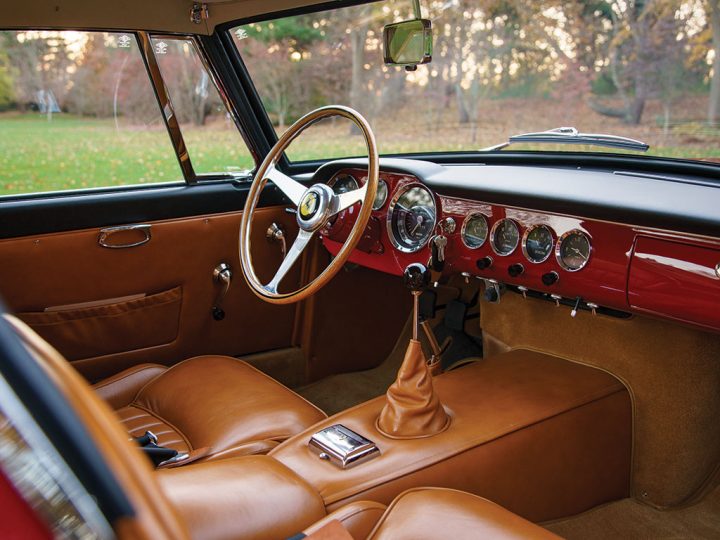 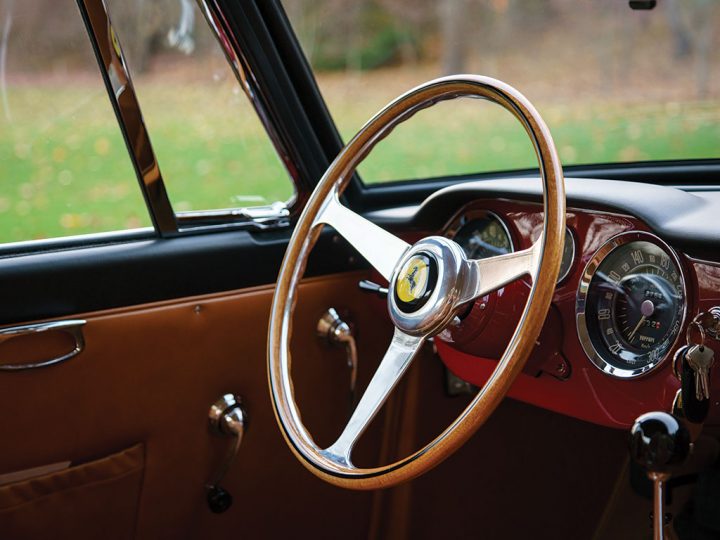 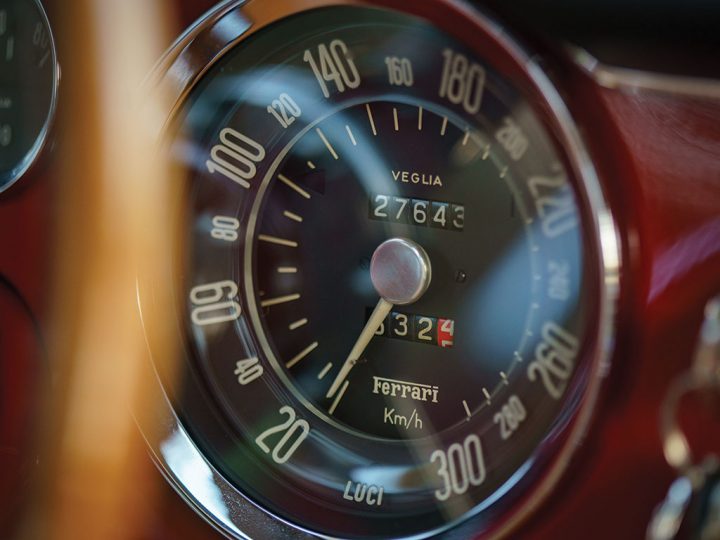 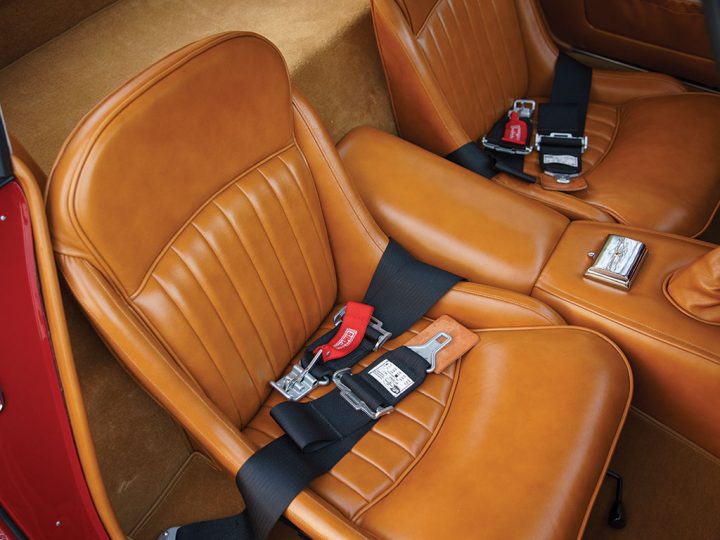 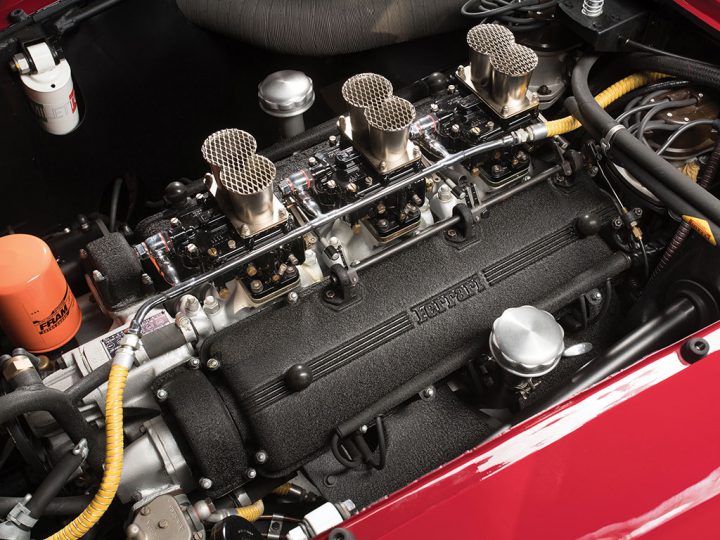 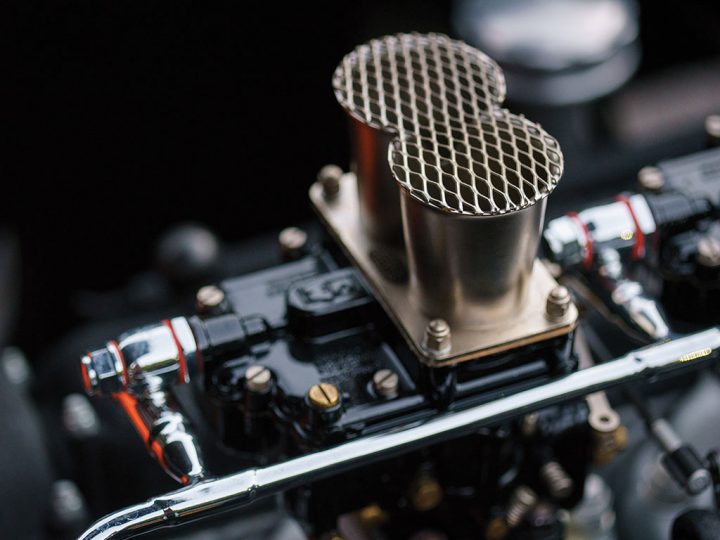 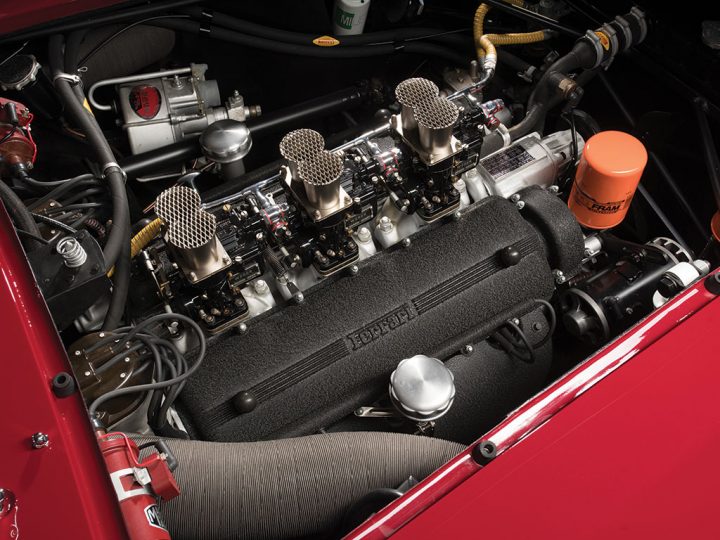 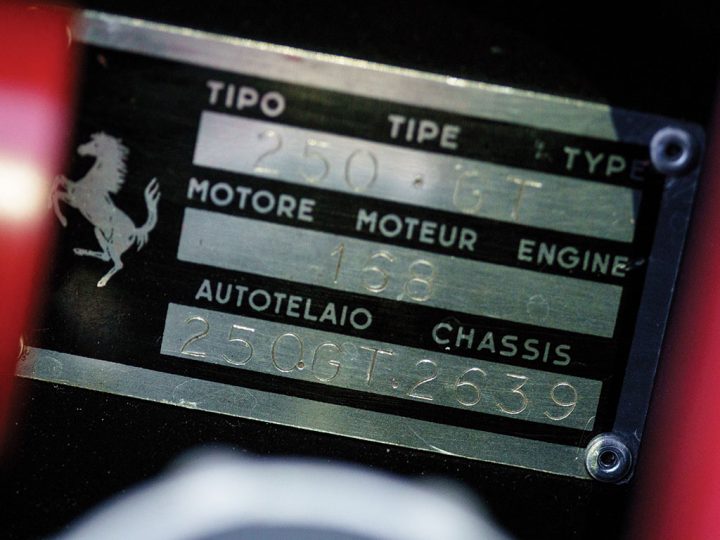