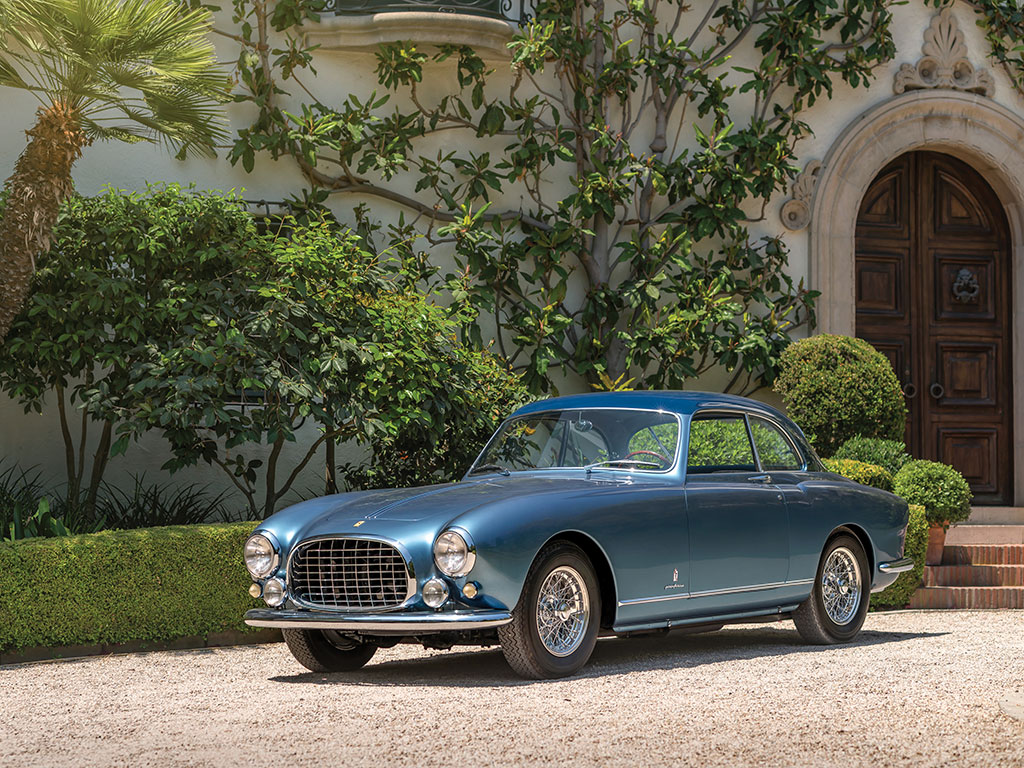 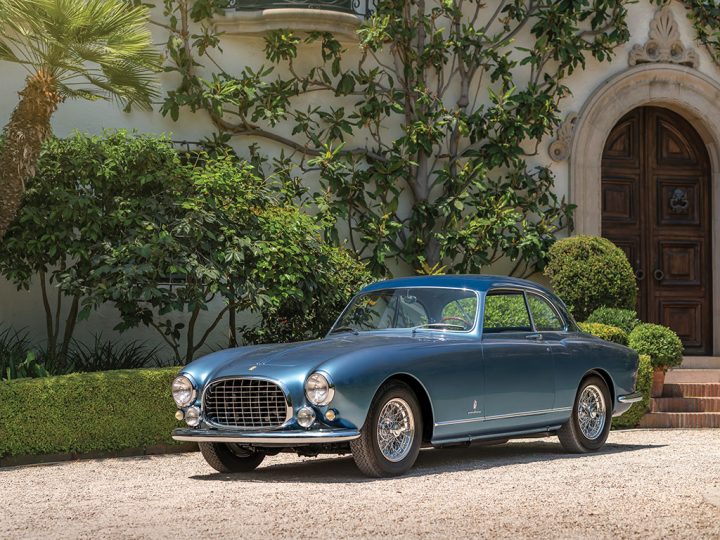 In October 1952, Ferrari began a gradual transition away from the 212-based platform with the debut of an Inter Cabriolet by Pinin Farina, chassis number 0235 EU. This was the first appearance of the EU suffix, signifying “Europa” and indicating a new range of continental-positioned GT cars. The well-appointed 212 Inter had always featured a longer 2,600-millimeter chassis, in comparison to the racing 212 Export; these dimensions were exaggerated even further on the 2,800-millimeter chassis that would soon arrive on the forthcoming 250 Europa. 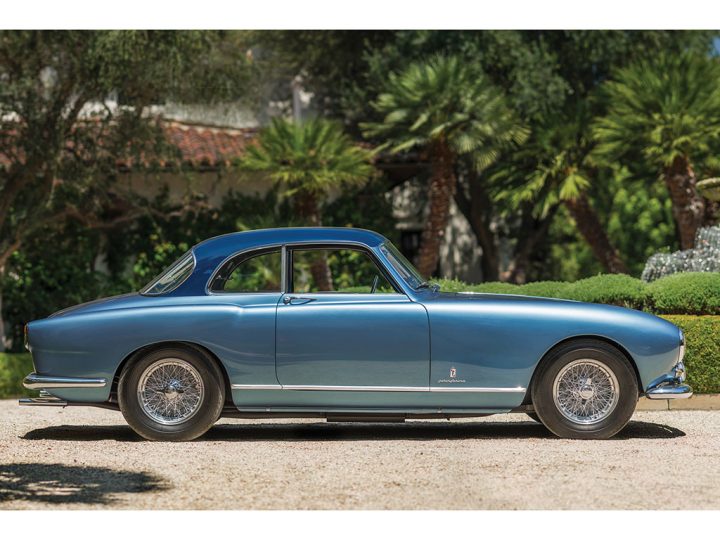 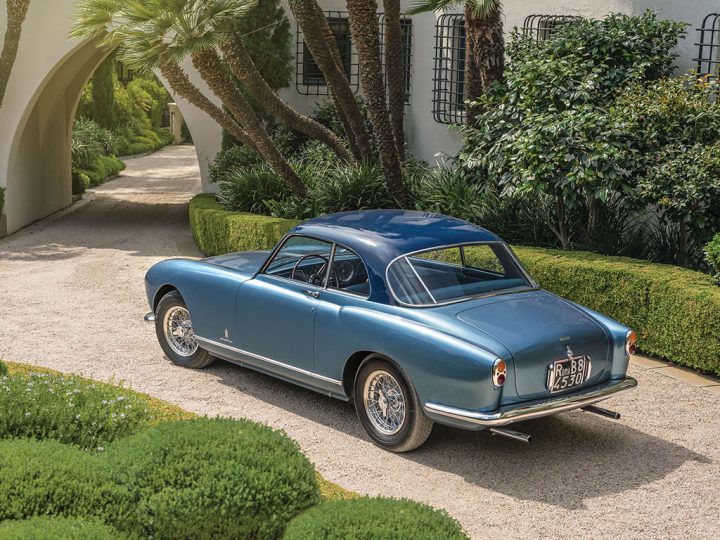 The stunning late-production 212 presented here was the third of 11 such coupes built by Pinin Farina; it was also the 15th from final car built on the 212 platform. Notably, it was constructed only one car prior to chassis number 0265, the prototype 250 Europa, which received a Lampredi-designed 3.0-litre V-12 and was sold to Roberto Rossellini. This Inter, therefore, is as close to the “full Europa” specification as possible, including sharing front-end design cues with the 250 Europa that followed! 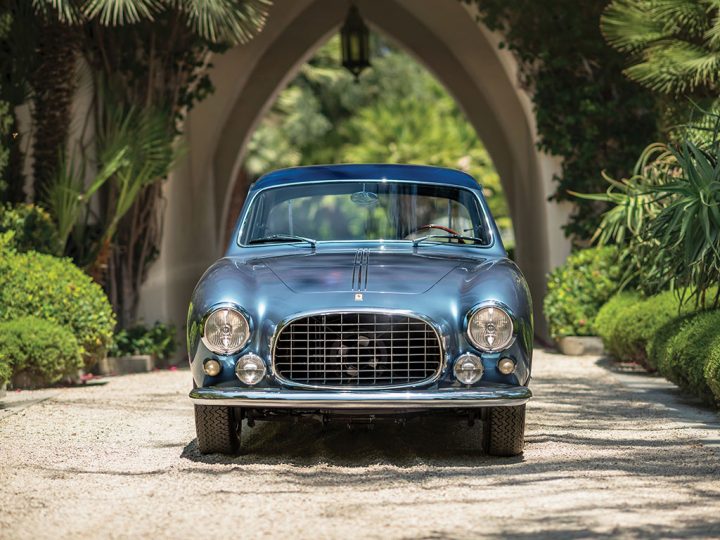 The car was completed in late 1952 and subsequently used by the factory for exhibition, including on the factory stand at the Turin Motor Show in April 1953. Following its display, on behalf of Ferrari, the 212 was sold to its first private owner, Paris resident Pierre Guilherme. 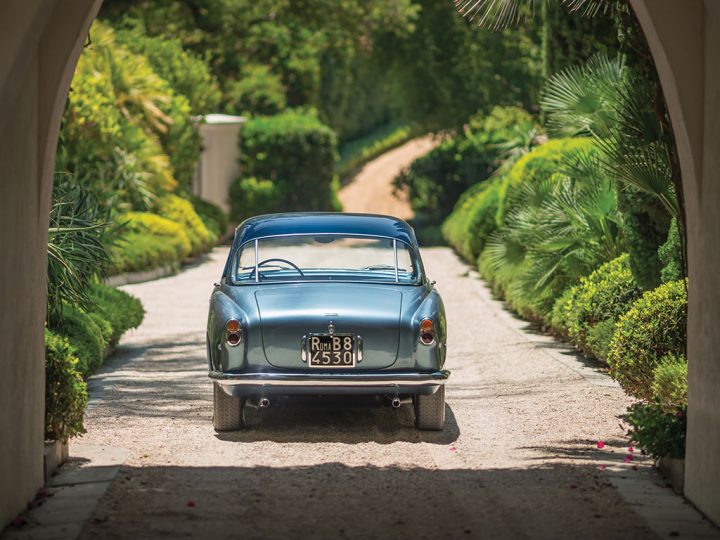 By April 1958, the former show car had come into the possession of Joseph Cattaneo’s garage in Paris, and it was subsequently acquired by Frank Butler, an American expatriate living in the French capital. In a description of the car later penned by Mr. Butler, he recalled how the 212 displayed the equivalent of 15,000 miles at the time of his purchase. He drove it to the races at Le Mans, Monaco, Spa, Rheims, and the Nürburgring, and in 1959 undertook a few repairs, including installation of an air horn. A year later he submitted the Europa to the factory Assistenza Clienti in Maranello, which refinished the rare Pinin Farina body in Rosso. 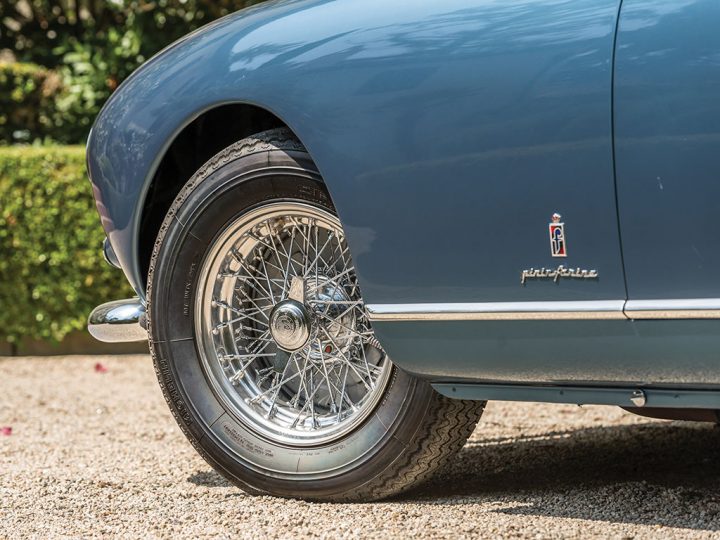 In 1961, Mr. Butler sold the Ferrari to American citizen Ed Gaus, who imported it to the United States shortly thereafter. The car next passed in 1965 to Mitchell Cahn of Bellerose, New York, who retained possession for nearly a decade before selling the 212 in 1974 to Alvin Meyer of Port Washington. Meyer presented the car at the FCA’s 2nd Annual Long Island Meet, the first of many club exhibitions in which it would appear. 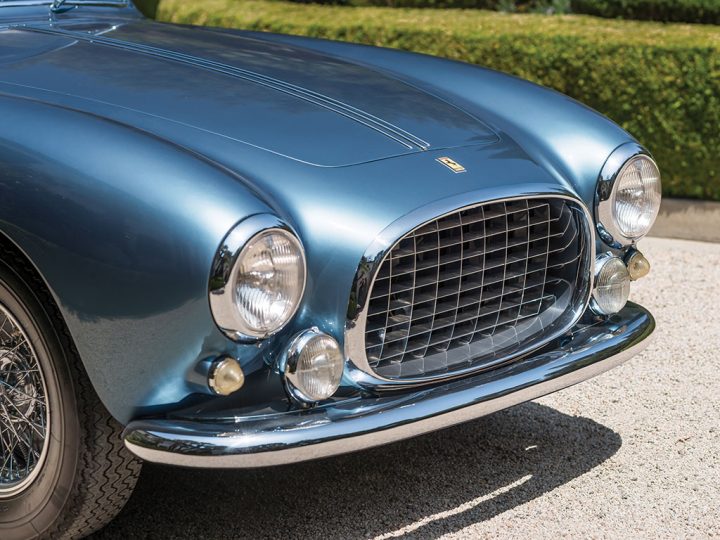 In 1981 the Europa was acquired by Motor Classic Corporation of White Plains, New York, and refinished in silver over red leather. It was then acquired by the renowned Ferrari collector Anthony Wang. After several years in Mr. Wang’s stable, the 212 was sold in 1986 to Thomas Davis of Manalapan, Florida, beginning several years of ownership in the Southern states. During this time the car was repainted black, its brightwork was re-chromed, and the engine thoroughly refreshed by Butch Stokes Automotive. 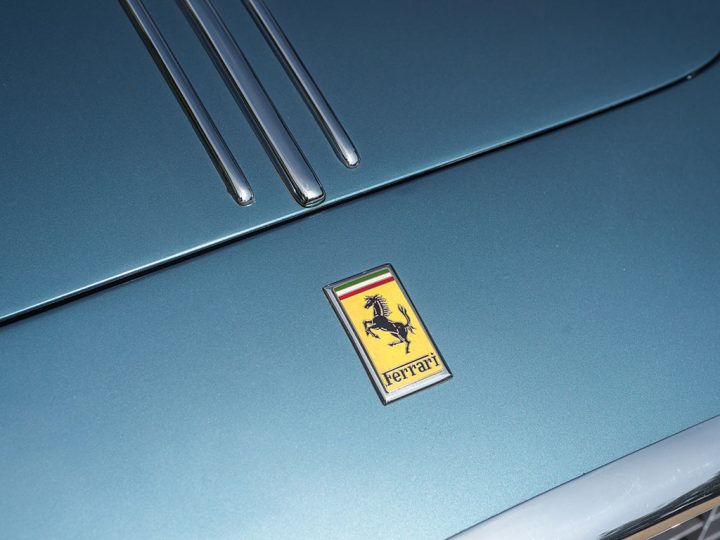 In 1990 the 212 was acquired by the highly regarded enthusiast Larry Simon, then of Pennsylvania, who commissioned the late Ferrari expert, Wayne Obry, to begin refurbishing the car. When Simon’s interest waned, Obry took advantage of the opportunity by buying the rare and historically significant show car for himself. Between 1991 and 1993, his Motion Products of Neenah, Wisconsin, conducted a comprehensive restoration effort, one of the finest ever undertaken, as would be expected by a master craftsman restoring an automobile for his personal consumption. 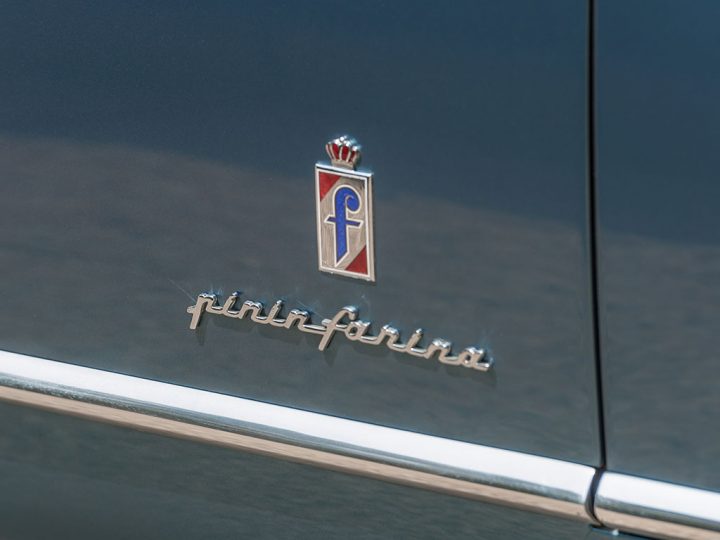 The completed car began a show career that remains virtually unparalleled in modern Ferrari concours circles. In its debut at the 1993 Pebble Beach Concours d’Elegance, the car reportedly became the first Ferrari to score a perfect 100 point score at that renowned event. This noteworthy accolade was followed by an extensive exhibition tour at various FCA meets, starting with the 3rd Annual Cavallino Classic in February 1994, where the 212 won the Cavallino Cup for Best in Show, as well as the Excellence Cup for best restoration. At the International Ferrari Concours d’Elegance at Monterey in August 1994, the Inter won its class; two months later, it was presented at the Central States Region’s Lake Forest Sportscars Concours d’Elegance in Illinois. Around this time, it was also featured in an article by Alan Boe in Prancing Horse magazine. 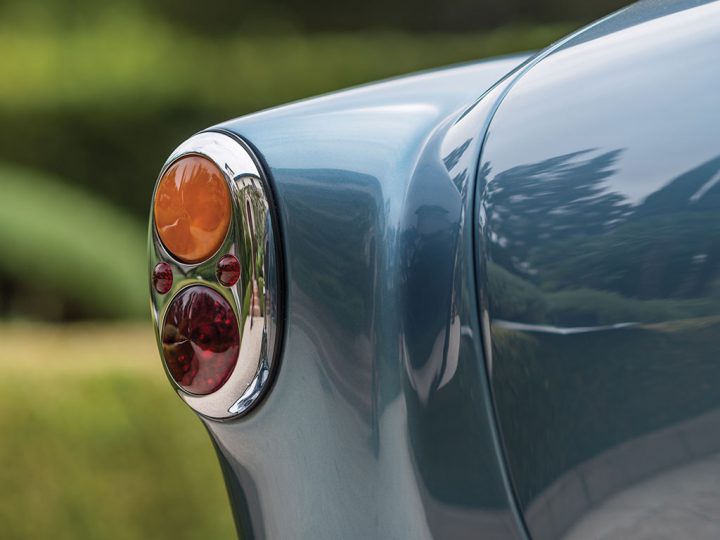 In 1995, Obry brought his Pinin Farina-bodied coupe back to the Cavallino Classic and in August displayed it at the Meadow Brook Concours d’Elegance in Michigan. Almost three years later, the rare car was again featured in an enthusiast magazine, when it was profiled by historian Marc Sonnery in the December 1997 issue of Cavallino. 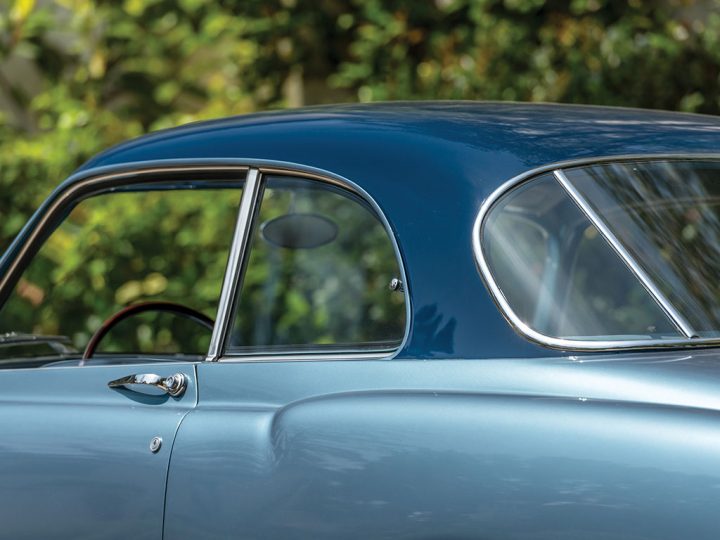 In spring of 2000, the exceptional 212 Europa was offered in California and by that August had found a new home with Richard Fraser of Boca Grande, Florida. Mr. Fraser continued the car’s distinguished exhibition run, with appearances at the 2002 Amelia Island Concours d’Elegance and presentation by none other than Paul Russell at the Castle Hill Concours d’Elegance in Massachusetts that September. In January 2006 and 2011, the Ferrari again made returns to the Cavallino Classic, acquiring its third Platinum Award at the latter date. 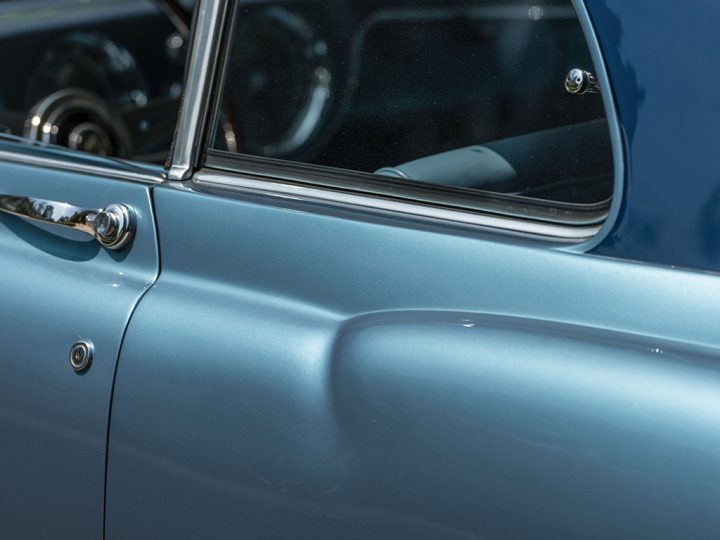 Chassis number 0263 EU was acquired by the consignors several years ago, and they soon refreshed the award-winning restoration with a thorough bout of attention from Wayne Obry’s Motion Products, the men who, of course, know this car best. They then continued to present the outstanding Ferrari at various events, including again at the Cavallino Classic in 2015 and 2016, at the 2015 Classic Sports Sunday concours at Mar-a-Lago, and at the 2015 Pebble Beach Concours d’Elegance. The car received its most recent Platinum Award at the 2015 Concorso Ferrari in Pasadena. Chassis number 0263 EU was also the subject of a third extensive color print feature in the December 2015 issue of Forza magazine. 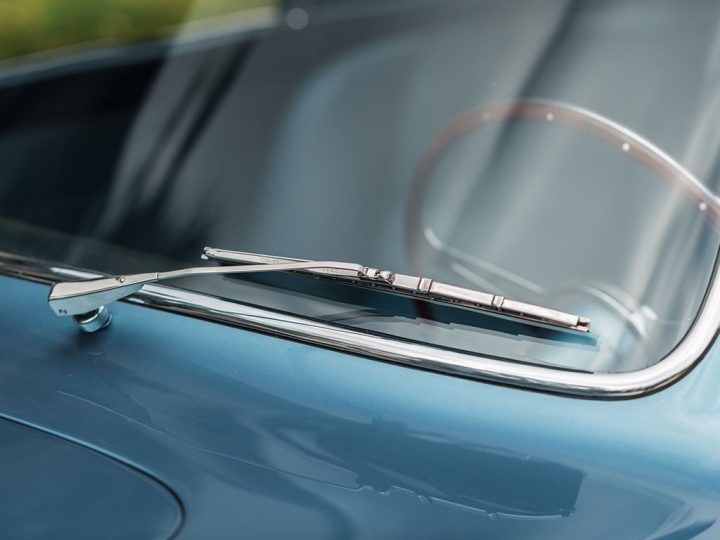 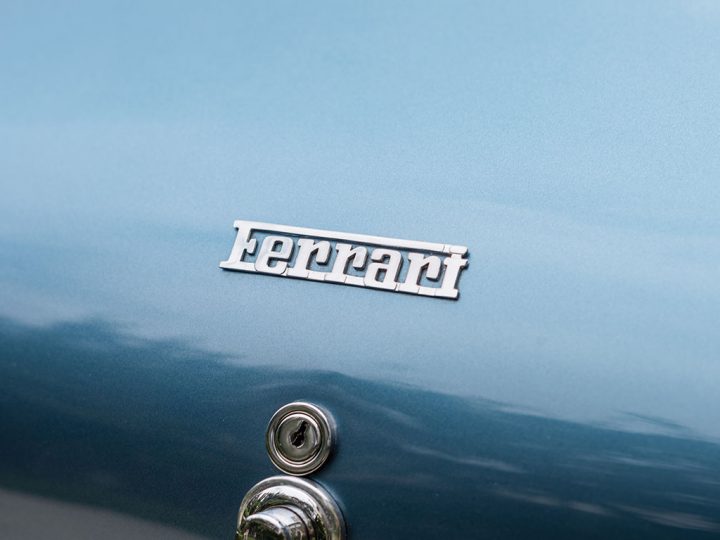 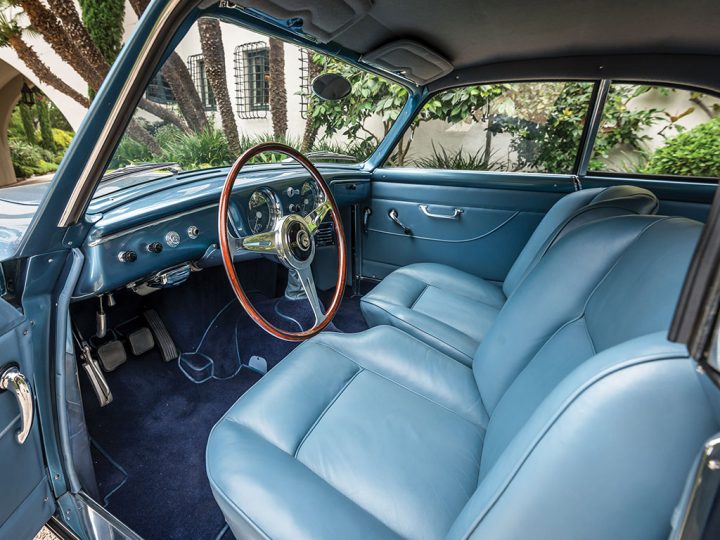 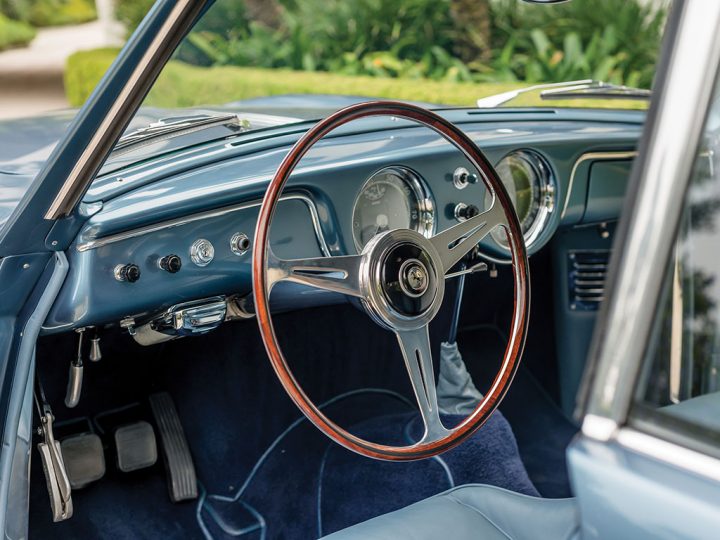 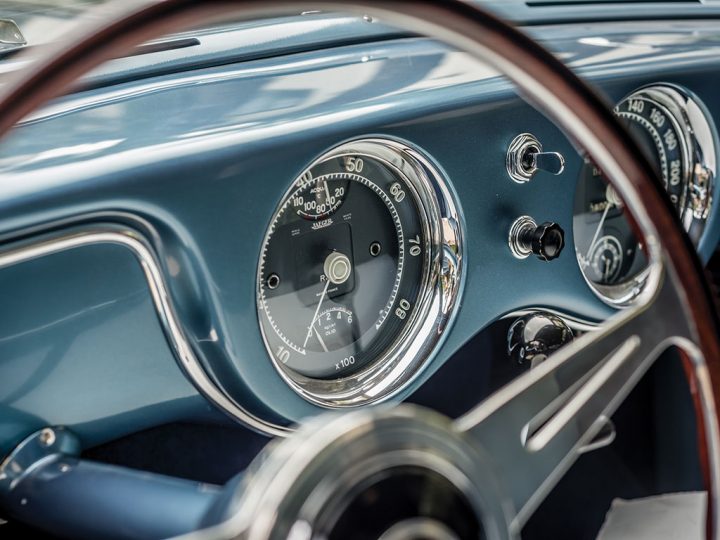 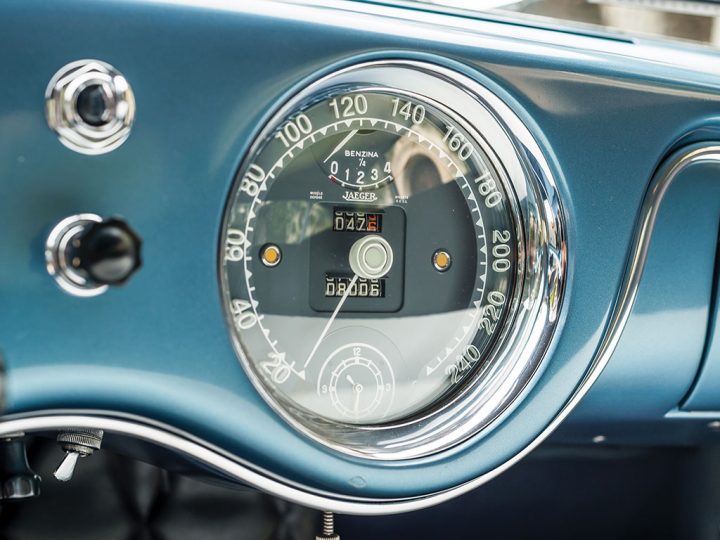 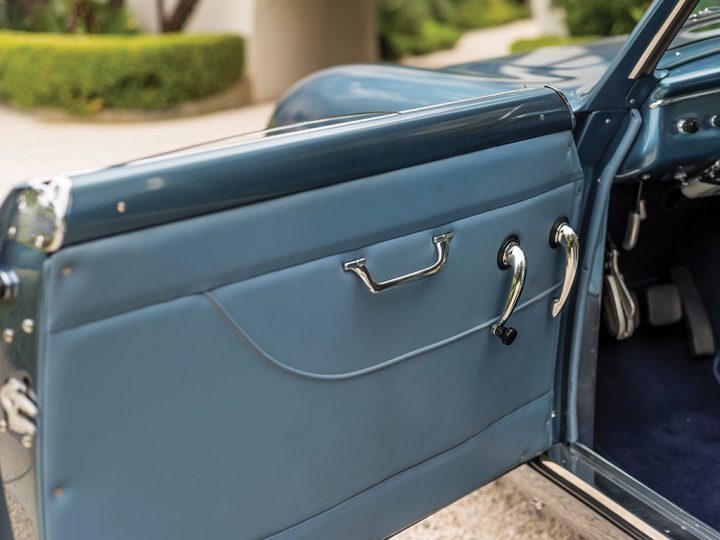 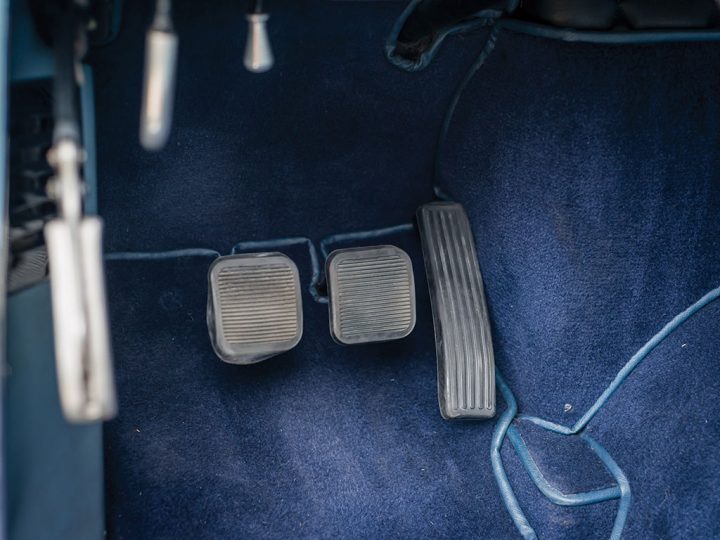 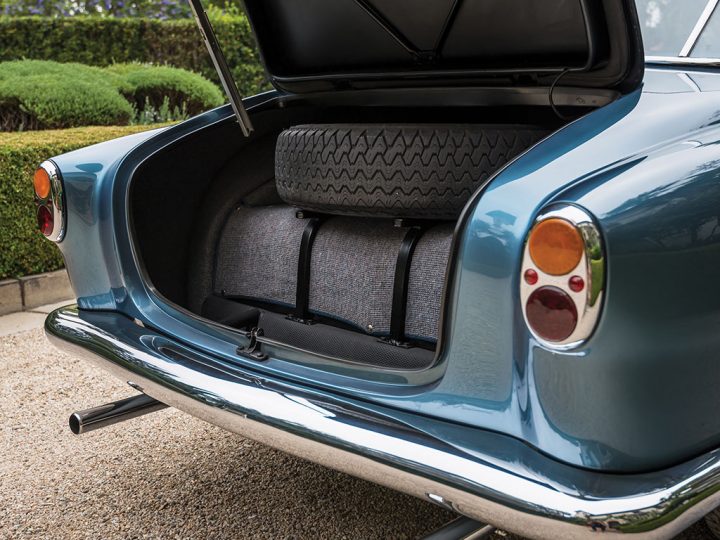 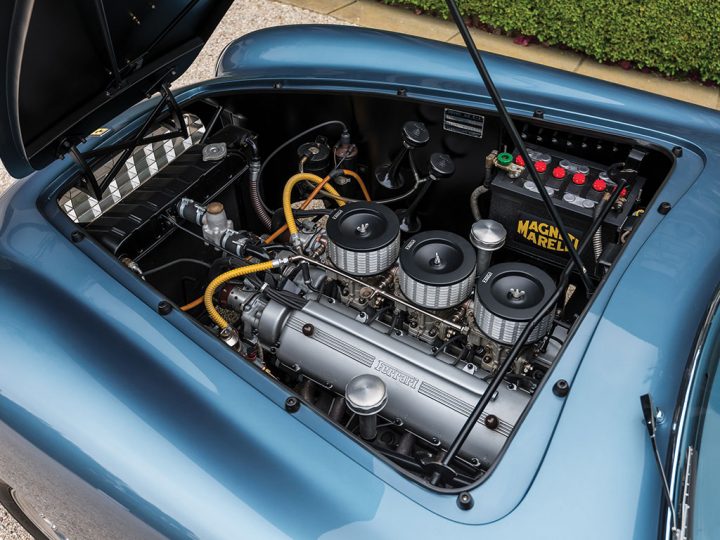 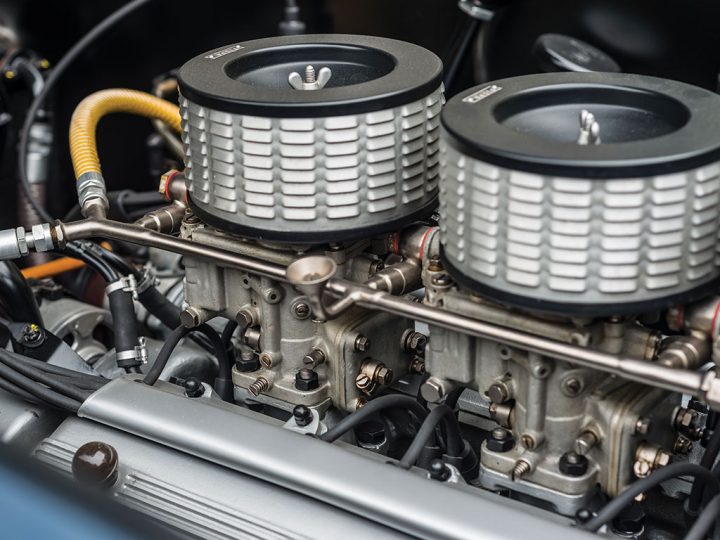 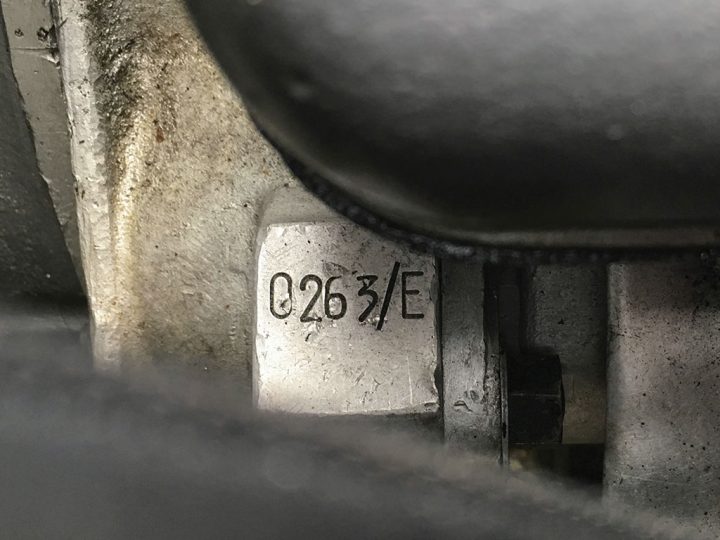 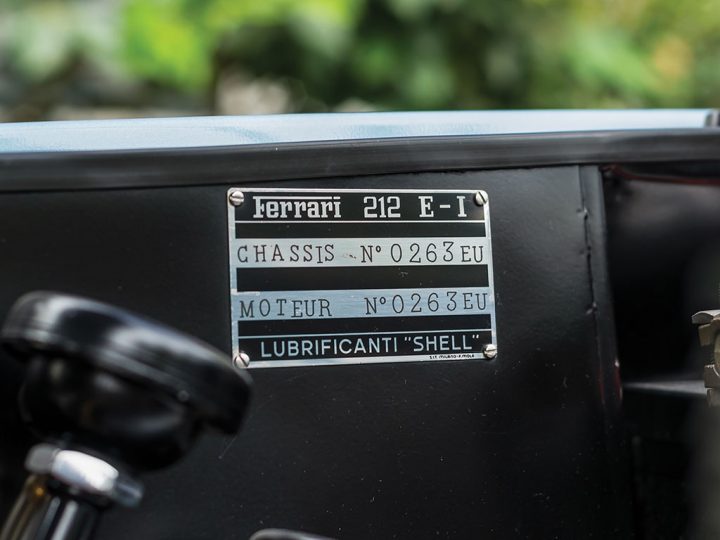