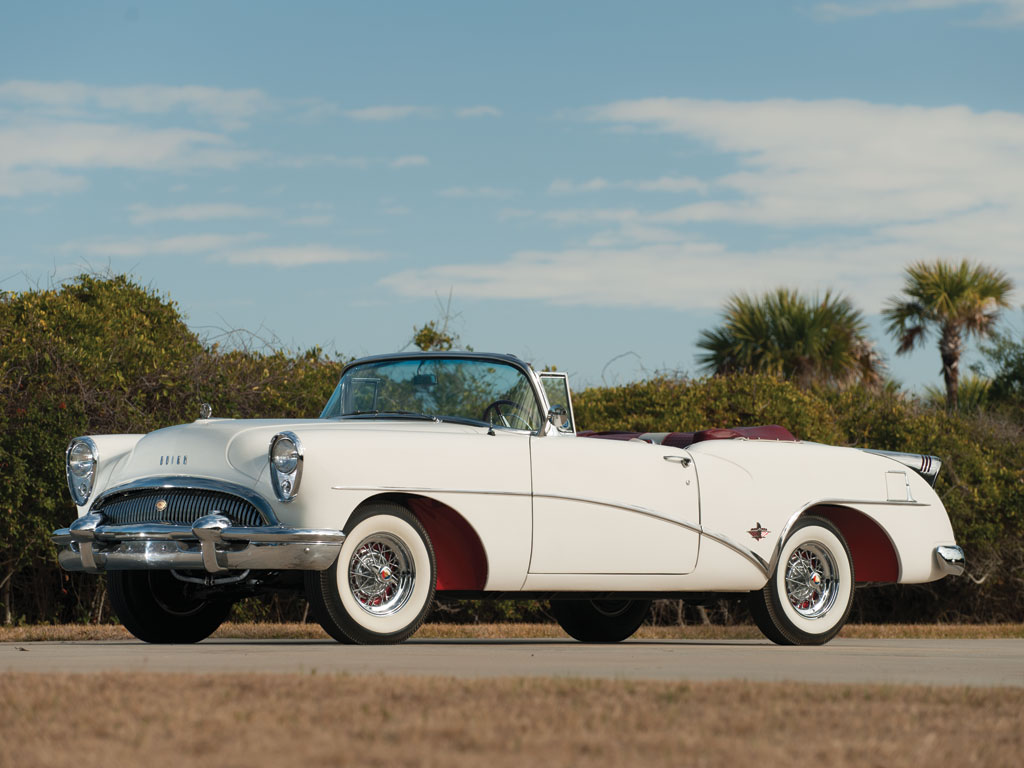 In 1953, General Motors introduced three special convertible models. The Cadillac El Dorado featured standard chrome wire wheels and a metal body-color cover for the lowered top, and the Oldsmobile 98 Fiesta came with every conceivable factory option, except air conditioning. Both cars previewed the wraparound windshields that would appear on all upscale GM marques in 1954. Buick’s 1953 Skylark, however, was a car unto itself.

While the El Dorado and Fiesta were based on standard convertible bodies, the Skylark had its own distinctive fender lines. This car was called the “Anniversary Convertible,” as it commemorated Buick’s 50th birthday, and it came standard with virtually all options, including Kelsey Hayes chrome wire wheels. With 1,690 built, the Skylark outsold the Eldorado and Fiesta by nearly three to one.

For 1954, the Skylark became a series in its own right and the body was substantially redesigned. Its rear fenders were bobbed, sloping gently down, and large chrome taillight nacelles were added. Finally, there was a wraparound windshield, as on all ’54 Buicks, and the wheel cutouts were enlarged and elongated, with their contrasting color providing a visual accent. It was the most expensive Buick, at $4,355, which was more than $800 above the priciest Roadmaster.