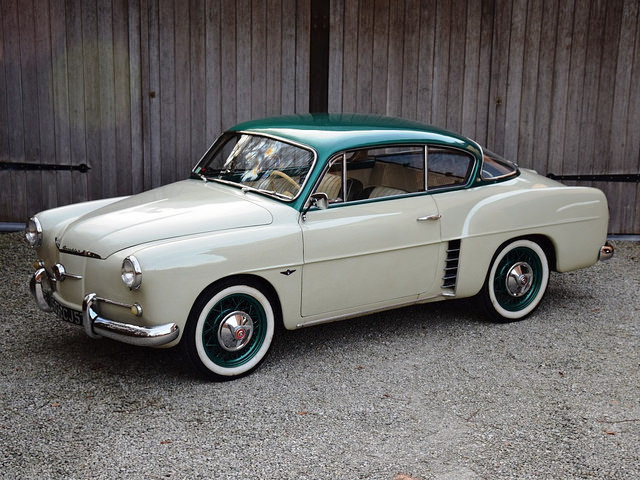 Autobleu was a supplier of manifolds to Renault. They developed the famous “pipe Autobleu”, an improved inlet/exhaust manifold, which was a popular tuning extra on the Renault 4CV and Dauphine in the fifties and early sixties as it gave considerably more power. In 1953, Autobleu decided to build their own posh coupé based on the Renault 4CV. This car aimed to the rich and famous who were looking for an exclusive handbuilt citycar. It was designed by Ghia, and the first examples were made by Pourtout. Due to quality problems and production delays, the second series of cars were build by Carrosserie Henri Chapron. just like the example we are offering for sale. In total, only 80 examples were made, as it was a rather expensive car at 2,5 times the price of a full option Renault 4CV. 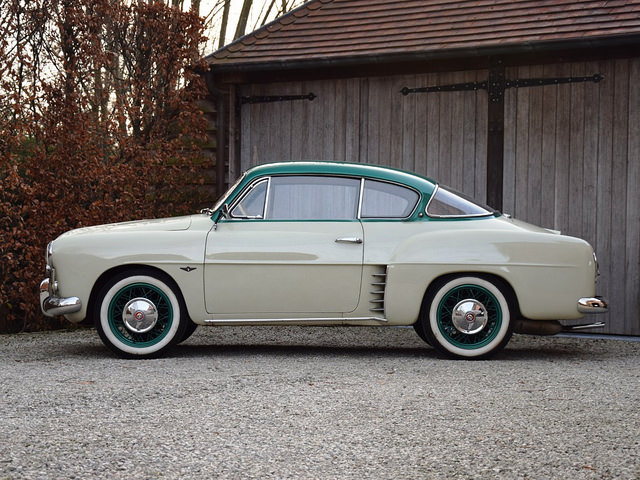 As far as we know, there has never been an example of the Autobleu 4CV Coupé offered on the market, so we are quite proud to have this stylish car in our inventory. This one has always been registered in France, and is still in incredibly good and original condition. It has been repainted some years ago in its original colour scheme, and the interior is still as it left Carrosserie Henri Chapron except from new carpets. It is equipped with the rare Ferlec electro-magnetic clutch, which explains the absence of a clutch pedal. This system works very well once you are used to it, and is a rare optional equipment on French cars of the fifties. The Autobleu just received a full service by an Alpine specialist, and is ready for use. 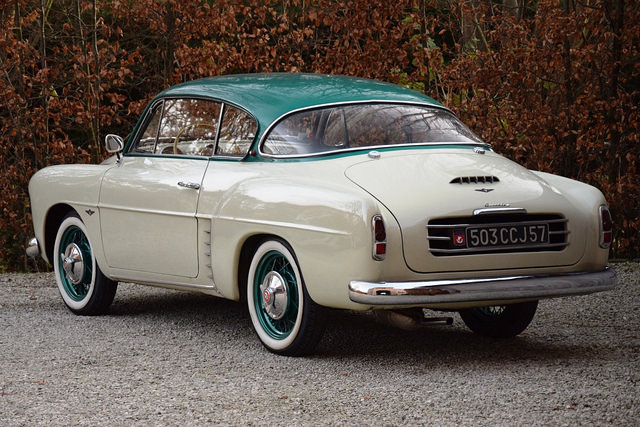 An Autobleu is a very rare car, and it is believed that less then 10 examples are still in existence. It will appeal to any serious collector, and as this is a unique opportunity we won’t be surprised that this stylish and exclusive coachbuild car will quickly find a new owner. There is another example in the Musée Renault, and all the others are well hidden in private collections. It is Mille Miglia eligible which is another bonus. And finally we won 1st price during the Concours d’Elegance at Interclassics 2016 in the category 1946-1960 : the professional jury was clearly charmed by this little gem which they never had seen in real. 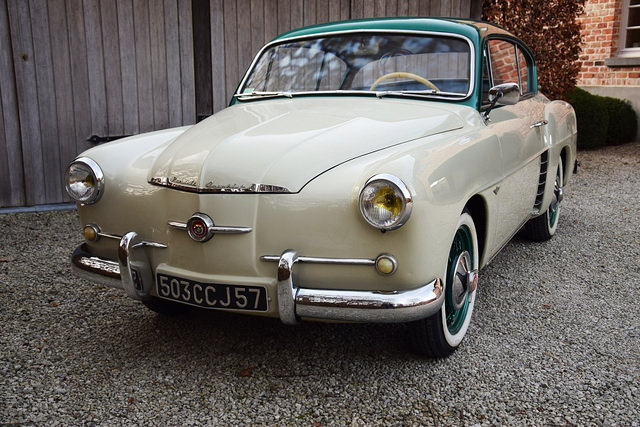 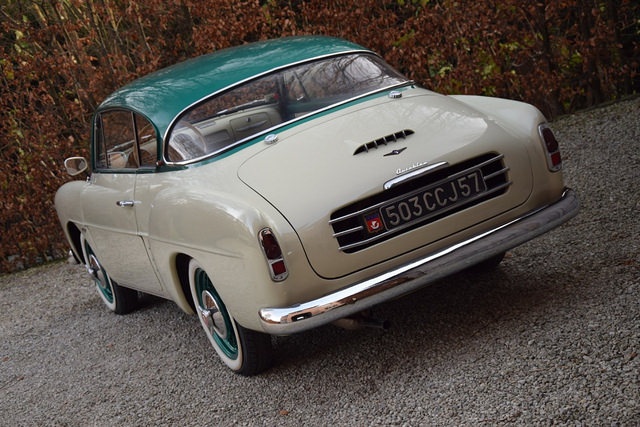 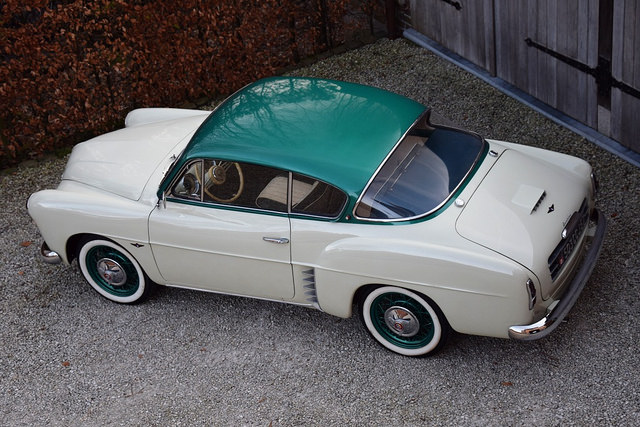 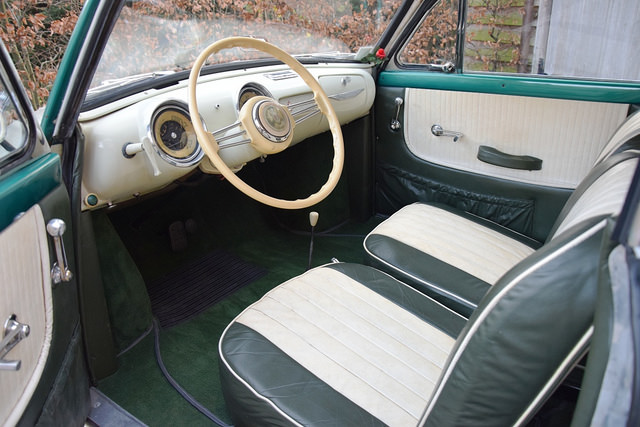 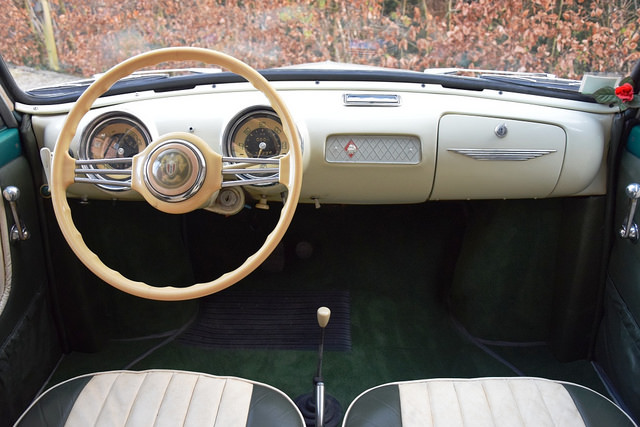 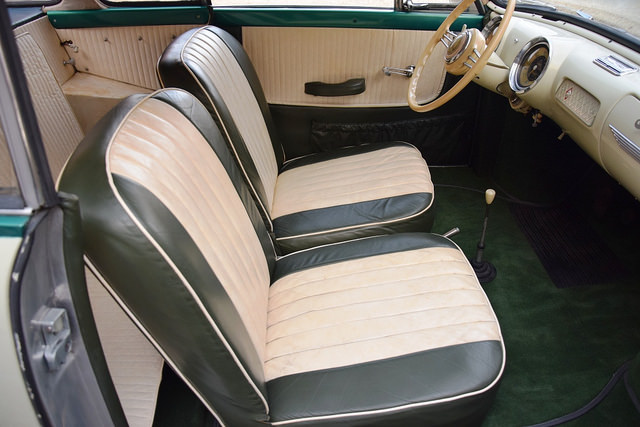 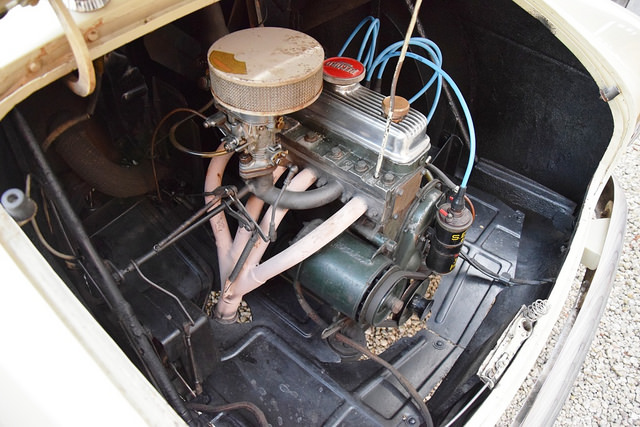 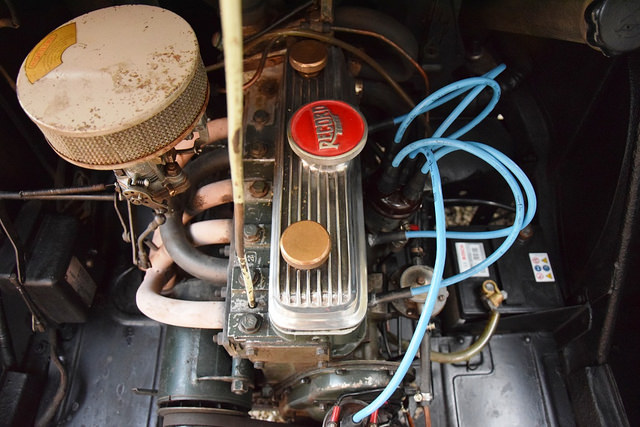 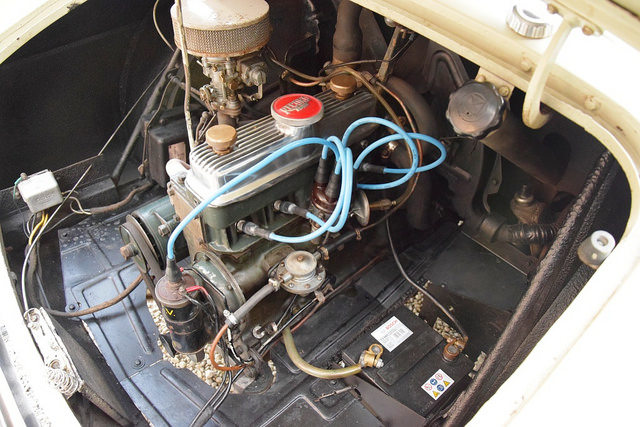