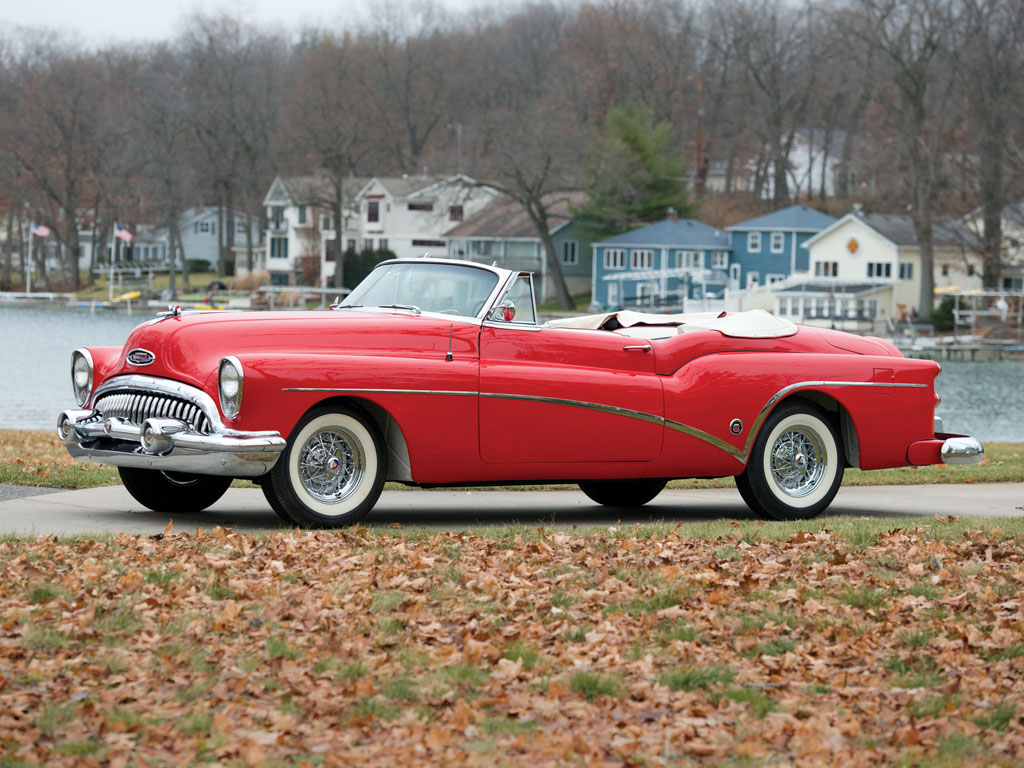 The Buick Skylark was first displayed as a General Motors Motorama car in 1952, and it was essentially a factory-built “sport custom” that was based on the Roadmaster Convertible. The windshield was chopped four inches, the beltline was cut down and notched at the rear fender line, and the rear-wheel cutouts were rounded and raised to match those in the front fenders; these were all techniques being used by California’s customizers during the same period. The model was noteworthy for lacking Buick’s trademark “ventiports” on the front fenders, and it rode on standard Kelsey-Hayes wire wheels.

A production version of the Skylark wowed the following year, as it was a limited-production offering that celebrated Buick’s 50th anniversary. The production Skylark was noteworthy both for its beautiful design and as the car that debuted as Buick’s first modern overhead-valve V-8, also called the “nailhead,” which could produce 188 horsepower. Power steering, brakes, windows, seat, antenna, and convertible top were included in the nearly $5,000 price tag, which helped to keep sales to just 1,690 units.

While the Skylark name would continue as a limited-production model for 1954, and it would reappear in Buick’s hierarchy for decades, the 1953 model is generally considered the most special and desirable by collectors. Along with the original Cadillac Eldorado and Oldsmobile Fiesta of the same year, it was a true example of Harley Earl’s “dream car design” that had been put on the street for the public to buy.

The exceptional Skylark offered here was restored for its present owners by Harbor Auto Restoration, of Rockledge, Florida, and it is finished in the iconic color of Mandarin Red, with a maroon and white interior. Beautiful accessories found on the car include sparkling Kelsey-Hayes chrome wire wheels that are shod in wide whitewall tires and a Continental kit spare, as well as power steering, brakes, windows, top, and radio antenna.