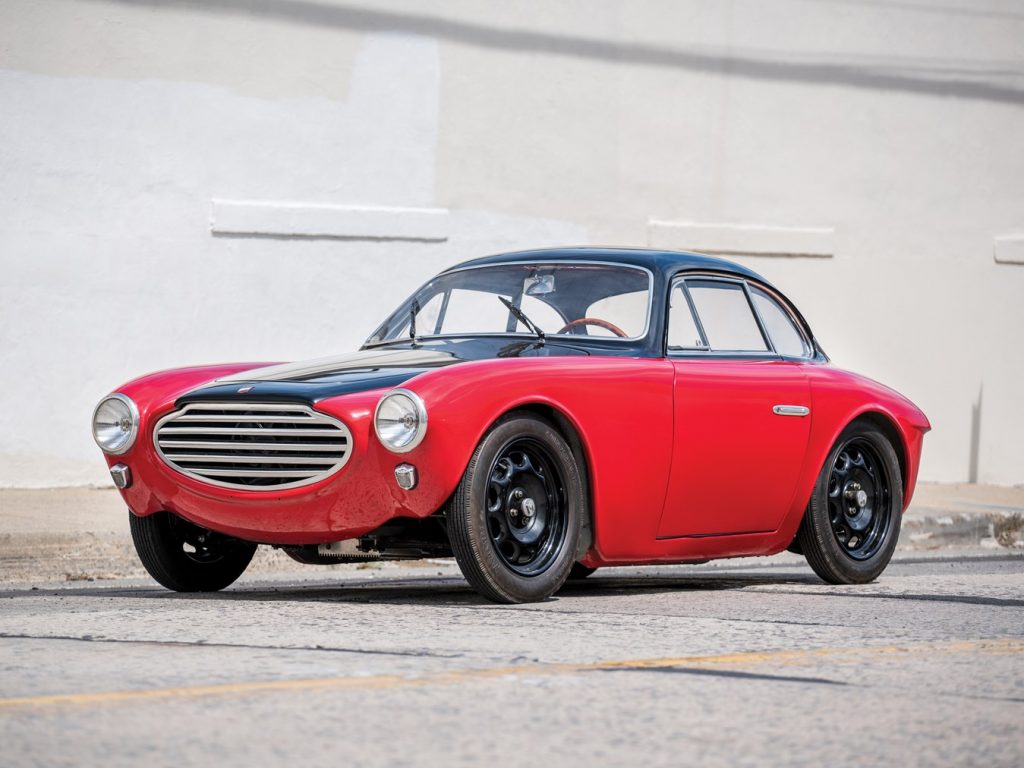 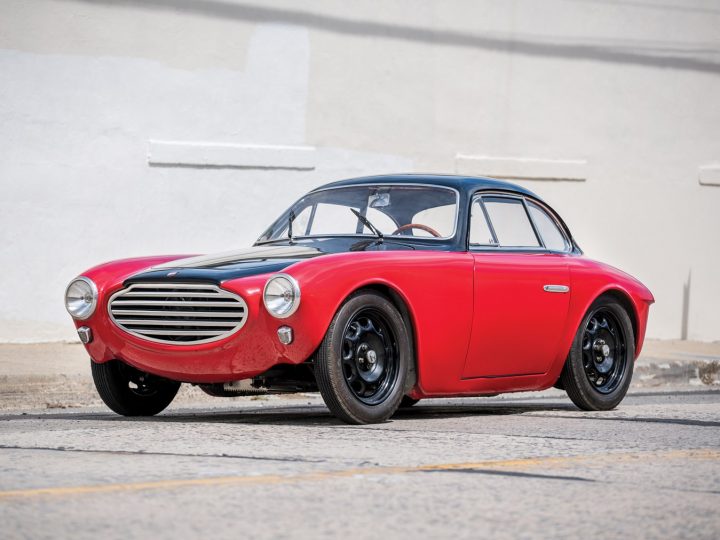 Giovanni Moretti initially made his name with racing engines for motorcycles. Following World War II, he began making small automobiles, the first powered by his own vertical twin-cylinder engine. In 1950 he developed a four-cylinder overhead-cam engine, in both 600 and 750-cubic centimeter sizes. Built on a backbone chassis, it was a lively package available in several body styles, including attractive designs from Zagato and Michelotti, and achieved significant competition successes on both sides of the Atlantic. 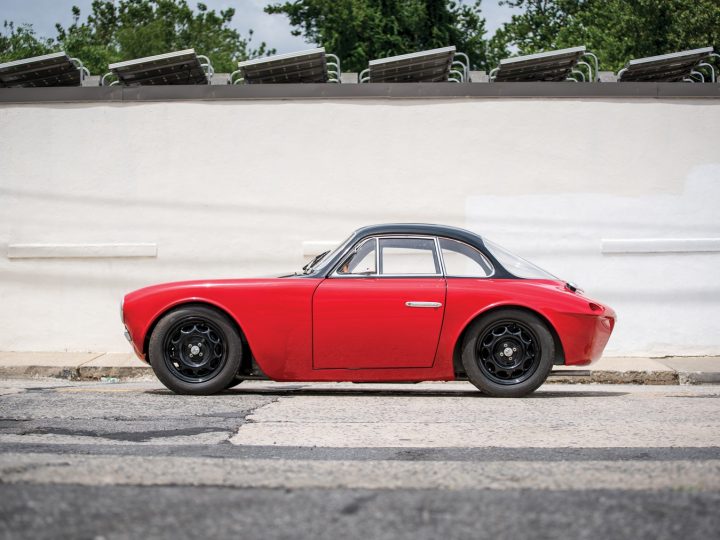 The Michelotti Berlinetta on the 750 Gran Sport chassis was a particularly attractive offering, resembling, as it did, a scaled-down Ferrari 212 Inter with semi-fastback lines and a two-passenger interior, with “greenhouse” space aft for luggage and the spare tire.
The car offered here, chassis number 1290S, was the first of 10 750 Gran Sport Berlinettas imported into the United States by Ernie McAfee, the legendary sports car racer and California Italian car guru. It sufficiently impressed the editors of Road & Track when they road-tested this very car for their August 1954 issue. 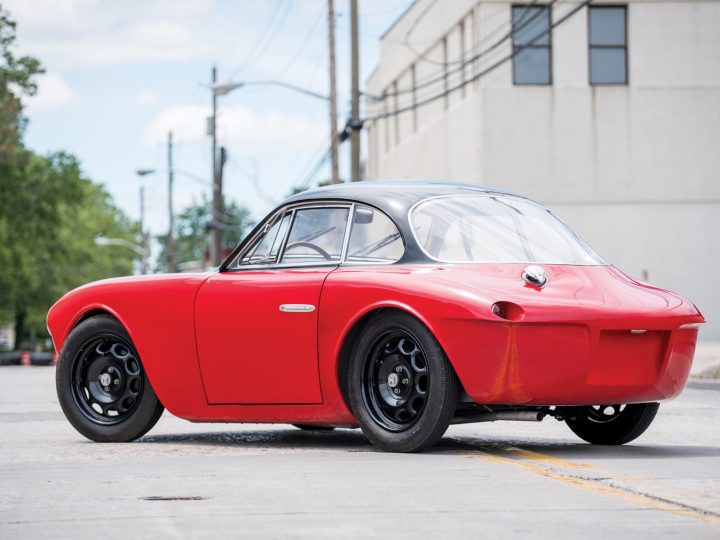 Having spent most of its life in California, the 750 was exported to the Netherlands by the late Raymond Milo in 2005. Following a nut-and-bolt restoration, it was repatriated to the United States in 2010 to join a distinguished collection of sports cars in the American Southwest. More recently, it has become part of the collection of legendary American racing driver Skip Barber, from whose stable it is proudly offered here today. 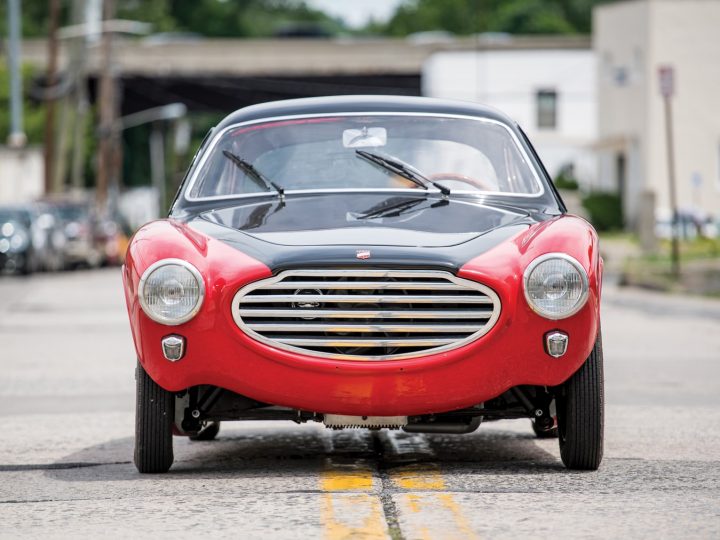 Finished in its correct original colors of red and black, this fine Moretti has black leather seats and deep grey carpeting. The engine, originally from the Gran Sport Barchetta chassis 1294, was completely rebuilt and nicely detailed in previous ownership. In a recent conversation with RM Sotheby’s, Mr. Barber stated that the engine presently runs very well and that a leak-down and compression check by Dominick’s European Car Repair in White Plains, New York, as part of a general sorting, showed very good numbers. 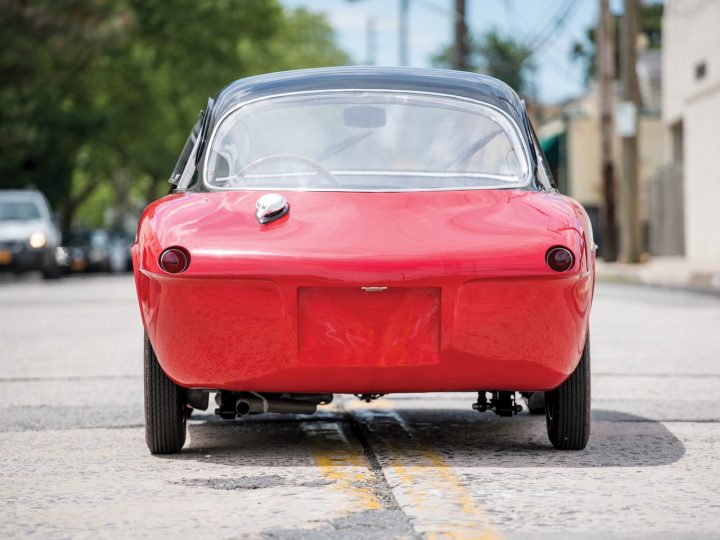 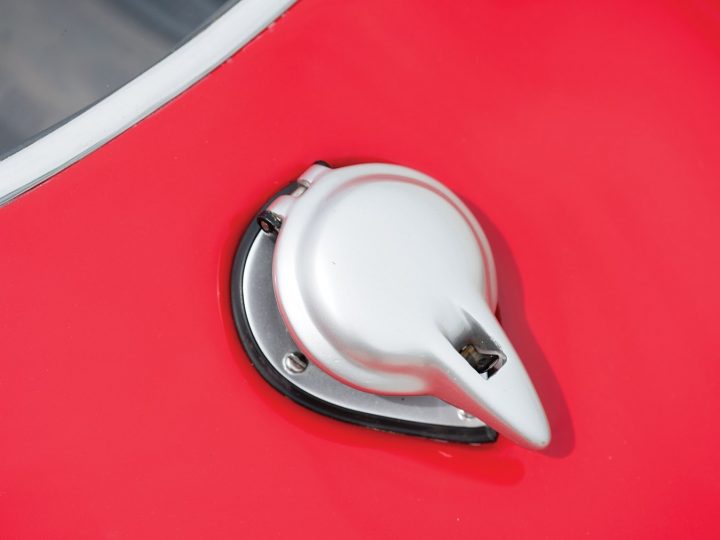 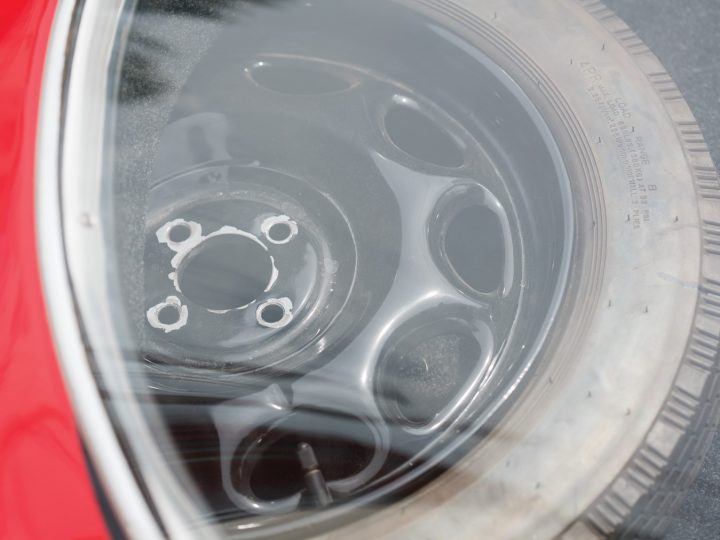 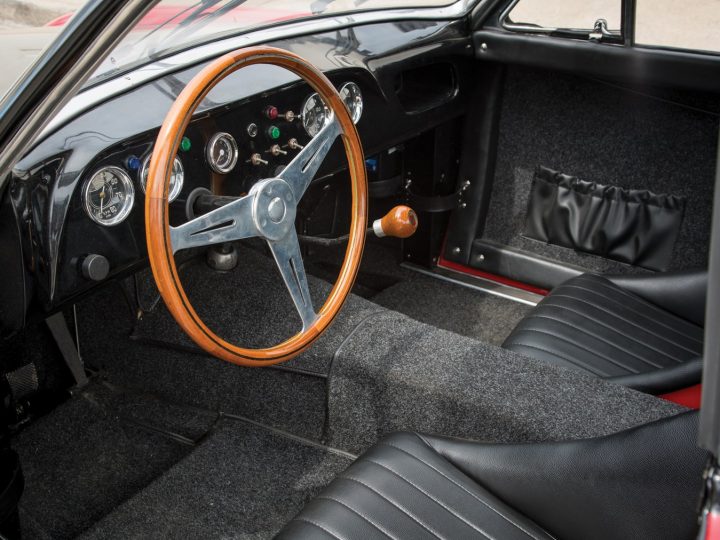 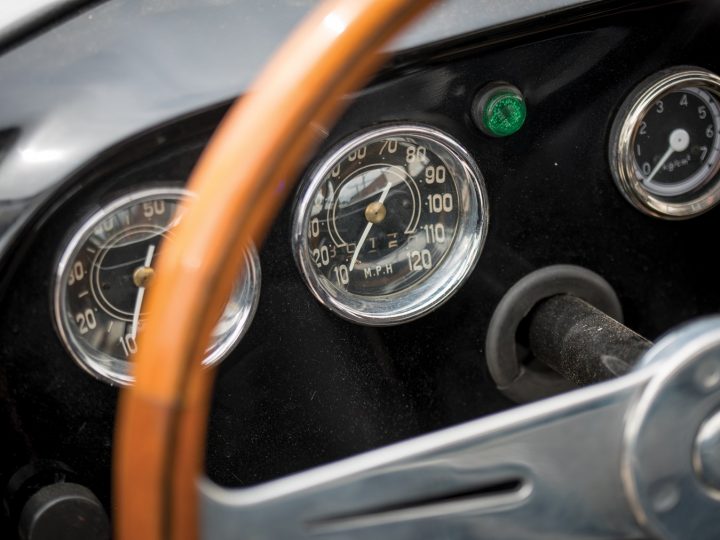 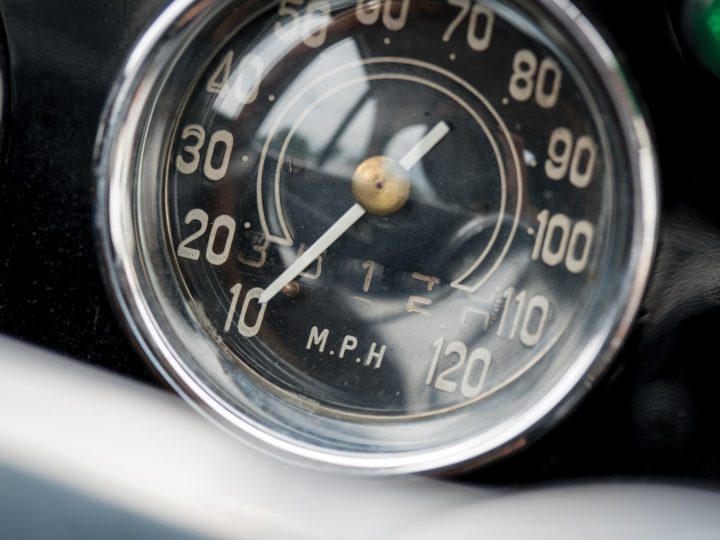 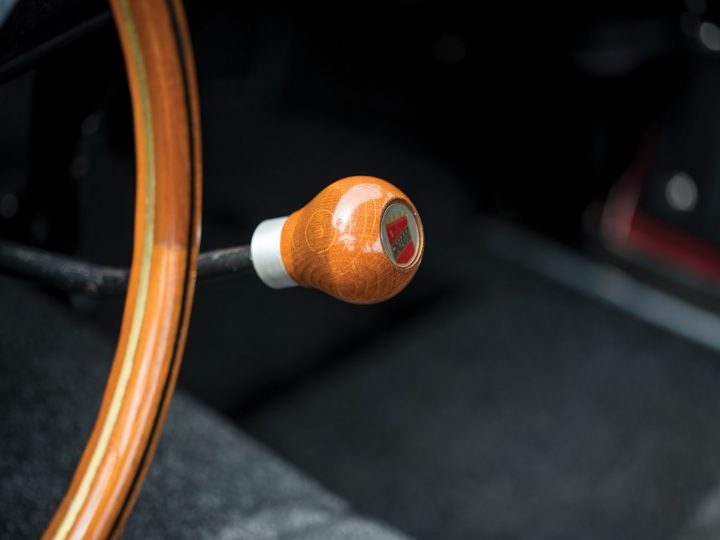 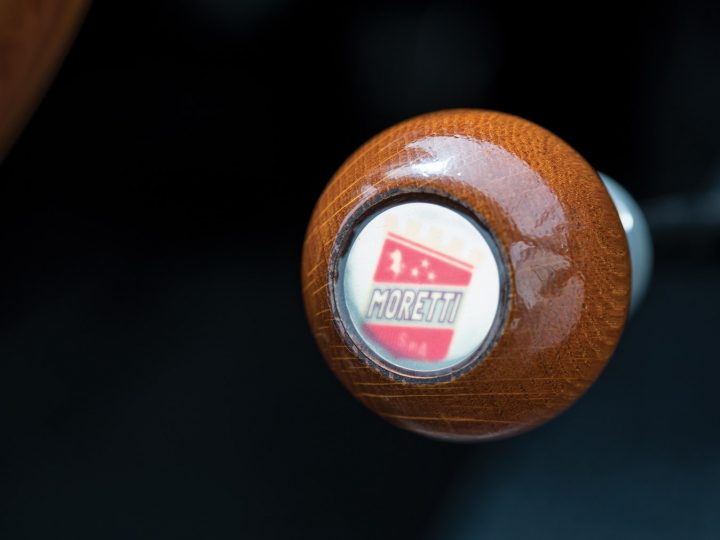 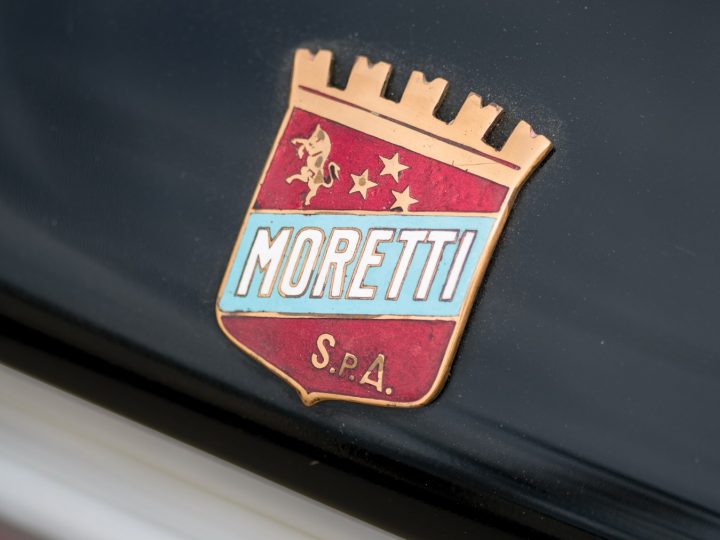 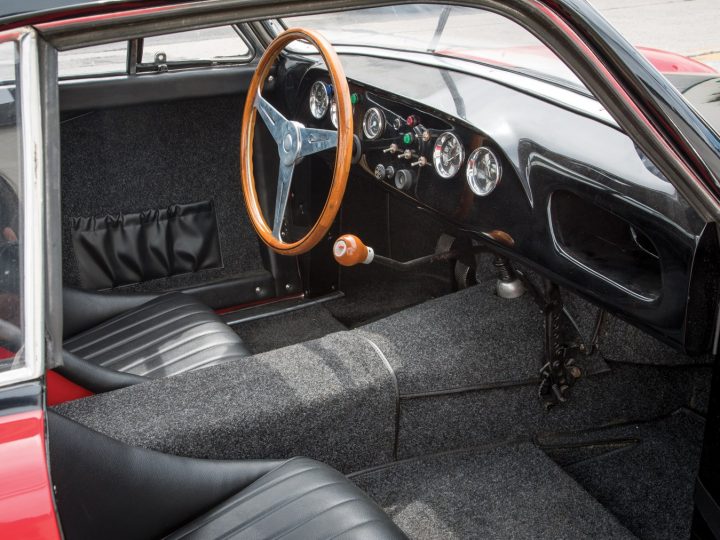 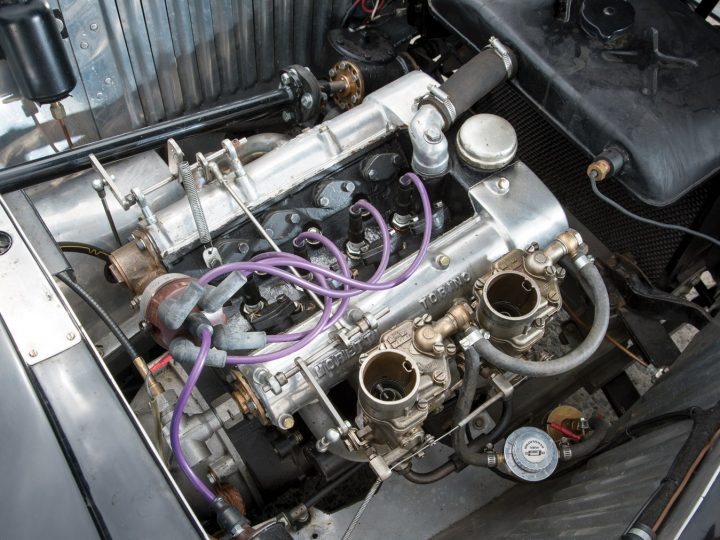 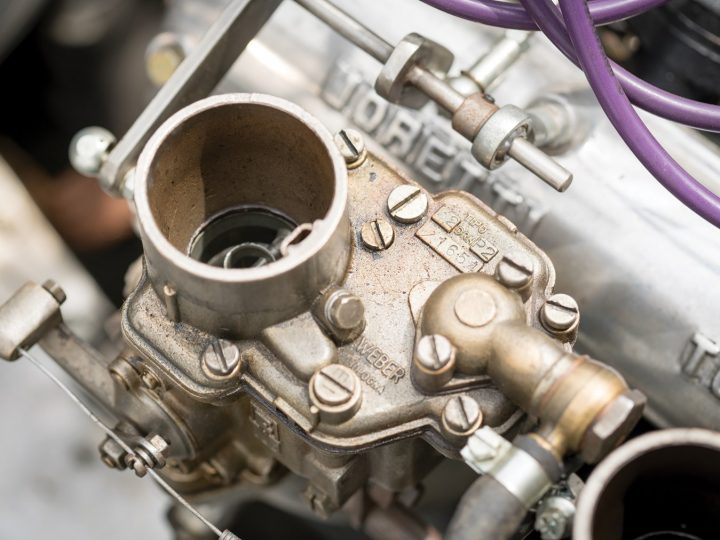 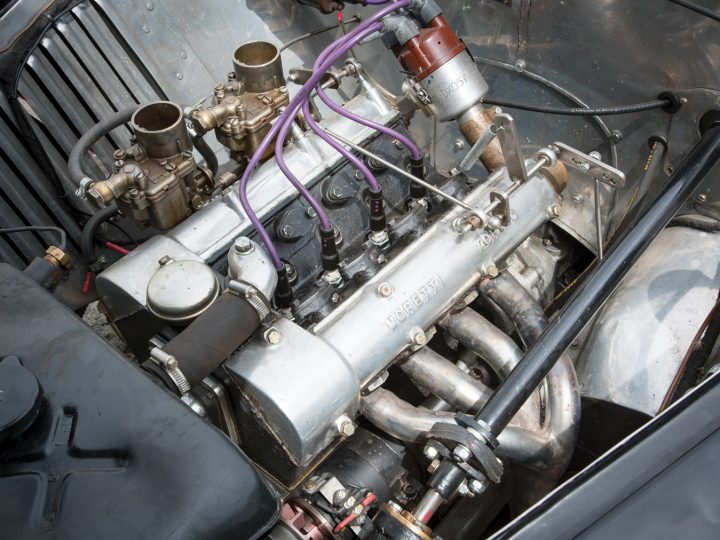 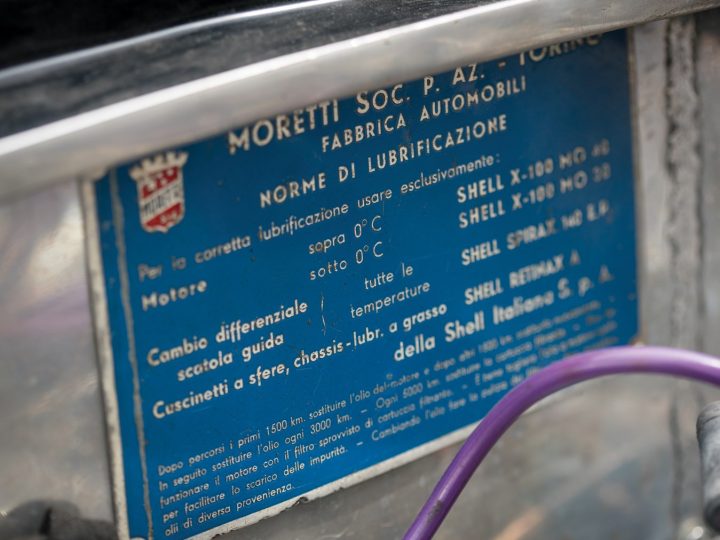