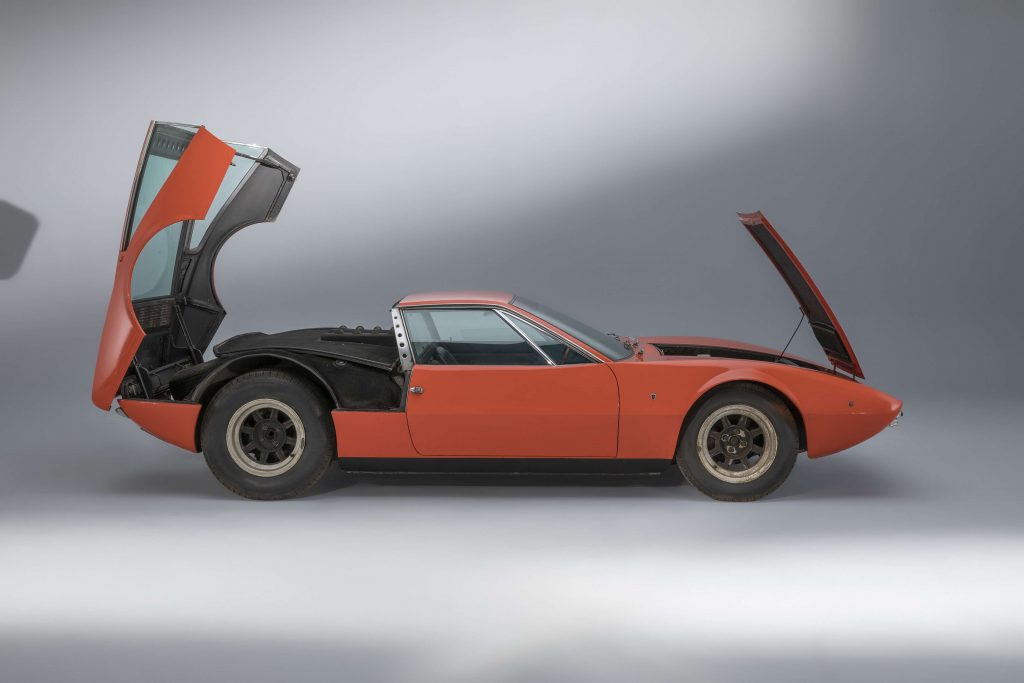 “I was friends with De Tomaso, who owned Ghia,” remembers Giovanni Volpi. “De Tomaso was an amazing character, very dynamic and full of life. We built a really well designed coupé with him, which had incredible suspension. It went round corners completely flat. ”

With particularly elegant and subtle styling, this car had been designed by Tom Tjaarda who had just joined Ghia, following the departure of Gorgetto Giugiaro. It was one of the first projects he worked on, before the celebrated De Tomaso Pantera. This Serenissima, initially green, was exhibited on the Ghia stand at the Turin Motor Show in the autumn of 1968, alongside a Maserati Ghibli Spyder and a Maserati Simun prototype. In the press release, Ghia stated : ” A perfect balance of aesthetics, aerodynamics and engineering : the aim of the Ghia designers (…) when creating this new body. ”

This Serenissima Ghia would then have appeared at the Geneva Motor Show in March 1969, followed, it seems, by the New York Motor Show. It is believed that it changed colour the same year, adopting the two-tone red livery it has today.

The car was originally fitted with a Massimino 3.5-litre V8 engine, but this was quickly replaced in 1969 with an Alf Francis M-167 engine, which it retains today. With twin overhead cams and three valves per cylinder (two intake and one exhaust), it has single Marelli ignition and dry sump lubrication. The same size as the Massimino engine (3 470cc), it has four Weber 40 DCN14 carburettors and produces 320 bhp at 7 500 rpm. The car has a five-speed Serenissima (Francis) gearbox, with limited slip differential.

This coupé with retractable headlights has boot space at the front, ” Ghia ” badges on the sides and has not been modified since it was presented in 1969. Inside, there are two bucket seats still with the original leather, and there is a full set of dials and gauges on the dashboard. The gear lever sits in a robust grille, with a dog-leg first gear and a lock on reverse. The electric windows, wood-rimmed steering wheel and air conditioning controls reflect its GT personality, a mix of sport and luxury.