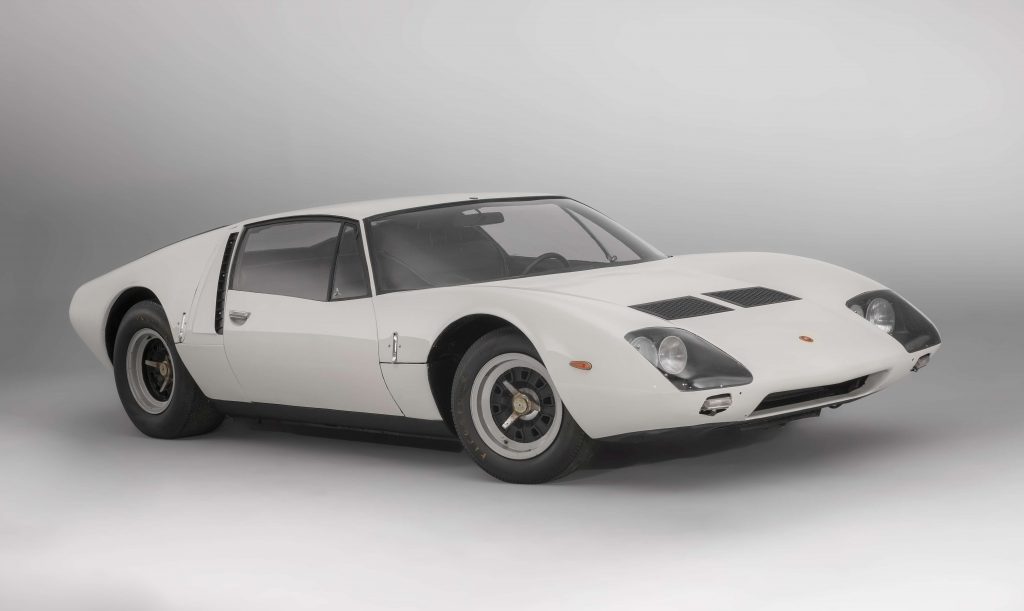 Designed as a high-end Grand Tourer, this car had a mid-engined layout still avant-garde at the time. In fact few manufacturers had opted for this set-up, with the Lamborghini Miura, presented at the 1966 Geneva Motor Show, leading the way. The De Tomaso Mangusta appeared shortly afterwards, but it had an American engine and was not as innovative.

Based on a box structure with tubular front and rear sub frames, the Serenissima Agena was equipped with the Massimino Tipo 358 V engine. This was a 3.5-litre twin overhead cam V8 with twin-spark ignition and four Weber DCN14 carburettors, practically identical to that of the Le Mans spyder. The car had a two-seater coupé body in aluminium. ” Originally, we fitted louvred lights, ” said Giovanni Volpi. ” Then, the mechanics modified the front to include four lights, but as this was less elegant, we redesigned it to improve its appearance. ” The end result, with covered lights, and a more discreet, lower air intake, was more harmonious. At some stage a rear spoiler was fitted, but this was later removed.
Period photos show the very hands-on methods adopted in building the body, with a wire frame forming the base of the final shape. There are some photos of an initial testing session, when the car was just a chassis, without the bodywork.
Inside, there are two leather bucket seats, a gear lever in a solid grille, with dog-leg first gear and a lock for reverse. The impressive number of instruments on the dashboard features a rev counter marked in red at 7000 rpm, temperature and oil pressure gauge, water temperature gauge, battery charge and voltage gauge, clock and even an air intake temperature gauge! These dials and gauges are each fixed with four screws, aviation-style, giving the dashboard an experimental feel, reinforced by the three-spoke steering wheel fixed with six Allen bolts. The interior is not without touches of comfort, however, and sports a Becker Grand Prix radio and Philips cassette player with eight-track cartridge.

Everything about the appearance and presentation of this car says prototype, which is what it was. Once finished, the Agena was little used, and it remains in original condition today, apart from the bodywork modification mentioned above. Remarkably, the car is being sold by none other than the marque owner, who was responsible for its creation.