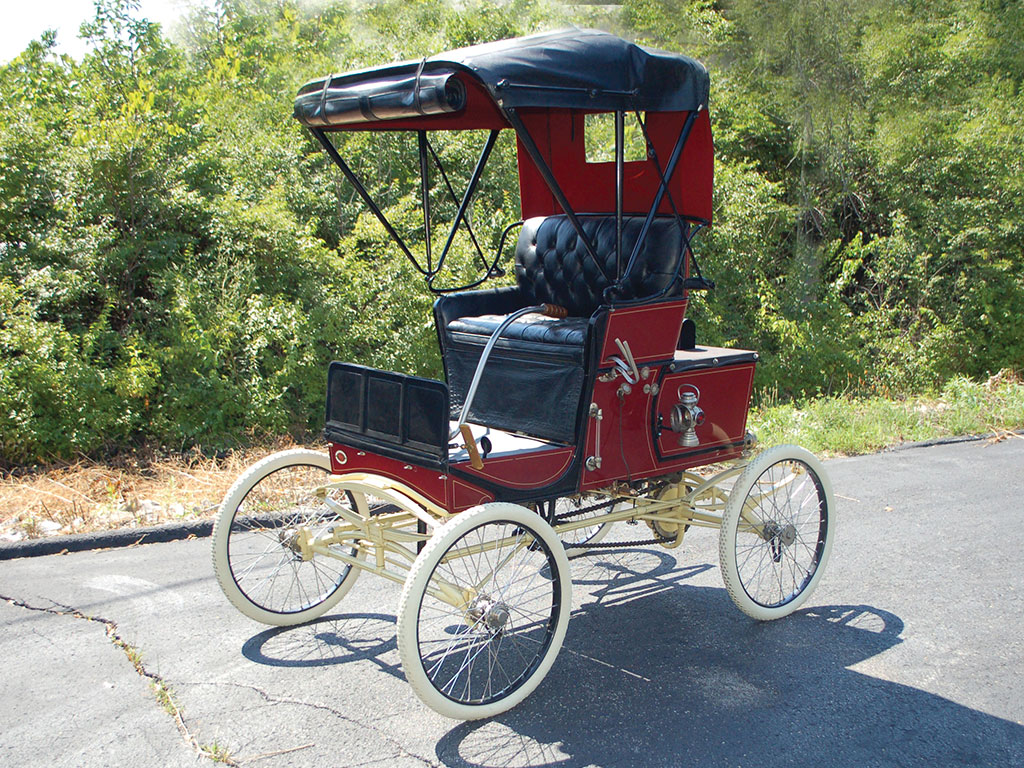 Orrin P. Walker was president of the Marlboro Automobile and Carriage Company, a carriage builder with a quarter-century of experience, in the Massachusetts town of that name. The Marlboro car had a water tube boiler, automatic pressure regulator and single chain drive. It would do 30 mph on ‘fair roads’ and 25 on ‘poor roads’ and could climb a 25 percent grade. By January 1901, Walker had built 30 steam cars and sold them all. He increased production but the following summer had to announce that he had a ‘stock of cars’ on hand. He then halted production, to his stockholders’ chagrin. Marlboro steam cars were few and far between in their day.

This early steam car was restored in the 1970s and received an Antique Automobile Club of America National First Prize in 1975. Fitted with all-white rubber tyres on wire spoke bicycle-style wheels, it seats two up high and proudly in its Stanhope coachwork. It is equipped with a roll-down front screen for steaming in bad weather.