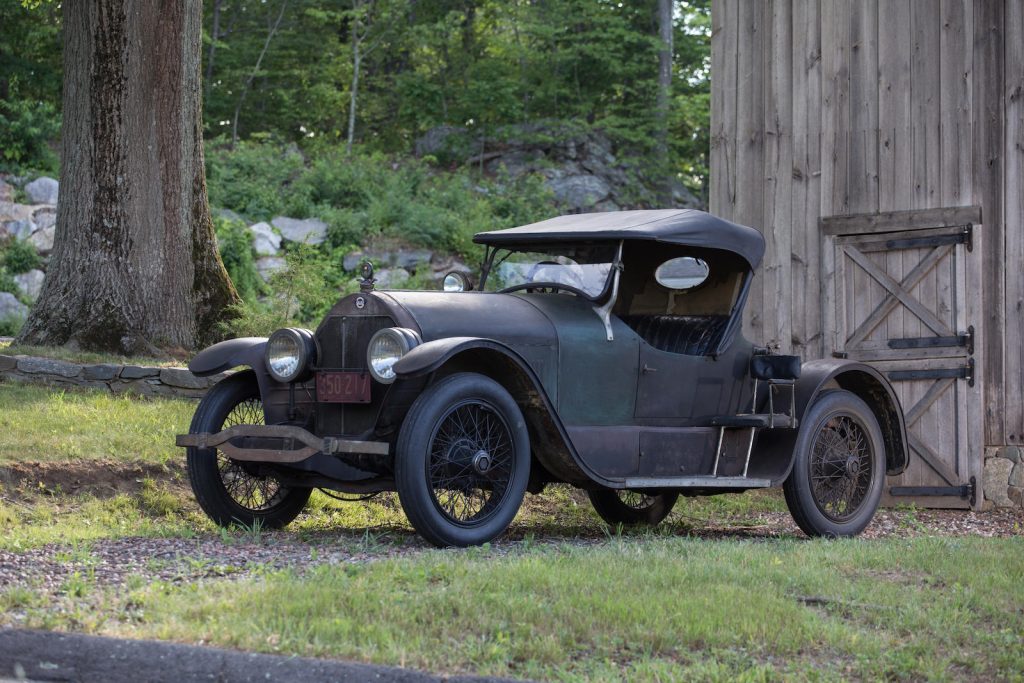 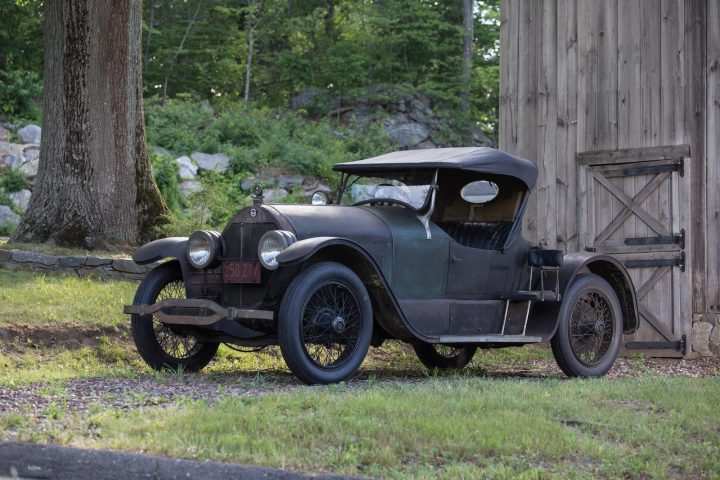 This Bearcat was purchased new at the Boston, Massachusetts Stutz agency in 1921 by a high-ranking Army Officer of the Medical Corps. Upon a transfer to Silver Springs, Maryland, the officer drove his beloved Bearcat to his new commission. A map detailing driving routes to this location was amazingly found in the car. After his time in Maryland, he was relocated to Georgia in 1931, the Stutz again his ride of choice to his new home. 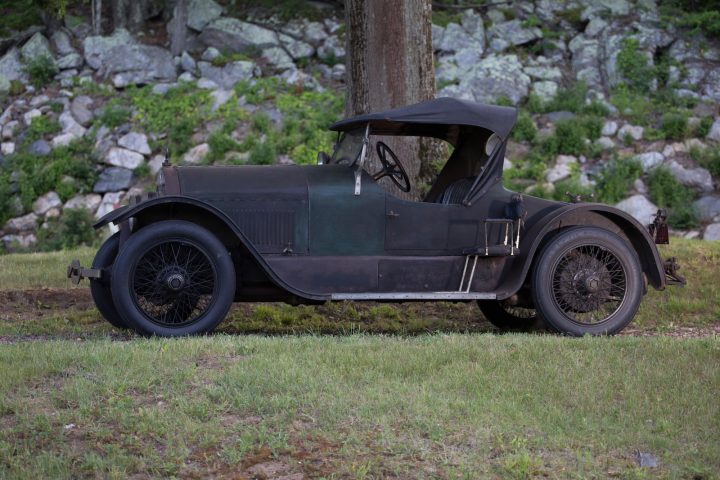 Wayne Carini, noted car sleuth and host of televisions, Chasing Classic Cars, was tipped off to the possibility of a mysterious Stutz Bearcat in Georgia. Without hesitation, he immediately went in search of this ultimate prize. The car was ultimately discovered at the former estate of its original owner – it had been given to the caretaker and untouched for decades. While inspecting the car, the Bearcat was partly disassembled in an attempt to perform a routing de-carb job, when ultimately decided to be in wonderfully preserved, original condition. Without hesitation, Mr. Carini negotiated purchase for the Bearcat, and the car was immediately transported to his shop in Connecticut. 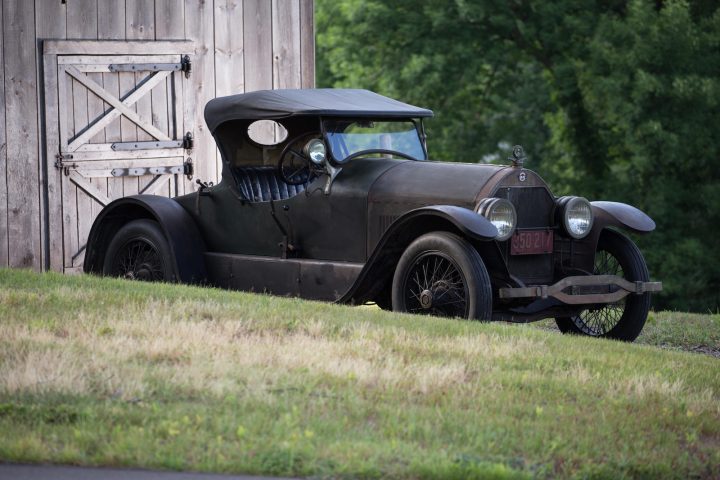 Upon arrival, the Bearcat was carefully inspected and its contents inventoried. The car’s condition and originality was staggering; nothing had been modified or changed on the car, and all original components appeared to be preserved in place. The car had every sign of being the 10,000-mile car the odometer claimed. The contents of the car proved even more fascinating – a bag from the Stutz agency in Boston, maps to Maryland, and most remarkably of all, the car’s original handwritten build tag with all of the Bearcat’s serial numbers was discovered tucked under the front seat – no other tags like this have ever been reported discovered! 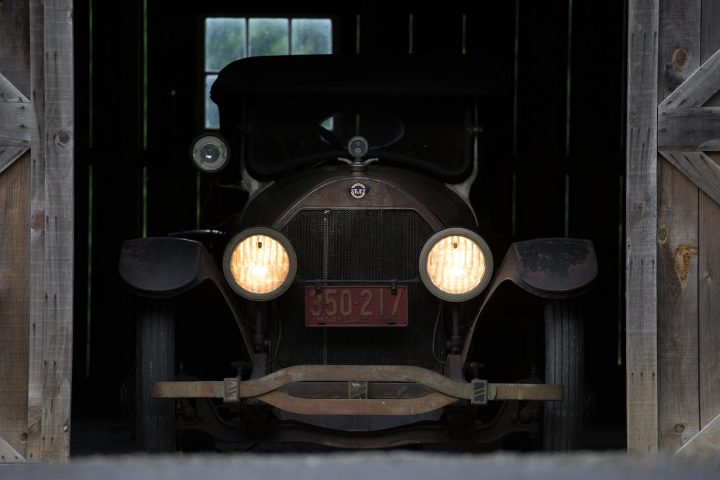 Upon the car’s arrival in Connecticut, the decision was ultimately made to attempt to get the Bearcat running. Mr. Carini decided to send the car to Bonhams Motoring Specialist and Stutz aficionado, Evan Ide. While at Evan’s shop, the oil pan was removed and cleaned, its water pump rebuilt with a new shaft, a full valve job performed, and a new head gasket sourced and installed along with a revived ignition system. Upon further inspection, the cam follower guides were swollen and cracked, so a new set was produced from bearing bronze by Holman Engineering. 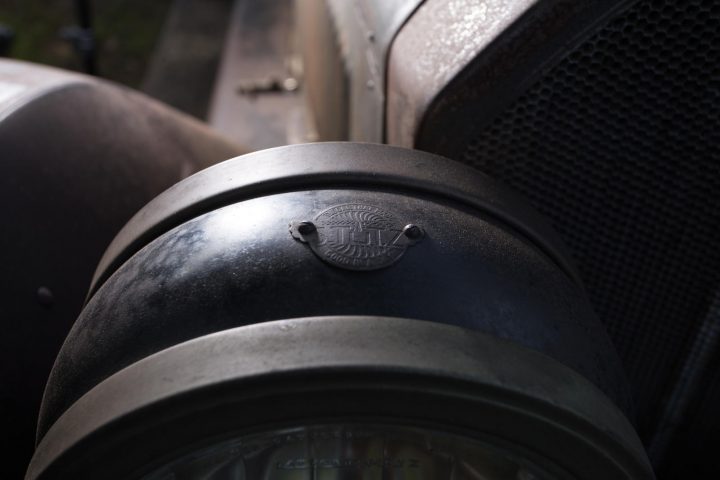 Further cleaning and careful stabilization of the cosmetics was also undertaken. Delicate areas of the upholstery were strengthened, having sourced original leather in order to carefully repair some rodent damage. The exterior paint was carefully cleaned and the original top was brushed to remove dirt and dust from years of storage. As the fuel tank was covered in well preserved original paint, a decision was made to fabricate a second tank that could be stored in the compartment behind the front seat. A tank of approximately three gallons was fabricated from aluminum, which allowed the original pressure delivery system to be employed and thus eliminating the need for a modern fuel pump. 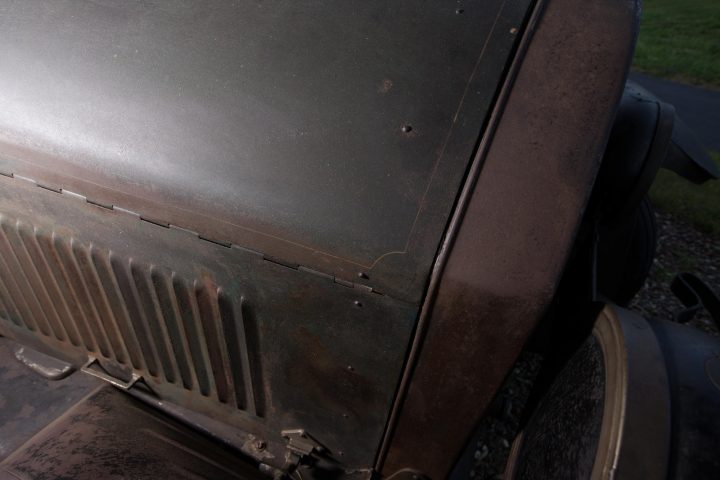 It should be noted that every possible attempt was made to do the work without disturbing the originality and patina of this remarkable car. It would all pay off, and after several months of effort, the Stutz once again ran – and oh how it runs! With the Bearcat now running flawlessly, it was ready to be debuted to the world at the Pebble Beach Concours d’Elegance. The Bearcat proved a hit. Not only were crowds flocking to see the car throughout the day, it was also awarded the FIVA prize for the most significant original pre-war car! For Mr. Carini, the “chase” and discovery of his career-defining motorcar was extraordinarily special, but the journey of the Stutz from purchase to Pebble Beach is equally impressive. The journey was recently documented in a special one-hour season-premiere episode named, “Hey There, Hot Stutz”. The episode became one of the most watched in the program’s history, and received wide acclaim.

As the Bearcat sits today, the big T-head engine will idle down to around 50rpm, but, with the slightest crack of the throttle, it immediateley barks to life. The music coming out of the large exhaust cutout is magical! On the road, the Stutz is remarkable – having no squeaks or rattles, practically tight and sharp in the way only an all-original, low mileage car can be.

Of all the cars Wayne Carini has discovered over the years, he considers this to be his ultimate find. The fact that a Stutz Bearcat – one of the greatest prizes in collecting since the hobby has existed and paired with its success in alluding discovery for 80 years and wonderfully preserved in such remarkable condition surely makes for a great story. 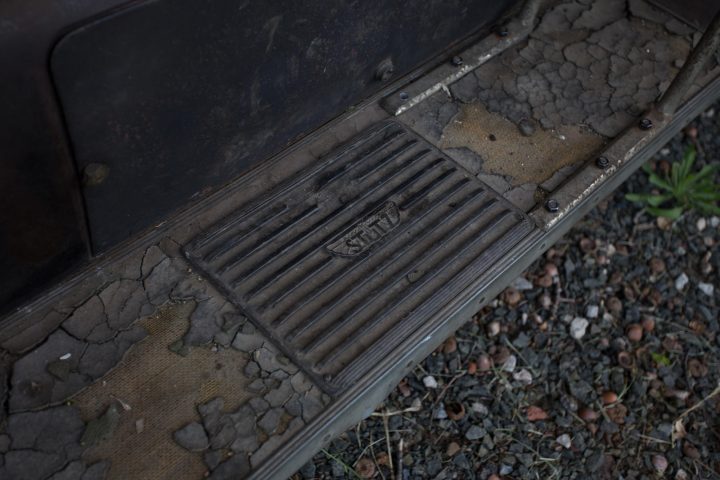 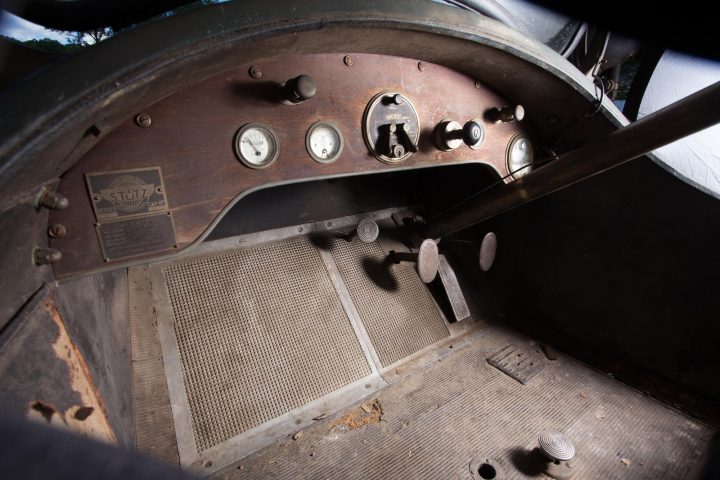 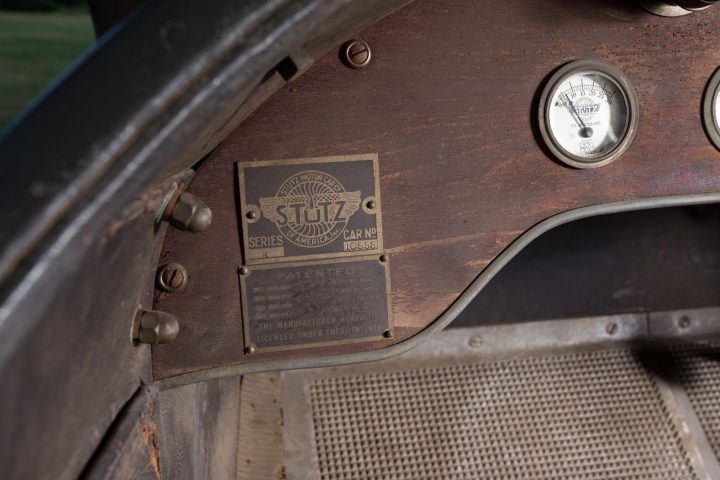 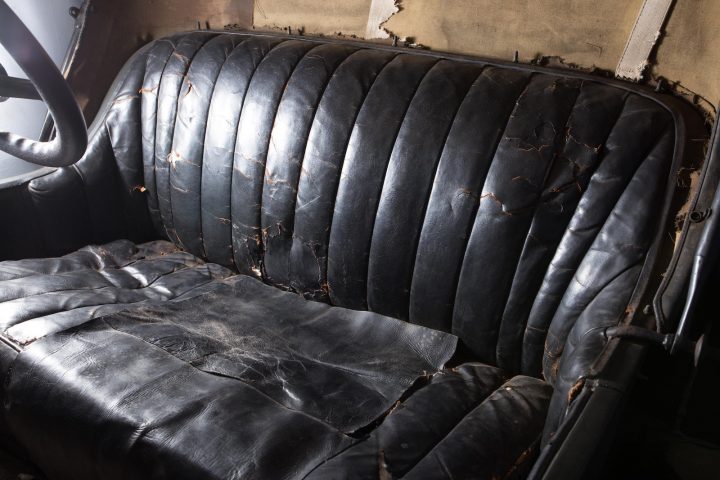 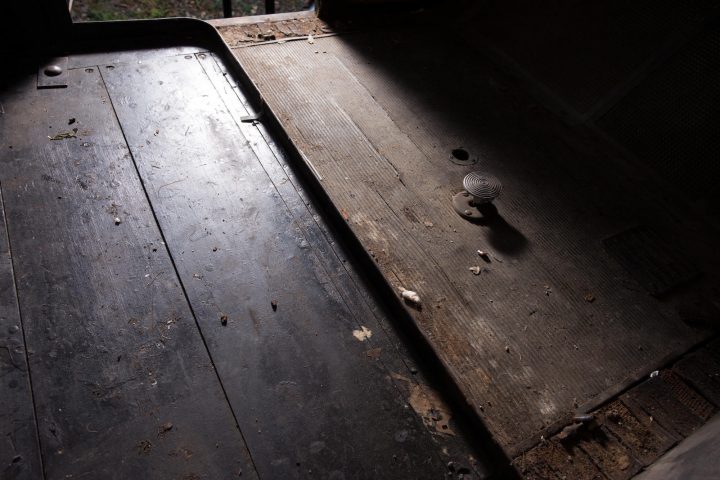 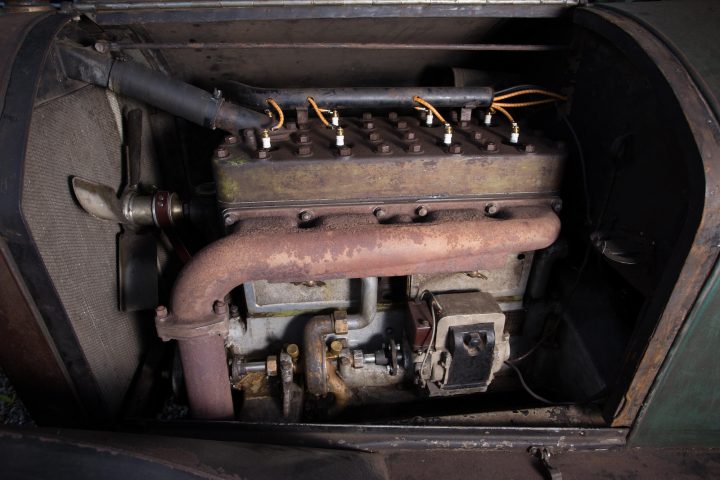 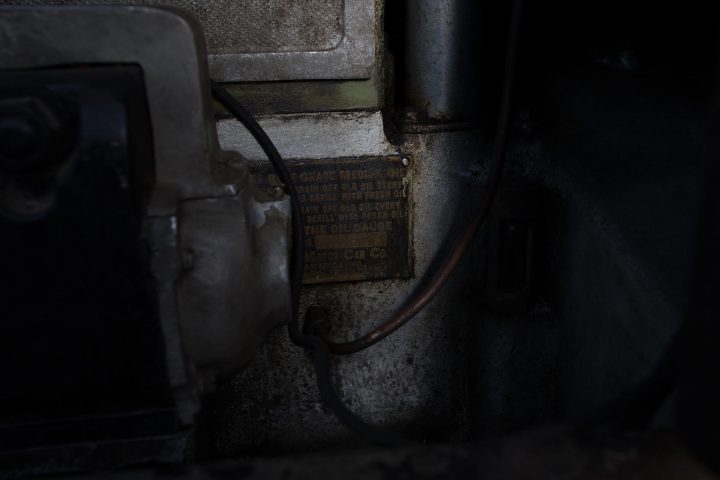 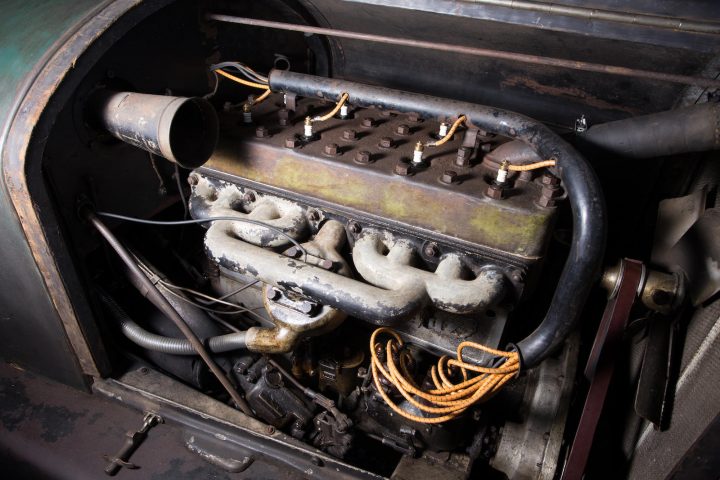