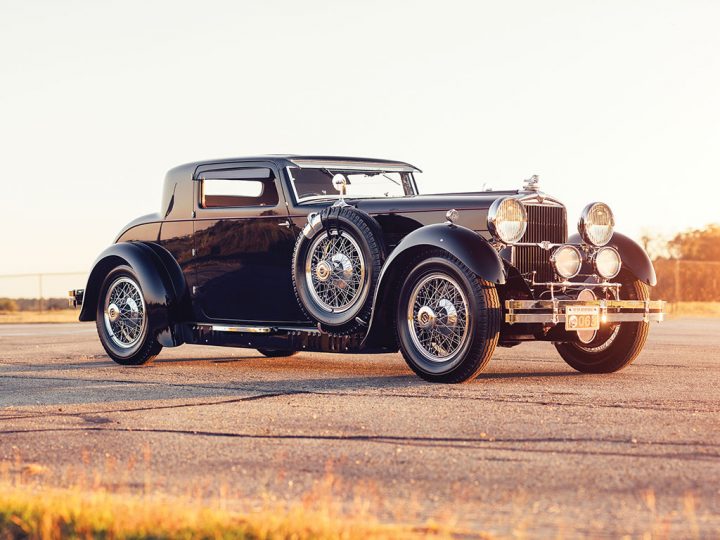 As the dust of Le Mans settled in 1928, American manufacturer Stutz stood back and reviewed the results. The company had made its return to international racing that year, following an absence of over a decade, with a stock Stutz entered at Le Mans by a French syndicate. The car finished the race 2nd Overall, recording an average speed of 106.53 mph, a feat that historian and collector Dr. Fred Simeone notes in his book, The Spirit of Competition, would stand as the best finish by an American car at the fabled event until 1966. 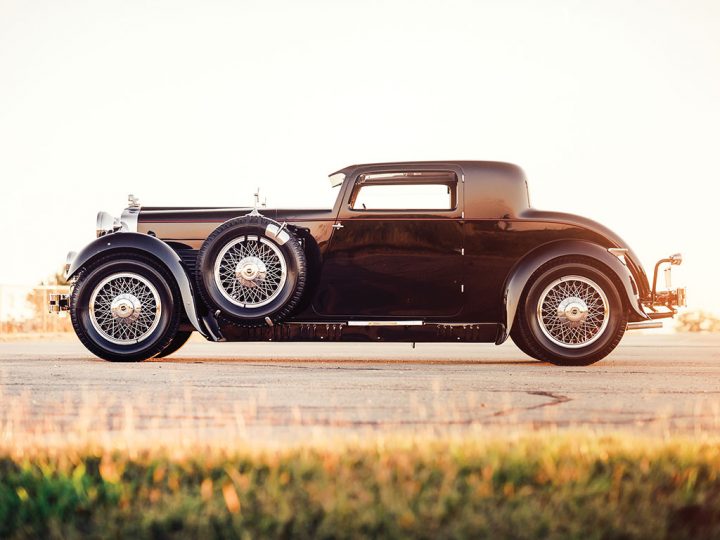 Stutz’s Model M engine, an overhead-cam eight aptly dubbed the Challenger, was advanced and powerful for its time, but Bentley countered it for 1929 with its new, massive, and potent 6½-Litre model. Building a bigger engine was not in the cards for Stutz, but in “Bentley Boy” fashion they decided to try supercharging. A centrifugal blower was developed, mounted at the front of the engine, between the front frame irons; a control on the dashboard would engage the blower, forcing additional induction through the carburetor by a long pipe. With the supercharger engaged, a blown Stutz could produce an estimated 185 brake horsepower. 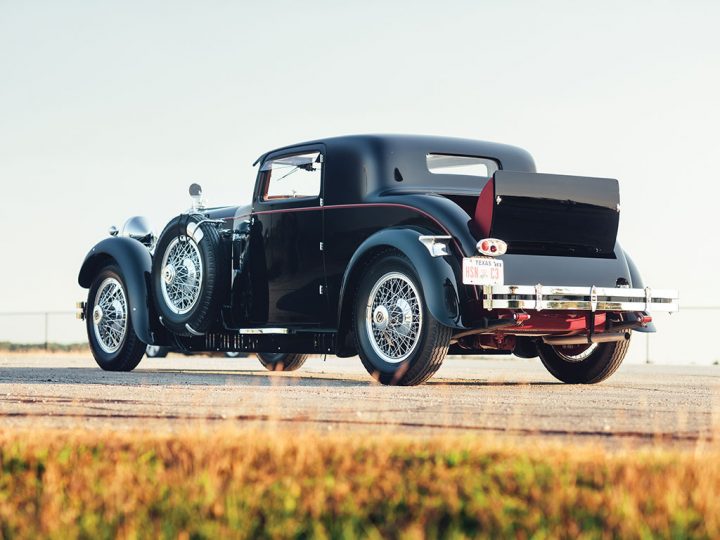 Three supercharged cars were submitted to Le Mans, sent to Europe through U.K. distributor Warwick Wright Ltd. of New Bond Street, London. One of the trio retired in 4th place, while another finished 5th Overall, behind four Bentleys. It was a bold effort and one of the most imaginative and inventive efforts by any American company to win at Le Mans – as well as one of the first American supercharged cars seen in Europe. 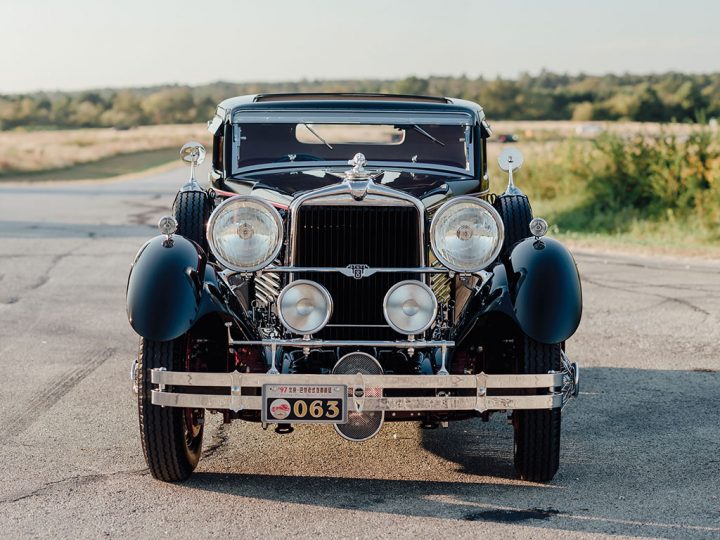 Chassis number M-C-31312 was supplied by Warwick Wright to the United Kingdom and was mounted with its present coupe coachwork, identified on its builder’s tag as being commissioned by the London firm of Brainsby-Woolard (essentially a “coachwork broker”) to the renowned shop of Lancefield. Lancefield was known for its designs of subtle sporting elegance, and its trademark styling touches are present on the Stutz, including the low “gun turret” roofline, “helmet”-style fenders, teardrop step plates instead of running boards, and stamped louvered panels covering the sides of the chassis frame. A letter on file from U.K. Stutz historian and author of a yet-unpublished book on the subject, Norman Barrs relates that interviews carried out by him with a man who apprenticed with Warwick Wright, Ltd., established that at least four of these supercharged coupes with similar but not identical coachwork were produced by Lancefield in 1929. One of the customers is known to be a Mr. Resting, who was a senior manager for F.W. Woolworth, and another customer was a Mr. John MacAlpine. 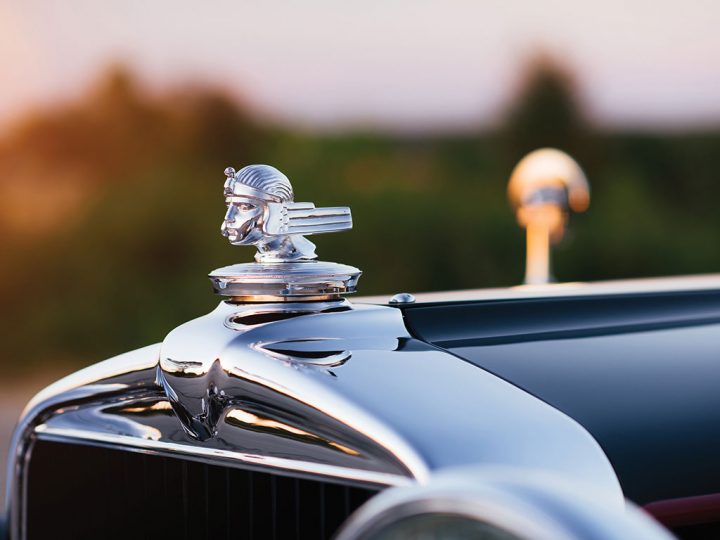 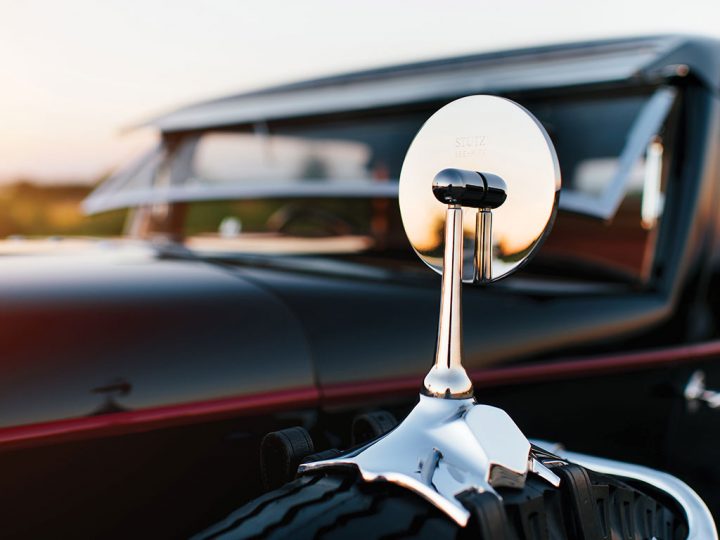 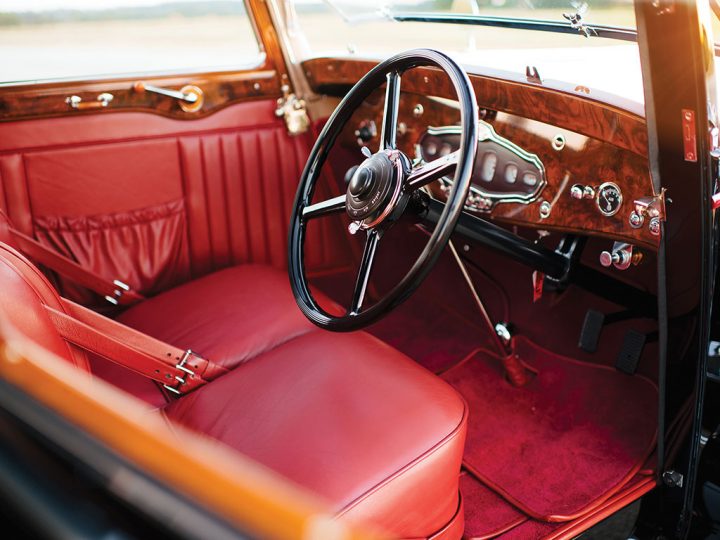 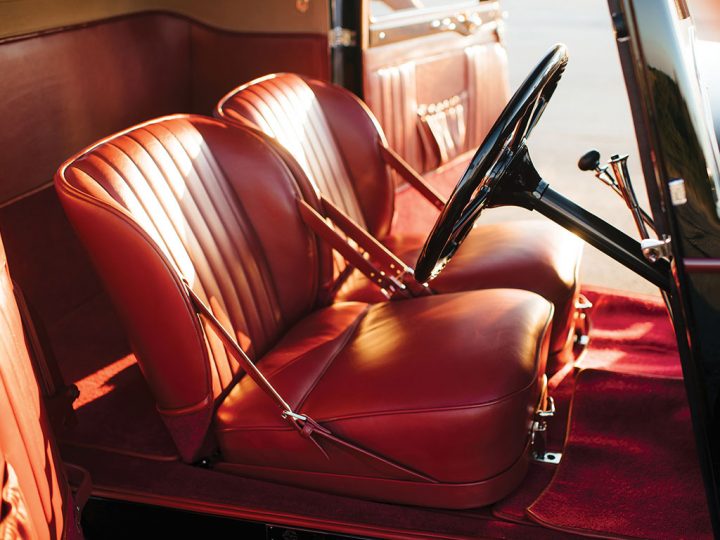 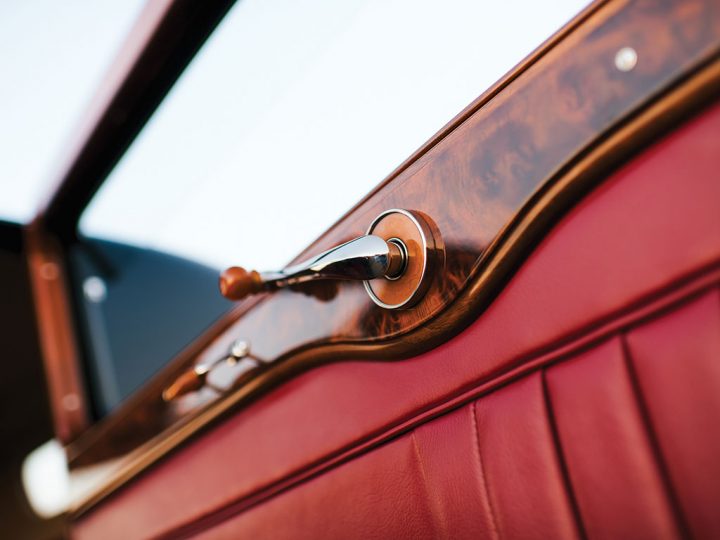 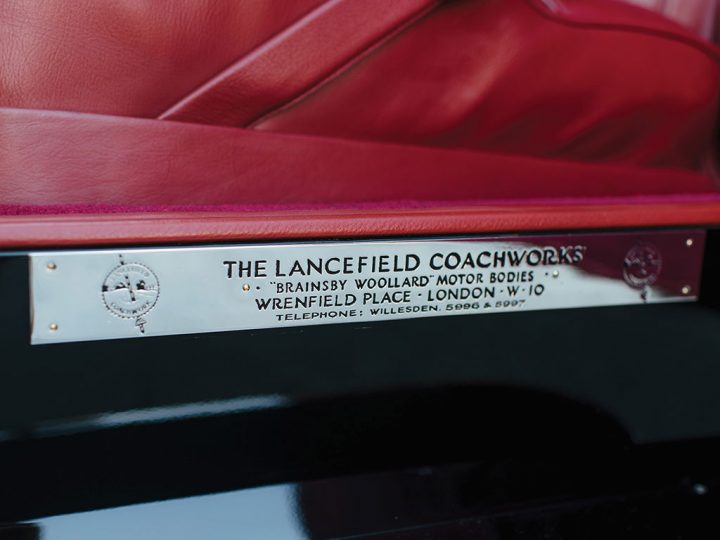 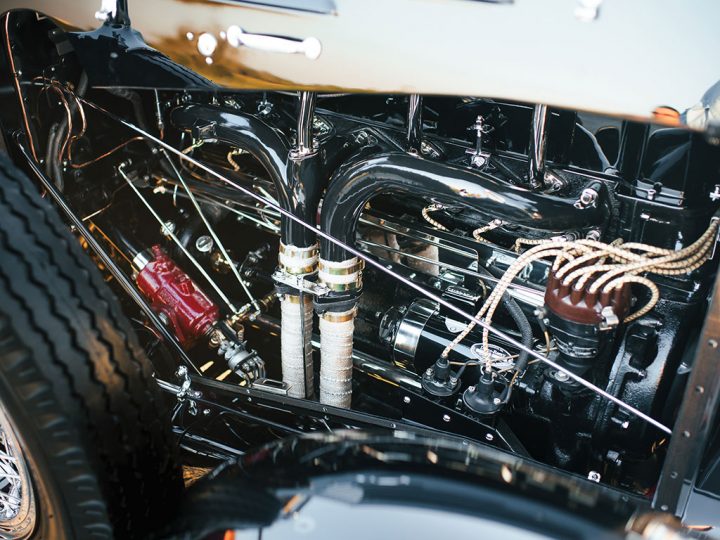 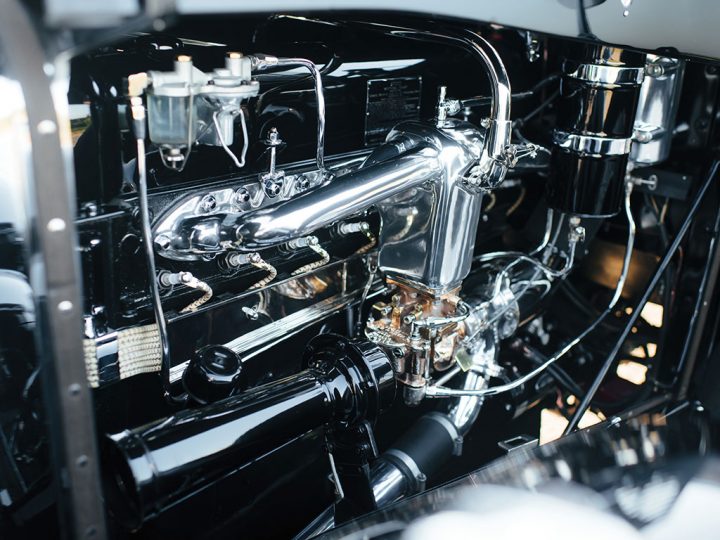 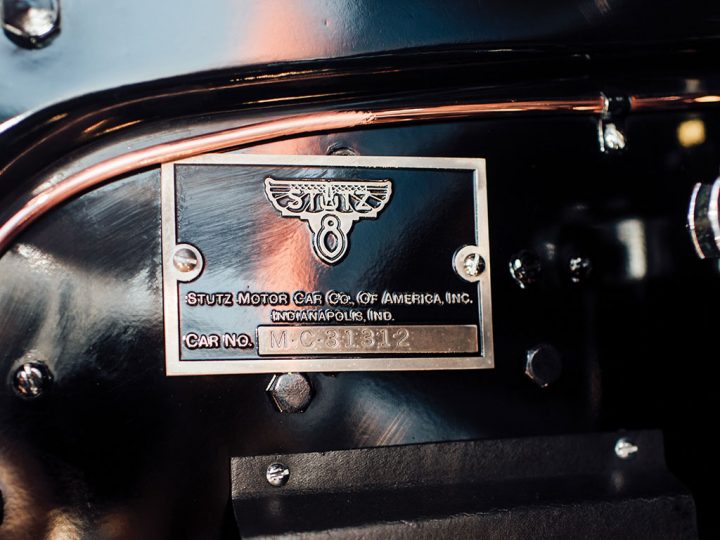