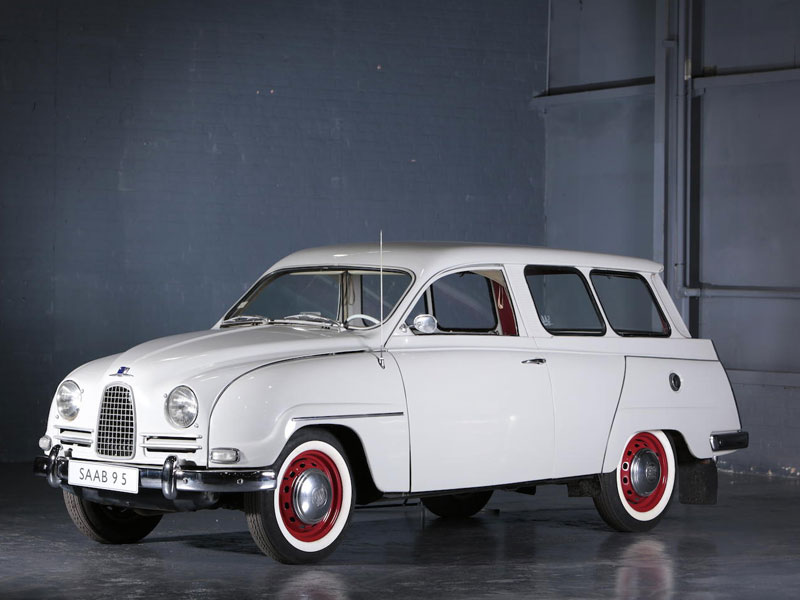 Founded in the late 1930s to manufacture aircraft, Svenska Aeroplan AB (SAAB) diversified into automobile manufacture at the end of WW2, announcing its first car, the ’92’, in June 1947. As far as its mechanical underpinnings were concerned, the SAAB 92 bore a distinct resemblance to the pre-war DKW, being a front-wheel-drive design powered by a transversely mounted twin-cylinder two-stroke engine. Its streamlined body though, clearly showed SAAB’s aeronautical background, the 92’s astounding Cd of only 0.32 making it the world’s most aerodynamically efficient production car, while further evidence of advanced thinking could be found in the all-independent torsion bar suspension, rack-and-pinion steering and Lockheed hydraulic brakes. So successful was the design that, progressively developed, it lasted in production until the end of the 1970s, latterly as the ’96’. Ford-Germany’s 1.5-litre V4 engine was first introduced on the ’96’ in 1966, becoming the sole option when the two-strokes were dropped in 1968.