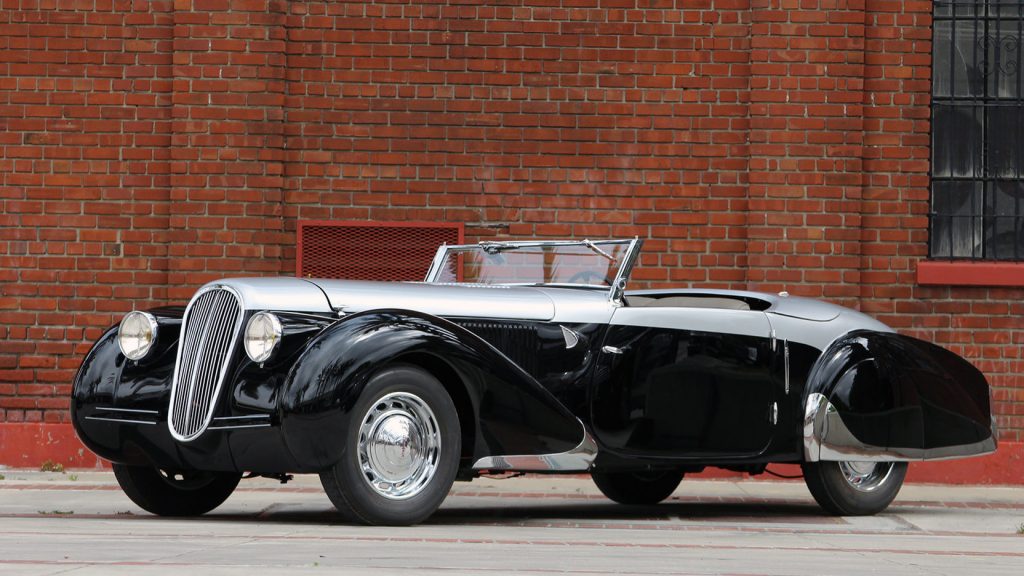 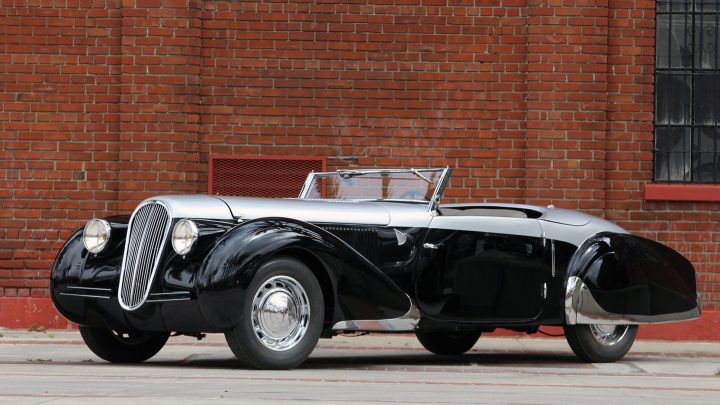 While this car shares mechanical specification with its perhaps better known cousin, the 402 Darl Mat, it looks nothing like them. This 402 employs a sleek one-off all steel body which is beautifully proportioned. Some debate exists as to who the original coachbuilder may have been for this particular body. One school of thought is that it may have been styled by Pourtout, while others suggest that the supporting evidence points towards Ateliers de Carrosserie de Becon of Paris, often abbreviated “A.C.B.”. This is the opinion of Hubert Auran, who is among the world’s most well respected historians of Darl Mats. Whether by Pourtout or by Ateliers de Carrosserie de Becon of Paris, the currently fitted body very likely replaced a version of the more common 402 coachwork which original cloaked chassis number 797280. Indeed, it was not unusual for customers desiring specialty bodies to acquire and deliver an automobile to their chosen coachbuilder, such that a body could be hung on an existing chassis, and it is believed by some that the striking coachwork we see here was completed shortly after WWII. Interestingly, a period photo exists which is dated to the 1940s by Nick Valcamp, a leading art historian, depicting what is believed this car in an unrestored state, which would mean the body would have existed well before the conclusion of WWII. The chassis measures 114-inches in wheelbase, which was elongated for this particular project. When compared to the Darl Mats, it is considerably larger and longer, roughly the size of a Delahaye 135. While debate may continue to exist about the origins of this body, what is absolutely clear is that it is a remarkably beautiful and very early French design, highly evocative of the deco styling of 1930s European culture. 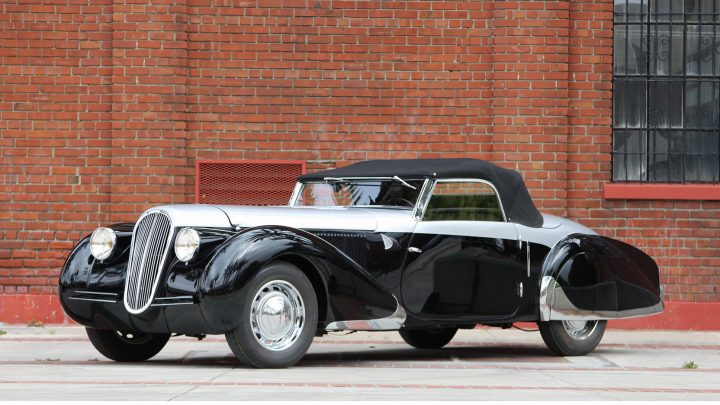 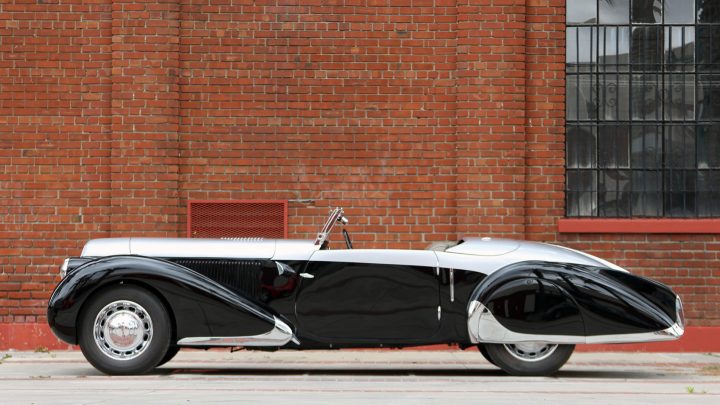 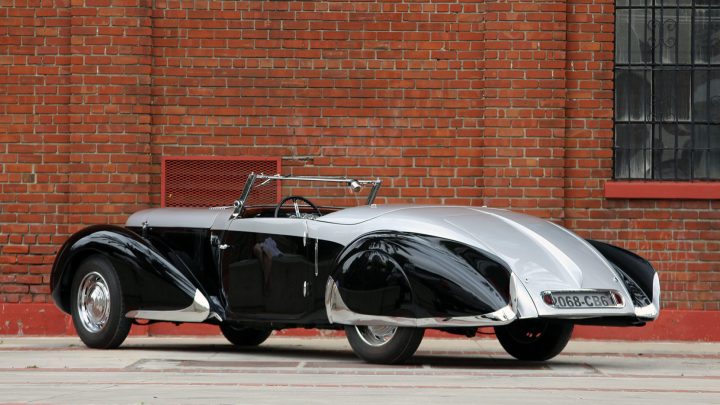 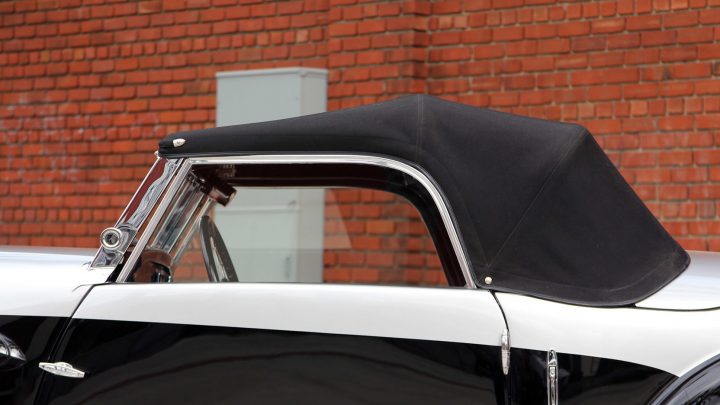 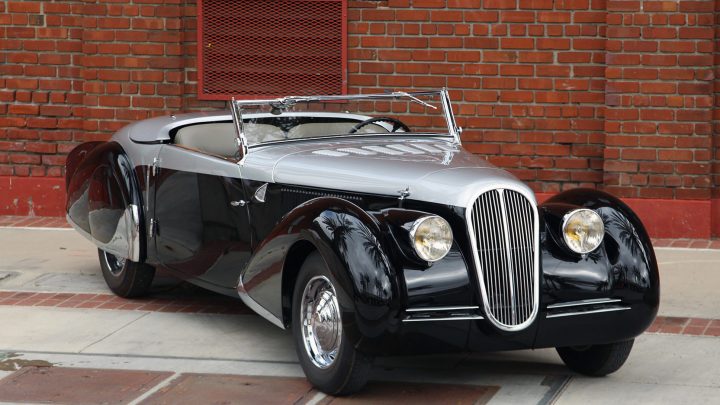 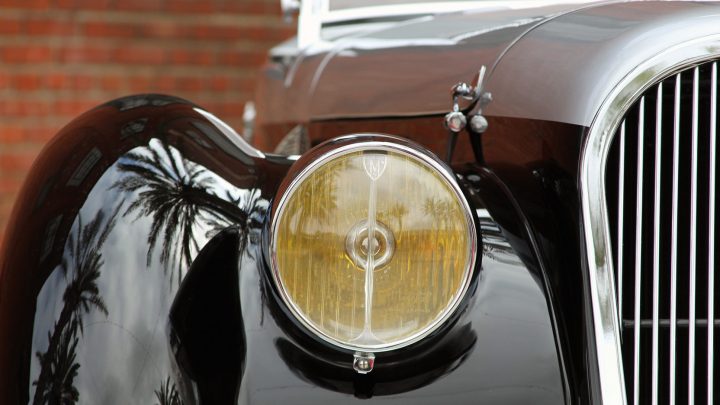 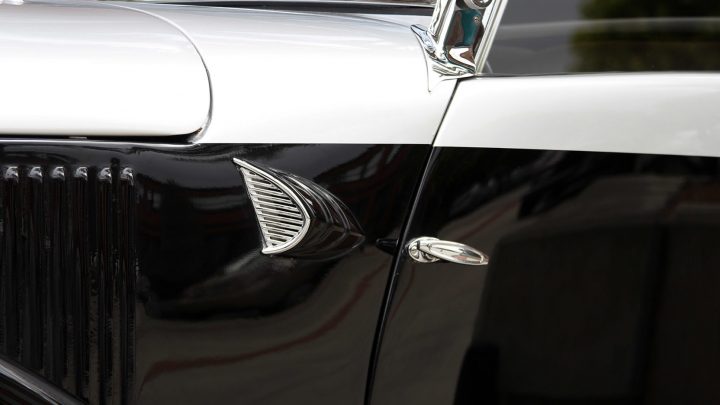 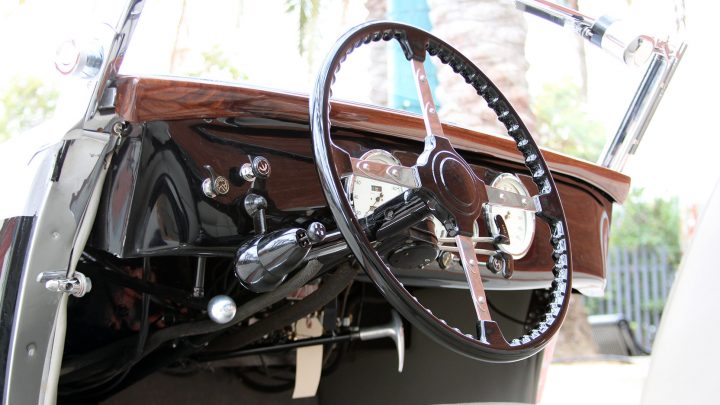 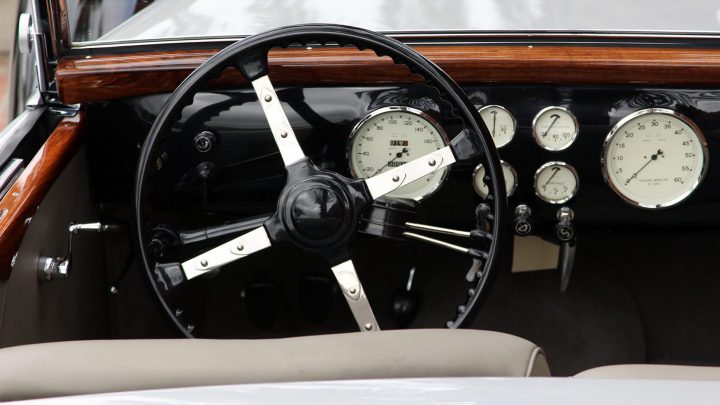 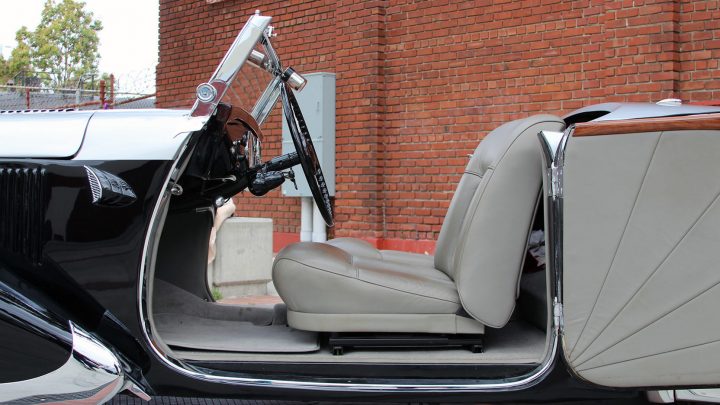 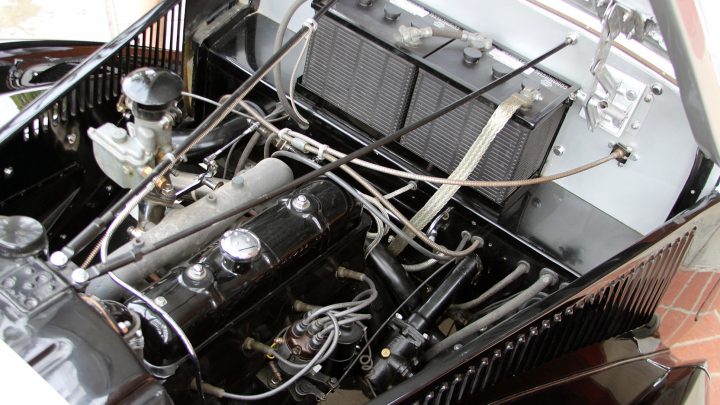