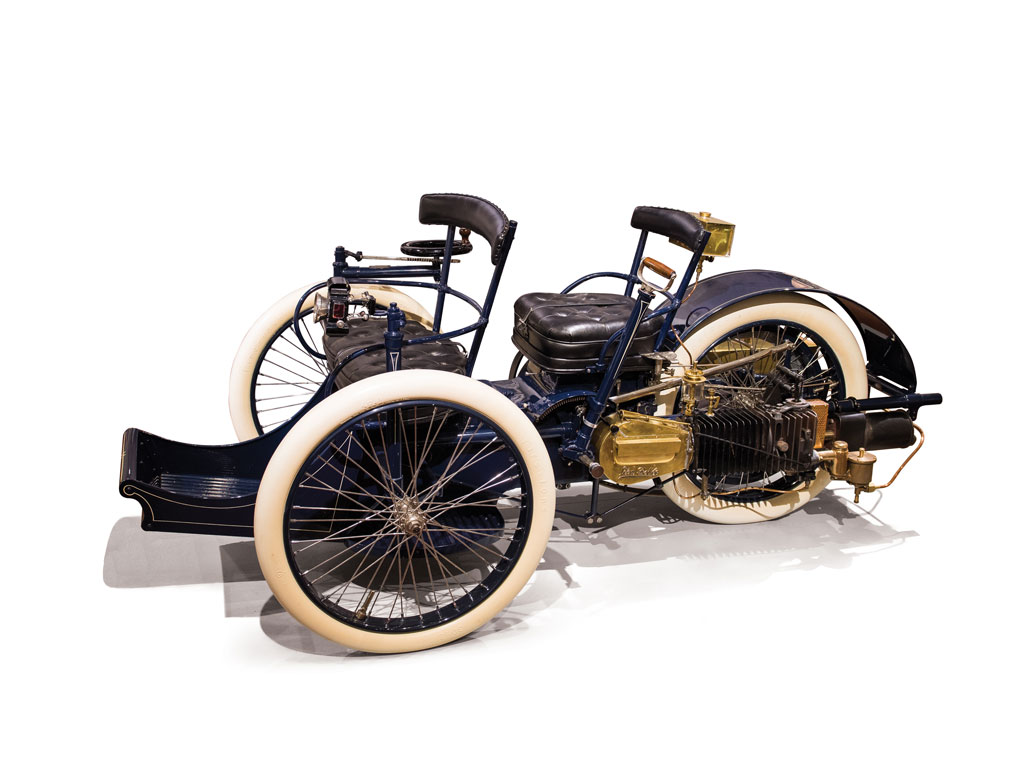 Amédée Bollée is a name not often remembered outside of enthusiasts in his home country of France, which is a shame, as he was one of the world’s pioneers in propelled motoring, building his first steam-powered carriage in 1873, twelve years before Karl Benz’s “invention” of the automobile. His sons, Amédée Jr. and Léon, took part in the famous Paris-Bordeaux Race in 1895. Later that same year, Léon Bollée patented an automobile design of his own: a three-wheeled vehicle with tandem seats and a horizontal single-cylinder engine. The Léon Bollée was one of the first of what came to be known as voiturettes, small, lightweight French sporting cars. It became quite popular, to the point where it was manufactured not only in France but also in England, where manufacturing rights were owned by pioneer motoring entrepreneur Harry Lawson.

Operating a Léon Bollée is a fascinating experience. The driver is placed safely behind the passenger (who, in effect, serves as the bumper), with both astride the 882-cubic centimeter engine, which turns at about 800 rpm. Steering is by a wheel placed between the driver’s knees and turned by his right hand, while his left hand operates a lever that, depending on its movement, changes gears, applies the brake, and engages the belt drive to the rear axle.

A Léon Bollée set a world record for 100 kilometers in 1898 at Etampes, covering the distance in 1 hour and 58 minutes. It was, at the time, the fastest gasoline-powered vehicle on European roads.