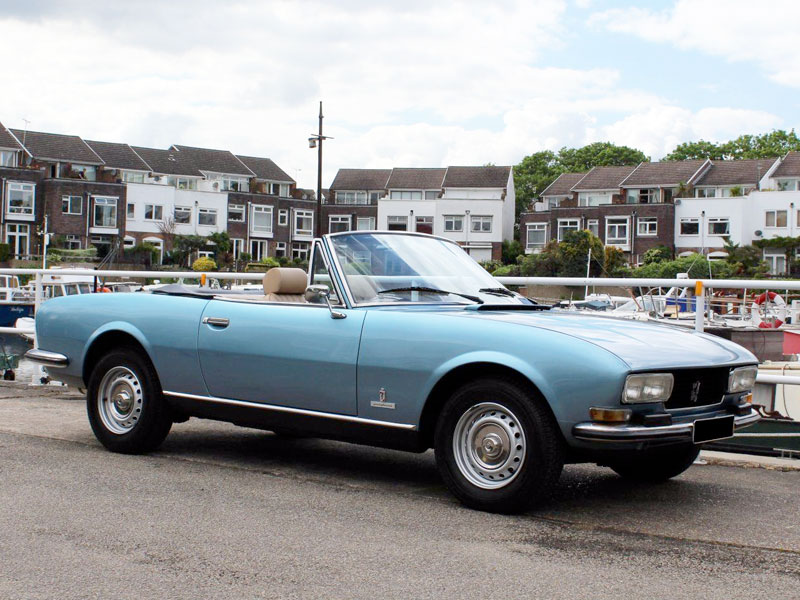 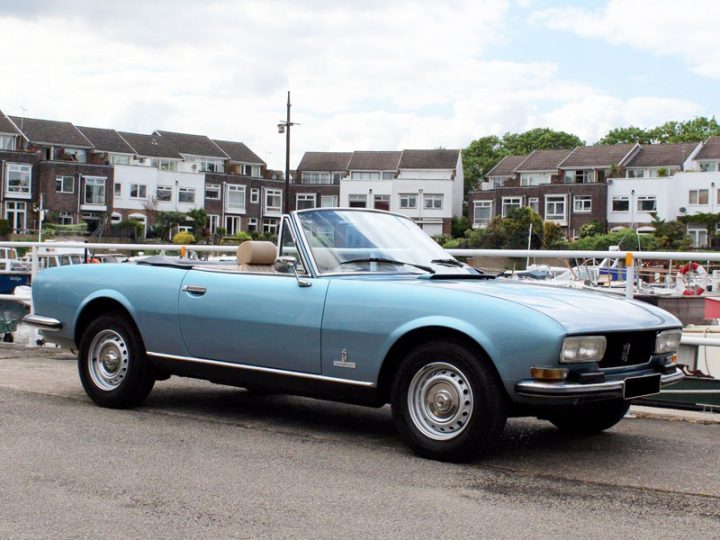 According to a certificate provided by the Peugeot England club, this car left the factory in May 1976, and is a rare V6 convertible version. An invoice folder informs us that besides the fact it has benefited from a significant amount of work, this car has spent part of its life in Holland, the country of canals and tulips. It then passed into the hands of another enthusiast who carried out a major overhaul in 2013. Its unusually good condition seems to have ‘seduced’ a British collector. The car successfully passed the British “MOT” technical inspection. 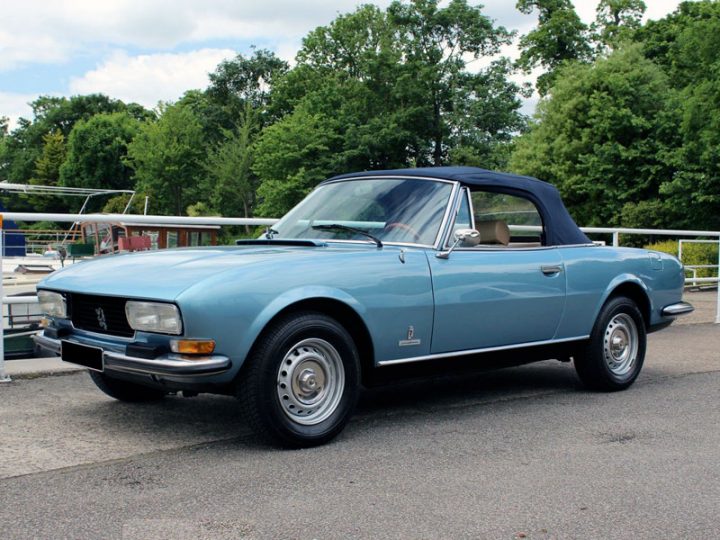 It has been receiving very regular maintenance, and has been carefully used, without ever having gone through complete restoration, thus it comes in a rare state of preservation. The car features an unusual light metallic blue shade and beige leather seats that show only slight signs of wear.
This elegant, fast and comfortable car still has its slim chrome bumpers and has the benefit of small back seats. Its performances are not far from those of a Mercedes 250 SL, for only a fraction of the price. 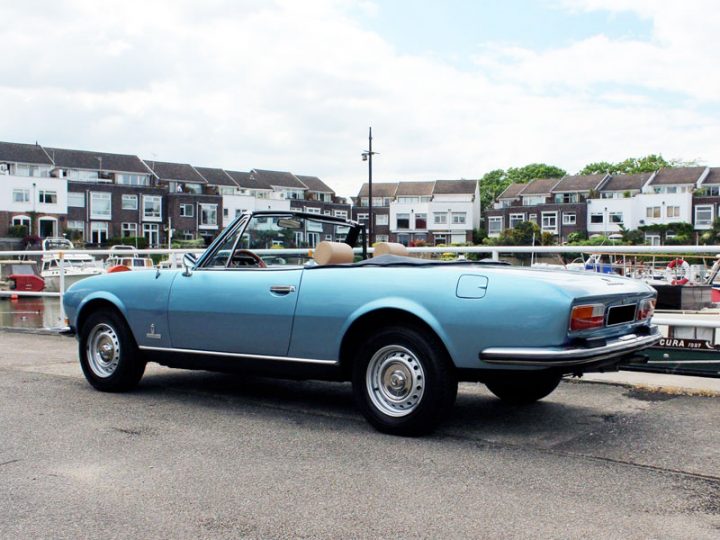 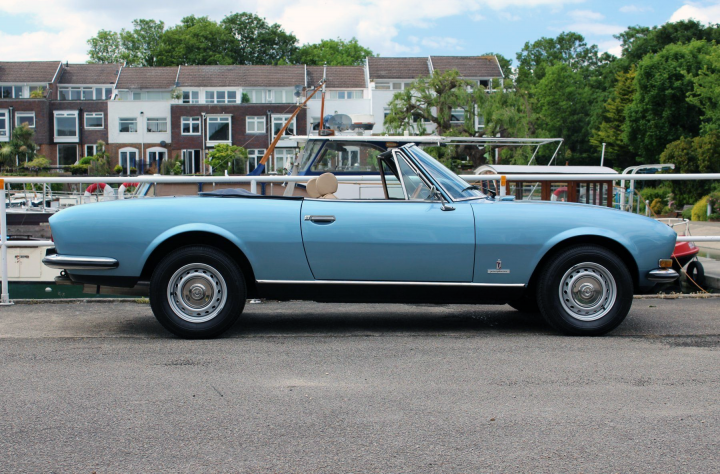 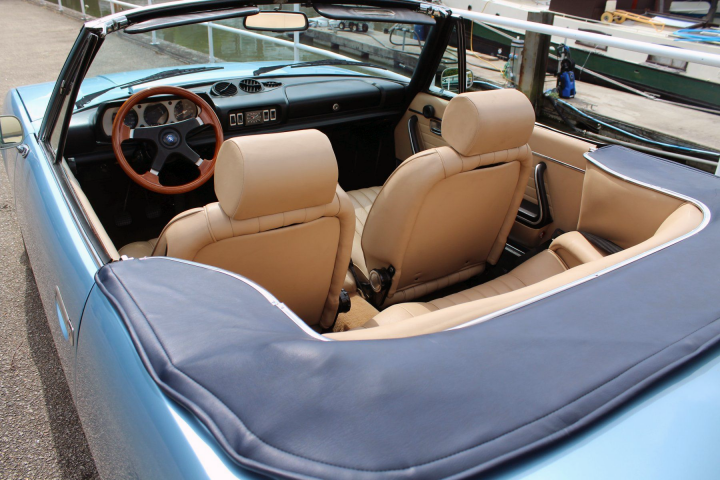 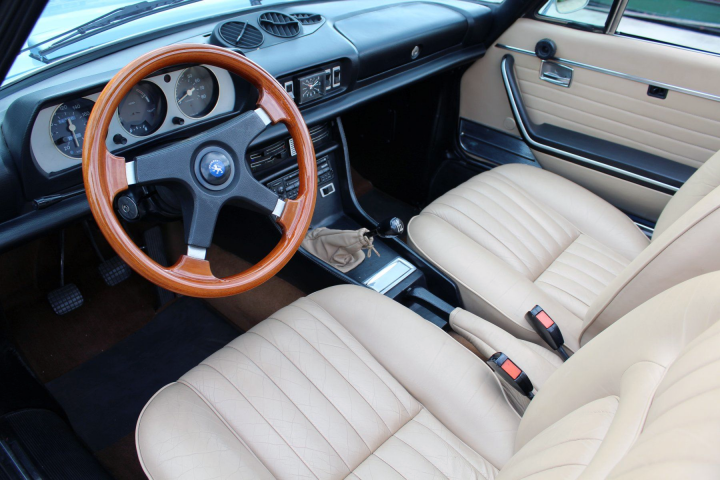 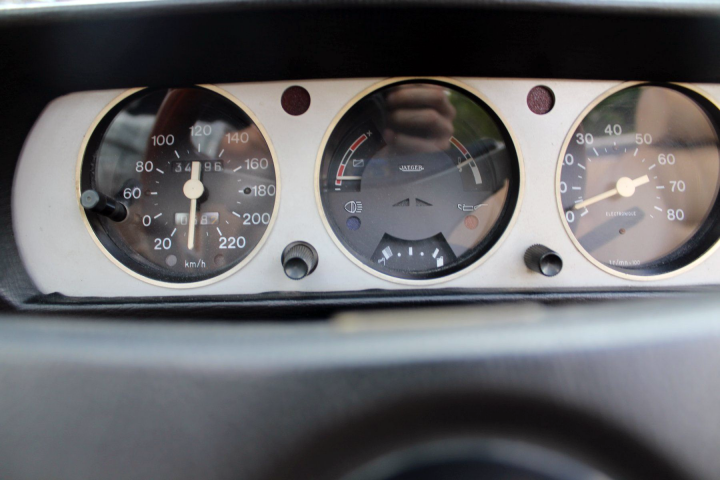 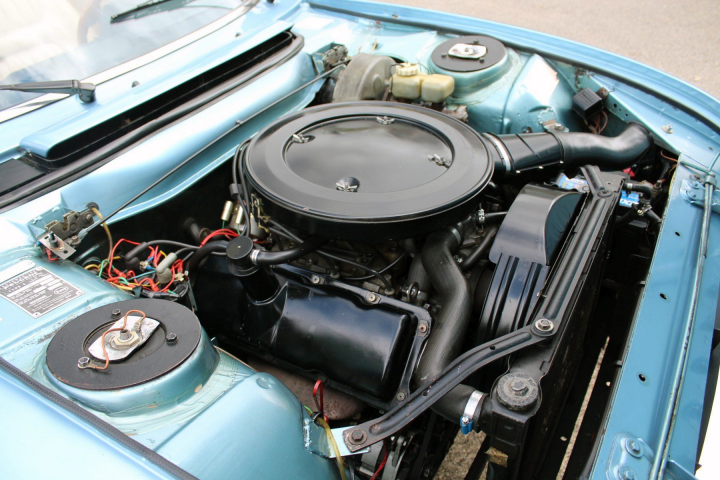 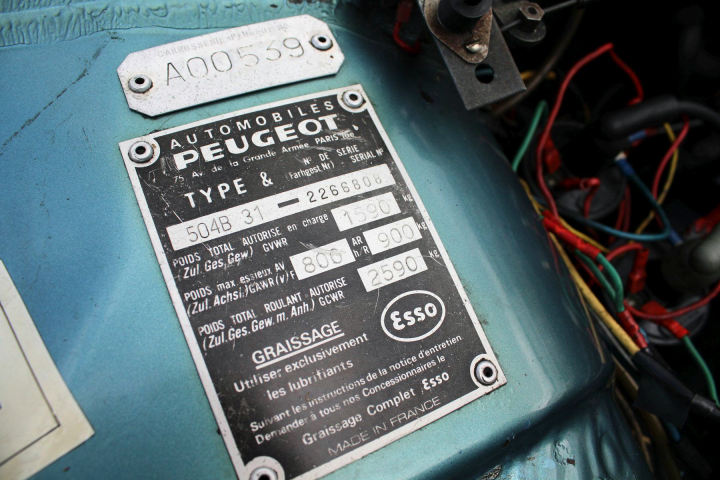