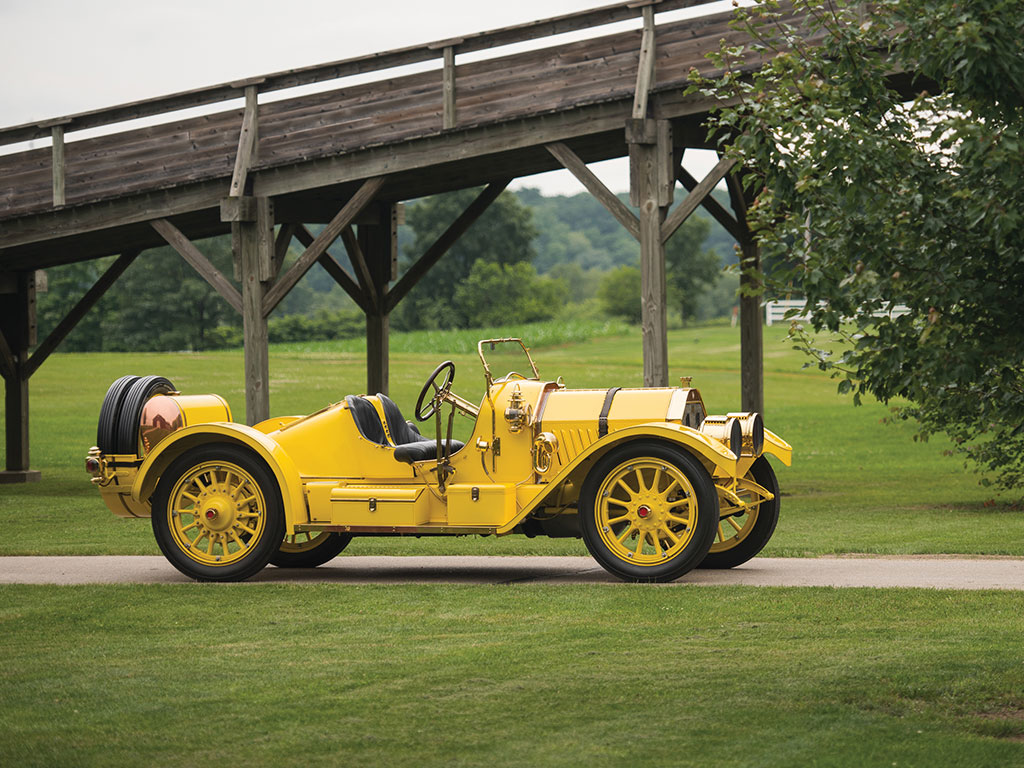 John Henry Greenway Albert was the kind of man who, had he not been well-to-do, would have been considered an odd character of the American West, but he had money, so he was termed an eccentric. It did not hurt that by most all accounts he was a gentleman and a scholar, as well as a man of considerable, insatiable curiosity and passions. Among his greatest loves were automobiles, and as Mr. Albert had come from a wealthy Maryland family and achieved success of his own as a mining engineer, he had the funds to afford most whatever he could afford. It says a lot about the depths of his pockets that in 1929, the year of the Great Depression, he purchased a brand-new Cadillac dual-cowl phaeton. He also had the time to found a celebration known as Helldorado in his adopted hometown of Tombstone, Arizona.

The majority of the automobiles that Greenway Albert purchased remained with him for the length of his life. Among these was this Oldsmobile Autocrat, which he had purchased new in 1911. The Autocrat was the “junior” model of the famed Olds Limited, but it was not its junior by much, as the thumping T-head four was essentially a Limited engine but with two less cylinders, being capable of displacing 500 cubic inches, and the tires spanned 38 inches across.

Yet, Albert and his chauffeur, Columbus Ridge, went to work modifying the new car, stripping its coachwork and installing a “boattailed” aluminum body of the owner’s own design, which would be lighter and afford better performance. To the same end, Albert put his engineering mind to work on an unusual gas generating system for the engine. In this system, the heat from the exhaust was used to make a producer gas, which, when added to hydrogen and free oxygen, produced a vapor that was drawn into the cylinders by a vacuum. The hydrogen kept the cylinders entirely free of carbon, allowing for durable, long-lasting performance.

“Yellow Peril,” as Albert dubbed his machine, was raced by its owner, with Ridge riding as mechanic, at events in Maryland, Delaware, and Washington, D.C., as well as on East Coast road races. Albert recounted later that the only race at which he had been beaten was in Washington on Labor Day, 1915, when the car skidded on a wet board track, went through a patch of honeysuckle, re-entered the track, and passed 17 cars in two laps before an engine fire forced it to the pits. He was a noted teller of tall-tales, and little actual records of period events survive to mention his name. But it is clear that he drove Yellow Peril, and did so with abandon!

Unlike most racers, who retired or junked their mounts once the cars had outlived their competitive usefulness, Greenway Albert not only held on to Yellow Peril but also kept enthusiastically driving it. In 1929, he founded the aforementioned celebration in Tombstone, Helldorado, and crowned a “Helldorado Queen.” Naturally, she rode through town in the Olds, which by this point had been fitted with a “mother-in-law” seat and an easily erected folding fabric top. The parade became an annual event and Yellow Peril an annual participant, being stored when not in use at a Tombstone garage and reconditioned each year by a local mechanic for the event.

In 1962, Albert “restored” the car over a two-week period, painting the body with new yellow and black enamel and fitting new tires. He continued to show it at local events until 13 August 1968, when a cerebral hemorrhage killed him, fittingly, at the wheel of an automobile, albeit a modern car and not his Oldsmobile. It was the only road accident in his long and accomplished life of fast driving.