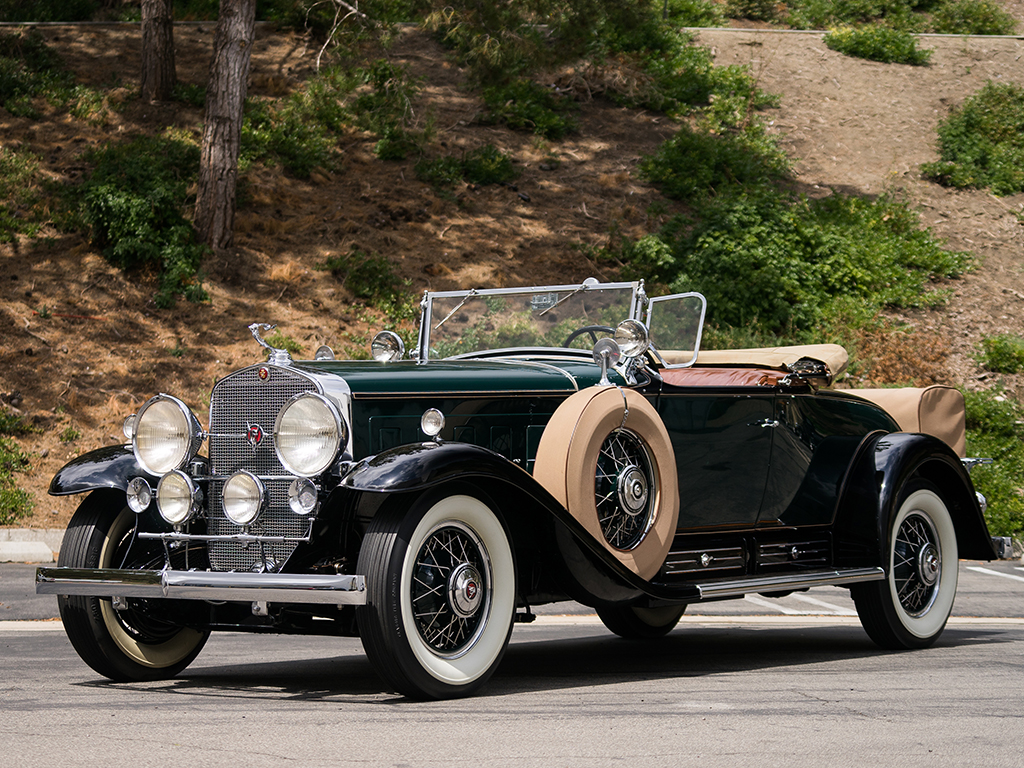 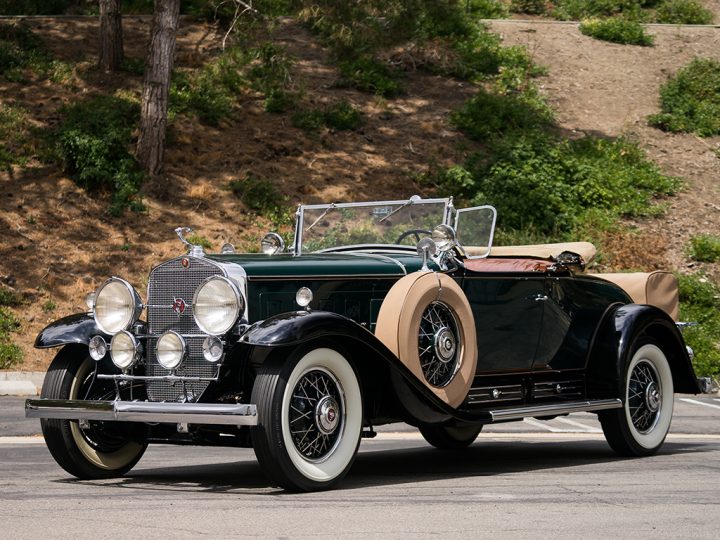 Cadillac managed to survive the rapidly declining luxury-car market of the early 1930s thanks to the financial resources of GM, its massive parent company. Without this support, Cadillac could never have produced such a limited-production, luxurious automobile as the legendary Sixteen. Although the V-16 was brilliantly designed, its shrinking Depression-era market meant that the V-16 was, of course, produced in tiny numbers for those few who were capable of paying more than 10 times the cost of a contemporary Chevrolet convertible. Without doubt, the few examples remaining today offer a rare glimpse into one of the most exciting automotive eras of all time. Most coveted among them is Fleetwood body style number 4302, the fleet two-passenger roadster known as a gentleman’s open performance machine. 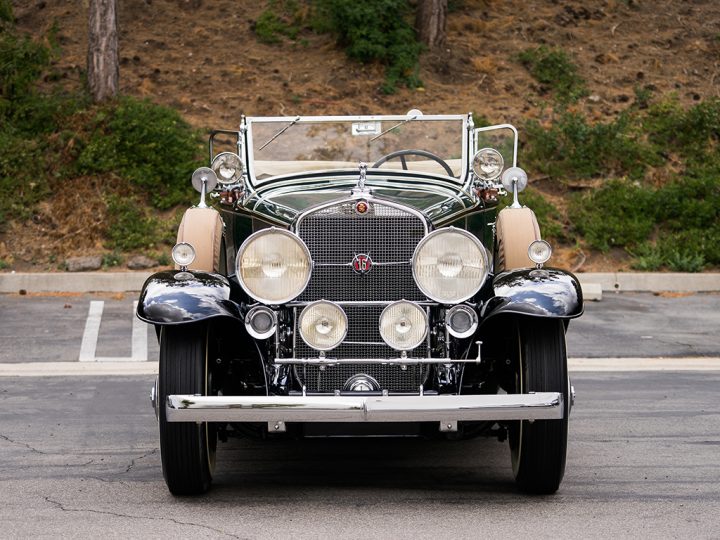 The car presented here is documented by its build sheet as being an original and authentic V-16 roadster, body no. 73, supplied new to the famous Uppercu Cadillac Company at their Newark, New Jersey, branch. Subsequently owned by early V-16 enthusiast Albro Case of Windsor Locks, Connecticut, it was later acquired in the 1960s by collector Richard Terhune of Virginia, who performed the first restoration while installing the current engine, no. 701070, as the original engine had suffered a cracked block. Following restoration, the car was purchased by Laurence C. Witten II of Easton, Connecticut, a well-known collector of the era. 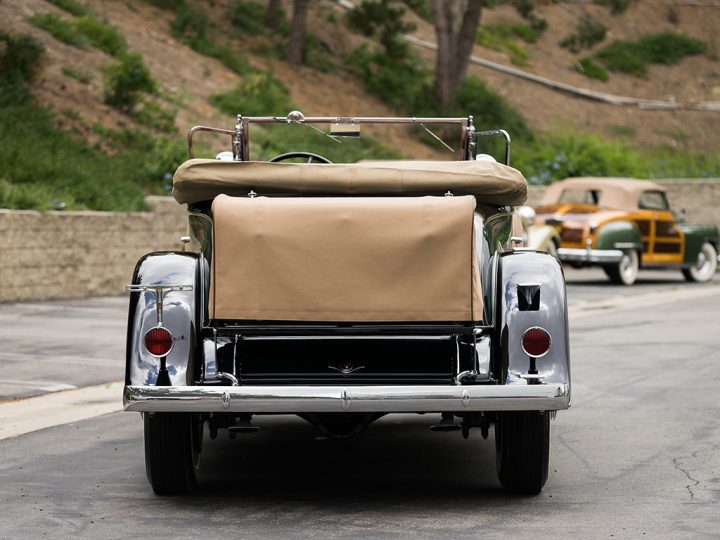 n 1972 the V-16 was sold by Mr. Witten to William Gannet of Hopedale, Massachusetts, who commissioned its restoration by Al Rogers of Charlton, receipts for which are on file. Mr. Gannet then maintained the car for over thirty years before it joined its current owner’s prominent Southern California collection. While the restoration has mellowed over the years, it is still extremely attractive in a livery of Brewster Green and black, accented by brown leather upholstery and a khaki soft top. Furthermore, it is well-accessorized, including Pilot Ray driving lights, cowl-mounted spotlights, dual horns, a radiator stone guard and ”Goddess” mascot, sidemounted spares with fabric covers, and a proper luggage rack and trunk. The original Uppercu delivery tag is still fitted to the rear of the body. 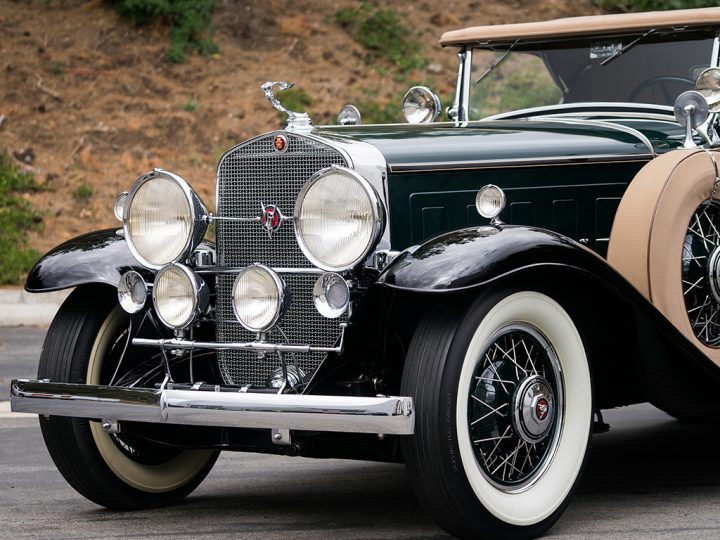 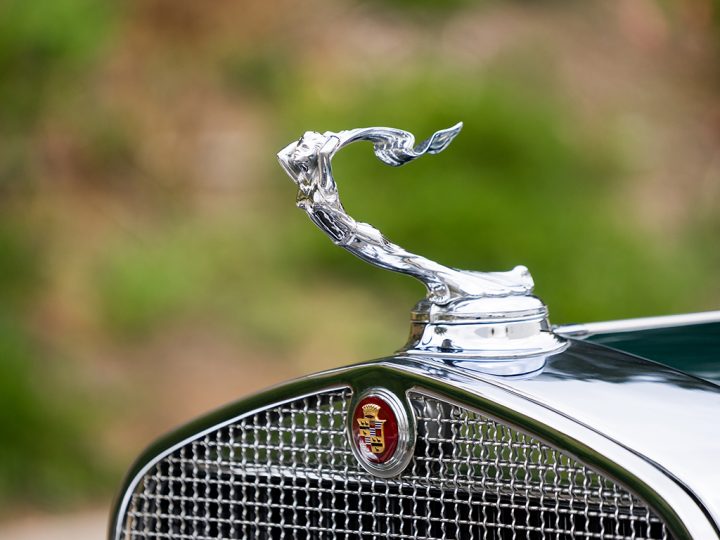 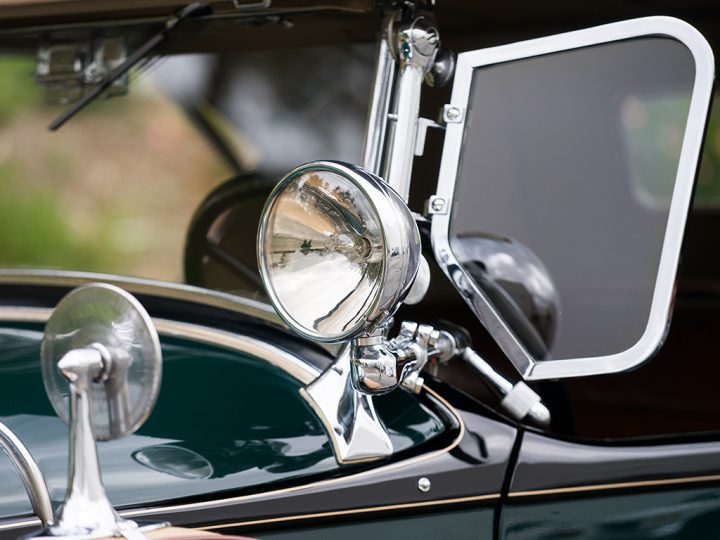 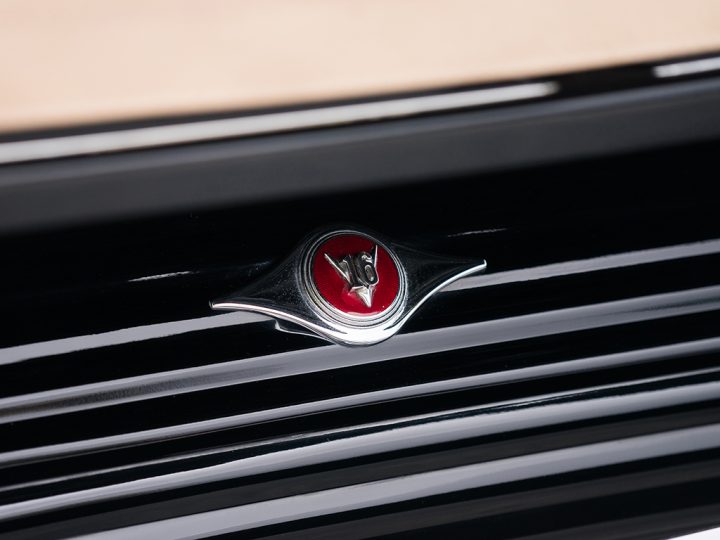 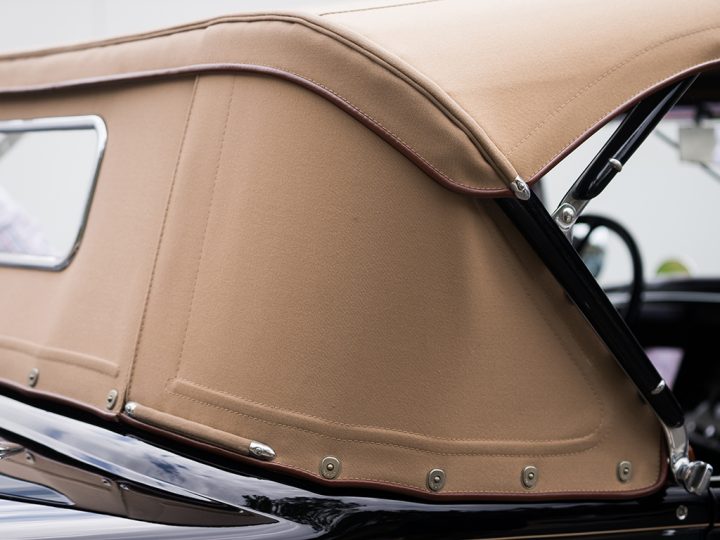 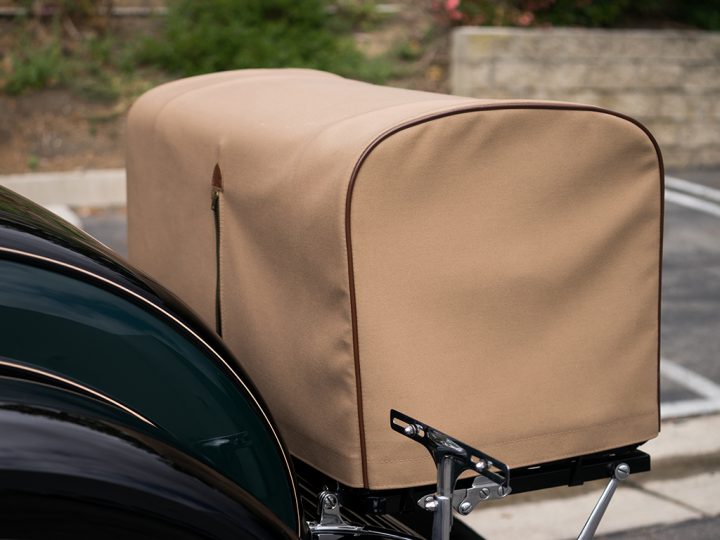 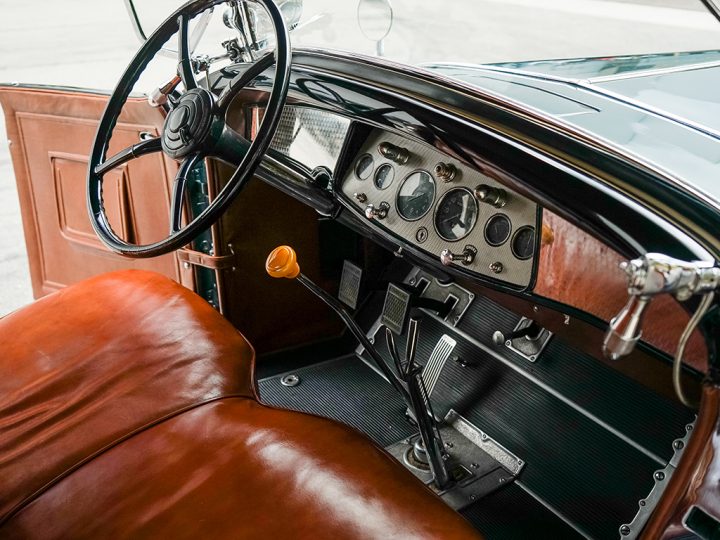 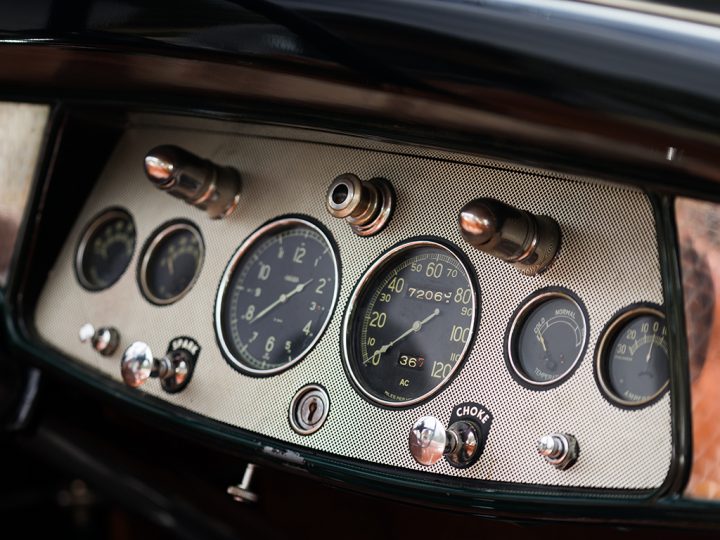 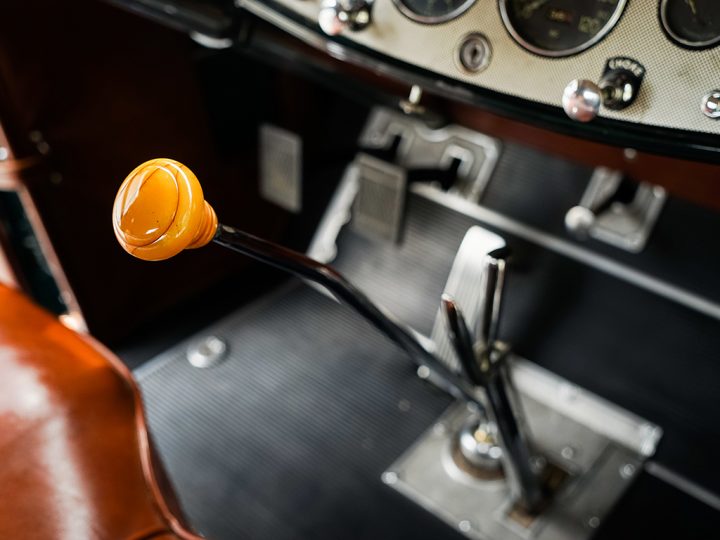 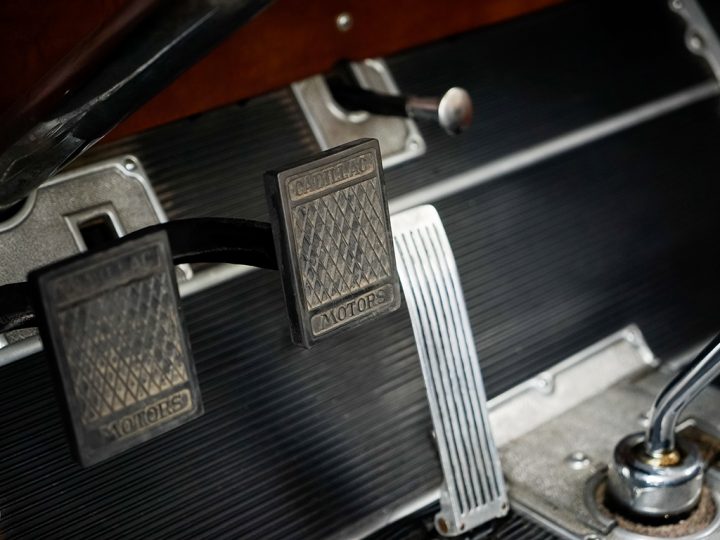 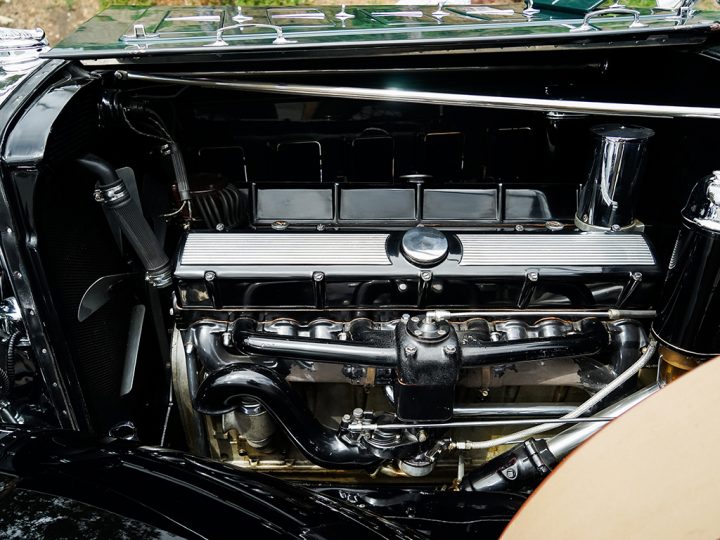 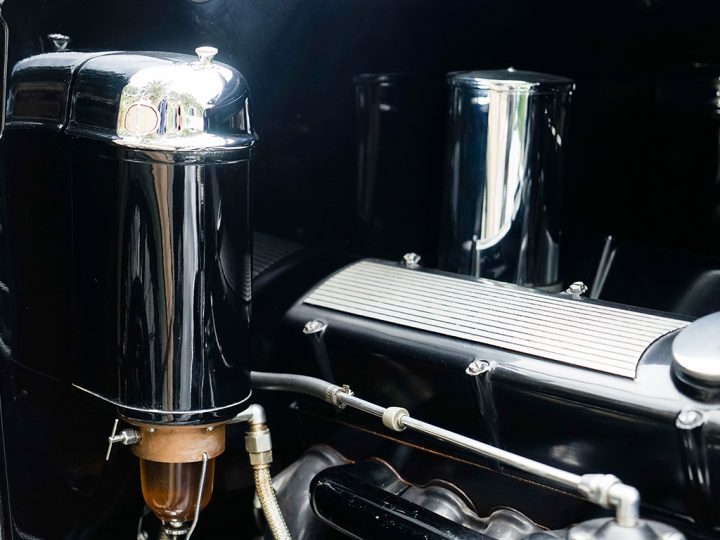