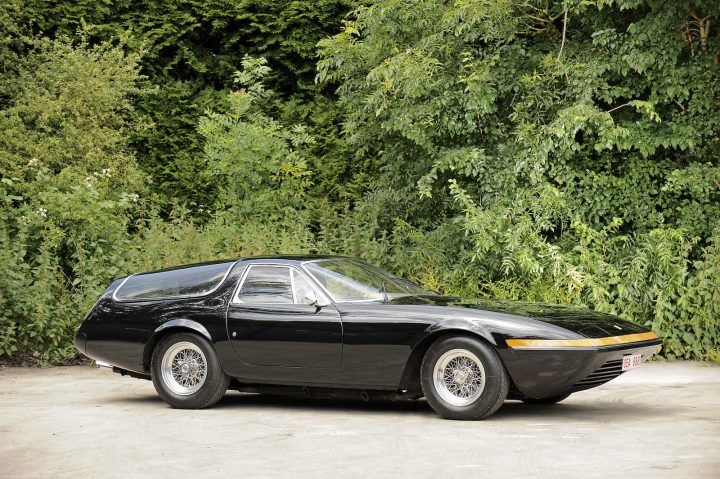 If the Daytona was no ordinary road car, this particular 365 GTB/4 is a truly extraordinary Daytona. According to Ferrari authority Marcel Massini, car number 15275 was the 805th Daytona Built. A standard Berlinetta, it was finished in Rosso Dino with a Nero leather interior. When completed, it was shipped to the United States and received by Chinetti-Garthwaite, which was the Philadelphia area dealer, located in Paoli, Pennsylvania. Two years later, the car was with Panther Westwinds in Surrey England. In addition to building its own historically-influenced vehicles, the firm was capable of very high quality coachwork conversions and interior trim. Working to a design by Luigi “Coco” Chinetti Jr. and freelance auto designer Gene Garfinkle, Panther Westwinds modified the Daytona into a striking station wagon, which retained very little of the original exterior save the broad hood. Unlike traditional station wagons—which were certainly not built on Ferrari chassis—this Daytona Wagon avoided a traditional rear tailgate by using gullwing-style rear side windows for access to the cargo deck. 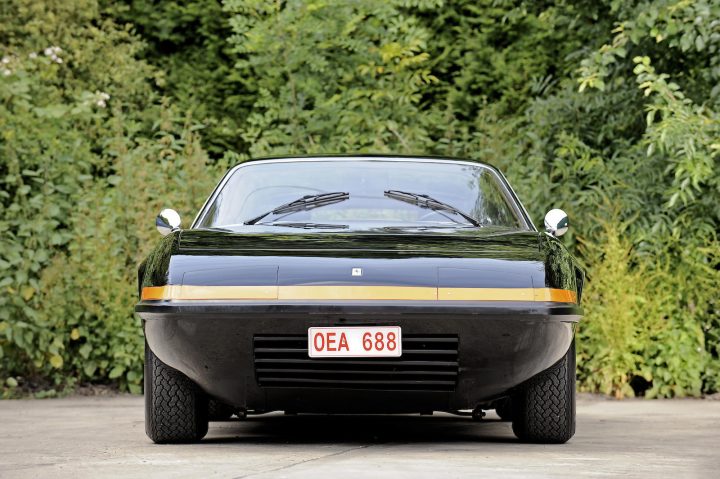 The interior was also substantially new, with the instruments mounted centrally in the opulent wooden trimmed dashboard. Even the cargo load floor featured wooden decking. 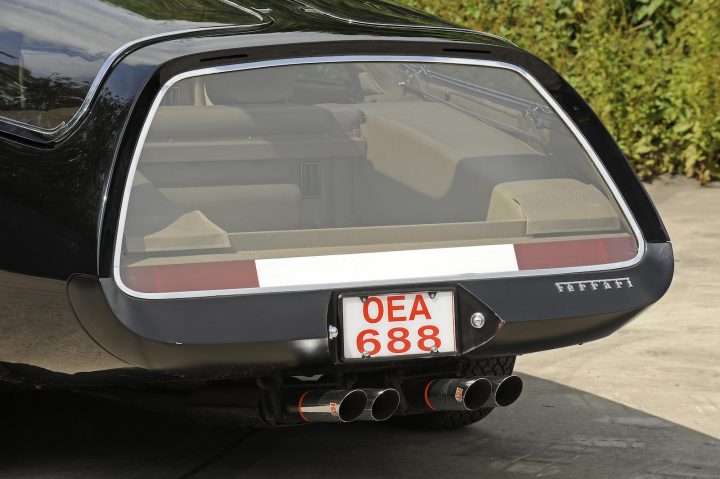 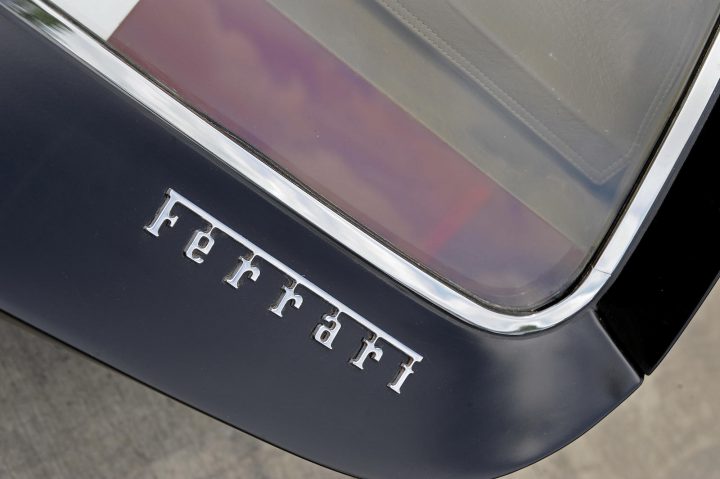 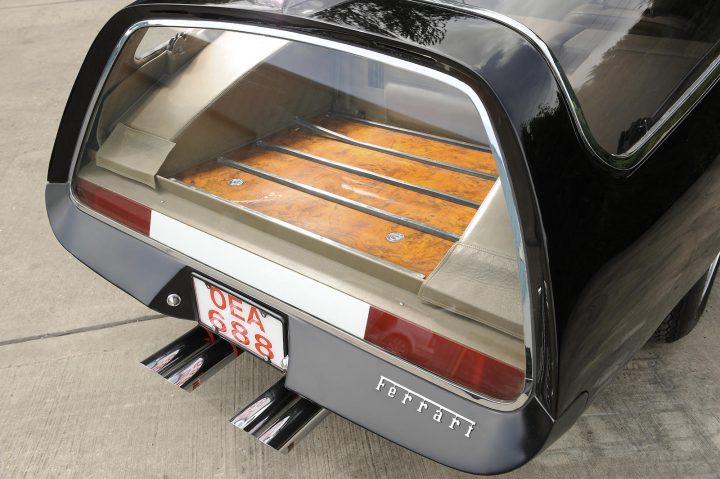 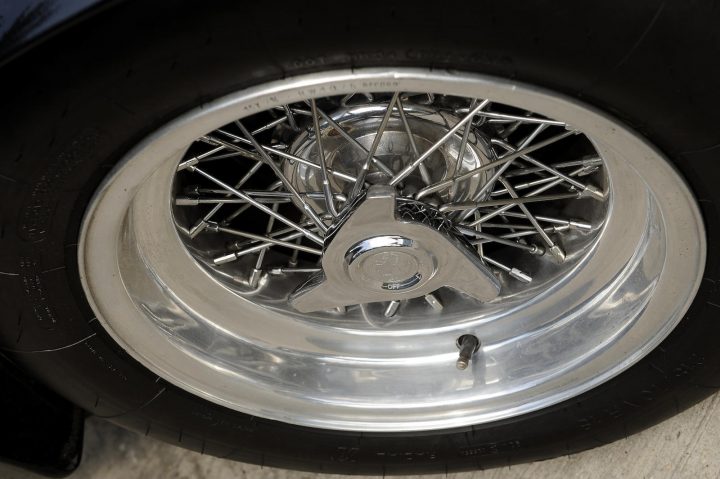 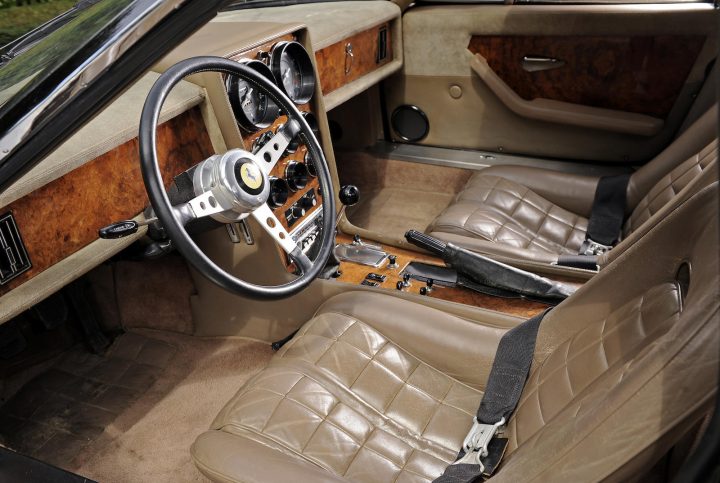 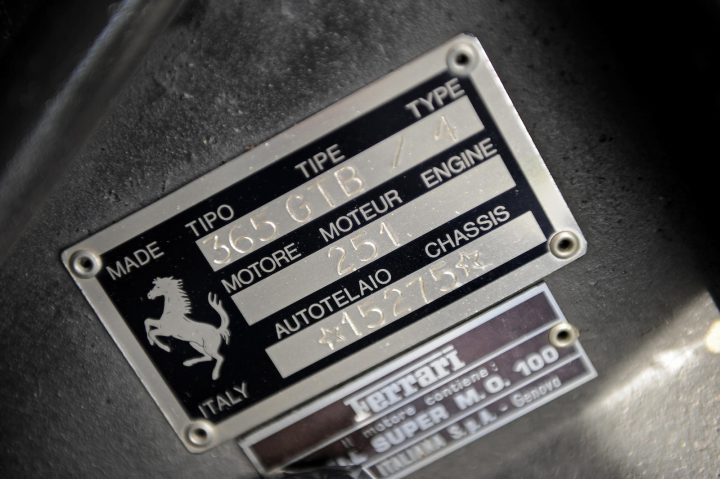 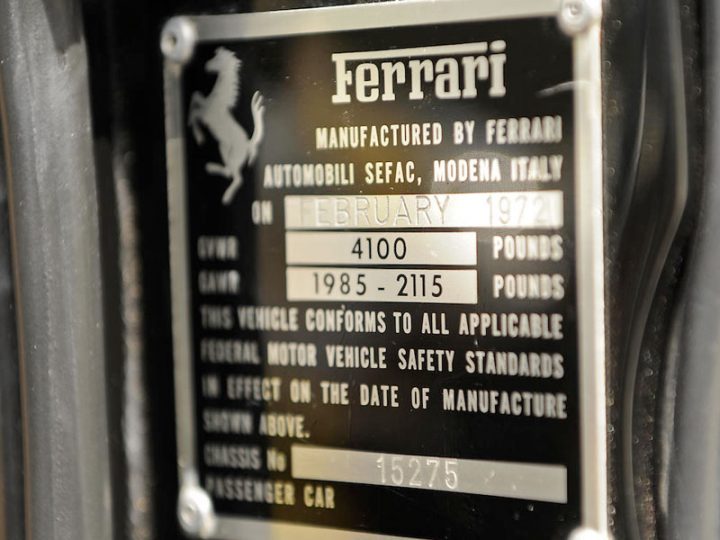