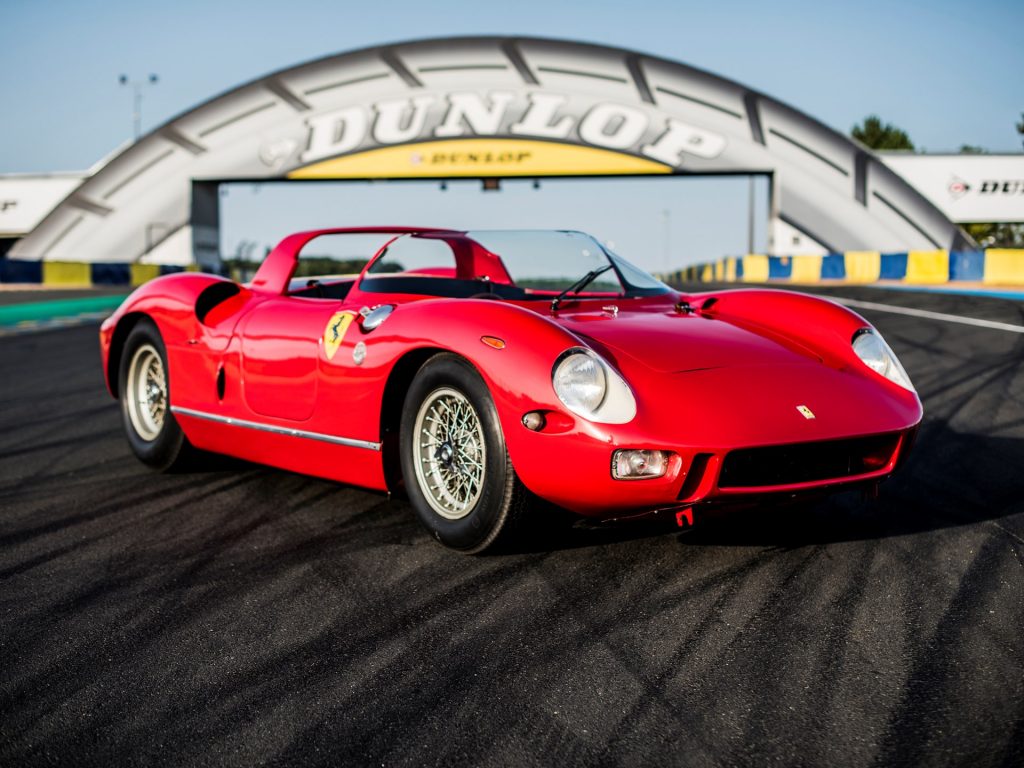 Chassis 0816 was born a Ferrari 250 P, the very tip of Scuderia Ferrari’s spear of sports racing cars for the 1963 season. Its chassis began construction in February 1963 at Gestione Sportiva, Scuderia Ferrari’s own racing department. Stamped with the chassis no. 0816, it was fitted with a new Tipo 128LM/63 twelve-cylinder engine mated to a Tipo 564 gearbox. Upon completion in April, it was sent to Fantuzzi for its spider bodywork and then returned to Maranello, ready for the 1963 season.
Care of comprehensive research with the archives of Ferrari Classiche, exciting new information has been uncovered regarding the true history of 0816. While its 1964 victory at Le Mans has been known for decades, the same cannot be said for its initial competitive outing. The reason for this is tied to its sister car, 0814, which was previously credited with winning Le Mans in 1963.
In May of 1963, chassis 0814 was sent to Germany to compete in the 1,000-kilometer race at the Nürburgring. There, during a practice session, the car was severely damaged in an accident. It was shipped back to Ferrari, but the Scuderia was given a tall order to repair the car in time for Le Mans.
In advance of the race and the accident at the Nürburgring, Ferrari had already submitted paperwork to the Automobile Club de l’Ouest (ACO), formally entering three new 250 Ps as Works entries: chassis nos. 0810, 0812, and 0814. As the 24 Hours of Le Mans approached, it became clear that the repairs on 0814 would not be completed in time. Rather than leave one of their Works entries unused, Ferrari transferred the identity of 0814 to 0816. Entered as “0814,” it was in fact 0816 that was shipped to France to compete in the race. There, it was allocated #21 and paired with Ludovico Scarfiotti and Lorenzo Bandini as its drivers.