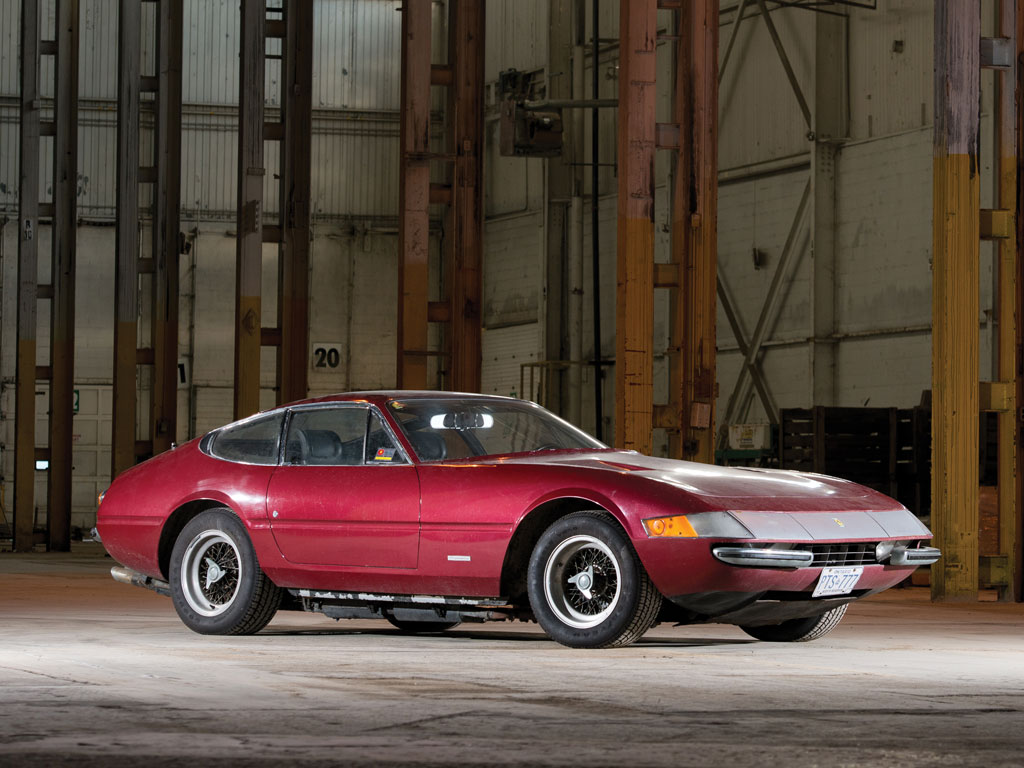 Every big city has its legends, and among the car guys who gather at bars after work and in suburban garages, those legends spread like wildfire. The single-owner Corvette still in the widow’s carport. The Duesenberg still in the original family’s carriage house. Most of those are, of course, just fun rumors.

On the other hand, urban legends are sometimes true.

The story told here belongs to one such legend, which has become known as the “Condo-Find Daytona” or, due to the eight-track tape of disco rock still stuck in its K-Tec player, “the Disco Daytona.” For the last 25 years, it has been hidden in plain sight, tucked away in the corner of a parking garage in downtown Toronto, where it has been up on blocks and under a cover, with -35 antifreeze in its radiator. It is offered here directly by its first and only owner, Patrick Sinn of Toronto, and as is often the case with someone who has owned a car since new—for 44 years in this case—he tells the incredible story best.

The year was 1971. I had just finished skiing in Chamonix, France, and I went to Geneva to catch a flight home. I was waiting in the airport for the flight to take off, and it was delayed, so I had the whole day to stand in the airport doing nothing. I heard about this Geneva International Motor Show, so I said, “Why don’t I just go there and check out the new models?”

When I got there, Ferrari had a display of two Daytonas and a 246 Dino. That was the first time I set my eyes on the Daytona, and I fell in love with it. I sat in the car, walked around it a million times, and said to myself, “I want to buy one.” So I talked to the salesman at the motor show and asked him, “How can I buy the Daytona?” He said, “Well, you can go to any Ferrari dealership and place an order.” I said, “Well, since I’m in Europe, I’m not going to wait. I’m going to go to the factory and just order a car—that’s the quickest way—and that way I can pick the color, options, and what have you.”

So, instead of flying home from Geneva to Toronto, I canceled my flight and bought a ticket to Milan. When I got off at the Milan airport, I rented a car and drove it all the way to Modena, where the Ferrari office is. I went into the office and told the gentleman inside that I wanted to buy a Daytona.

He introduced me to a Mr. Boni, who was the sales manager, and he showed me the list price, options, choice of color, and upholstery. I signed a contract with them to buy a Daytona and picked Bordeaux Red with a metallic base, because I liked that color, and I also picked the two-color upholstery that I like. They told me I had to come back in the summer, when the car was ready. I told them, “I want to come here, take the car out of the factory, and drive it in Europe for a while before shipping it back.” They said, “Fine. We will fit you with an EE license plate so you can drive it anywhere in Europe.”

Approximately $18,000 US later, plus a little bit more money for spare parts, because I wanted some spares for tune-ups and brake work, I left Ferrari with a deposit.

In July of 1971, they told me that the car was ready, so I flew over to Milan and got down to the factory and took possession of the new Daytona.

When I first drove from the factory to Geneva, almost all the way on the autostrada, I stayed at the InterContinental Hotel in Geneva. While relaxing by the poolside, I was showered with admiration from strangers from all over Europe, wanting to talk with me about the shiny Daytona. It appeared to me that Europeans, in general, knew more about Ferraris than North Americans. I quickly made new friends around the pool. They liked to get a ride in my car, and in return, they showed me around town, took me to restaurants and discotheques, and we all had a good time enjoying our new friendship. After that, I drove on the autobahn to Zurich and received a wonderful reception at the Dolder Grand Hotel.

After Europe, and about a month of driving, I left the car at the factory for them to do the first oil change and check out the engine before they shipped it over to North America. I drove it south to Marseilles, where I was catching the QE 2, sailing from Marseilles to New York. They let me put the car on the ship and store it below-deck, so that when I got off in New York, I could drive it home to Toronto. Every couple of days, I would go below-deck and look at the Ferrari, just to make sure there was no seawater damage!

Of course, they told me at the border that I could not import this car into Canada, because it did not meet all the safety and pollution requirements of a foreign import. I tried to convince them that it was a one-off and not really causing any environmental damage, and after haggling with them for a while, they just let me go, although I had to put up some kind of bond to clear customs. I guess in those days, 1971, there weren’t too many foreign imports, and certainly not enough for them to worry about.

In 1989, my dad passed away, and I had to rush to Hong Kong to take over his shipping business with my two brothers. Because I had to leave in a hurry, I just put the car up on blocks, covered it, and left, thinking, “I’ll be back in a few months.” But things didn’t work out that way, because after the funeral, there were a lot of estate matters to be resolved, so I ended up staying in Hong Kong for the next six years. I finally got back to Toronto, where I was very involved in real estate and very busy. As I already had a Mercedes-Benz 280 SL and a Ford to drive, I didn’t need to drive the Ferrari.

After a while, while looking at the car sitting in my garage, where they wash down the floors four times a year, I noticed that it was beginning to lose its shine. I had two choices: I could spend big money to restore it, or I could sell my beloved toy and let somebody else enjoy it. I opted for the latter, realizing at 77 years old that I would not be enjoying the car as much as I used to, because I had other priorities in life. So why not let another Ferrari aficionado enjoy it?