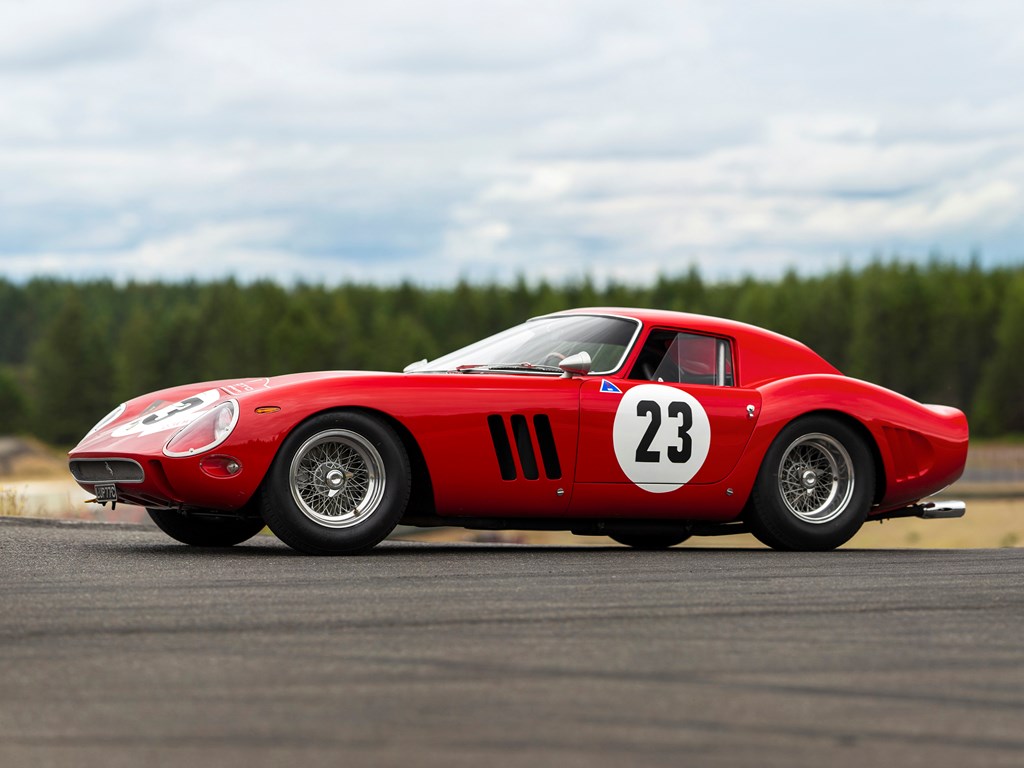 The Ferrari 250 GTO sn 3413GT, is the third of the 36 examples built and began its life as a Series I car. Under Ferrari factory use, the GTO was a test car driven by Phil Hill for the 1962 Targa Florio road race. The car was then sold to its first owner, one of Ferrari’s most favored privateer customers, Edoardo Lualdi-Gabardi. The Italian gentleman racer entered the GTO in 10 races in 1962, winning all but one (in which he placed 2nd in class) and securing him the Italian National GT championship that year. Lualdi-Gabardi’s incredible track success with the early GTO, right out of the gate, contributed significantly in cementing what would become the GTO legend and legacy as known today.
Mr. Lualdi-Gabardi received a second GTO in 1963 and sold chassis no. 3413 to then race car driver Gianni Bulgari, who went on to lead the renowned Bulgari jewelry company from the 1960s to the 1980s. Under both Bulgari and subsequent owner Corrado Ferlaino’s ownership, the GTO handily won its class in the 1963 and 1964 Targa Florio. The car contested a total of 20 races in period, never involved in an accident, and not once failing to finish. A rare case and incredible feat for any race car, it retains its original engine, gearbox, and rear axle, as well as its factory Series II body, in which it was clothed by Carrozzeria Scaglietti in 1964.
Following its racing career, the GTO has passed through an unbroken chain of ownership that includes some of the most prominent Ferrari collectors in the hobby. In 2000, it was acquired by current owner Dr. Greg Whitten, Chairman of Numerix, avid collector car enthusiast, and former chief software architect at Microsoft. Under Dr. Whitten’s ownership, the GTO has competed in vintage events around the world over the last two decades, as well as four of the lauded GTO anniversary tours