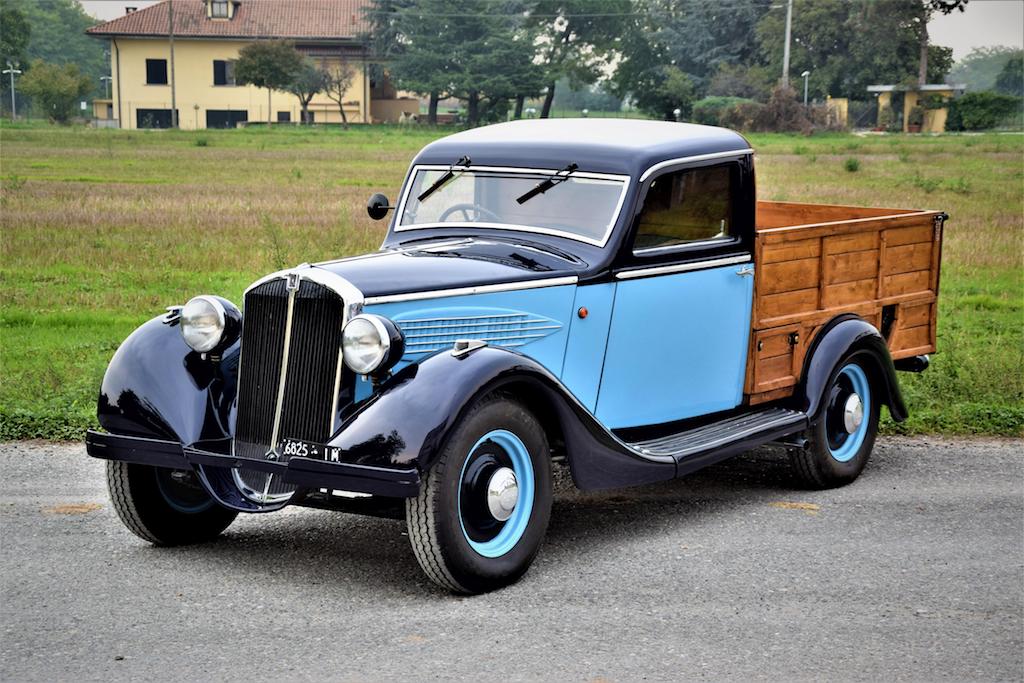 This car was discovered by a cycling enthusiast in the 90s at a scrap merchant from Imperia in Italy, who wanted to use it as the assistance car for the Milan – San Remo race. Bianchi was indeed a high-quality motorcycle and bicycle manufacturer and was apparently using their cars to follow cycling racing events at the time. The restoration project doesn’t seem to have succeeded, as the current owner then acquired this Bianchi as it was on the east coast of Italy. The car’s chronological record, issued by the Automobile Club of Italy, demonstrates that it probably remained all its existence in Italy before its registration title got cancelled in 1983. It benefited from a particularly careful restoration since then, documented through a file of pictures during which engine and brakes were restored, as well as the driver’s cockpit now featuring a two-tone blue colour. The rear compartment was completely redone by a cabinetmaker who rebuilt the loading surface with its side panels and its back door. This quality workmanship perfectly brings out the value of this small van, symbol of a mark much appreciated in Italy.