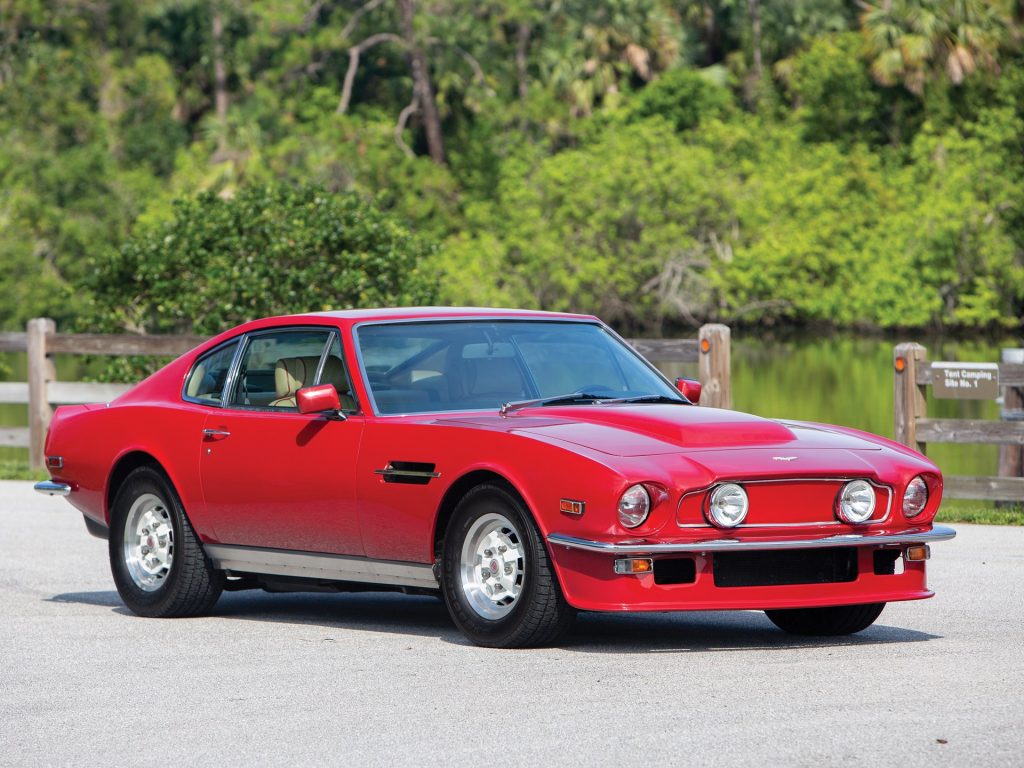 To Aston Martin enthusiasts, the name “Vantage” refers to models that have been ordered with an uprated engine – an option that began with the DB2. However, when the V8 Vantage was unveiled in 1977, the Vantage name was being used differently – as a distinct model, separate from the V8 Saloon that had come before it.
Although the first 16 cars were built with the same bodywork as the V8 Saloon, some aerodynamic elements such as a front air dam, grille blanking plate (which provided better cooling at high speed), and a “fliptail” rear end were added to reduce lift and drag. On these cars, the fliptail was bolted on after the body was built – leading these first cars to be named ‘Bolt-On’ Vantages. After these 16, however, production changed, and the remaining cars were made with an integrated tail. These integrated or ‘Molded Fliptail’ Vantages proved highly desirable due to a smoother look and more aesthetically pleasing appearance.
Beginning in 1978, the V8 Vantage was available to the U.S. market; however, due to emissions regulations, the engines on these 11 examples were required to be low compression and lead free. Fitted with the LFM engine, these V8s are commonly referred to as ‘Cosmetic Vantages’ due to their downrated engines.