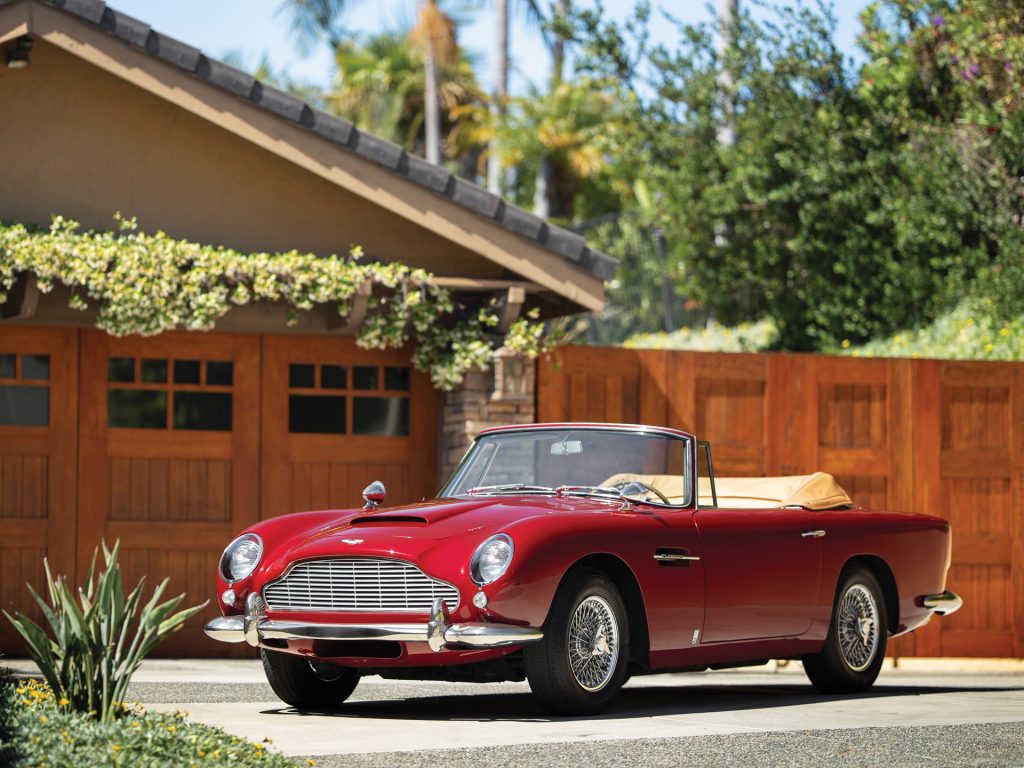 The most well-known DB5 is, of course, that Silver Birch super-spy saloon often seen screaming across movie screens worldwide. But James Bond’s DB5 was just a standard saloon model, one of nearly a thousand. For a rarer, higher-performance DB5, those in the know look toward the DB5 Vantage convertible. With just seven ever made, this model comes in at one of the rarest Aston Martin’s available – and it is not sore on the eyes, either.

The high-performance, Vantage-specification DB5 did not make its first appearance until September 1964. The prototype, DP217, bore the chassis no. DB5/1451/R and came fitted with triple Weber twin-choke, side-draft carburetors along with the five-speed gearbox. The Aston Martin sales brochure for the DB5 Vantage quoted power output at 325 bhp at 5,750 rpm, some 40 bhp more than the standard engine, an exhilarating increase.

According to the aforementioned factory information, Vantage upgrades further included flow-tuned intake manifolds providing a “ram” effect, the cylinder head featured extra-large ports, valve timing was modified, and ignition timing was advanced for extra power and a flatter torque curve. A vacuum reservoir was also added to the power-assisted brake system. As expected, the DB5’s reflexes were sharpened considerably in Vantage tune, particularly with 0–60 times dropping to just 6.5 seconds.

Appropriately, any original Vantage-specification DB5 is a rare and highly desirable GT with immensely satisfying driving dynamics. However, the stellar example offered here, chassis no. DB5C/1924/R, is far more so as it is one of the seven Vantage convertibles originally produced. Completed on 1 April 1965 for the home market and dispatched five days later to its selling dealer J. Blake and Company Limited, DB5C/1924/R is indeed an authentic, factory Vantage convertible.