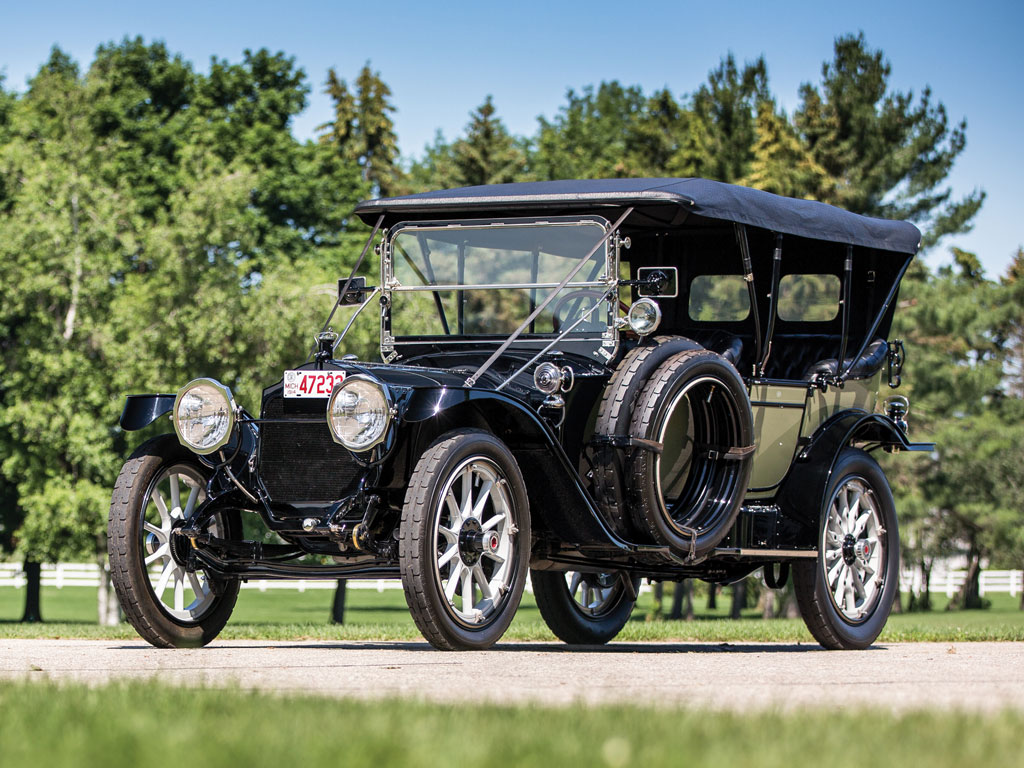 The 1-38, introduced in December 1912, was Packard’s second six-cylinder model. It had an L-head design with cylinders cast in pairs, rode on seven main bearings, displaced 415 cubic inches, and developed 60 brake horsepower. It was the first Packard car to have left-hand drive and an electric start, with the latter provided by a Delco starter-generator of the type developed by legendary engineer Charles Kettering. 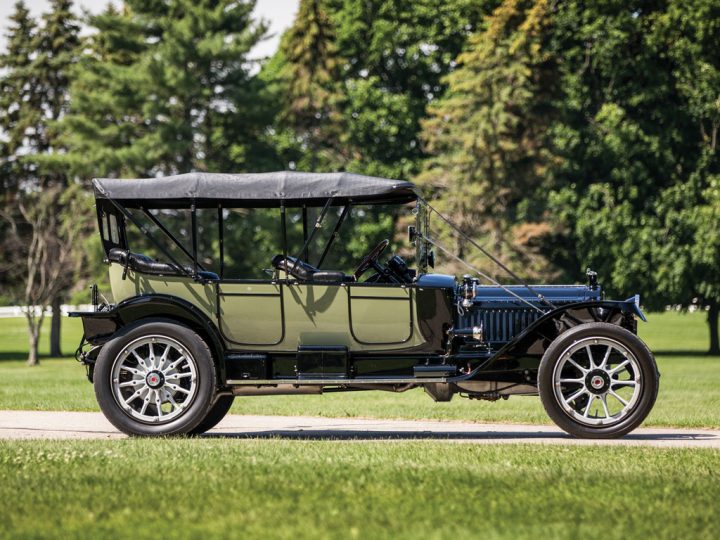 A notable feature of the 1-38 was a control unit that was attached to the steering column. The unit was the brainchild of chief engineer Jesse Vincent, who would later be responsible for Packard’s Twin Six and Liberty aircraft engine. It had an ignition lock; switches for the ignition, lights, and horn; and a mixture control for the carburetor. This placed most controls within easy reach of the driver, leaving the instrument panel free for instruments alone, save for a carburetor primer used for starting.

Packard historian John Grundy records only 12 surviving examples of this most impressive automobile, of which only three are Five-Passenger Touring models. 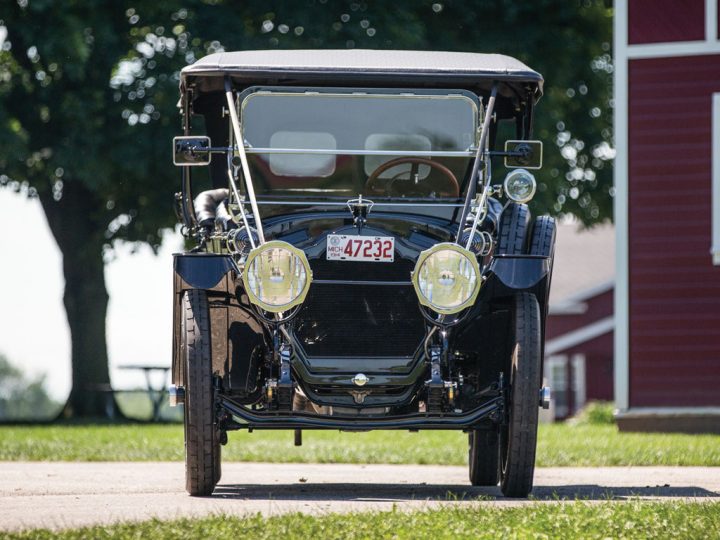 Car number 39441’s earliest known ownership was by Herbert Benri, of Brooklyn, New York, who registered it there in 1918. At some undetermined point, it was acquired by Richard C. Paine, the famous collector and founder of the Seal Cove Automobile Museum on Mount Desert Island, Maine. Mr. Paine was renowned for choosing the finest original and unrestored Brass Era automobiles for his collection, and, indeed, photographs of this car taken during his ownership document its well-preserved originality, including the vast majority of its original finishes and trim. Unfortunately, records kept on the acquisitions for his collection are notoriously scant, so it is not known from whom he acquired the car.

The Packard was traded by Mr. Paine in the late 1980s to another well-known collector, the late Matt Browning, of Ogden, Utah. Mr. Browning began a restoration with the well-known Barry Keating of Classic Crossroads in Salt Lake City. Extensive photographic records of the restoration work are on file, demonstrating once more the car’s excellent condition prior to the beginning of the work. Nonetheless, in the pursuit of perfection, it was seen as necessary to install all-new aluminum fenders, made by California Metal Shapers, as well as new demountable rims; the majority of the bodywork, mechanical components (including engine), and trim remain original and have simply been rebuilt or refinished. The paint was refinished in the proper color combination of Black and Olive Green, with black fenders, belting, chassis, and running gear, and it was fitted with button-tufted black leather upholstery under a black top. 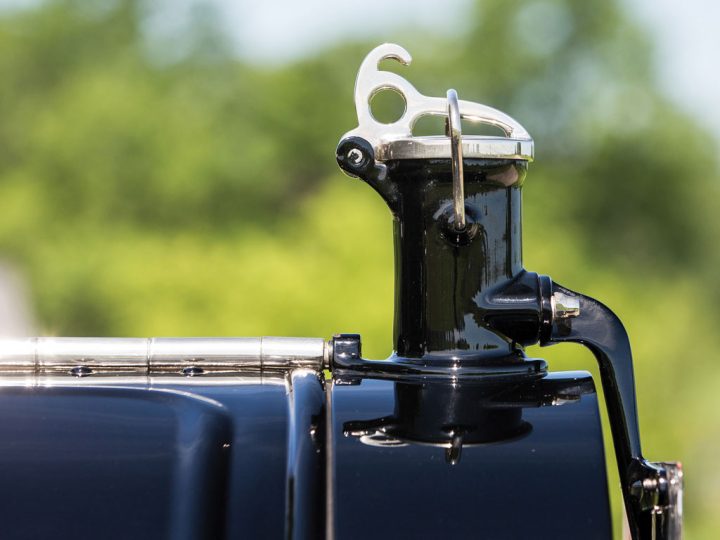 Following Mr. Browning’s passing, the Packard’s restoration was completed under the auspices of his family by Clyde Wade & Sons, of Reno, Nevada, after which it was sold at his famous estate auction in 2000 to Charles Nearburg, of Texas. In Mr. Nearburg’s ownership, the restoration was further extensively sorted and freshened by the famous California craftsman Bob Mosier, including additional mechanical work, such as repairing the transmission case; installing new gears, shafts, and bearings; and rebuilding the water pump, magneto, and carburetor, among other components. A new gas tank was fabricated, and a great deal of electrical work was completed. At the end of this painstaking and fully detailed work, the Packard was displayed at the 2010 Pebble Beach Concours d’Elegance, earning 2nd in Class, and then was driven on the Paso Robles Brass Car Tour. 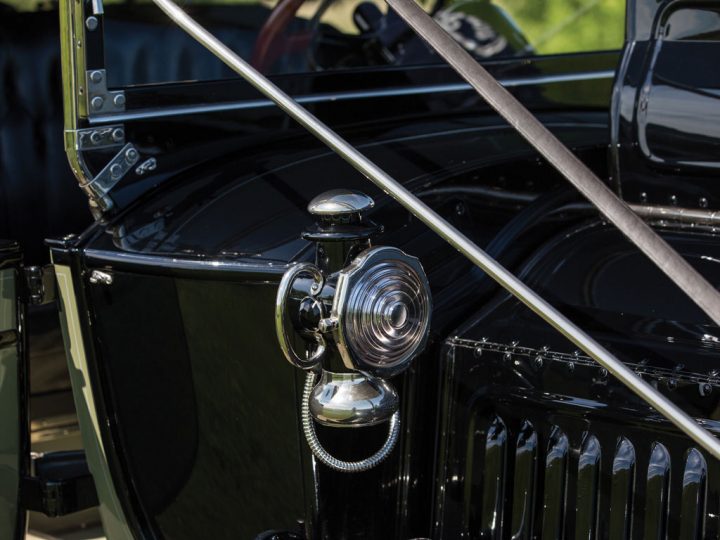 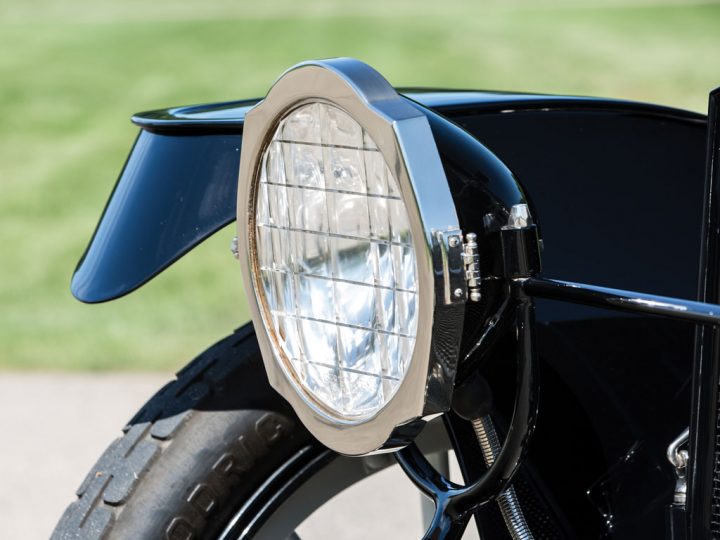 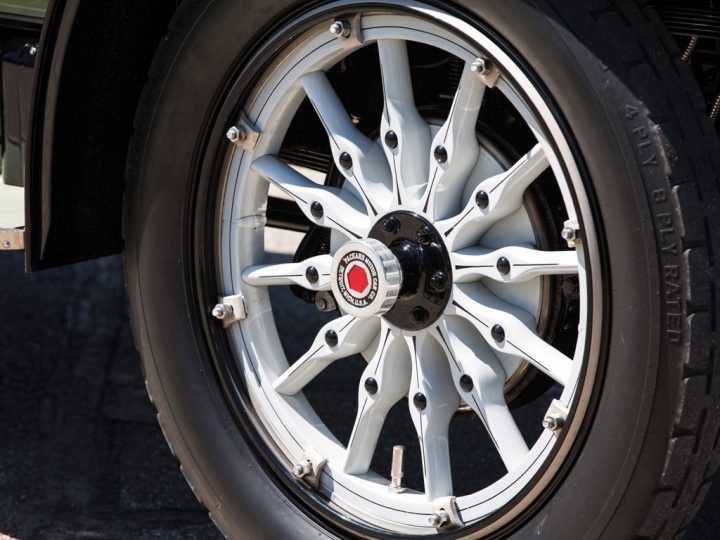 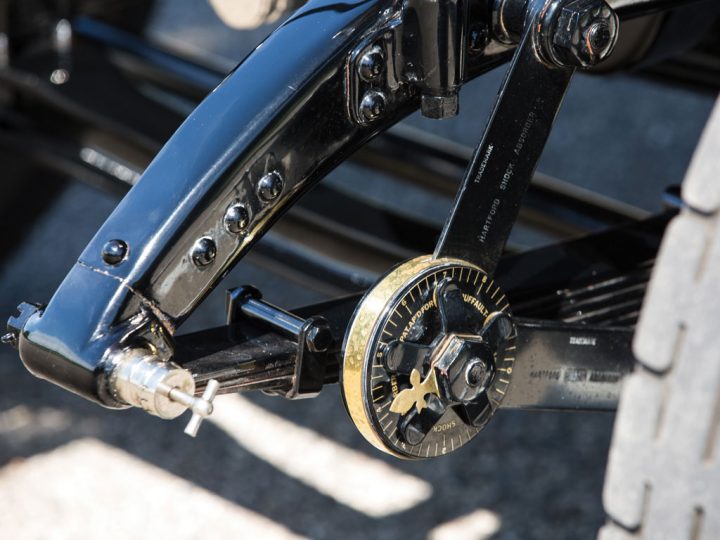 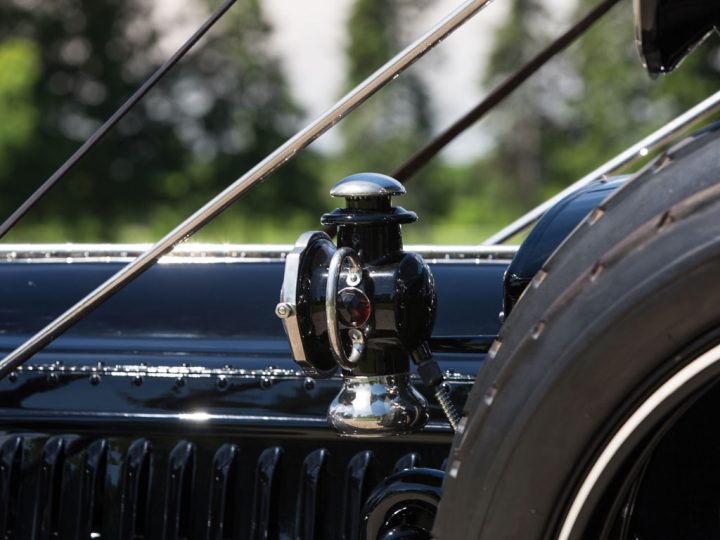 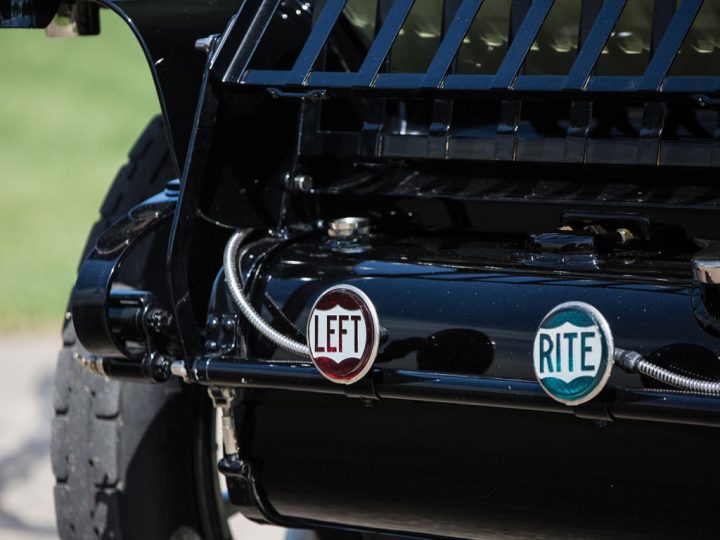 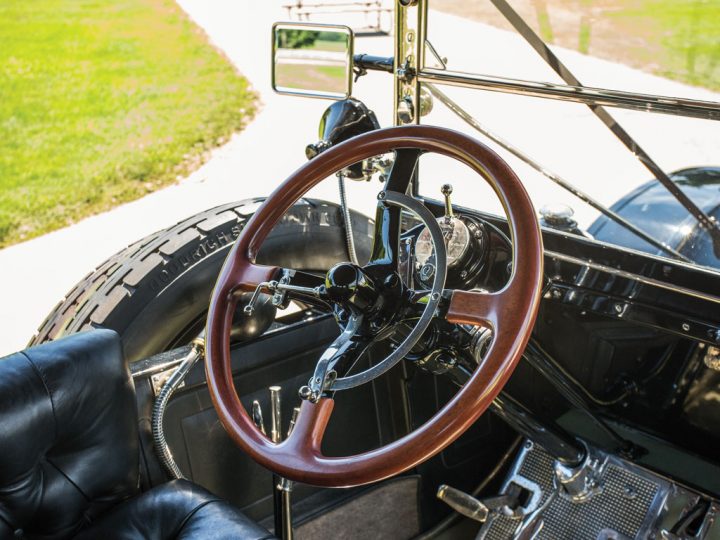 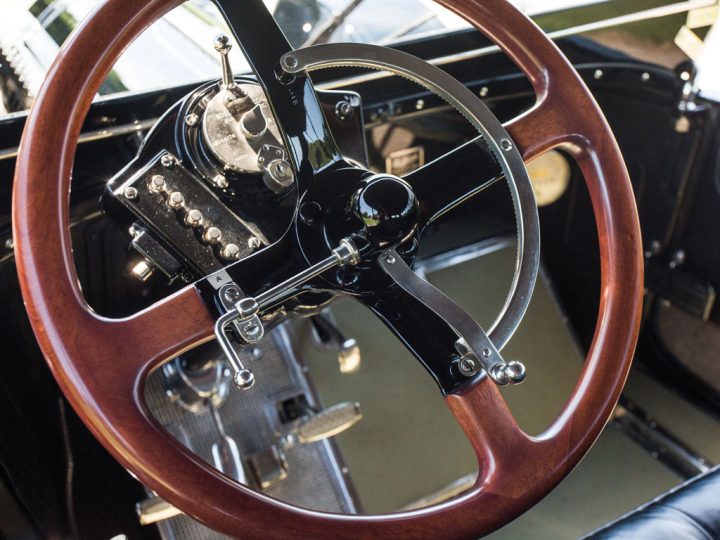 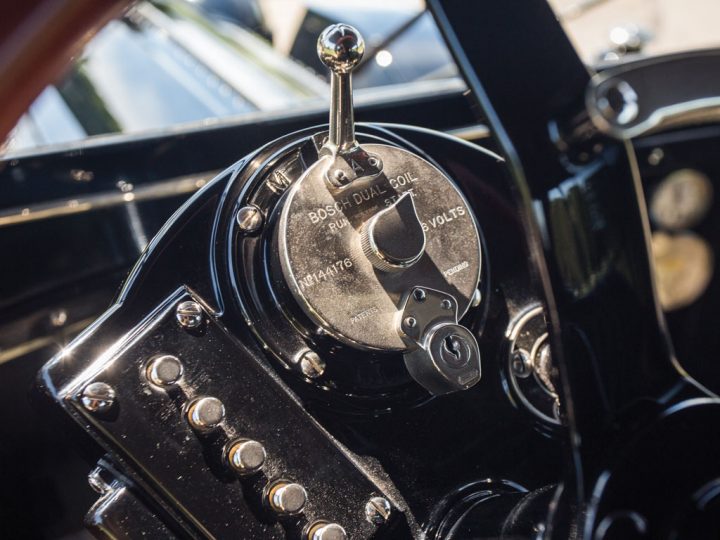 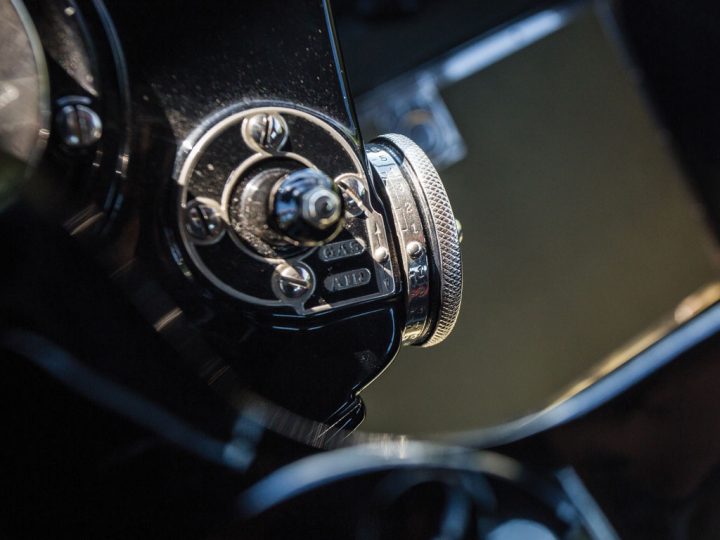 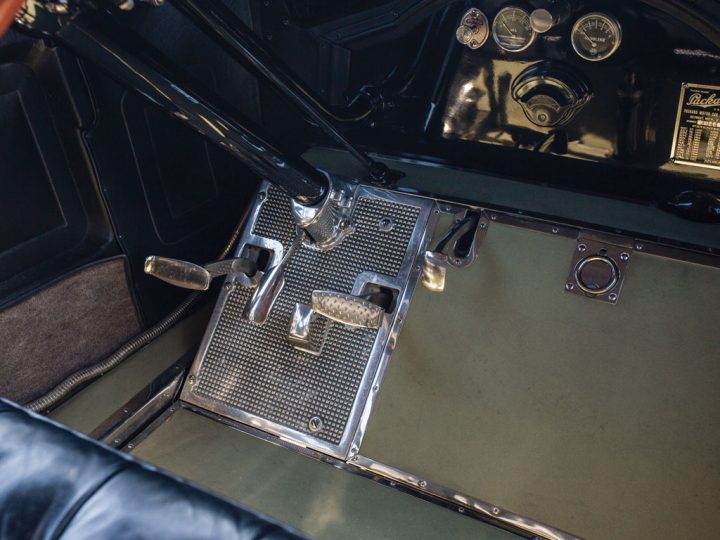 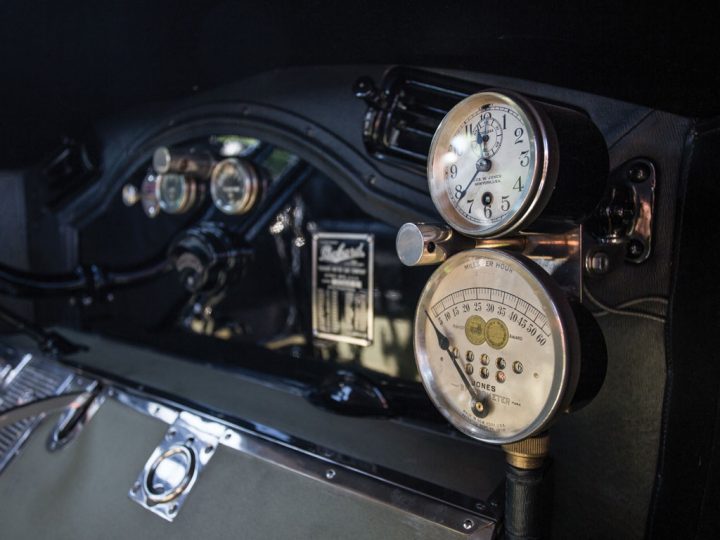 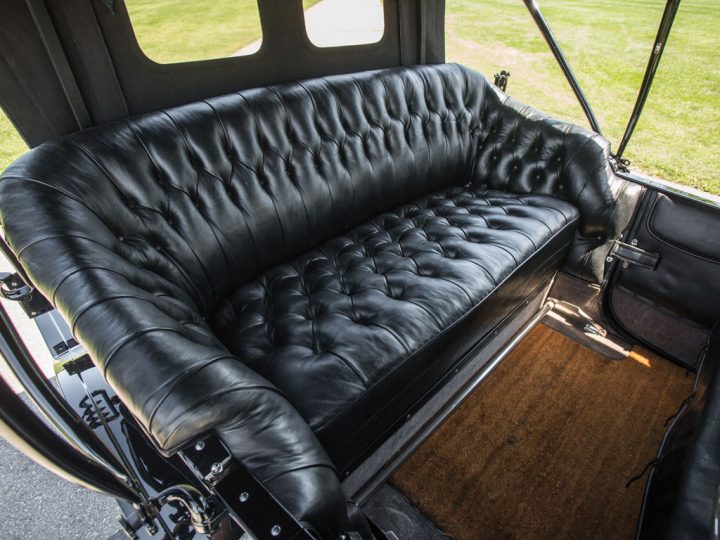 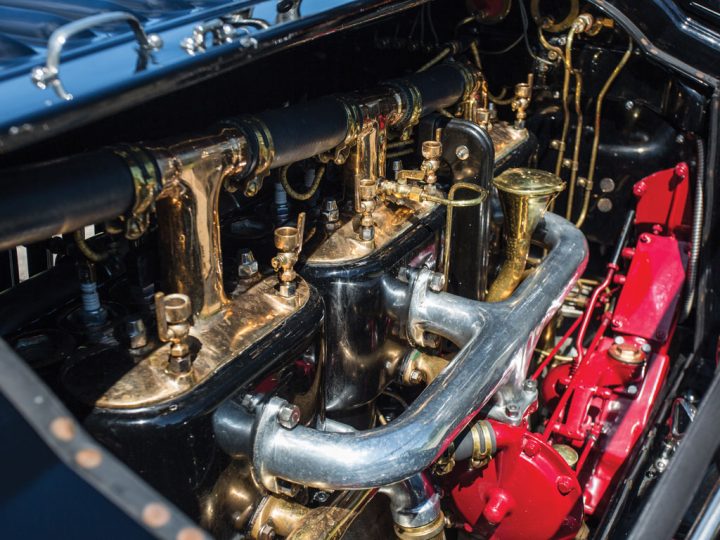 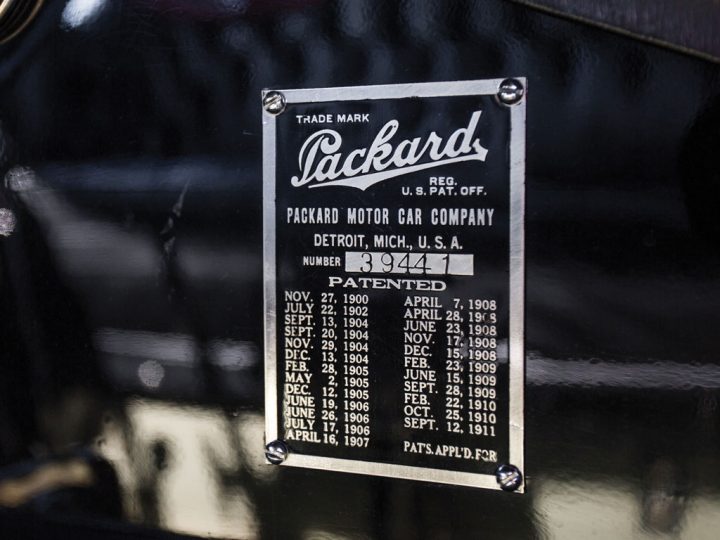