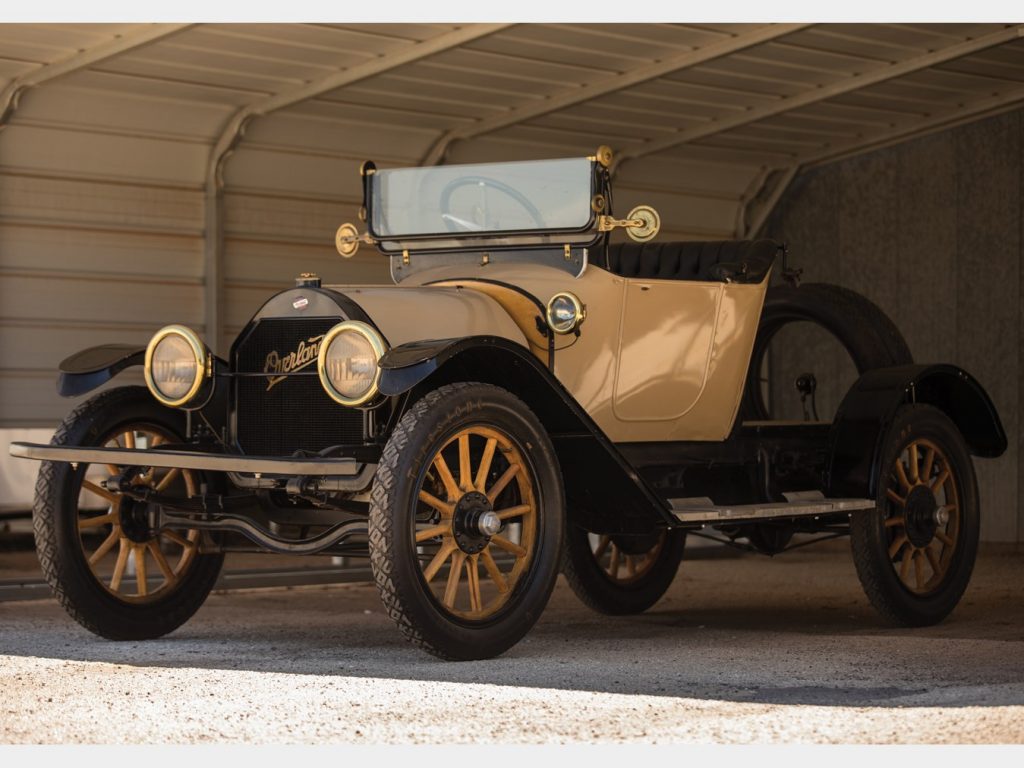 Turnarounds in the automobile industry are nothing new. Even before 1910, there were rescue efforts aimed at foundering car companies. A prime example was the Overland Company of Indianapolis, Indiana. Charles Minshall and Claude Cox collaborated in 1903 to build a small runabout they christened “Overland,” appropriate to its intended purpose. A fairly advanced automobile for its day, it had a single-cylinder engine in front, two-speed planetary transmission, and jump-spark ignition. Sales increased encouragingly, but profits were elusive. By 1907, the company was in crisis.
To the rescue came John North Willys, their Elmira, New York, dealer. Unable to get cars from the factory to fulfill his many orders, he went to Indianapolis to investigate. Willys was not only a brilliant salesman, he was a good manager as well. Within months he had production humming again, assembling cars in a circus tent because orders exceeded factory space. By 1910, Overland was the third-best-selling car in America, after Ford and Buick. It would soon rise to second place.
This 1914 Model 79 Overland began life as a five-passenger touring car. It has been restored, but the tonneau section appears to be missing. The work is well done, with tan body over black fenders, and the interior is done in black buttoned leather. Although generally clean, the car has not run in some time, and the condition of the engine reflects this. A thorough recommissioning will be required to return this car to the road.
In 1914, Overland was in the third season of a seven-year reign as 2nd-place challenger to Henry Ford’s Model T. Completion of this car’s restoration will underscore the reasons why.