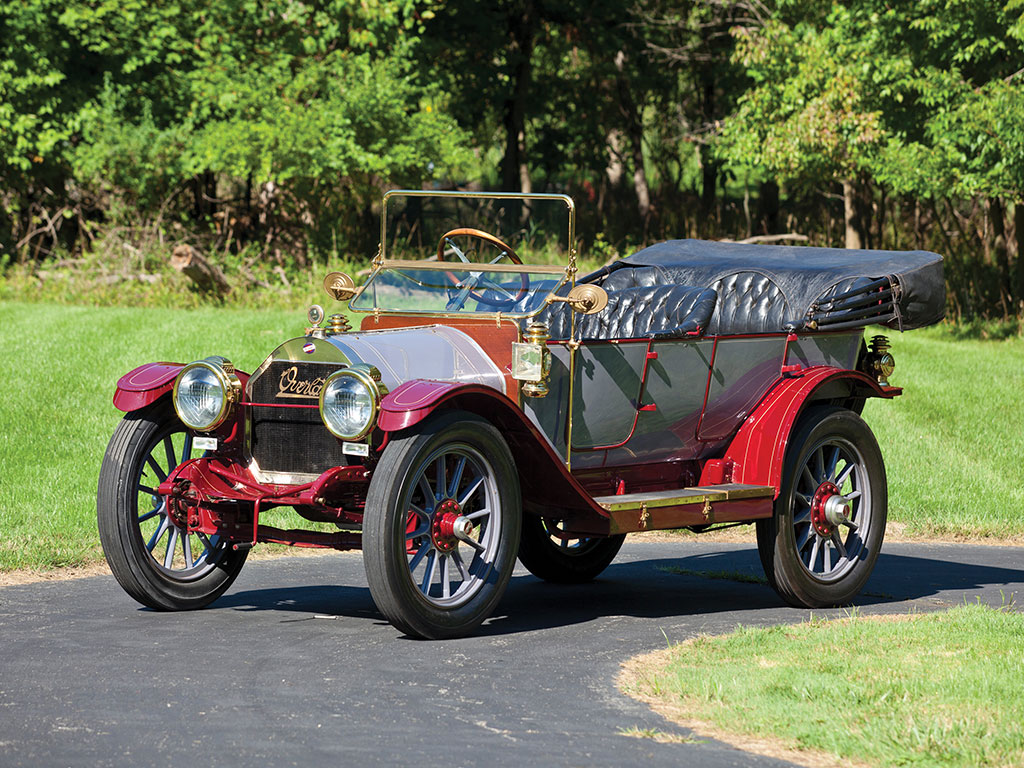 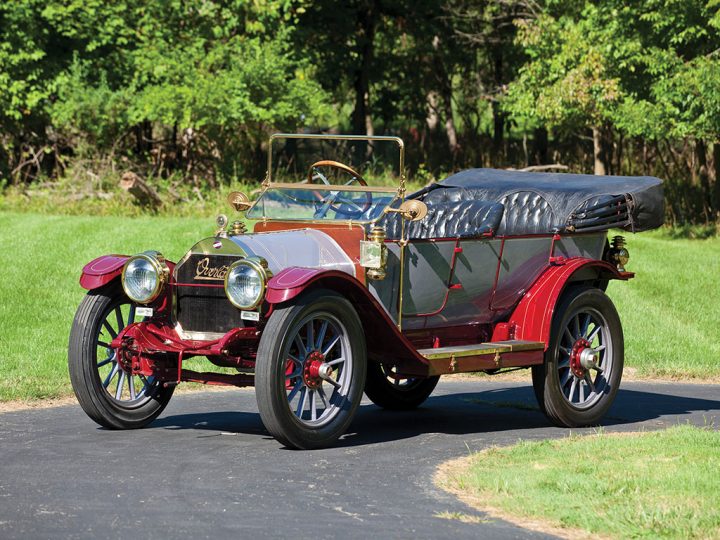 The story of Overland is a roller coaster ride typical of many of our nation’s early automobile manufacturers. It was advanced for its time; for example, early models featured a removable ignition plug that prevented auto theft when left unattended. However, the firm was in danger of collapsing by 1907. John North Willys, a dealer from Elmira, New York, had a $10,000 deposit on an order of 500 cars. To prevent himself from losing the sales he had generated, he stepped in and assumed management of the struggling company. The newly reorganized Willys-Overland Company oscillated between the verge of bankruptcy and years of multi-million-dollar profit, and production continued until the 1930s. 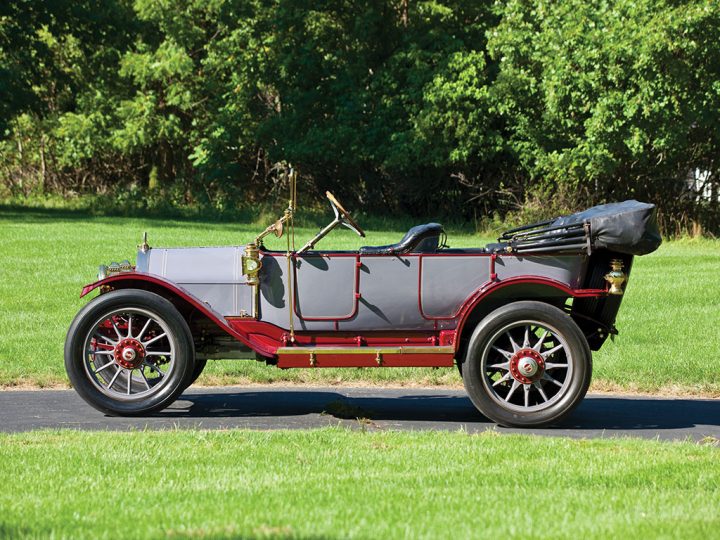 The car presented here, a 45-horsepower Model 61T, represents the largest Brass Era Overland made up to this time, and according to the owner is one of seven examples known to survive, distinguished by the tool boxes incorporated into the running boards. Originally restored in the 1960s, it was subsequently acquired by the well-known Brass Era enthusiasts Wendell “Ohlly” and Marilyn Ohlendorf, who had admired it on a Glidden Tour. It was eventually sold in 1979 to Don and Nancy Sonicsen of Illinois, who continued to tour with it for the next 25 years. The current owners acquired the car from Mrs. Sonicsen in 2008. 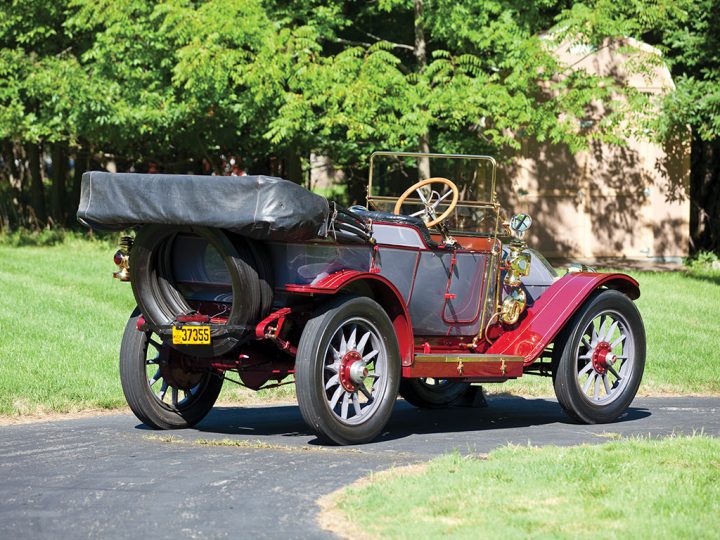 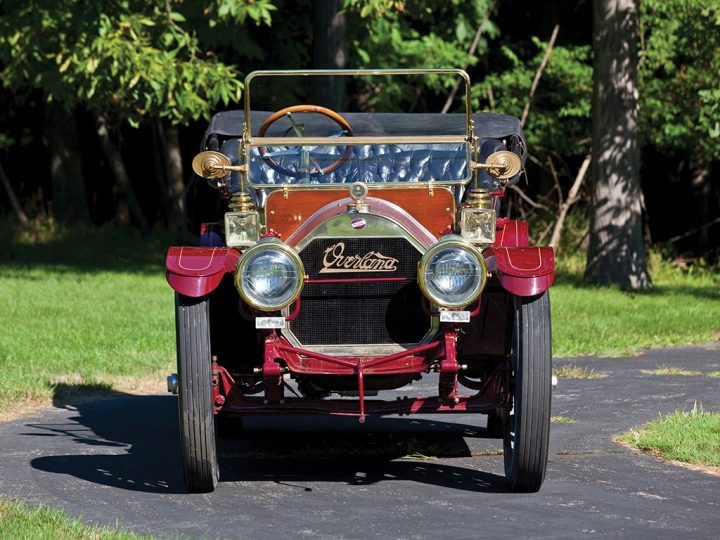 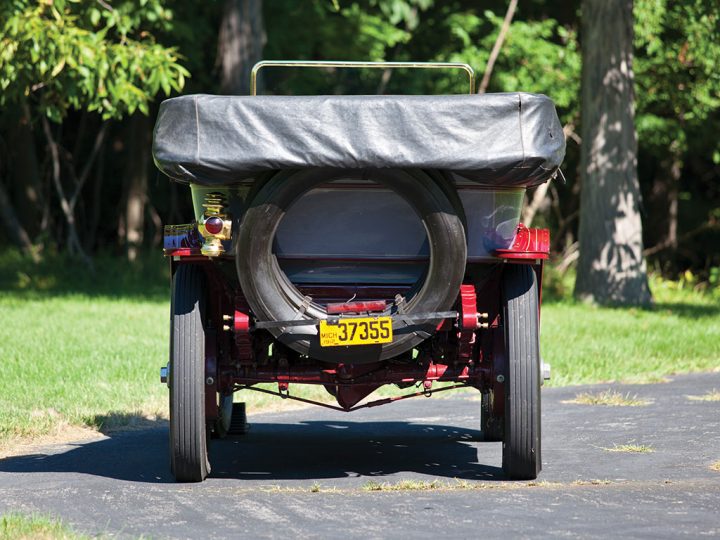 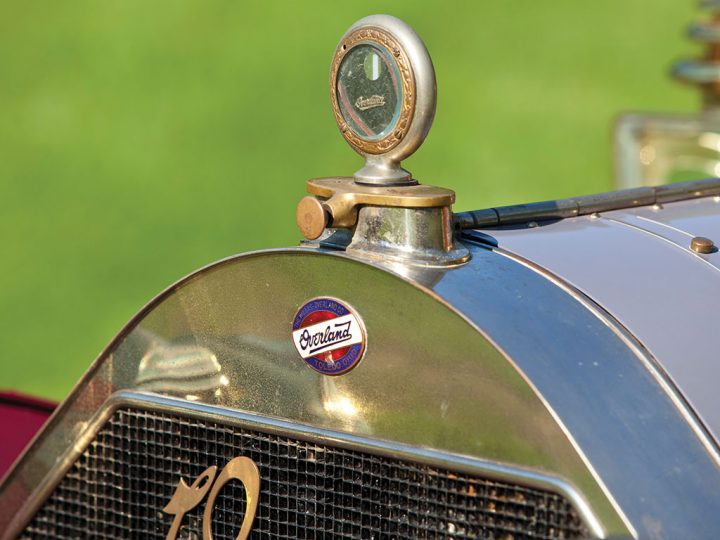 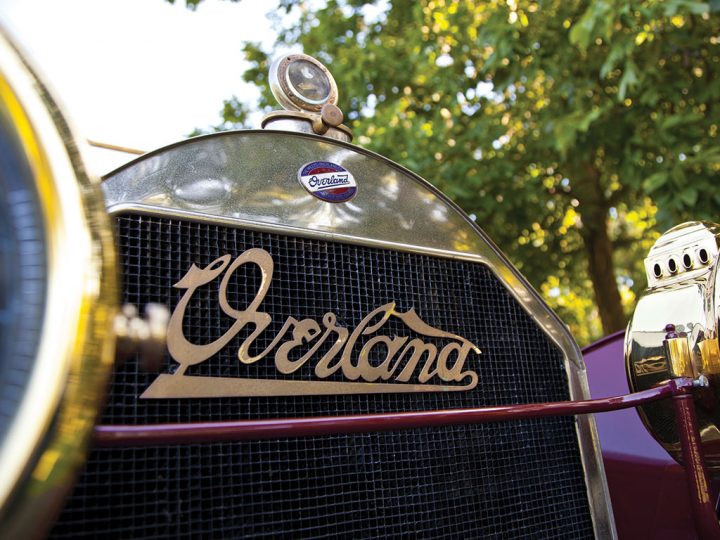 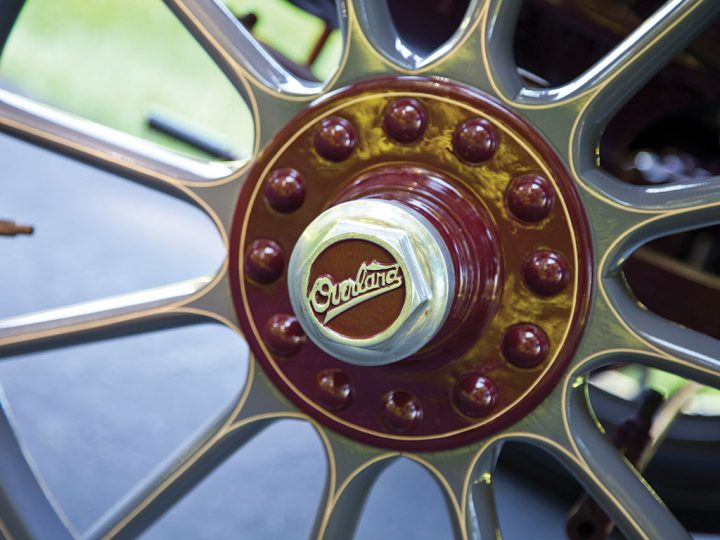 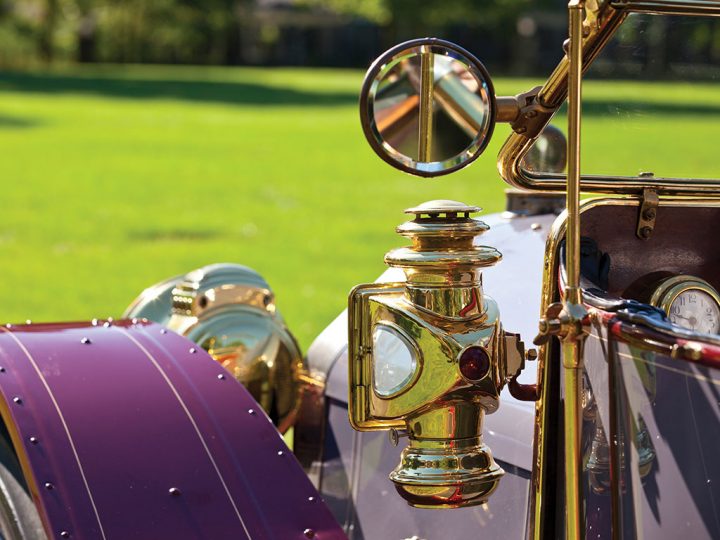 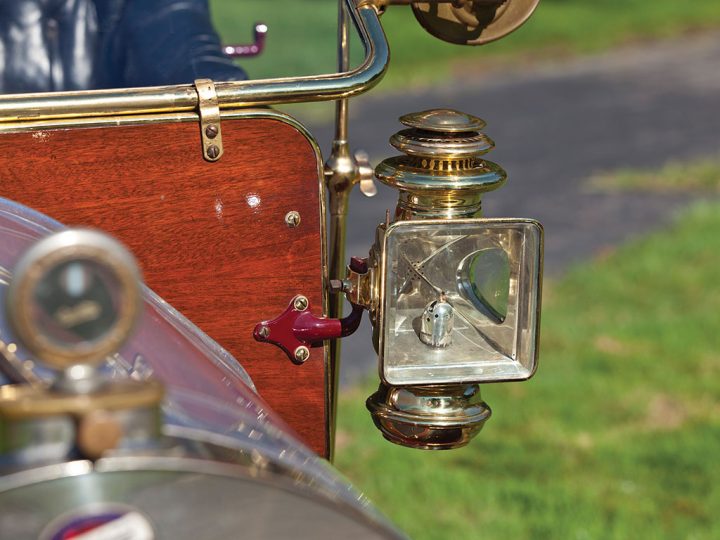 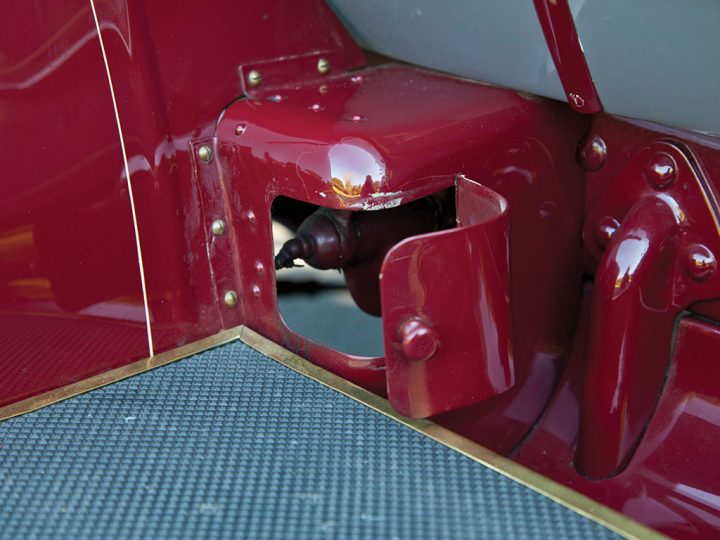 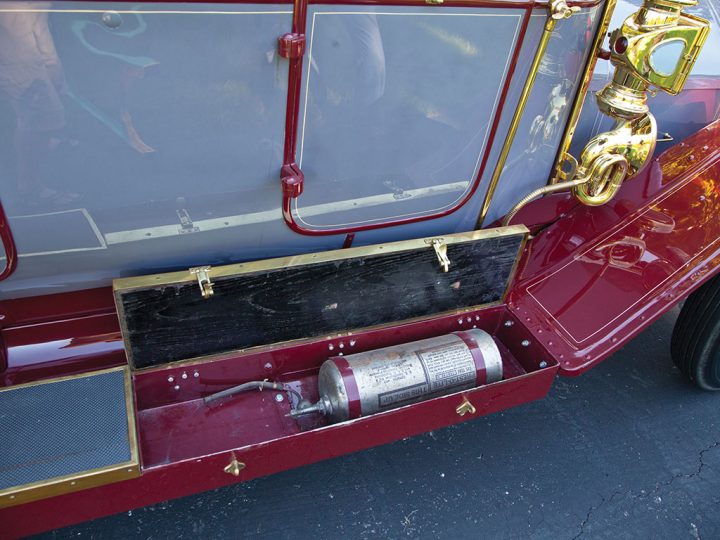 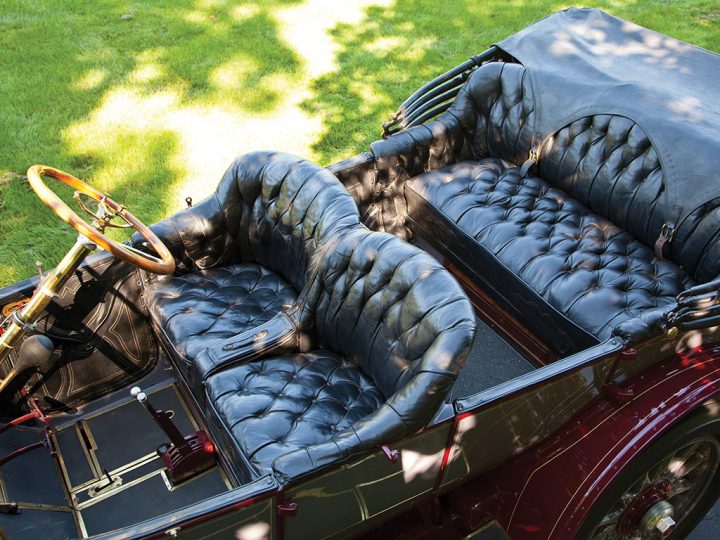 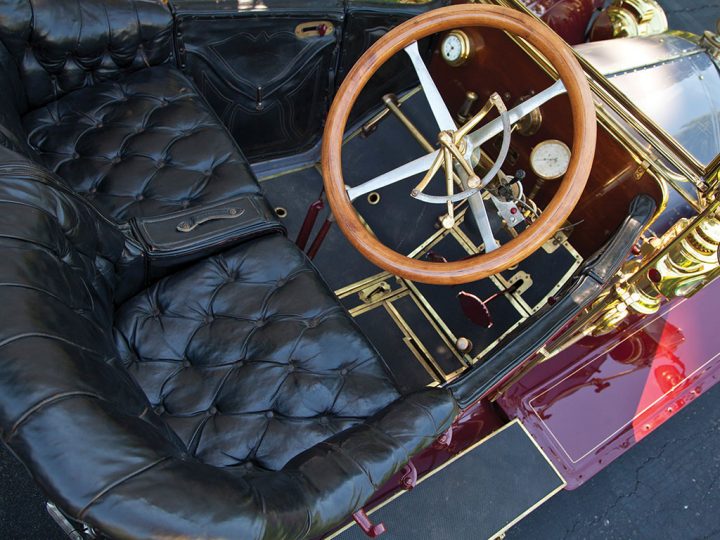 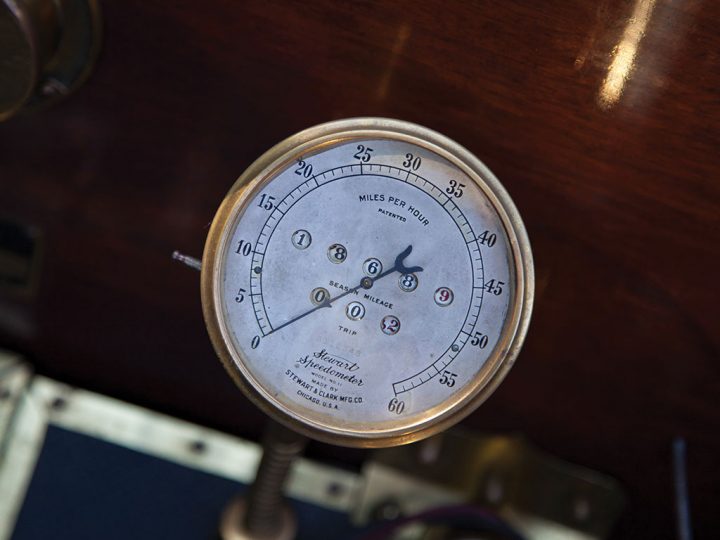 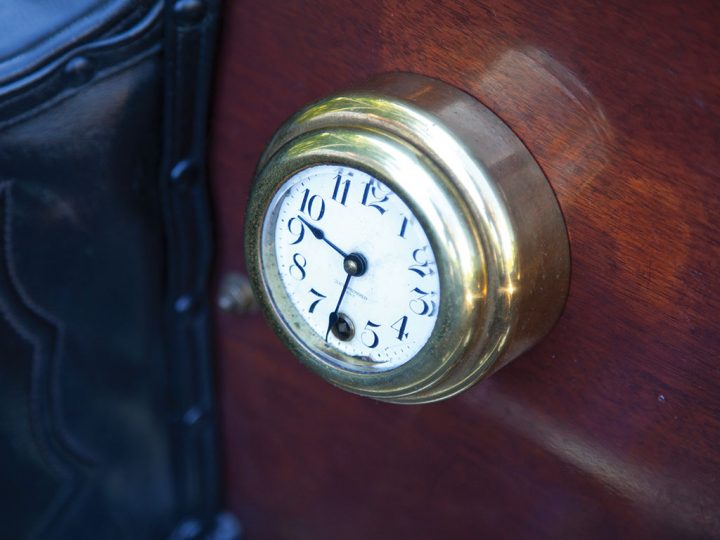 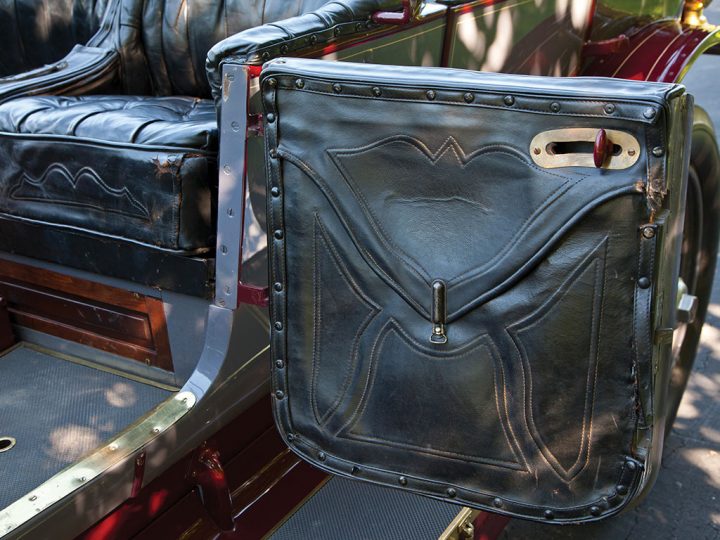 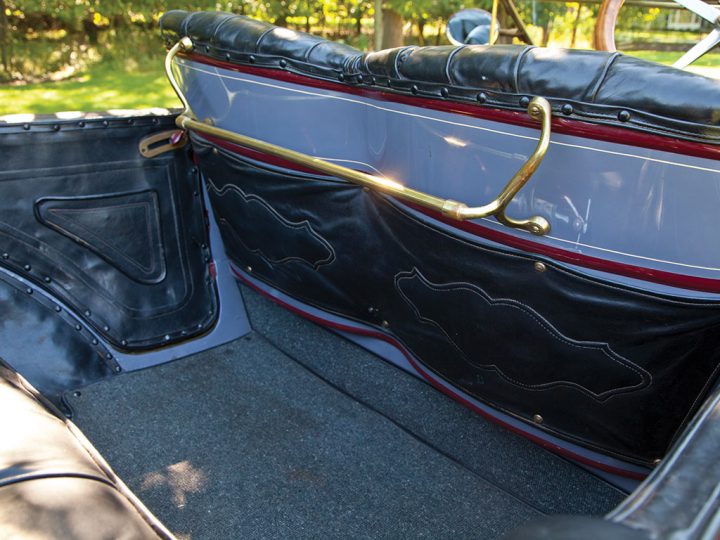 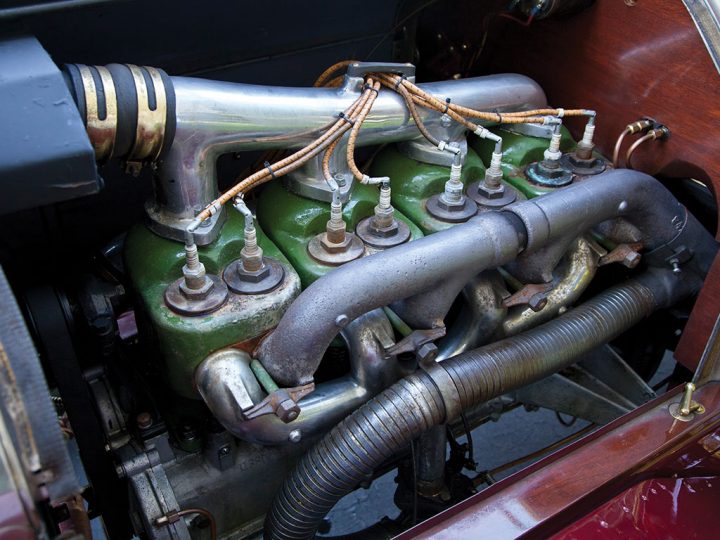 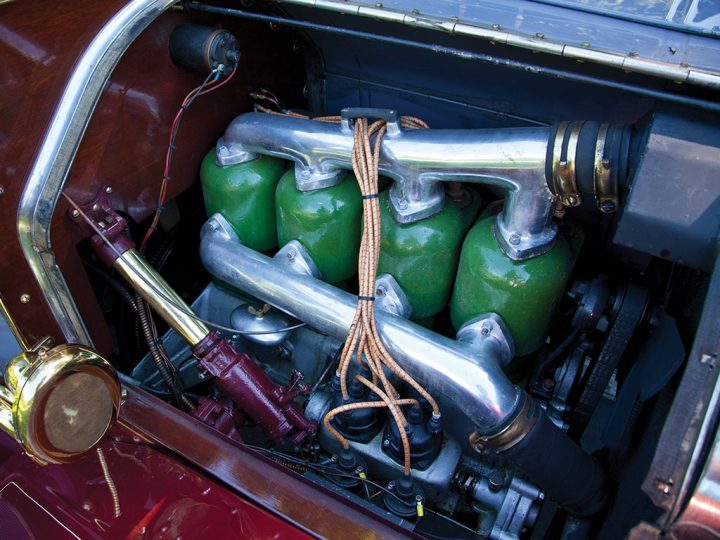 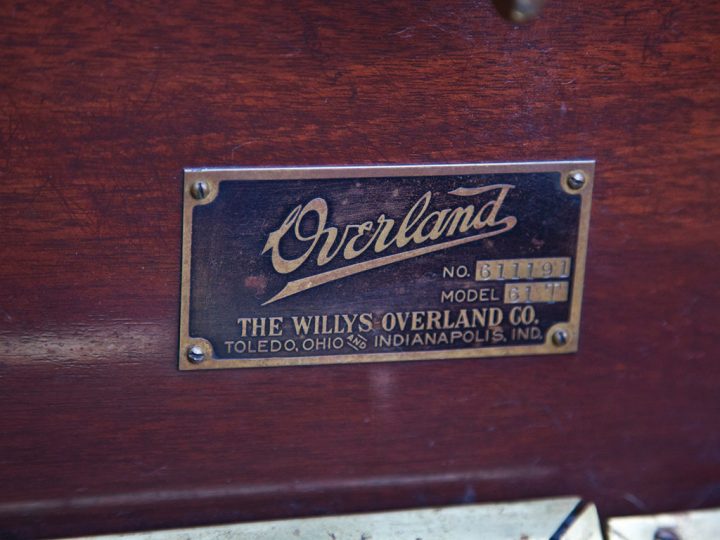 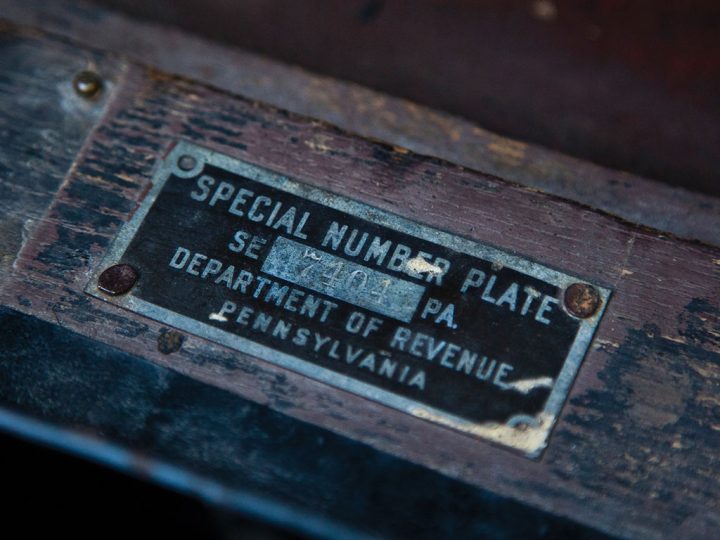 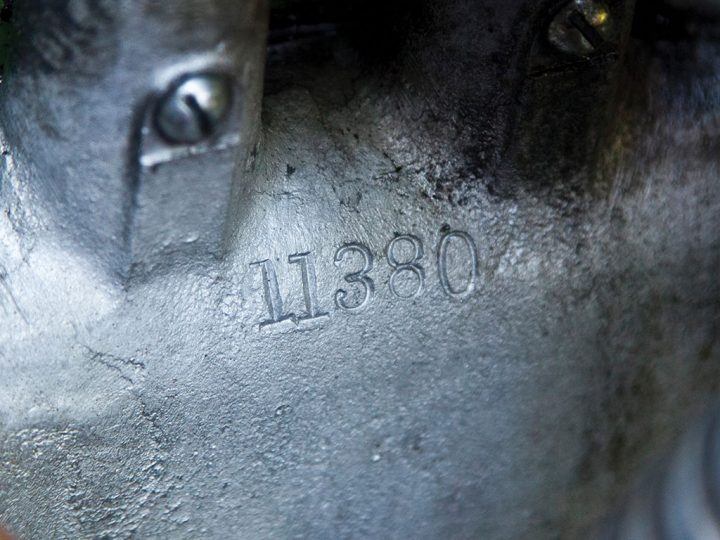