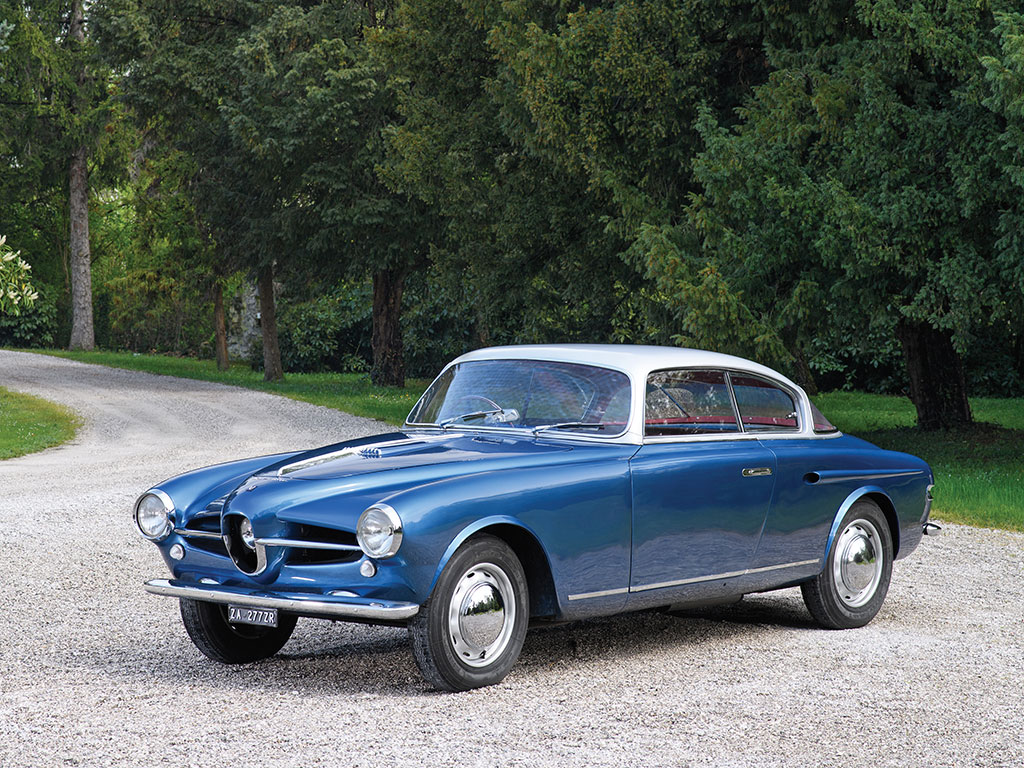 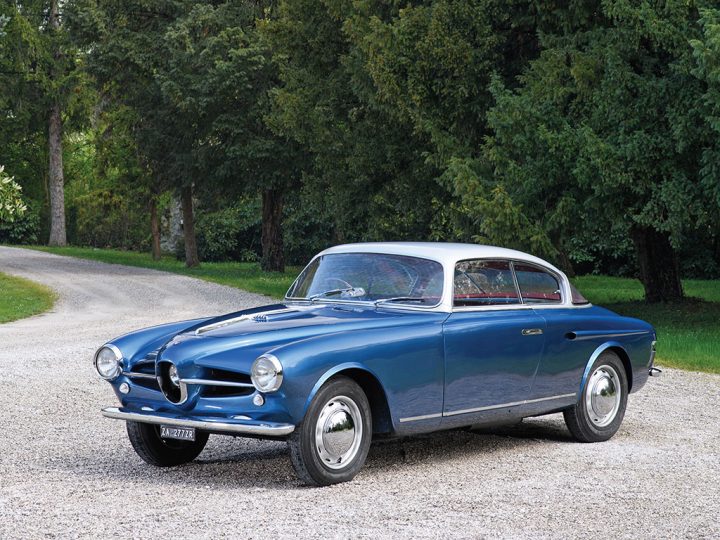 In 1950, Lancia introduced the landmark Aurelia B10, with the first production V-6 engine, Lancia’s traditional sliding-pillar front suspension, a revolutionary multi-link rear suspension, and riding on Michelin X radial tires – another first. The following year, the Aurelia B21 was offered, with the engine size increased from 1.75 litres to 2.0 litres. In 1952, in keeping with Lancia’s practice of creating platforms on which coachbuilders could build custom bodies, the factory offered the B52 autotelaio, with a slight increase over the B21’s 2,860-millimetre wheelbase, and a 2.0-litre V-6. Only 98 B52s were built between 1952 and 1953. 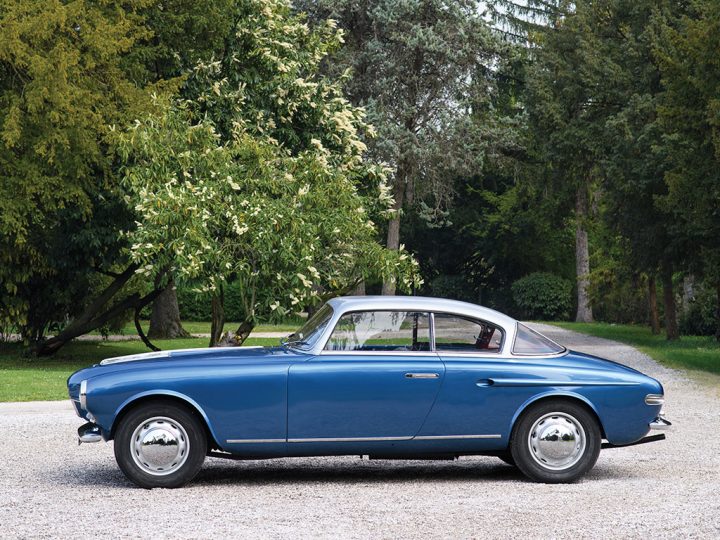 This chassis, number B52-1054, was shipped to Carrozzeria Alfredo Vignale, who built the body to the design of Rodolfo Bonetto. Rodolfo, nephew of famed Lancia racer Felice Bonetto, was an award-winning industrial designer at the beginning of his illustrious career, and his design beautifully illustrates the transatlantic design crosscurrents of the post-war period. The roofline and cabin shares its ‘house style’ with Giovanni Michelotti’s Aurelia B50 “Ginevra” for Vignale. Its visual lightness is reinforced by its contrasting silver roof. The front end, however, reflects the design’s international influence. With its distinctive central roundel and split-grille treatment, Bonetto’s grille treatment recalls Studebaker’s new designs for 1950, but in place of the American car’s chrome ‘nose cone’ is a central driving light. Equally remarkable are the taillights, whose cylindrical inset is nicely balanced against the articulated indicators above the bumpers, similar to styles shared with early Vignale-bodied Ferraris. 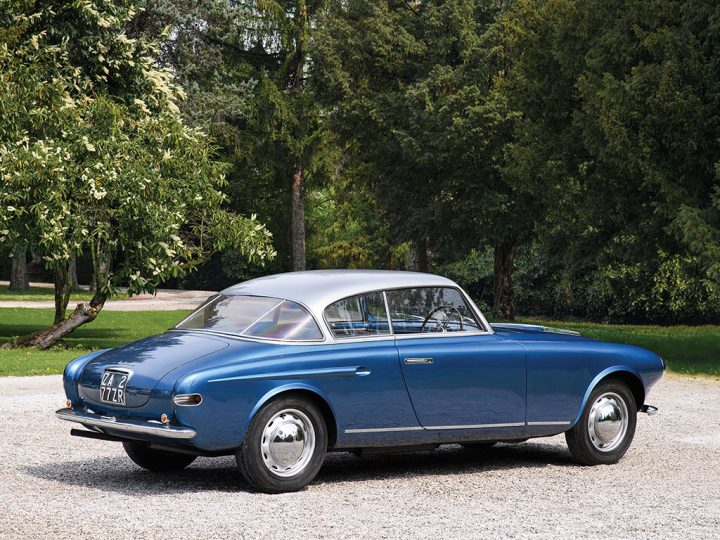 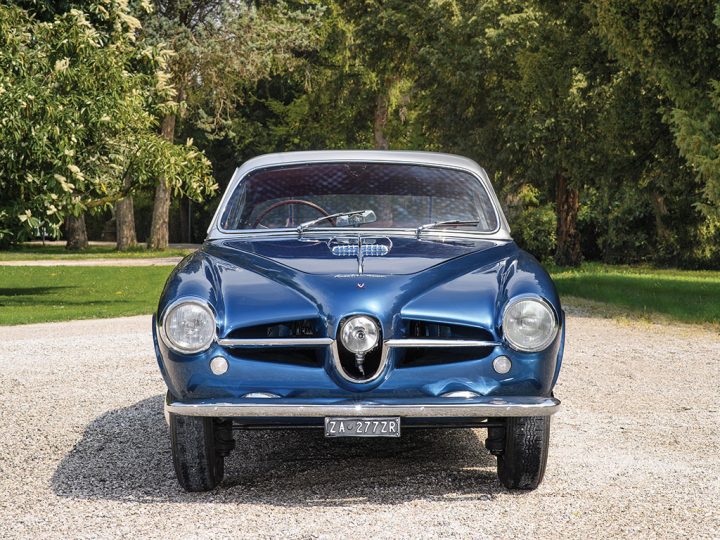 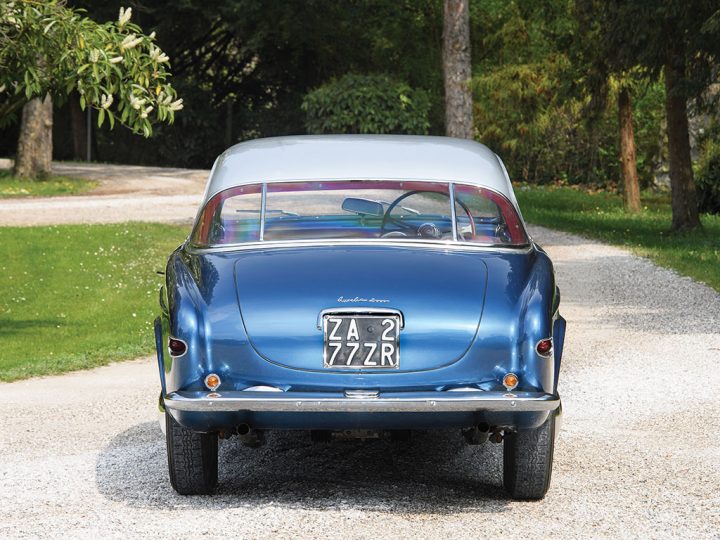 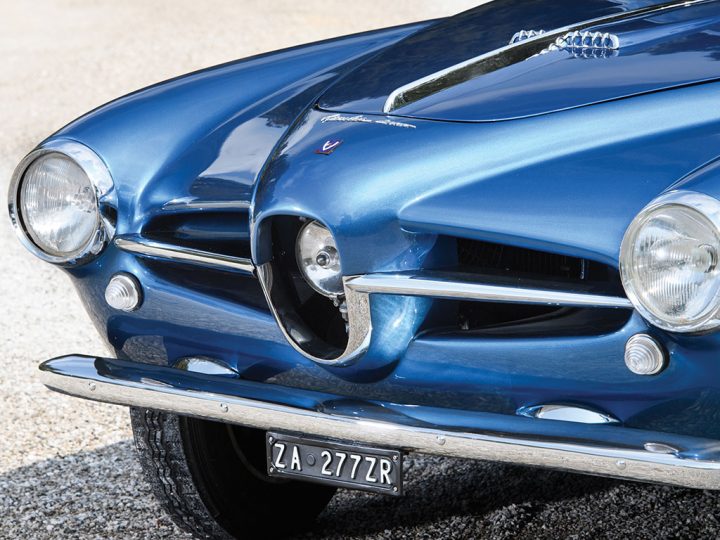 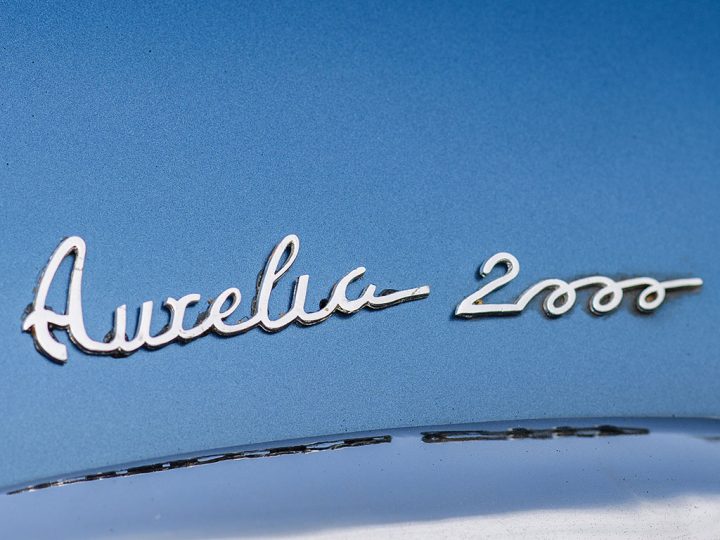 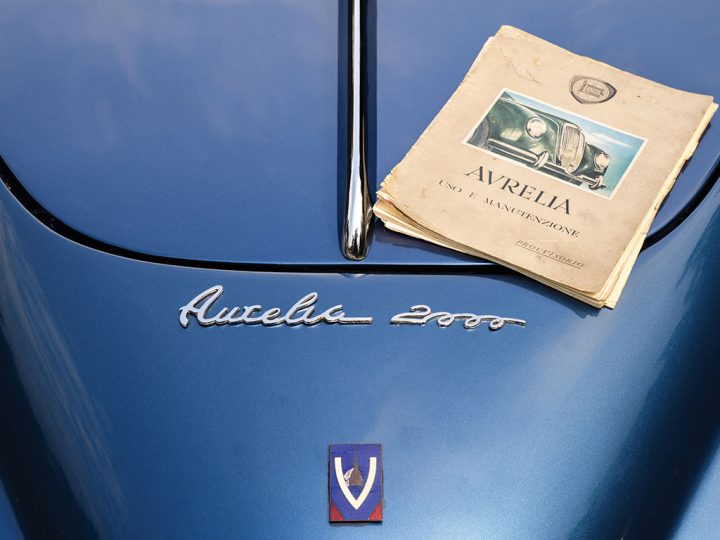 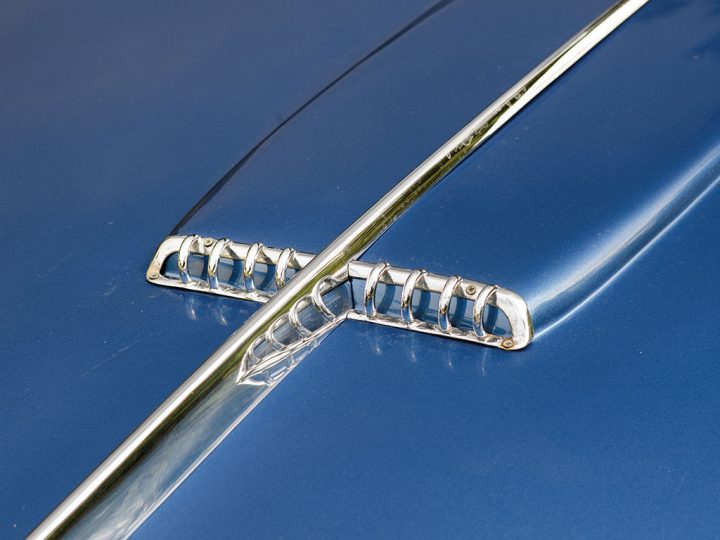 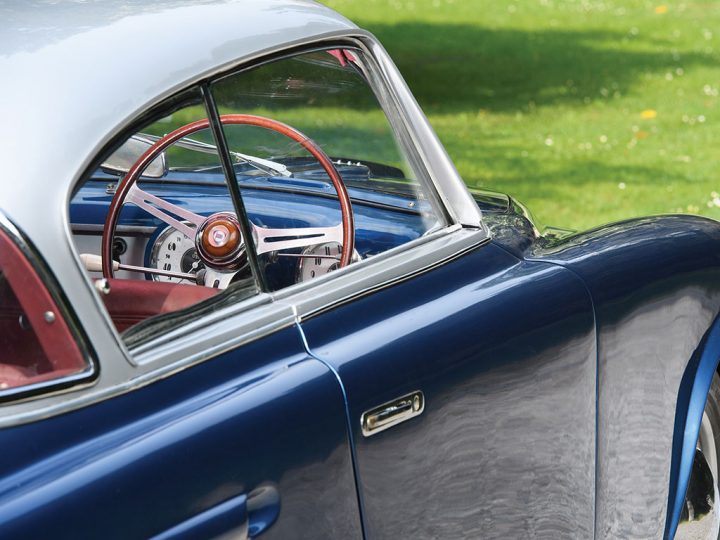 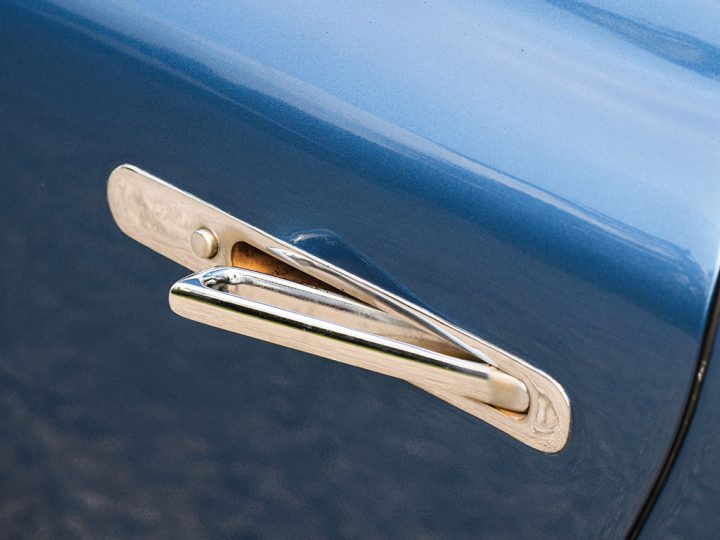 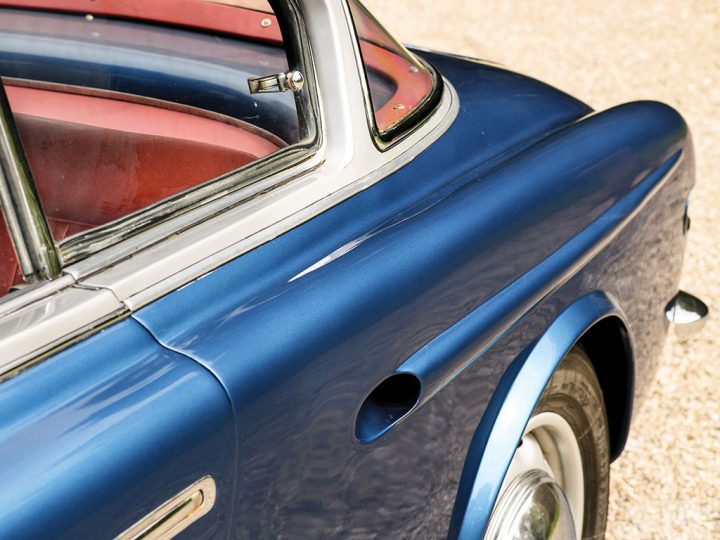 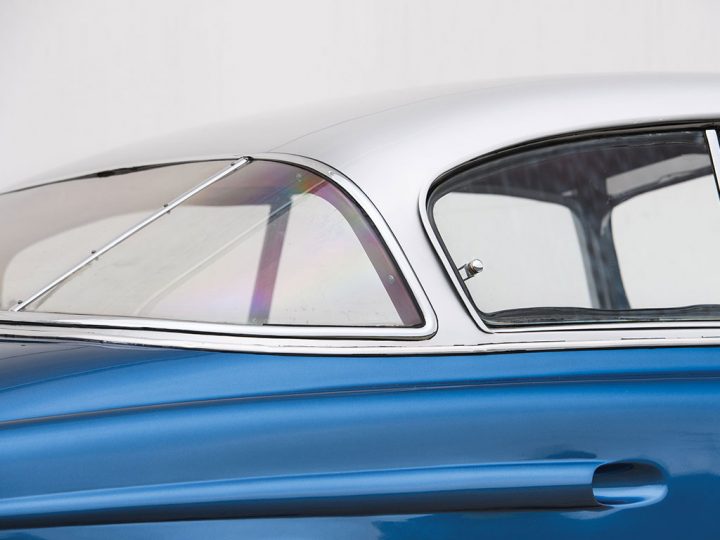 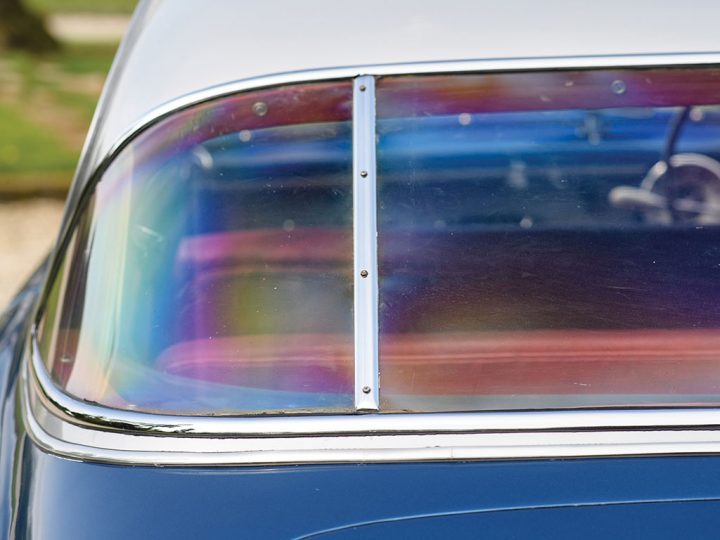 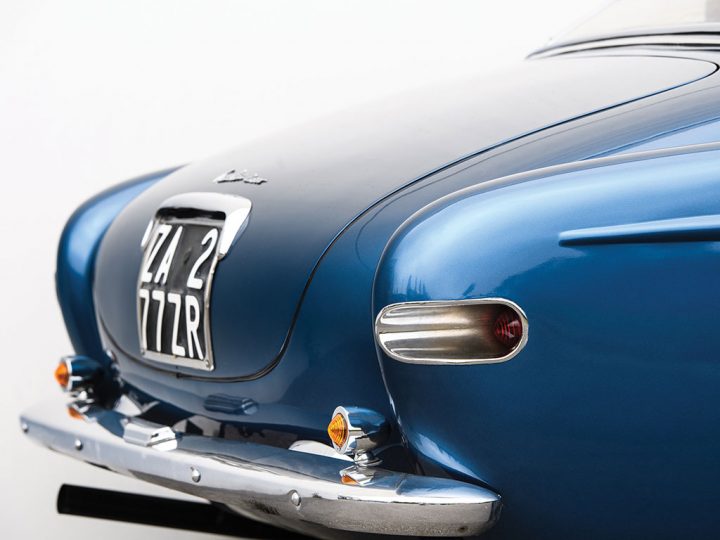 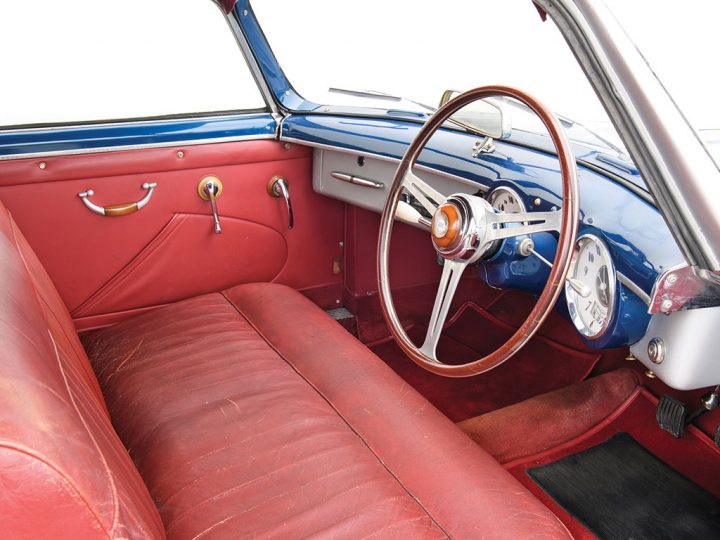 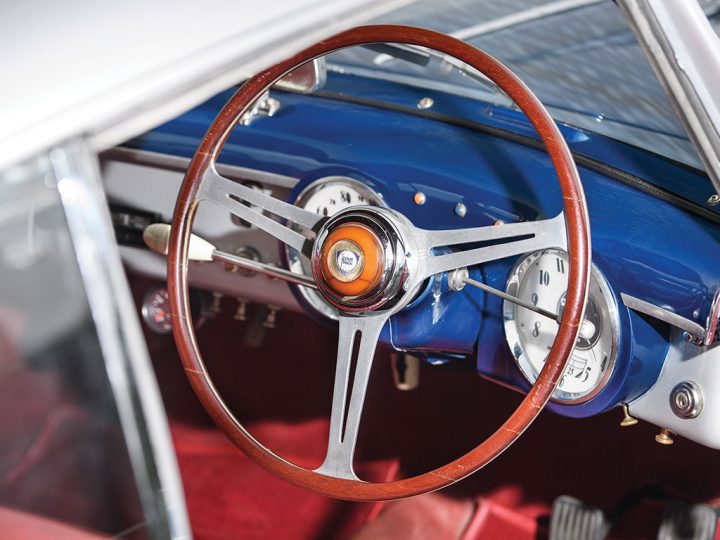 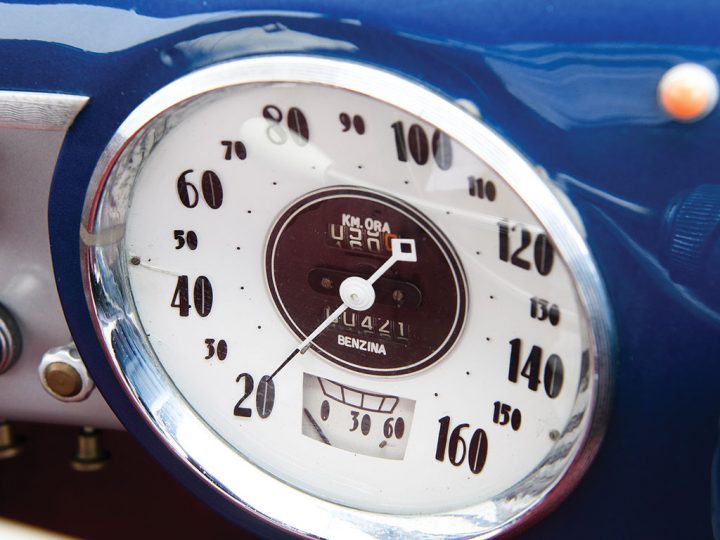 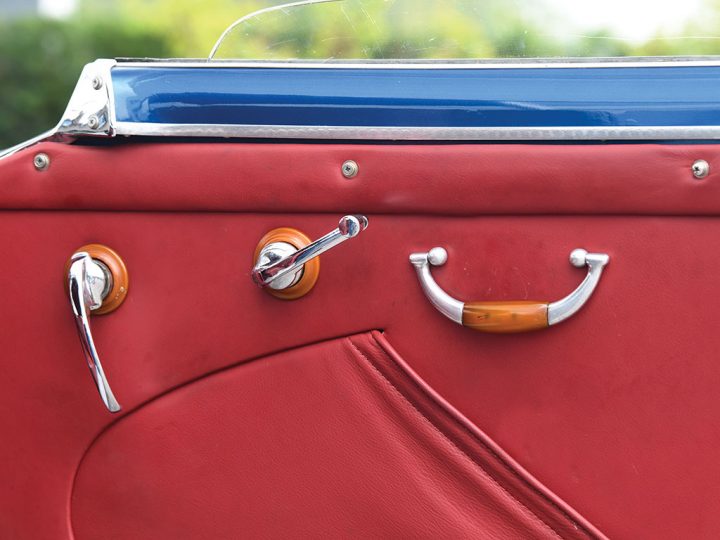 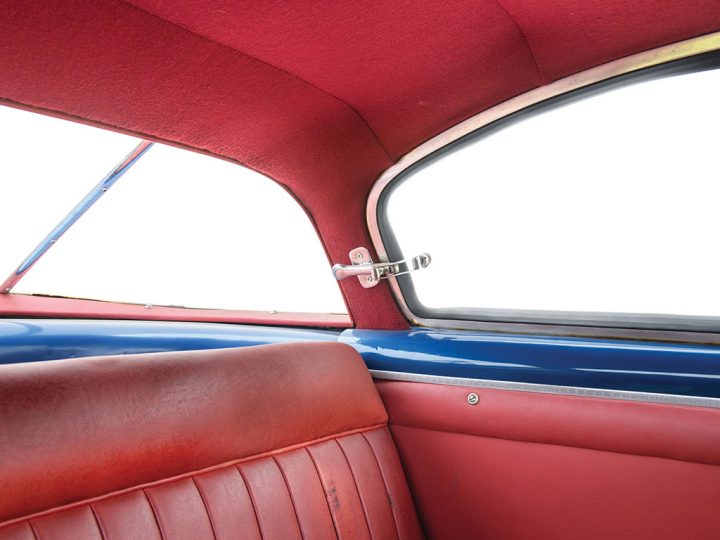 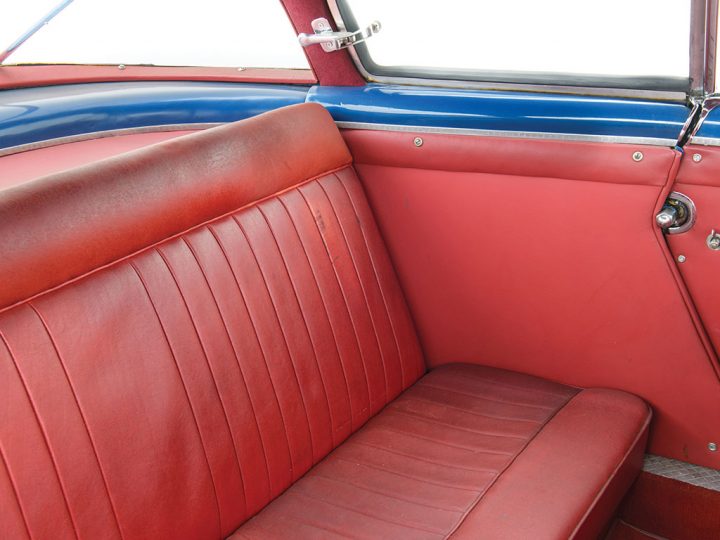 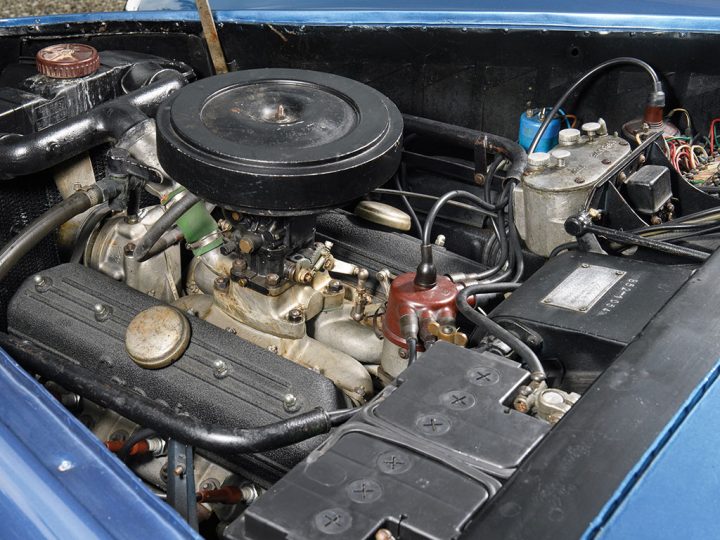 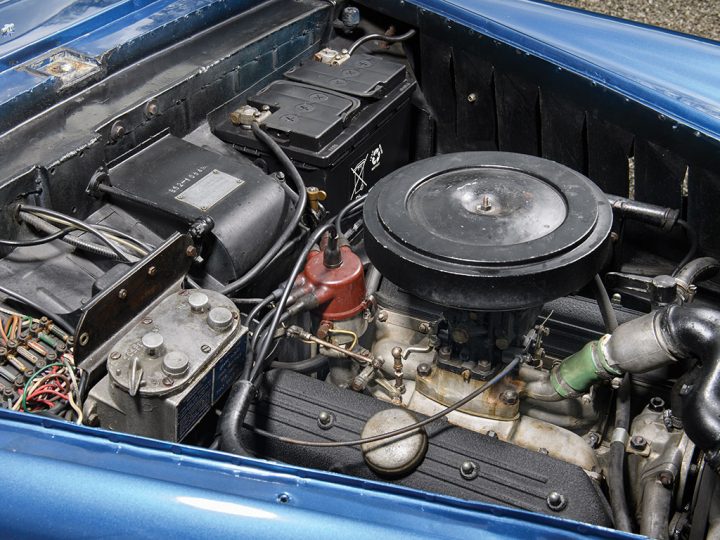 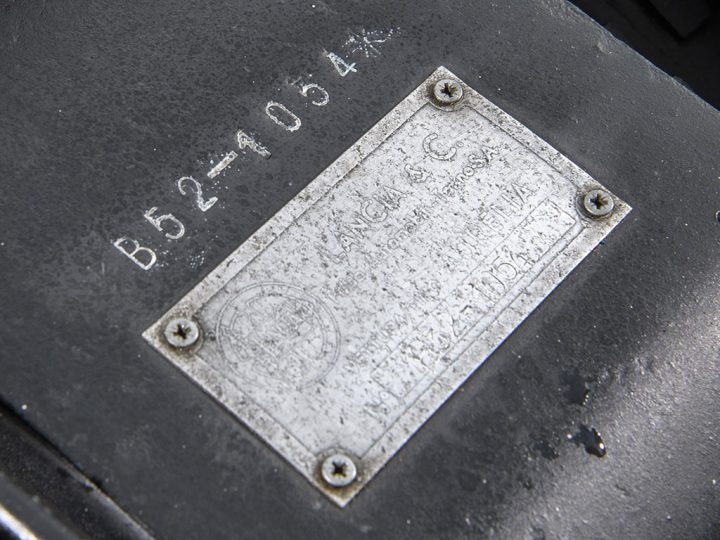 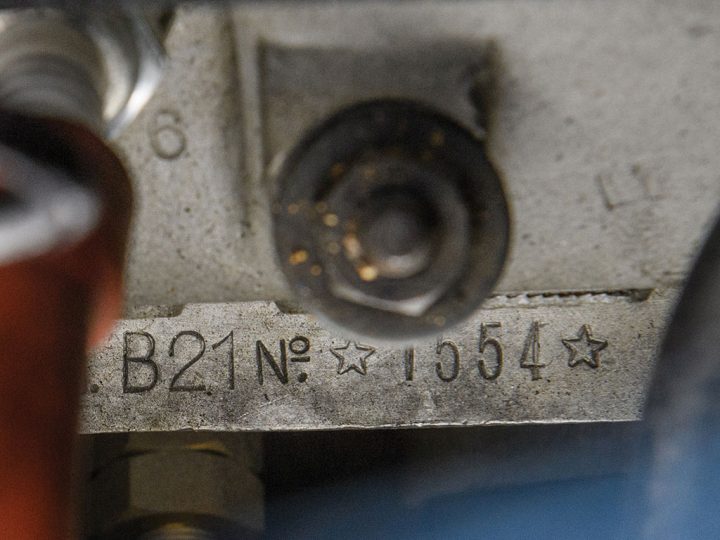 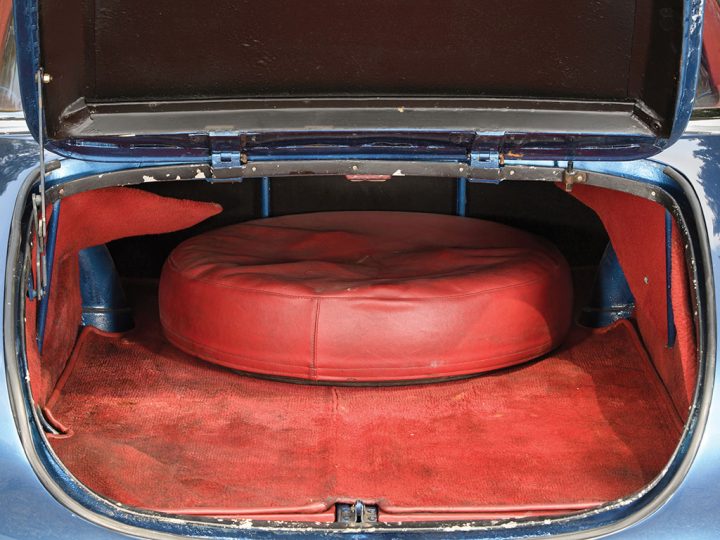