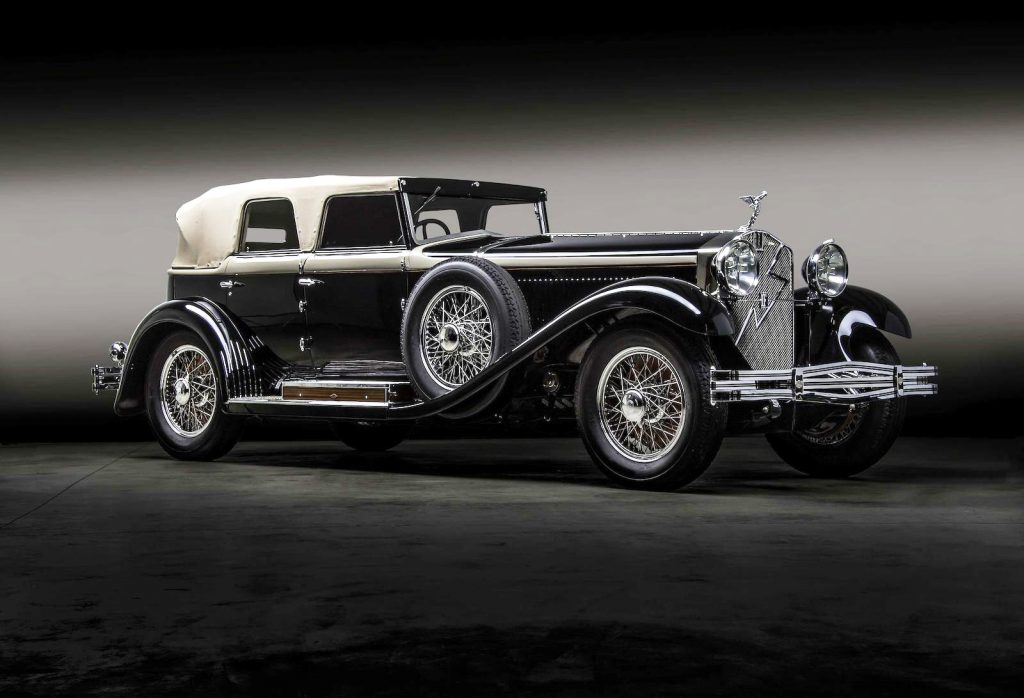 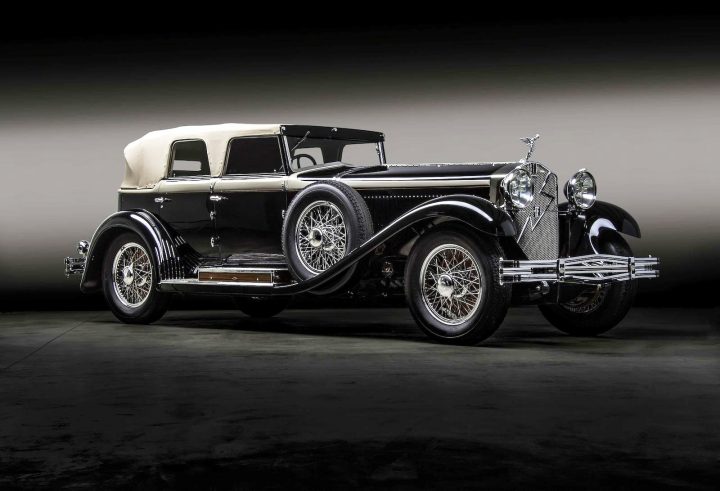 A World Tour of the most exclusive motor car manufacturers in the 1920’s would embrace a visit to Hispano-Suiza in France, Pierce-Arrow in Cleveland, Ohio, Rolls-Royce at Derby, England, and Bugatti at Molsheim, but the more discerning traveller would choose to spend two days in Milan with Fabbrica Automobili Isotta-Fraschini, Italy’s noblest car maker. Cesare Isotta and Oreste Fraschini founded their company in 1900, displaying their first primitive 5hp, single-cylinder car at the Milan Exposition in 1901. Progress was rapid, speeded by the company’s involvement in motor sport, celebrated victories including the 1908 Targa Florio and a sensational second place in the challenging 1908 Vanderbilt Cup. Like its contemporaries, Hispano-Suiza and Rolls-Royce, Isotta-Fraschini built engines for the new-fangled aircraft industry and were favoured with Government orders for their aero engines, providing the motive force for Mussolini’s indomitable Savoia-Marchetti seaplanes. 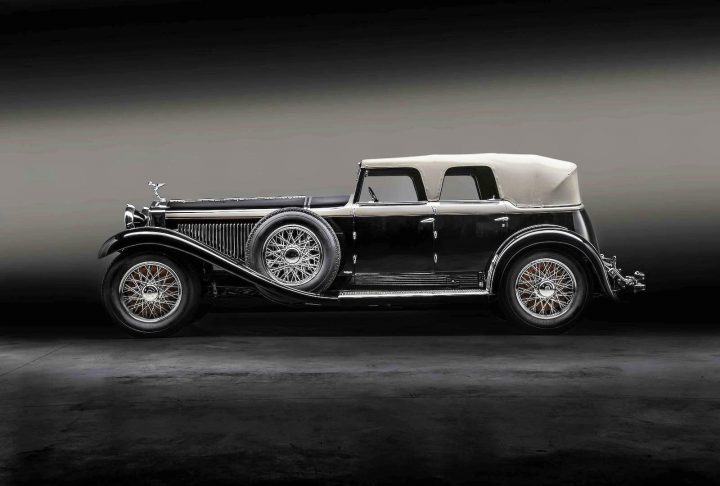 Chief Engineer, Giustino Cattaneo, focused on a one model policy for Isotta-Fraschini in the 1920’s, launching the world’s first production straight-eight motor car, the Tipo 8, in 1920. This mirrored the then current one-model policy of Rolls-Royce in England. The early Isotta engines featured push-rod operated, overhead valves and had a capacity of 5.9 litres. Manufacturing standards were of the highest order, 80hp was produced and sophisticated, mechanical, servo-operated, four-wheel brakes were a modern luxury. In 1924 the revised Tipo 8A was introduced, which featured a 7.3-litre engine producing around 115bhp – making it the most powerful straight-eight in production – and Isotta’s highly regarded three-speed synchromesh transmission. Improvements to the chassis and suspension were implemented also. 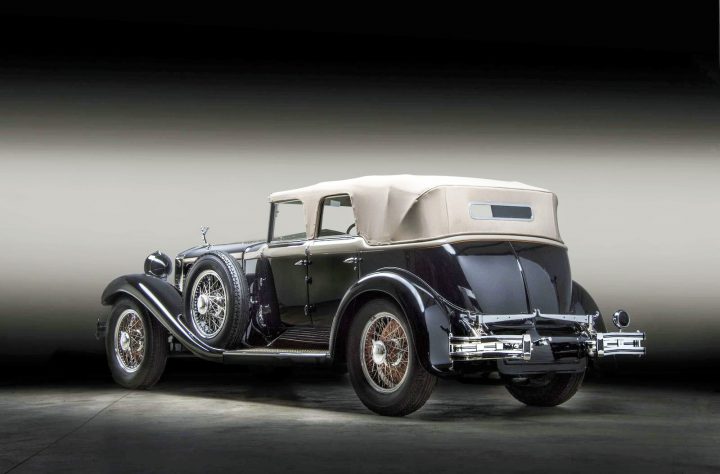 The 8A was unashamedly expensive and Isotta-Fraschini controlled with care a select list of favored customers. Conceived as a chauffeur-driven luxury conveyance, the Tipo 8 was aimed at the United States market where it was the choice of such world-famous film stars as Rudolph Valentino and ‘It Girl’ Clara Bow. Other Isotta owners included press baron William Randolph Hearst (Orson Wells’ real-life model for ‘Citizen Kane’) and world heavyweight boxing champion Jack Dempsey. 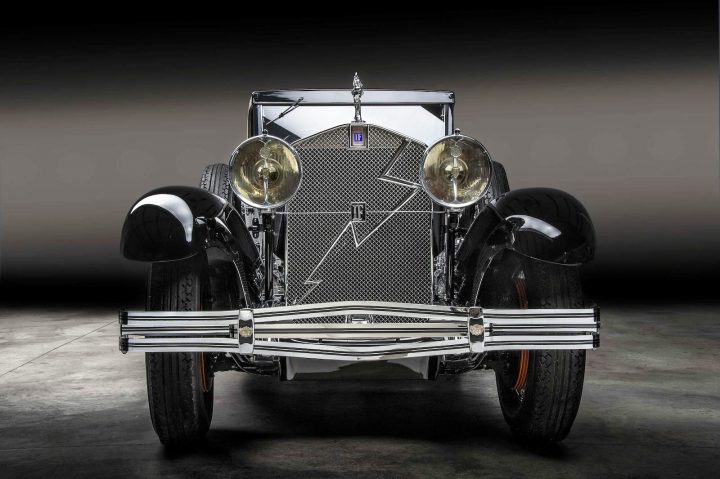 As with all luxury automobiles of this era, for those with the greatest resources or desire for performance and individuality there options beyond even the standard 8A, these they designated as their Spinto or Super Spinto, the phrase appropriately translating as ‘racy’ or ‘driven’, these featured twin carburettors and higher compression engines developing 150bhp and rear axle ratios for higher speeds. Some where built on shorter wheelbase chassis frames, although the coachbuilders preferred the standard chassis on which to practice their finest art. 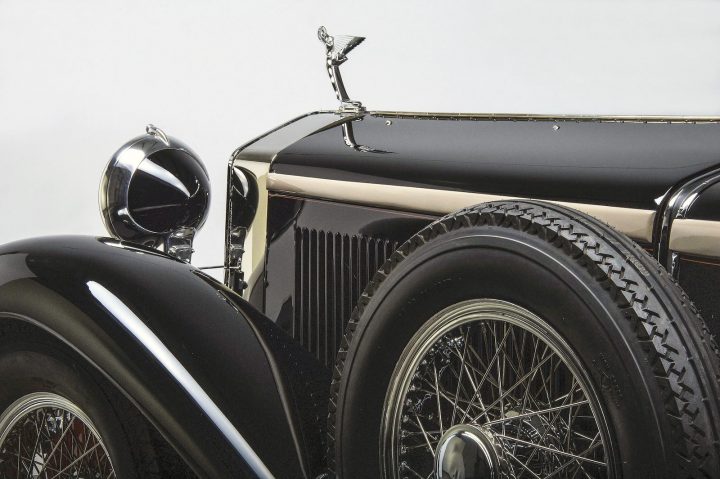 In the USA, where Isotta Fraschini was the second most popular foreign make after Rolls-Royce, the price of an 8A exceeded even that of a Duesenberg Model J. The chassis alone was priced at $9,750 while coachbuilt models could cost upwards of $20,000. With one third of all Tipo 8 production going to the United States, the Wall Street Crash of 1929 and the ensuing Depression hit Isotta hard. 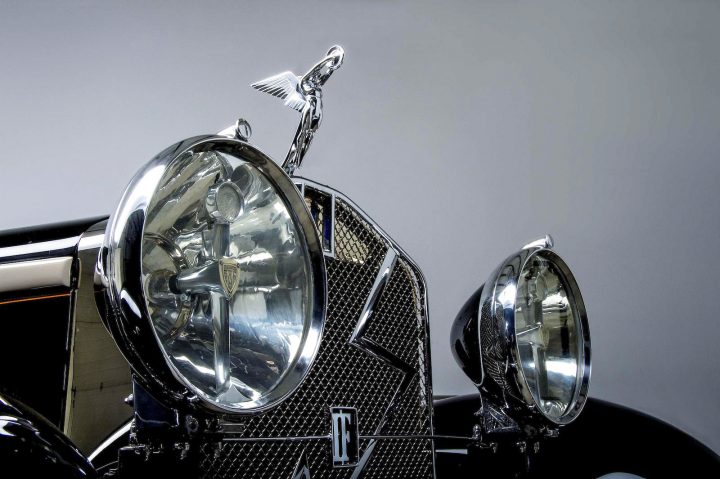 Alongside Isotta’s Milan homebase were two extremely high quality coachbuilders, who as in Paris for the likes of Figoni & Falaschi were able to provide the company and its clientele with coachwork designs of the calibre of chassis they clothed, those were Carrozeria Italiana Cesare Sala and Carrozeria Castagna & Co. The latter was established by Carlo Castagna in 1906, and was a family run concern, he taking care of the business and finances in which he had his greatest skills, while the craftsmanship of design and construction fell to his son Ercole. By the later part of the 1920s, Ercole’s younger brother Emilio became chief designer. 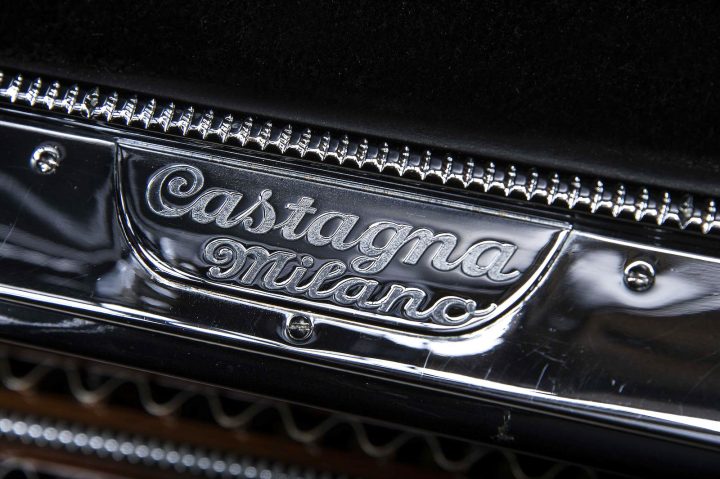 While Castagna was certainly noted for their work on Alfa Romeo, Fiat, OM, Bianchi, Lancia and Mercedes-Benz, it is probably most synonymous with Isotta, and exquisite designs such as the car we present here aptly display why. Incredibly well proportioned, with an extended scuttle and long bonnet, the low profile of its windscreen and roof is accented by the high waist moulding along the side of the body. The rear of the car is highlighted by a spine in its centre, and discreet collapsible trunk rack. 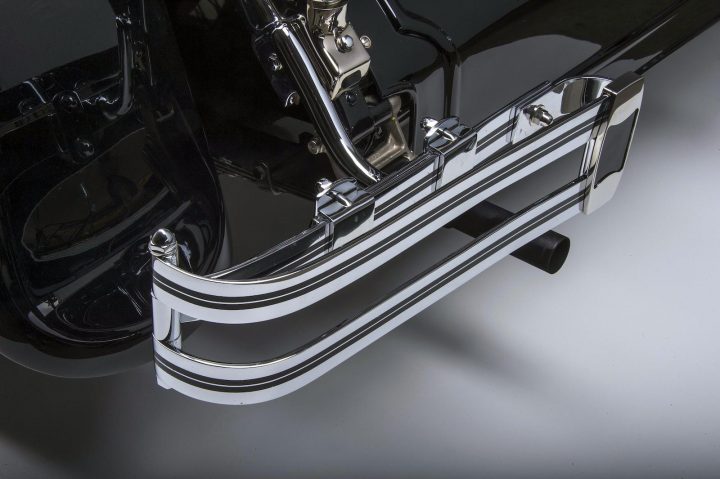 This striking example comes to the market following a comprehensive restoration in its current ownership, which has included careful research into the car’s history. In the course of researches by the restorer and owner they were able to delve into the archives of the former historian of the (now defunct) U.S. based Isotta Fraschini Owner’s Association, a Mr. Howe B. Willis. As can sometimes happen, over the course of time some of the more important aspects of its specification and history had been overlooked. It is understood that it was Mr. Willis’ opinion that this was a car that Isotta had displayed at the Milan Salone dell’Auto in 1930 as it precisely matched a period photograph of a car photographed in Milan within his archives. That same photo was annotated with this chassis number. In comparing the car as it was when acquired with this period image, it was clear that having been the subject of some glossy but not necessarily authentic refurbishment over 80 year lifetime, its looks had become a little disguised by the time it arrived with its current owner. 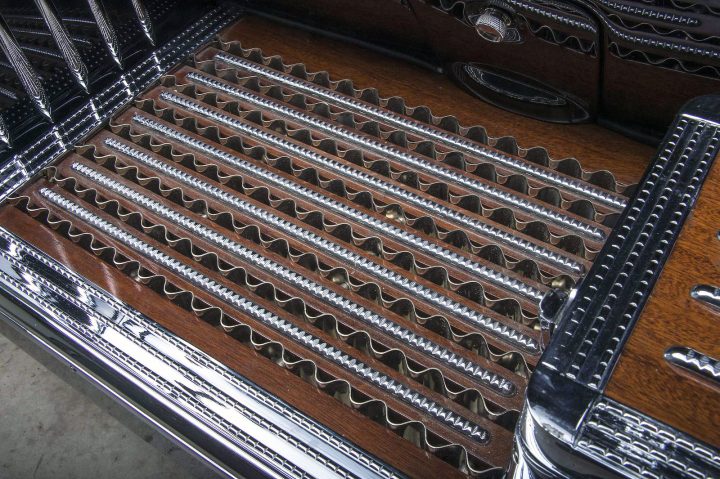 It was common for manufacturers to display definitive specifications and for coachbuilders to show off their design and detail features on Salon exhibits, as a palette for the potential buyers to choose from, which is consistent with the presentation of this car. Further, one of the proudest marketing campaigns in America by Isotta Fraschini stated ‘No Two Alike’, so its close adherence to this period image and the assumed attribution of an intriguing addition to its history seems entirely credible. It is in this guise that the car has been refurbished and with an exacting eye for that detail. It now sports the correct pillar mounted Marchal headlights, bumpers and running boards and its correct tool box has been refurbished during the rebuild. Castagna were also renowned for their stylised quality interiors, this being an exceptionally fine example, which again has been carefully refurbished. Retaining the existing silver hardware and inlays, referencing other Isottas, its leather has been carefully renewed in the correct patterns, with the tasteful embellishment of ostrich hide panels to the doors, and arm rest panels. Luxurious and decorative Carpathian elm veneers are incorporated into its wood finishes. The completed effect is undeniably stunning, as it should be, for all told the car’s restoration receipts are understood to have tallied in excess of $800,000 (€650,000). 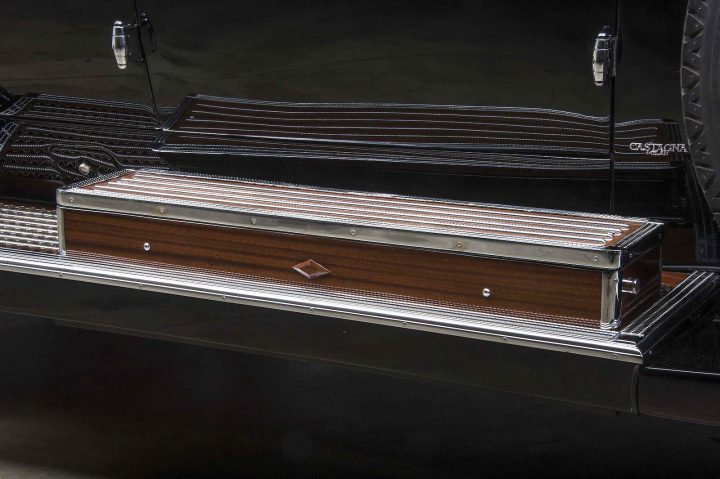 From the proportions of the car, with its low slung steering column which mounts below the dashboard and the extended scuttle the car appears to conform to the more desired ‘SS’ specifications offered by the manufacturer, and during its restoration it was found that the steering box was also stamped as being of ‘SS’ specification. As presented today it does not have the split exhaust of most ‘SS’ cars, but this may have been replaced at some point in its life and as with coachwork, specifications were tailored for clientele. 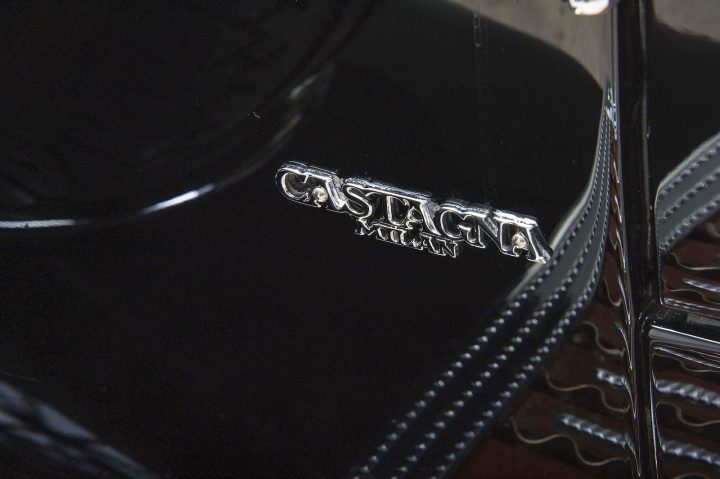 As researched by the owner’s restorer, and according to the historian Willis, the car’s history after its show display is understood to mirror that of many of its brethren, being sold across to Isotta’s dominant American market, and to a West Coast buyer. It was his belief that this first owner was none other than the son of William Randolph Hearst and that it later passed to Hearst’s chauffeur. Remaining in that part of the world for most of its life, it has been suggested that it was then part of noted collector Bud Cohn’s stable. By the time of the publication of Anselmi’s book on the marque in 1978 is recorded as having resided with Robert Ford, a Venezuelan who also had a home in California. Some time in the early 1990s the car was sold during the Scottsdale auction week and at this point it became the property of another noted collector Bob Pond. Pond retained the car until six years ago when it was sold publicly and passed to the current owner in 2009. 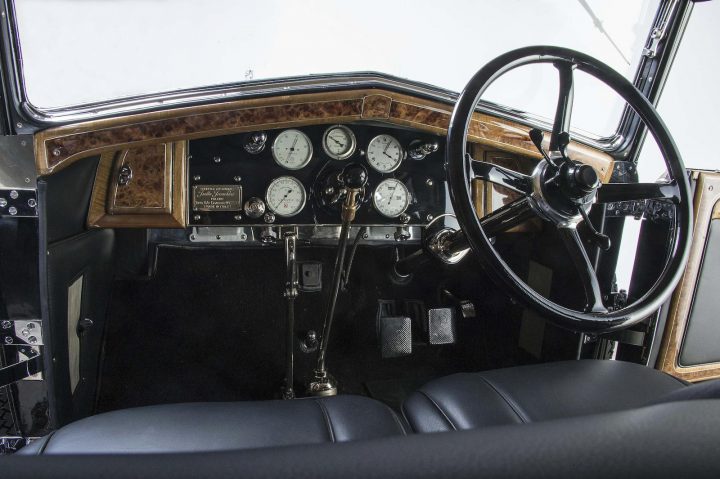 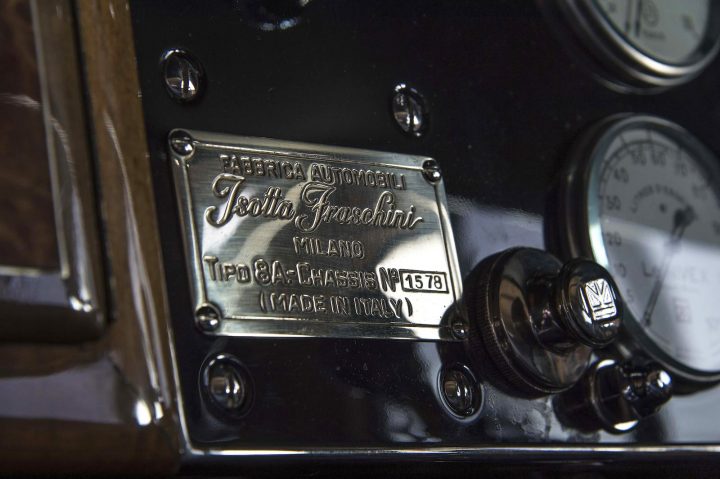 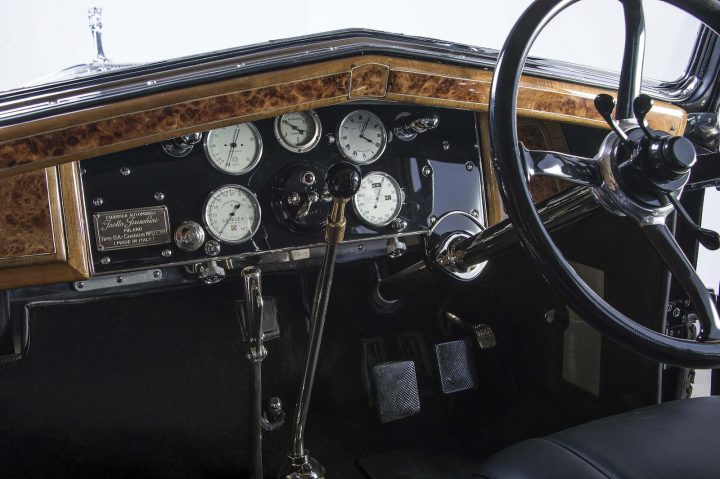 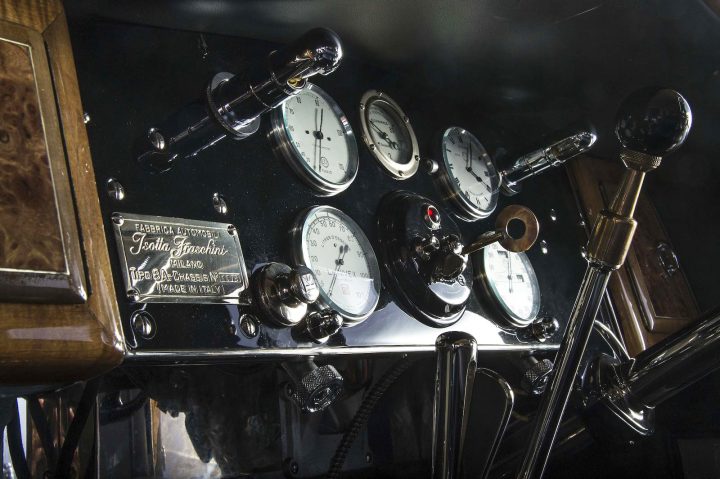 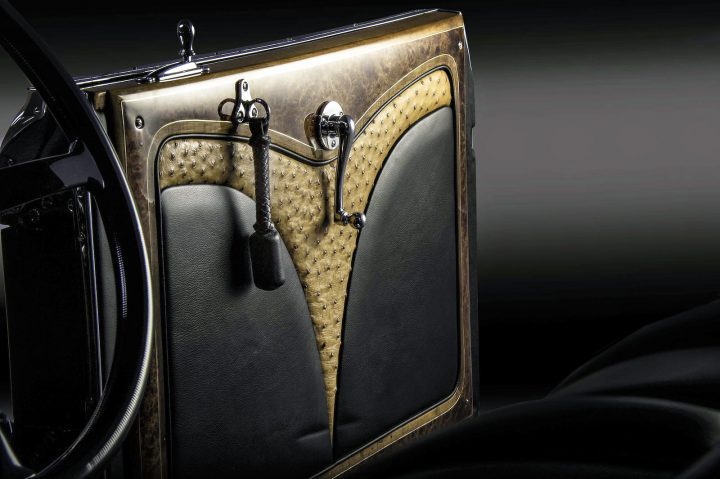 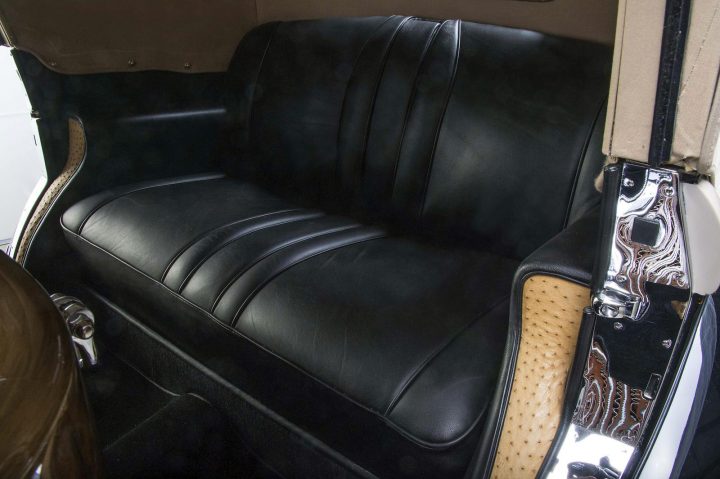 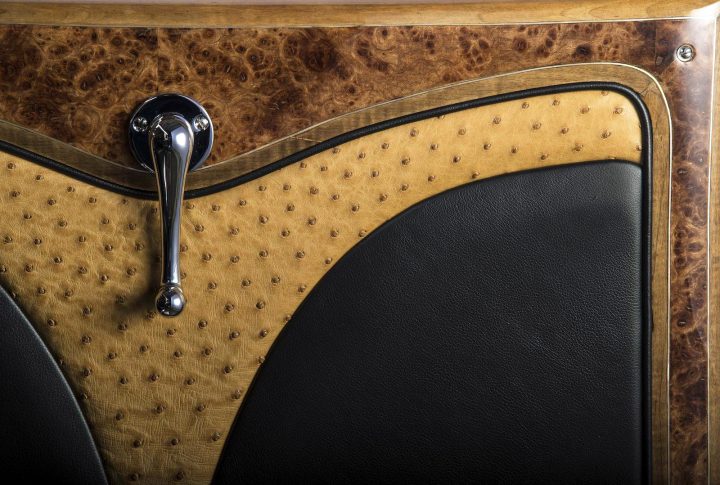 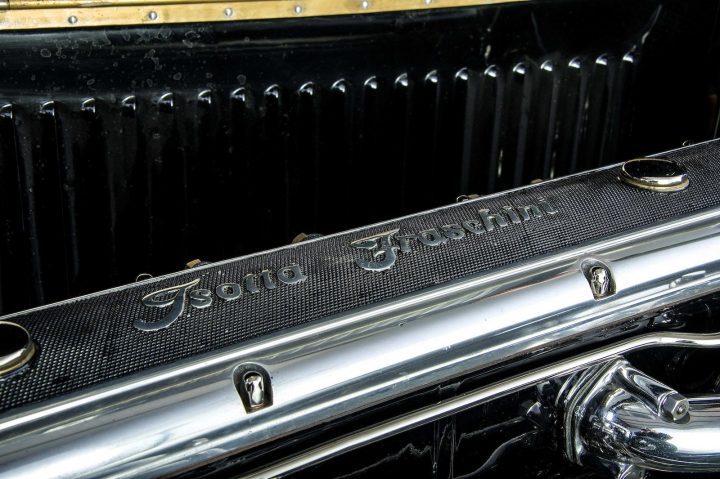 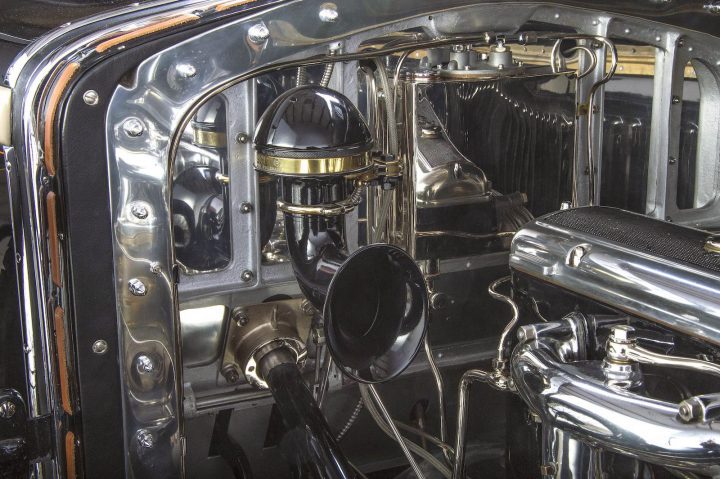 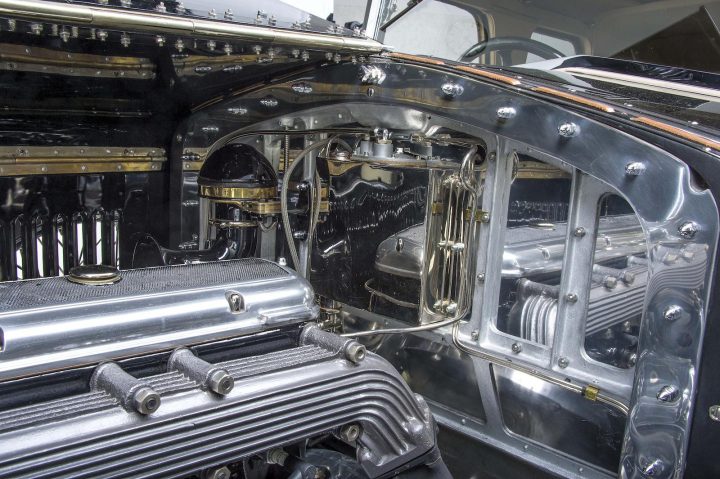 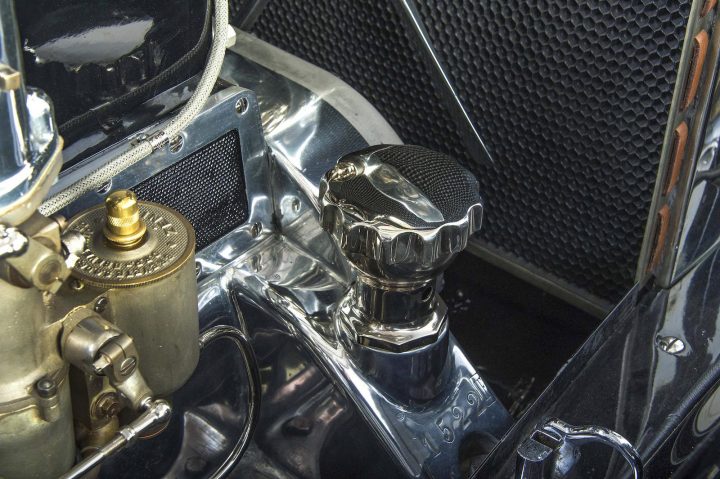 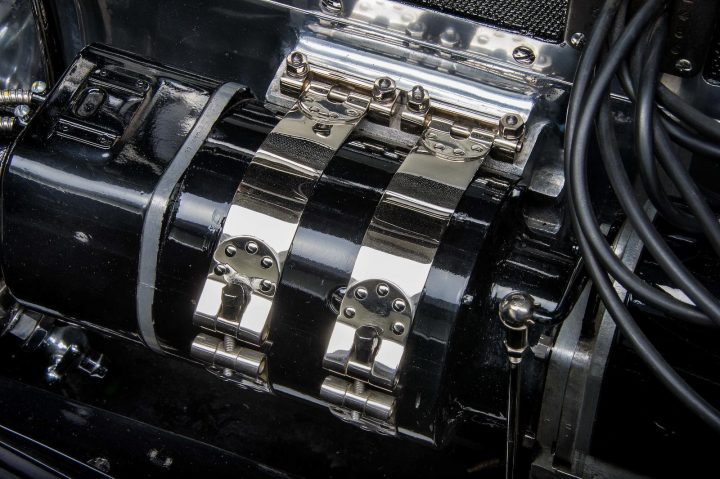 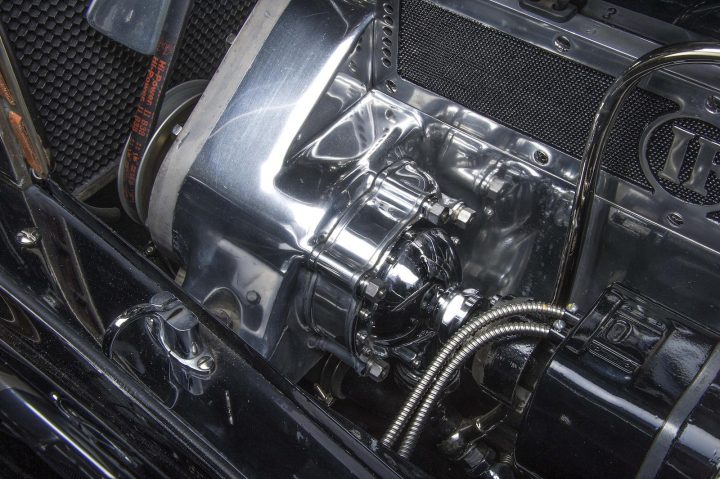 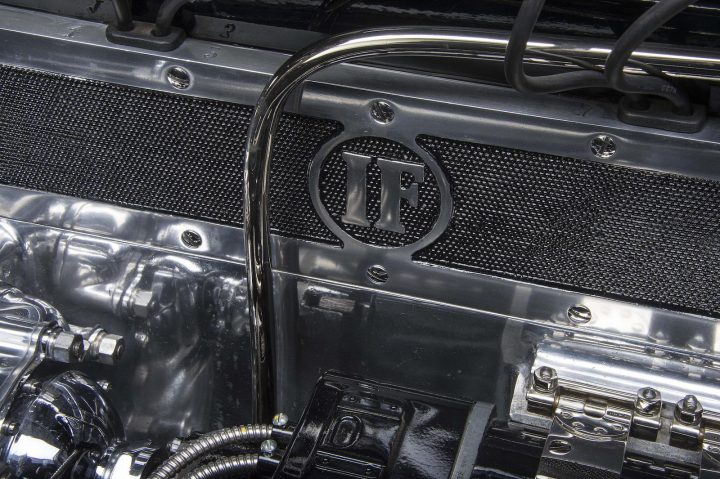 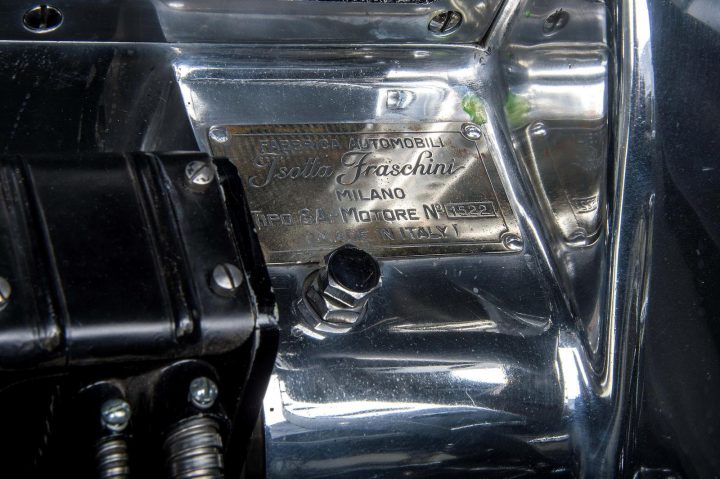