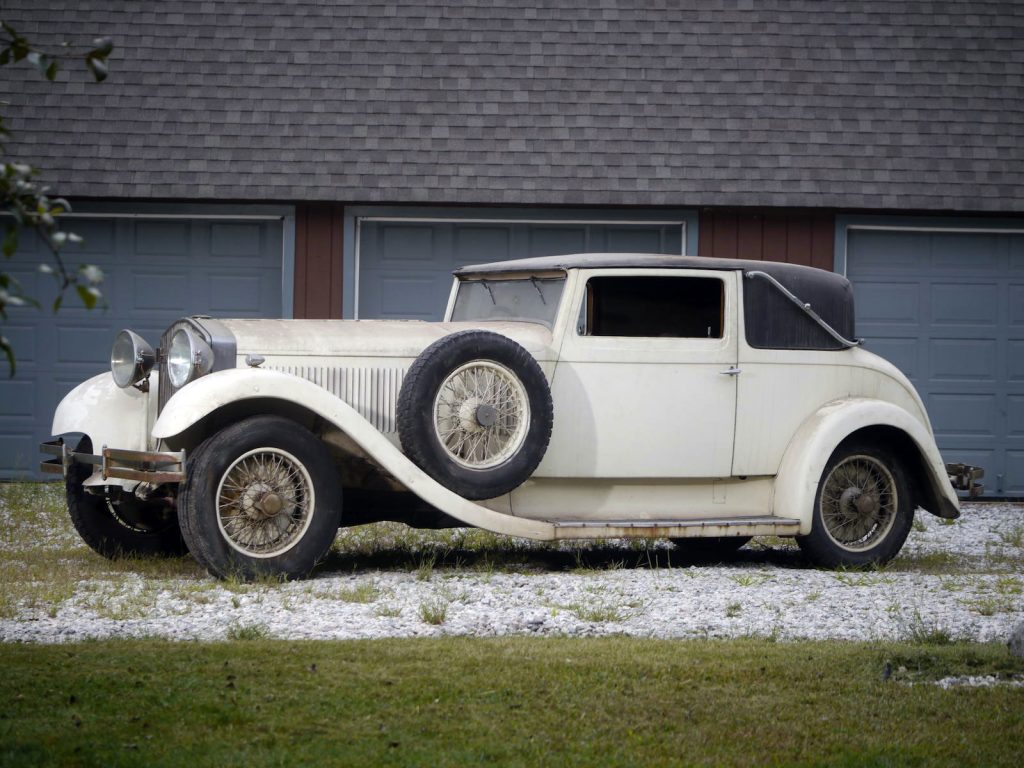 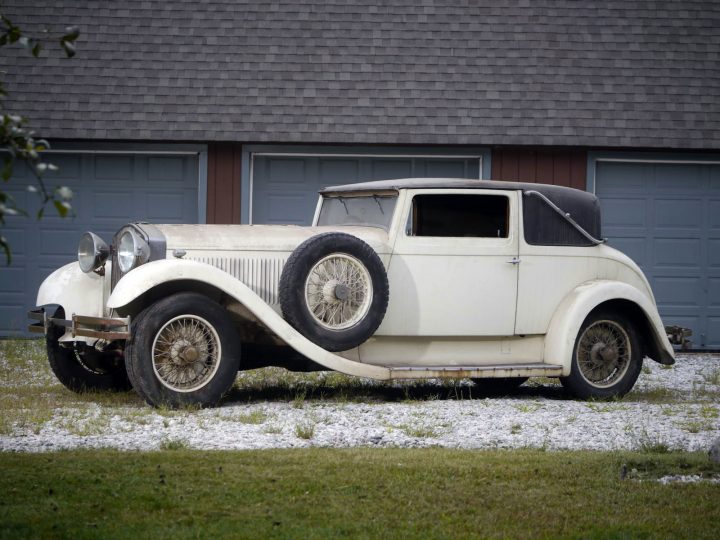 This Isotta Fraschini was built relatively late in the 8A production run. First registered in the London on November 11th, 1931, the car was fitted handsome coupe bodywork from English coachbuilder Lancefield. Operated by the Gaisford Brothers on Lancefield Street in London, early commissions mostly came from Rolls-Royce and Bentley with more than 150 Rollers ending up clothed in Lancefield’s handiwork, but they also built bodies for Delage, Stutz, Lagonda, and on two occasions, Isotta Fraschini (the other example, a Sedanca de Ville, is on permanent display at the Schlumpf Collection). Less conservative than many of the other British coachbuilders of the day, some of their trademark features were helmet fenders, teardrop step plates in place of running boards, gun-turret tops, and ample louvers along the lower bodywork. 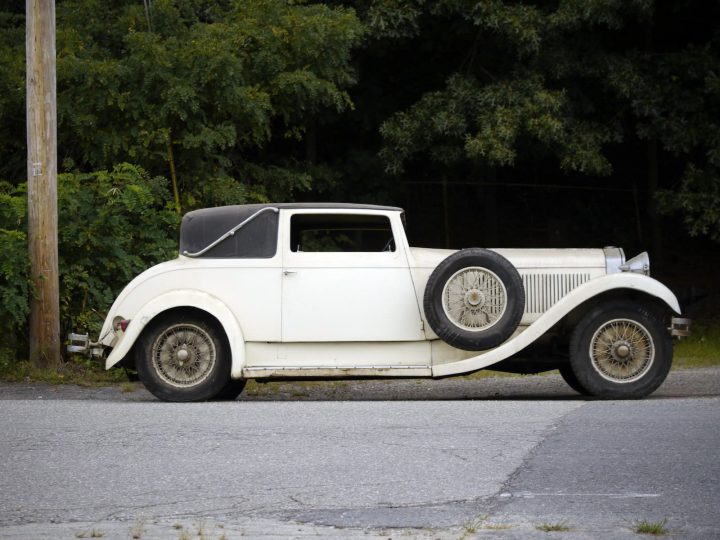 1677 was bought new as a present for a gentleman’s lucky girlfriend. A young woman with a need for speed, she must have given the big coupe quite a bit of stick in her tenure of care as she had managed to throw a rod through the block only a year after receiving the car. As was sometimes the case, the Isotta was laid up after the incident. In the mid-50s the car was rediscovered and restored by Jack Barclay Ltd., shortly thereafter turning up in 1959 at the Halfway Garages (Padworth) Limited. An ad in Motor Sport magazine listing the Isotta as having 13,000 miles from new and with an asking price of £1,250—nearly £400 more than a 1931 Bentley 4½ Blower, s/n MS3938, that was listed in the same ad—caught the attention of noted R.J. Reynolds tobacco heir Gerry Albertini. A collector of some note, a September 1959 Motor Sport article entitled ‘White Elephantitis’ detailed Mr Albertini’s collection at the time, which included the ex-André Dubonnet Hispano Suiza H6C Tulip-bodied roadster and the Isotta offered here. 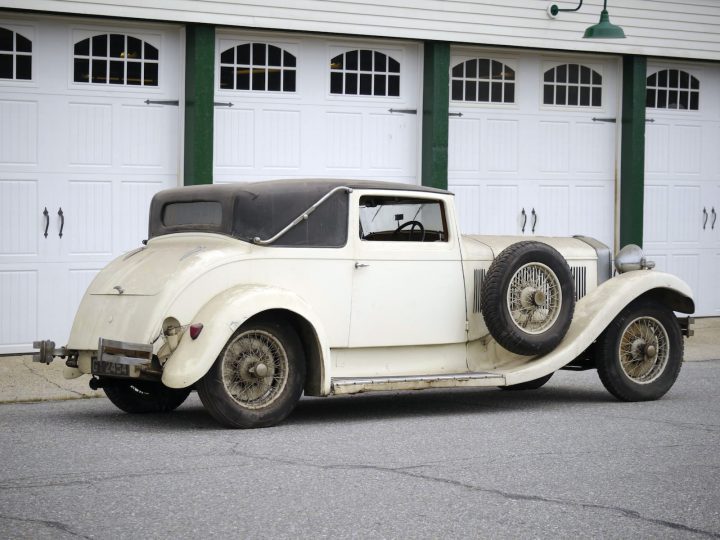 The car only remained in Albertini’s care for a few years before it was on sale again with Halfway Garages. Advertised in much the same way as it had been previously in Motor Sport, it was purchased by Nathan Clark in 1962. In the late 60s the big coupe was shipped to New York.

A patron of dance, and its young female participants, Clark kept the Isotta in New London, Connecticut, home to the American Dance Festival. Serving on the board of the festival, he would attend the annual event in his regal motorcar and shuttle himself and his companions between New London and New York City where he maintained brownstone in Gramercy Park with a hot tub that he had installed in the living room. When the festival moved to Durham, North Carolina in 1976, Clark had the Isotta placed in storage with only 14,056 miles on the clock, gathering dust and hidden in plain sight behind glass on a main road. He never saw the car again. 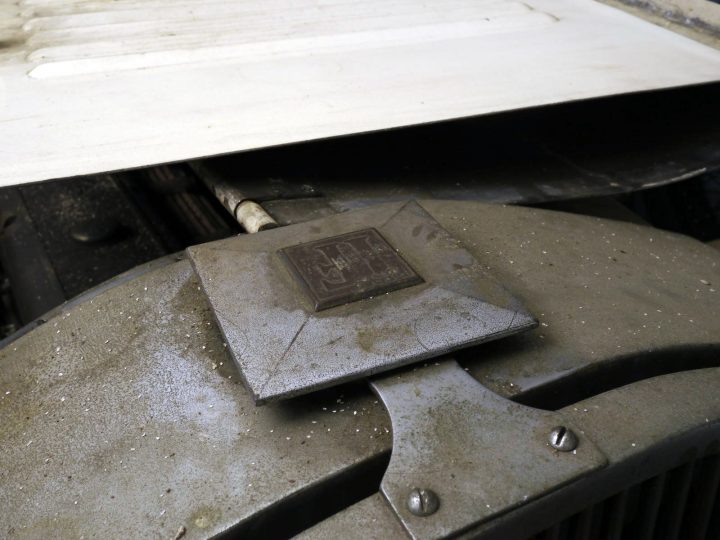 Like an Indiana Jones-discovered Arch of the Covenant collecting dust in a nondescript government warehouse, the Isotta sat undisturbed for 37 years, the Clark family diligently paying each storage bill. With a bit of air in the tires, the old girl was brought out into the open air again for the first time since the Gerald Ford administration for the photography featured herein. Like a time capsule, everything was left in the car as it was when it was parked including old American Dance Festival brochures and a 1974 copy of The New York Times. 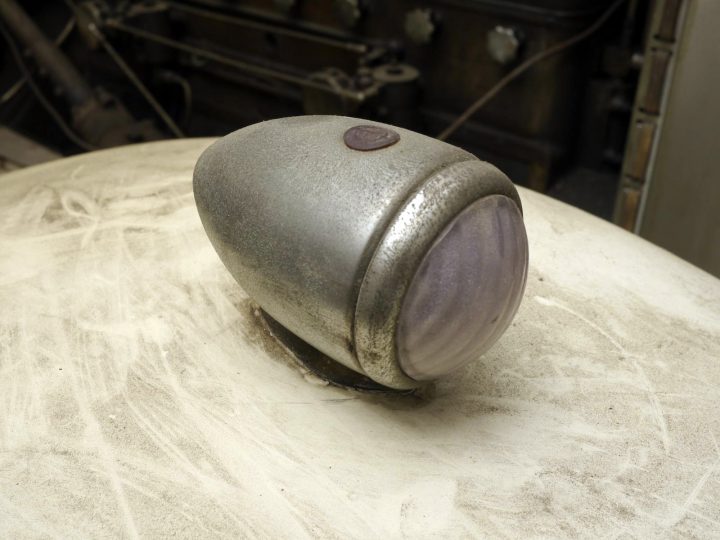 Having emerged from its place of rest, the car now shows phenomenal patina. The interior is a symphony of richly aged wood and leather, although there is a bit of shrinkage on the door panels. The dash features a full complement of gauges, including a Coley oil pressure gauge, Isotta temperature gauge, a later Smiths fuel gage, and Jaeger clock and speedometer. A once present sunroof hole in the headliner appears long covered. Under the hood the engine has mellowed to a lovely bronze hue. The handsome coupe coachwork has huge potential with a bit of refurbishment. 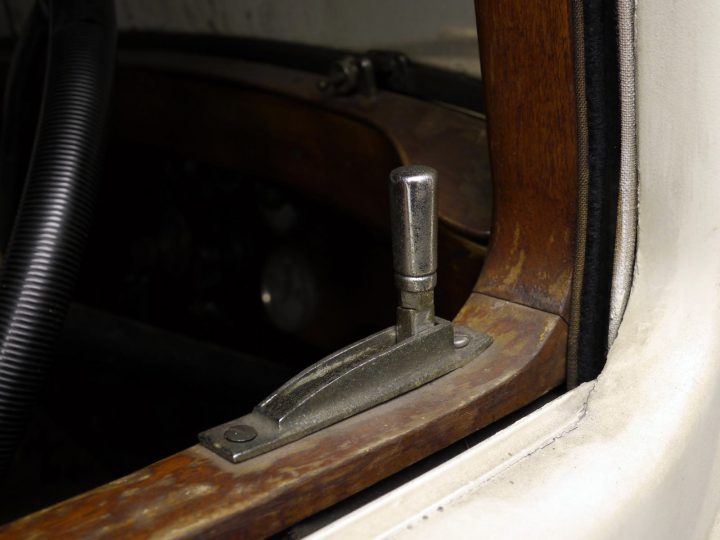 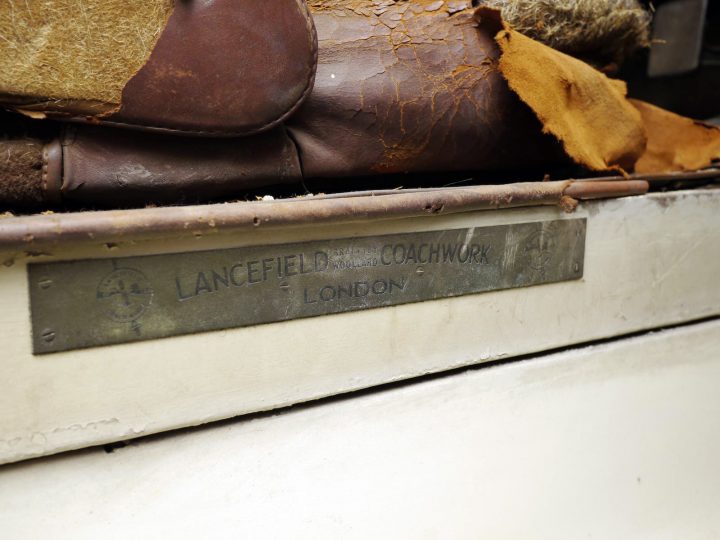 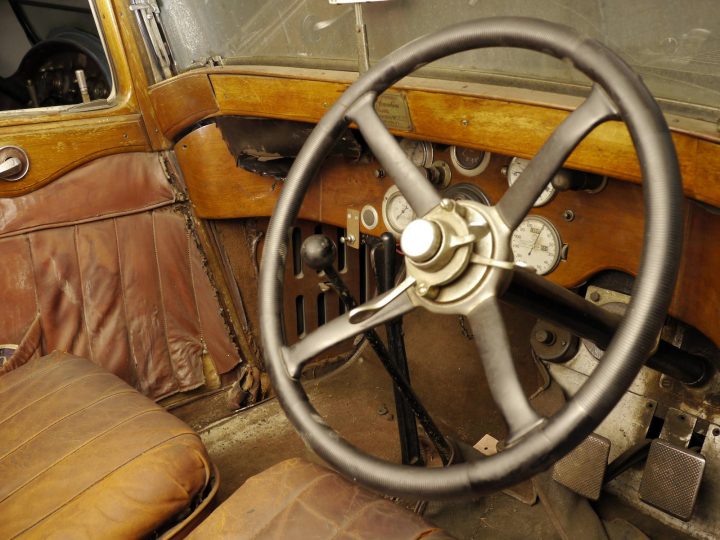 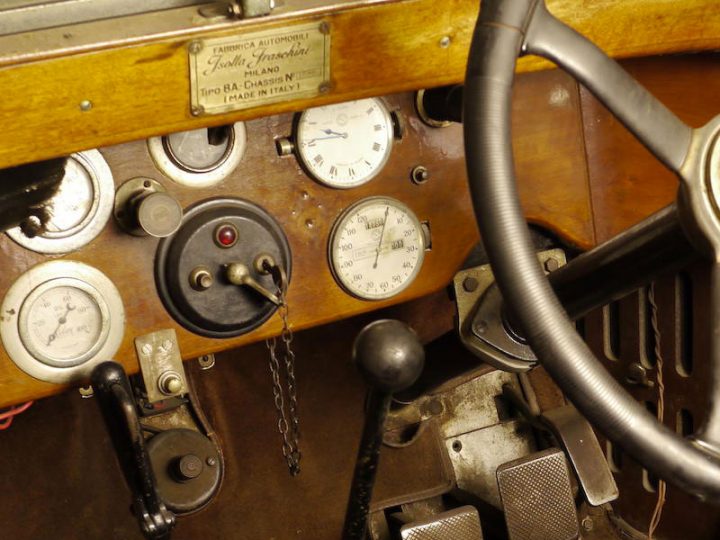 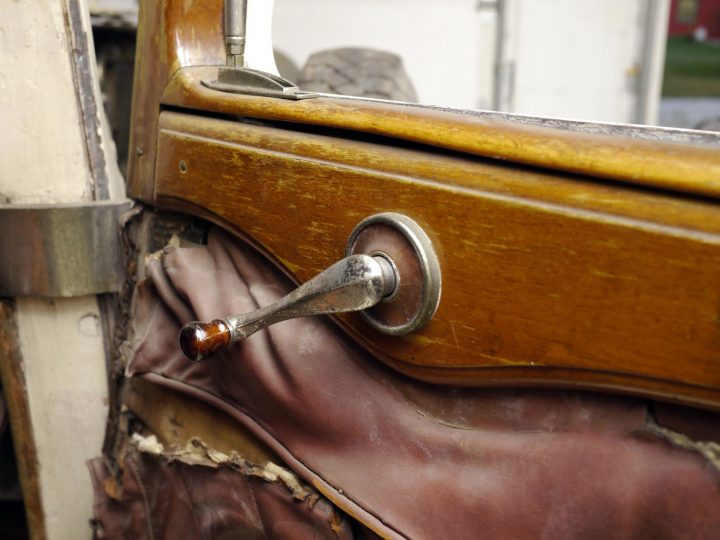 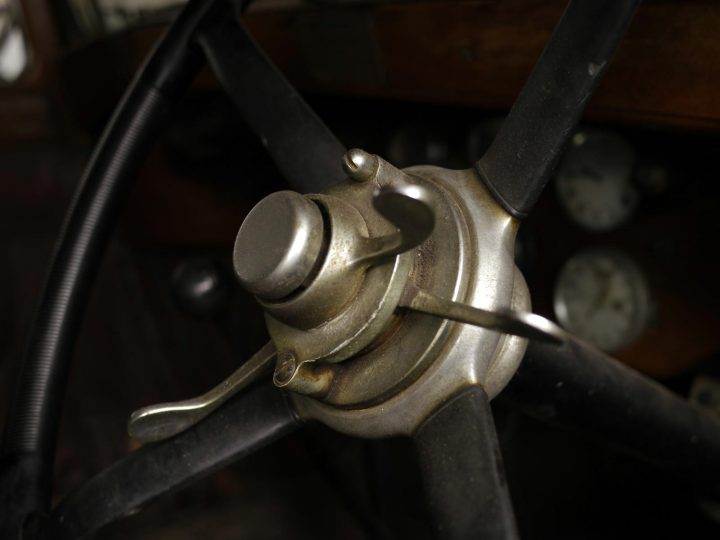 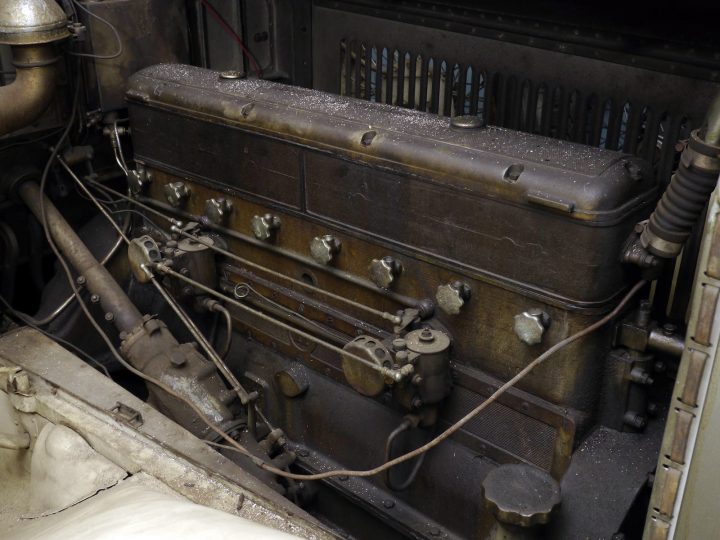 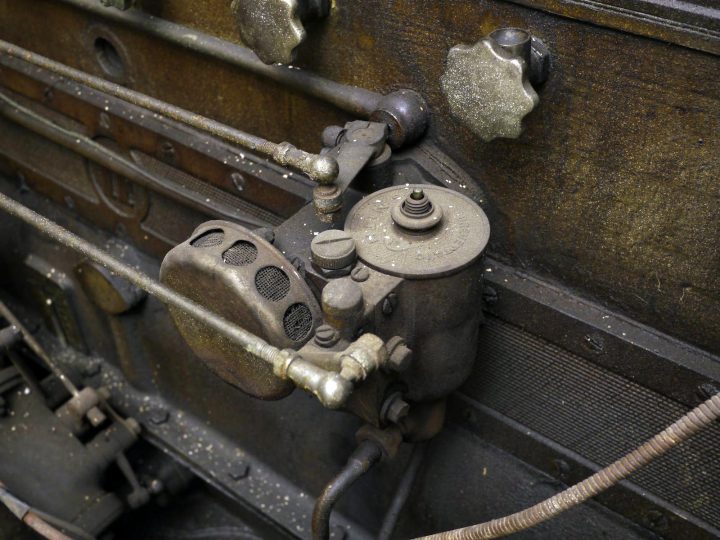 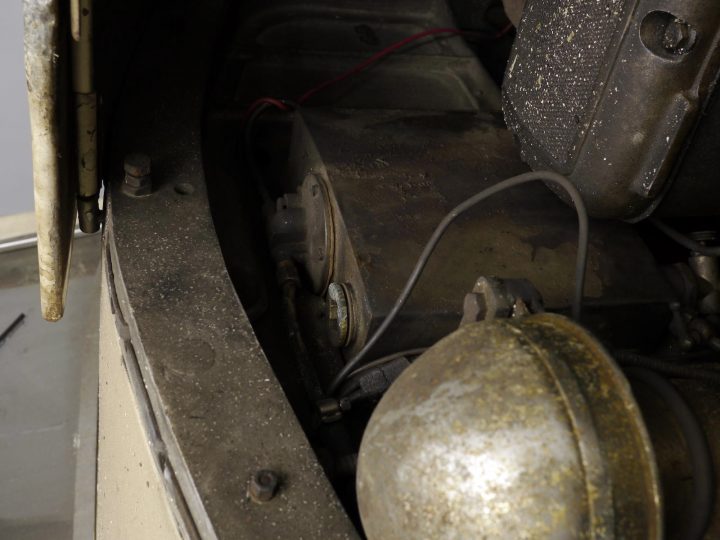 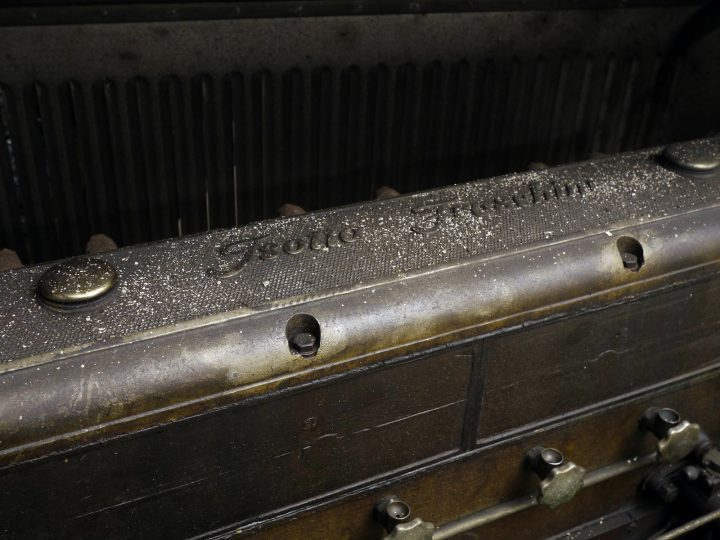 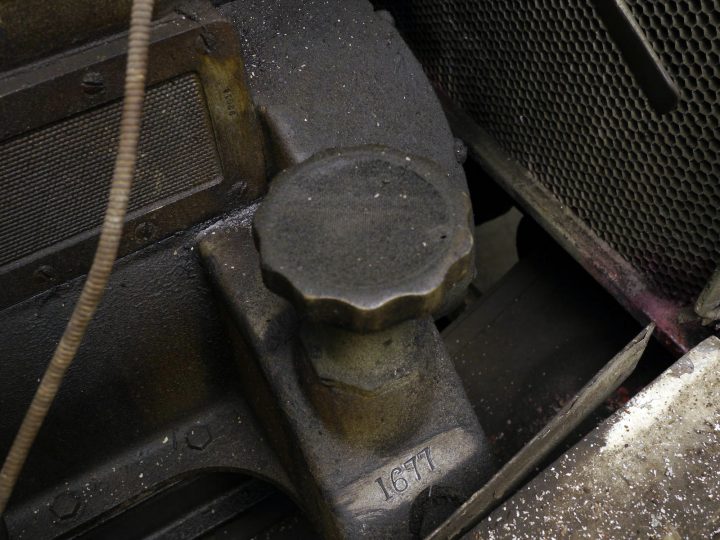 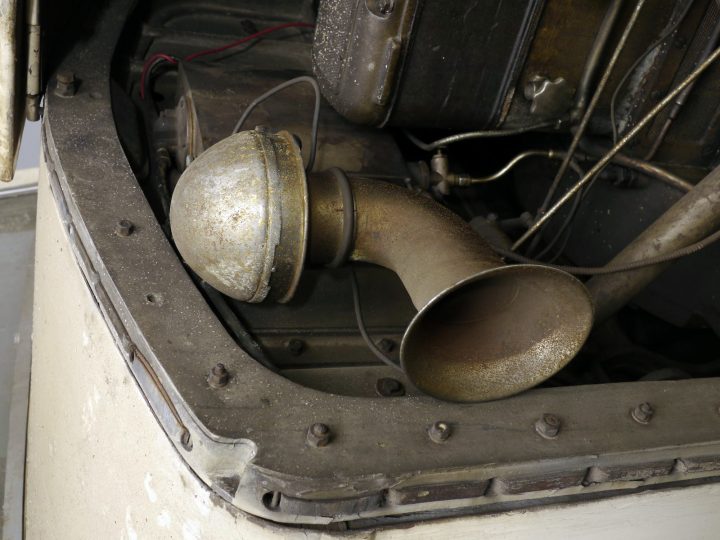