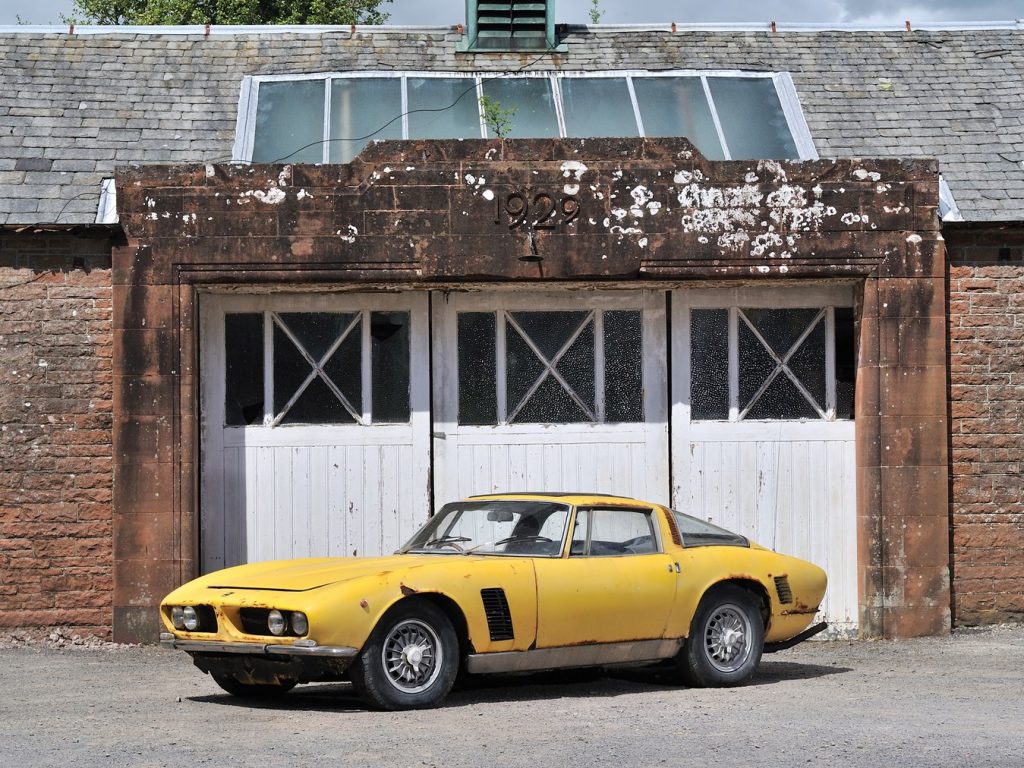 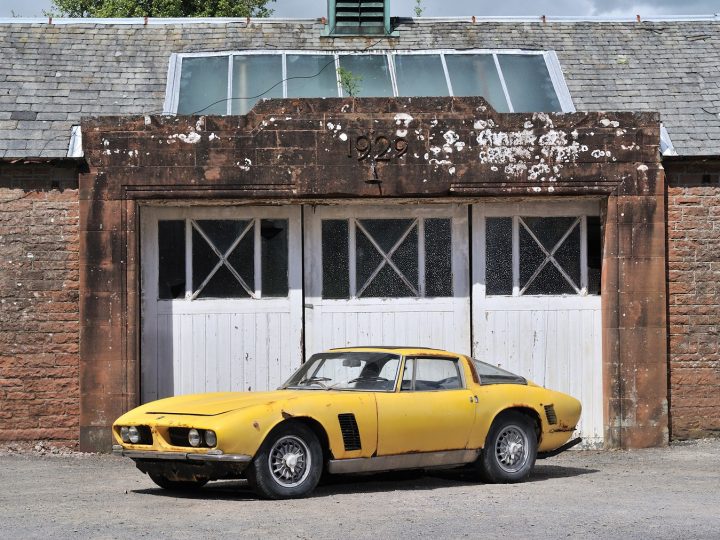 By World War II’s end, as Italy re-tooled for peace, Rivolta turned to the manufacture of motorcycles, scooters, and tricycles. Amongst these were the Furetto, the Isoscooter, and the Isocarro. By the 1960s, Rivolta had embarked on performance car manufacture. Working with engineer Giotto Bizzarrini, designer Giorgetto Giugiaro, and coachbuilder Bertone, he created the Iso Rivolta, which was introduced at the 1962 Torino Auto Show. 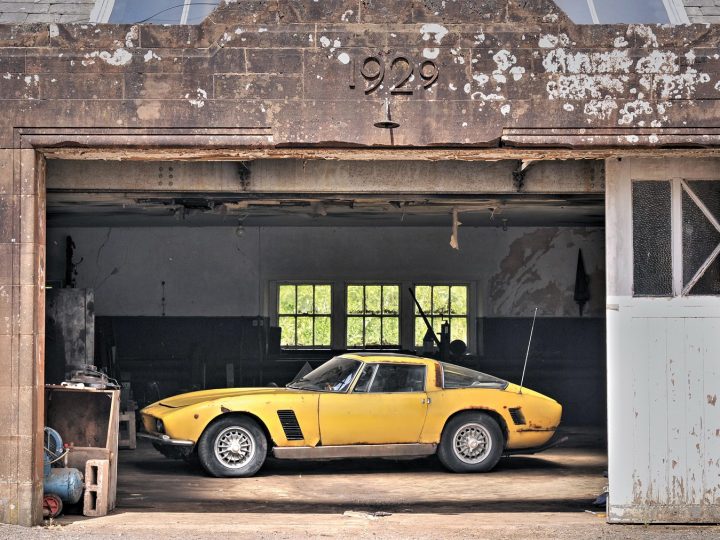 As a follow-up, the Bizarrini-Giugiaro-Bertone team came up with the Iso Grifo in 1963. The Grifo A3/L utilised Chevrolet power components and was considerably more streamlined than the Rivolta. It would later be joined by an A3/C competition version. The cars were driven by the Borg-Warner “top-loader” four-speed, also as used in the Corvette, although a five-speed ZF gearbox was offered late in the series. Production of the Iso Grifo continued into 1974, by which 5.8-litre units from Ford became available. In all, just 413 Iso Grifos of all configurations were built. 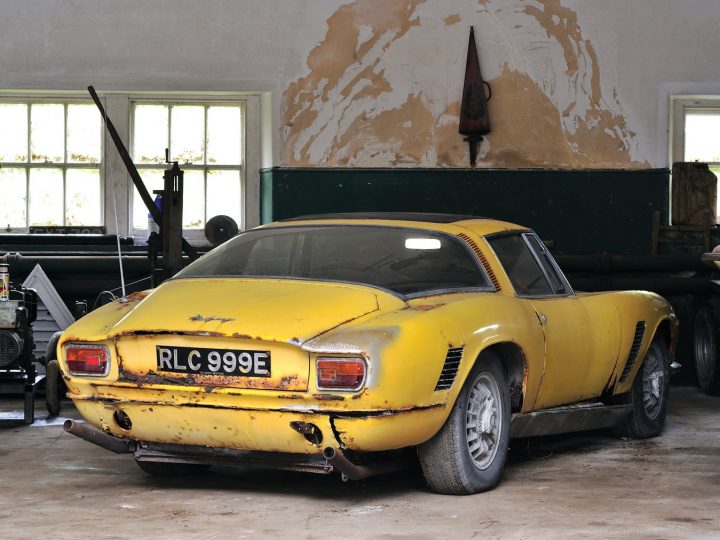 The Grifo GL presented here is one of about 34 right-hand-drive Series I examples produced. It was acquired by the current owner as a solid original car in 1986 and was subsequently sent to a restorer to be refinished in burgundy to match the London Motor Show car, which he had decided to sell a number of years before The work was never carried out, and the car spent over two decades in storage before its recent rediscovery. While in need of significant body restoration, it remains very complete, down to the dashboard instruments and the exterior trim; even the rear bumpers removed in preparation for the beginning of the restoration remain in the boot where they were placed decades before. The 327 V-8 and four-speed transmission are both believed to be original to the car. 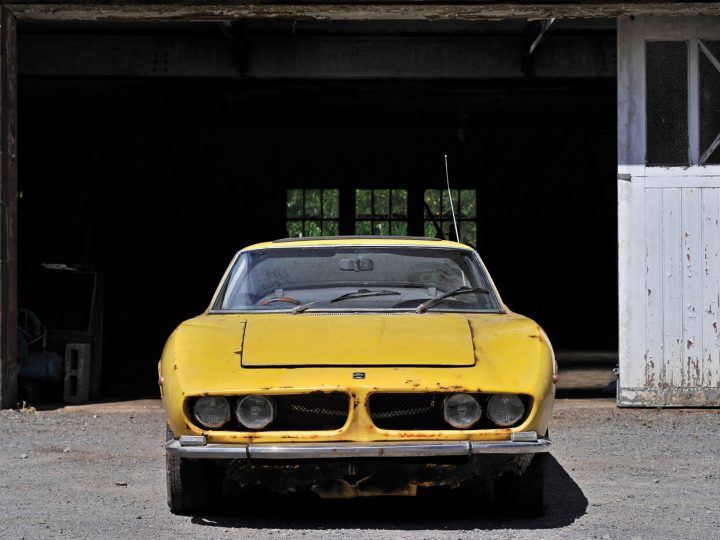 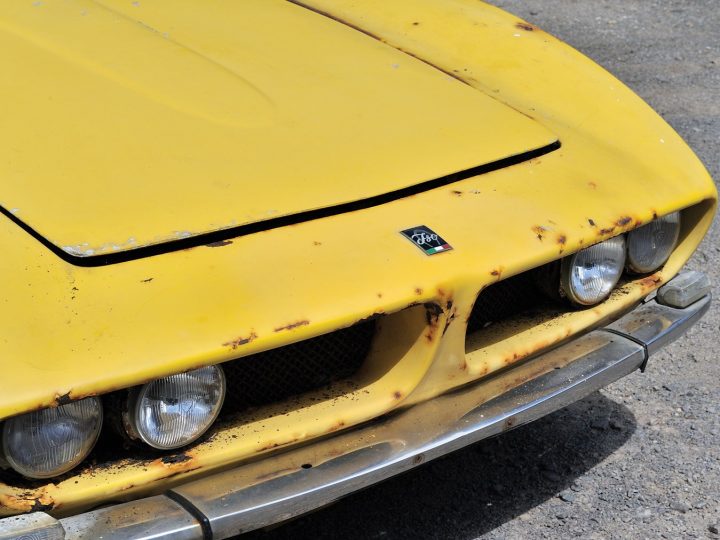 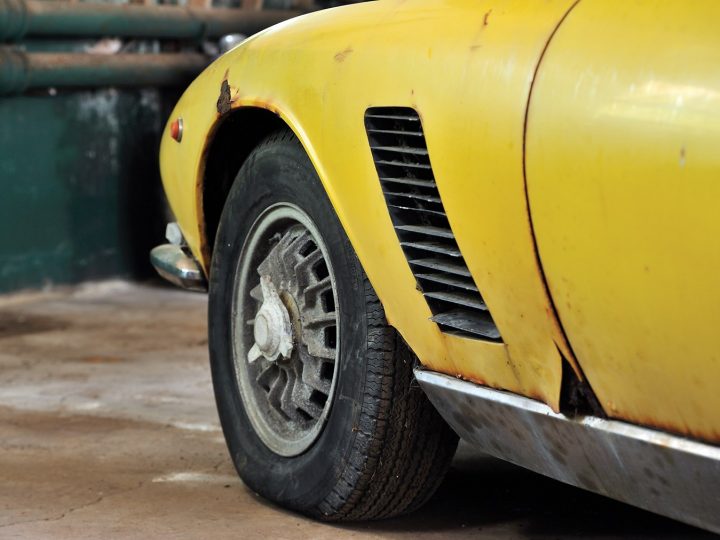 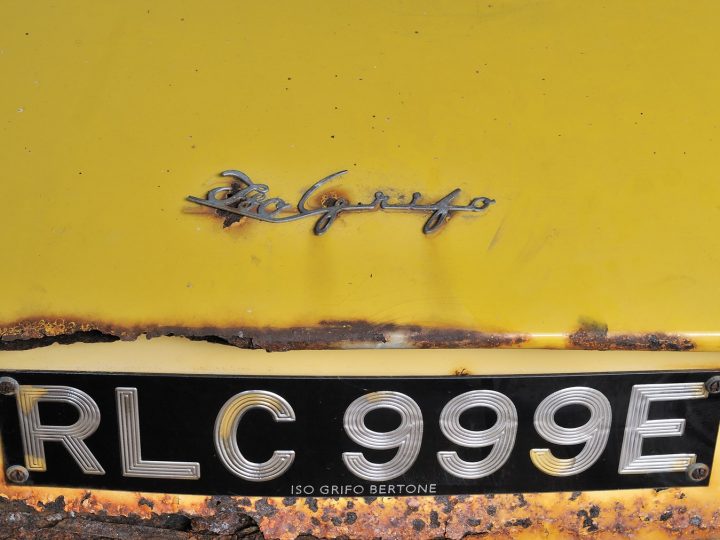 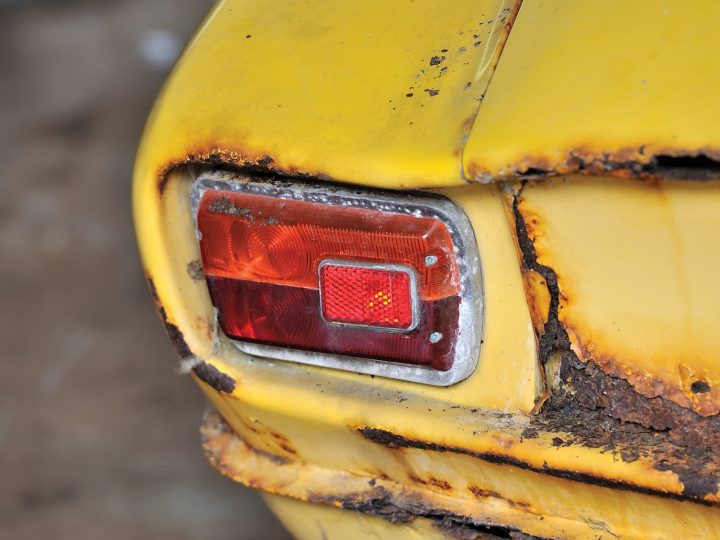 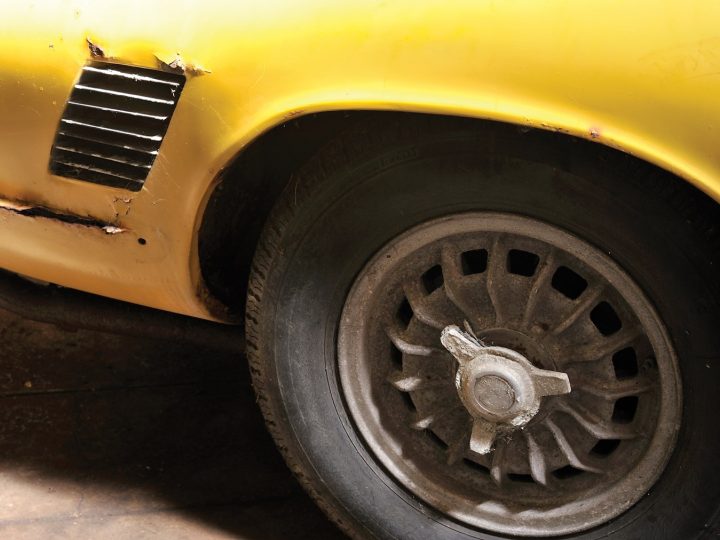 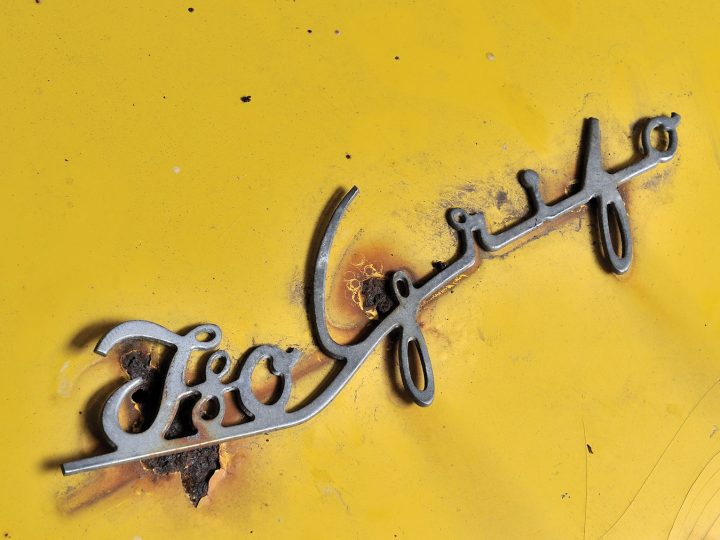 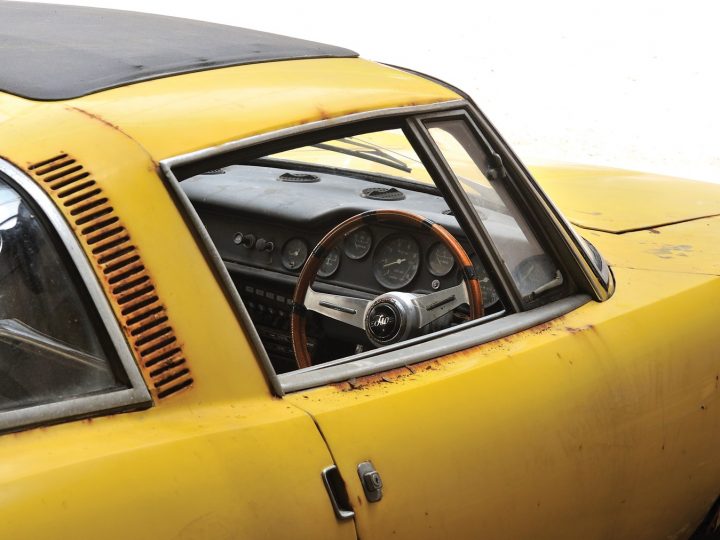 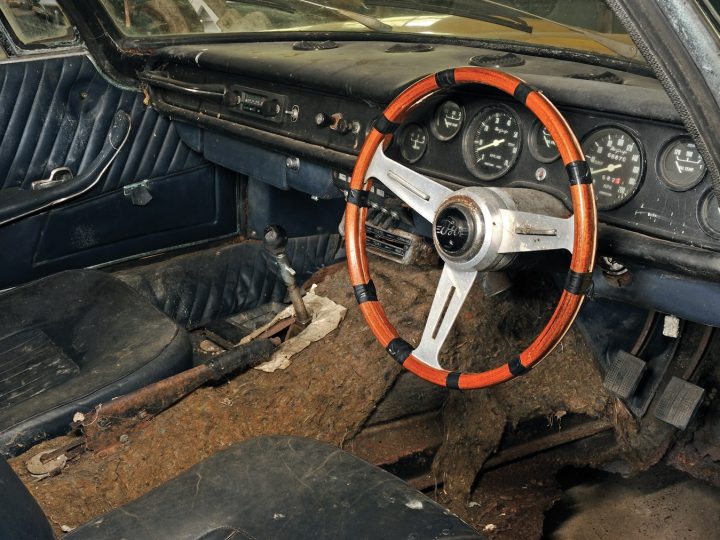 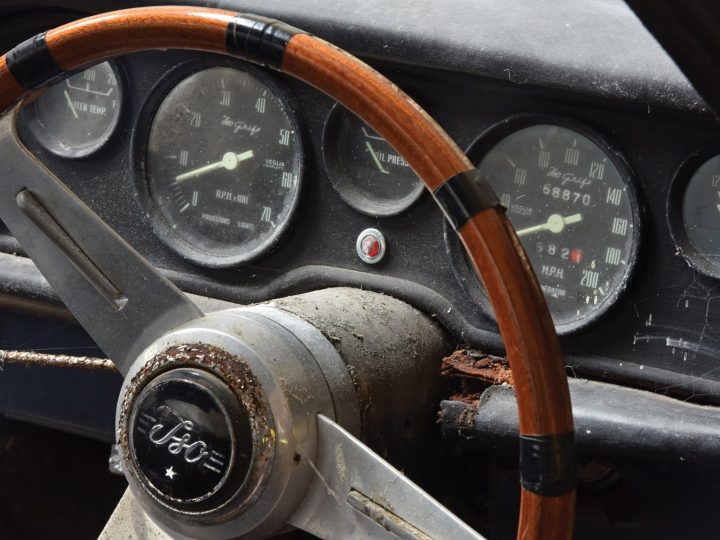 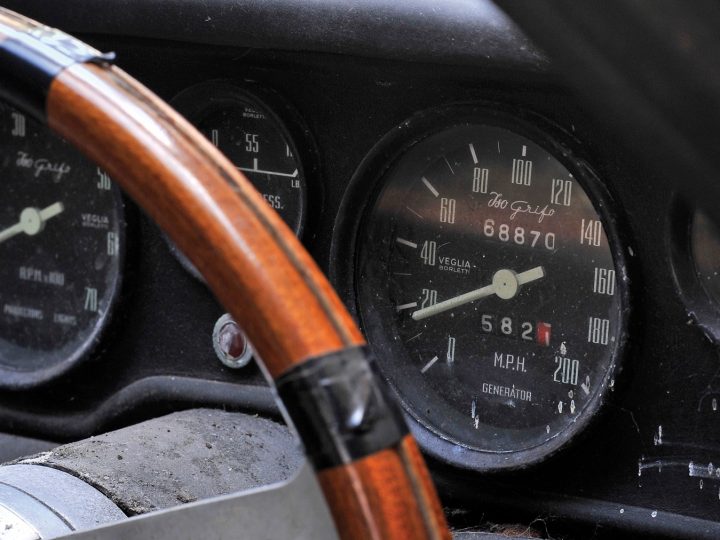 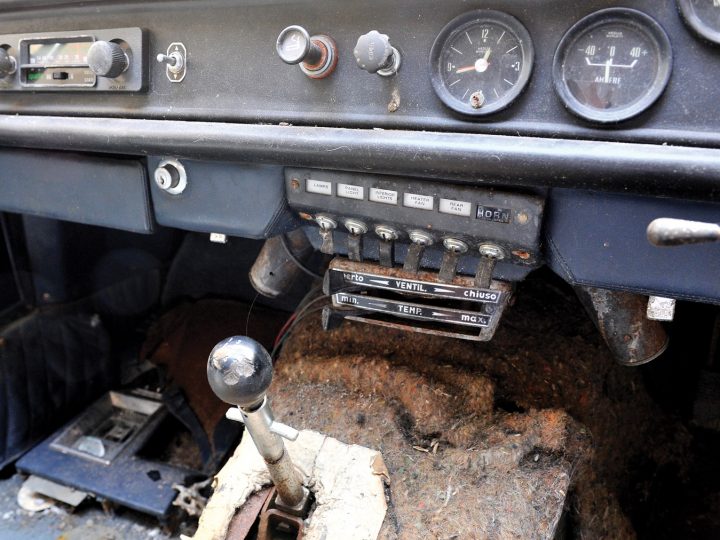 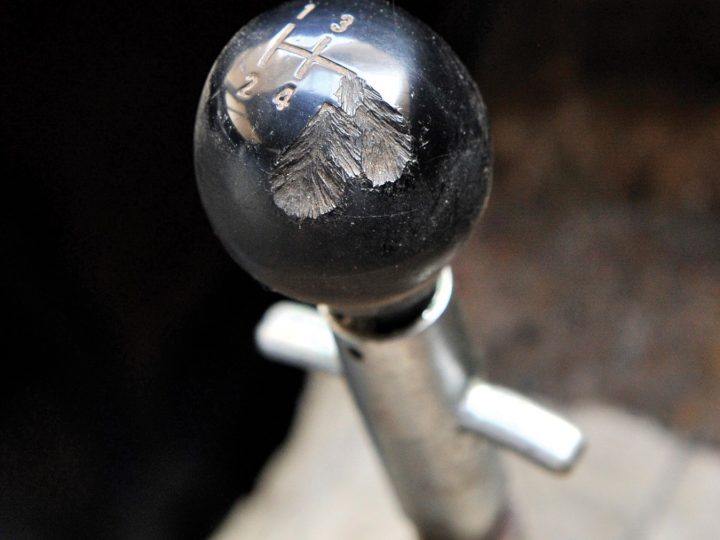 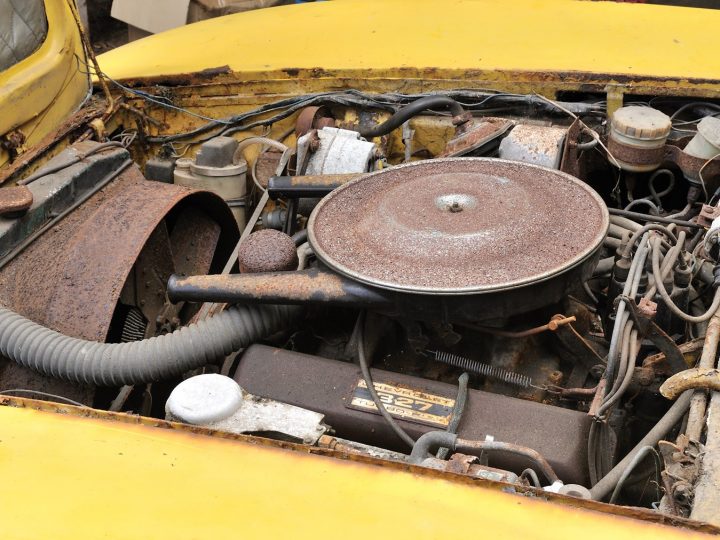 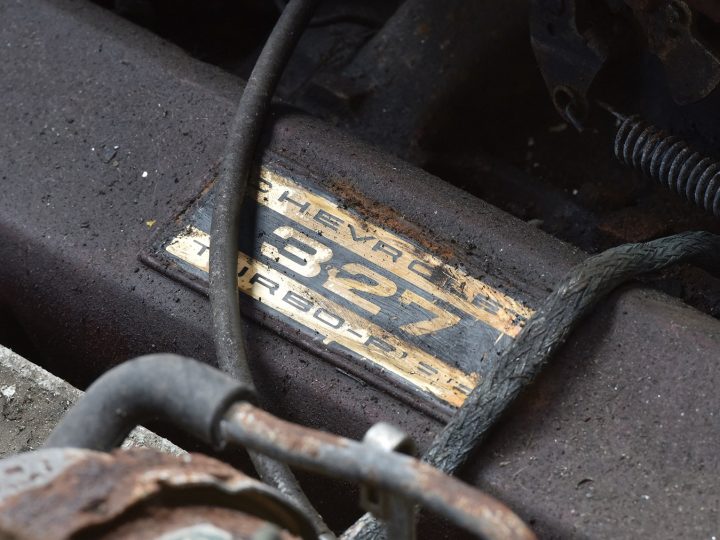 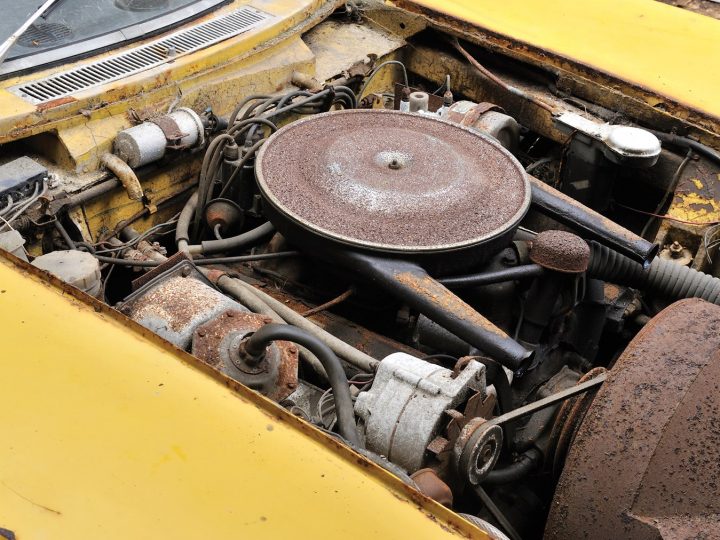 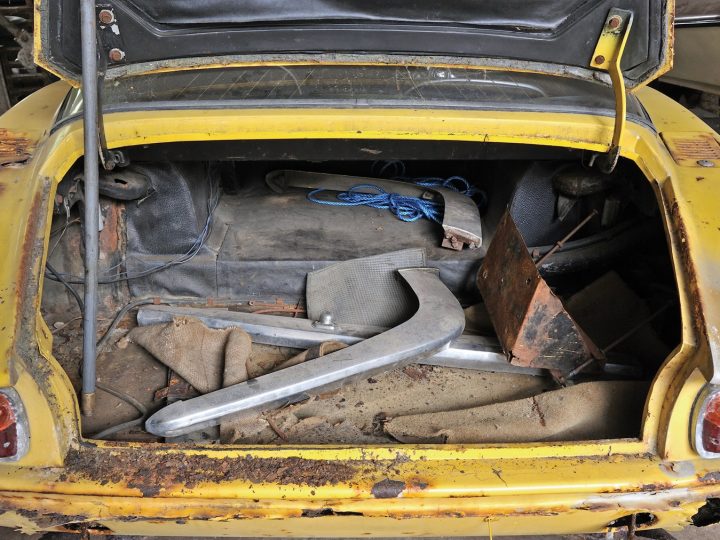 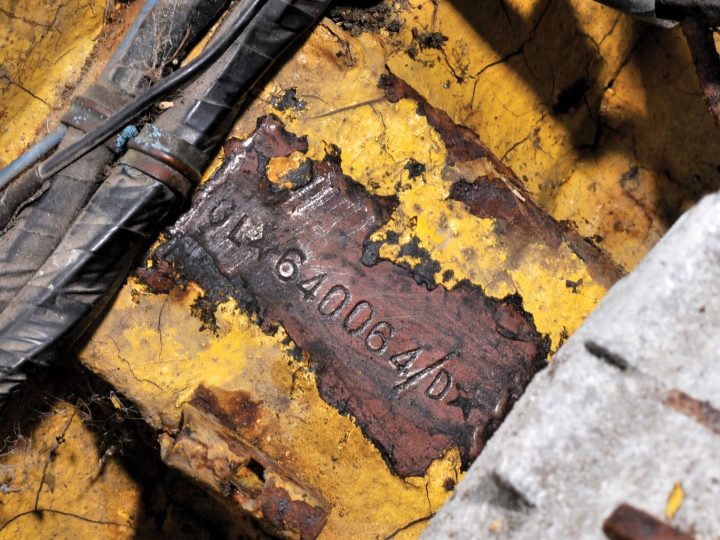