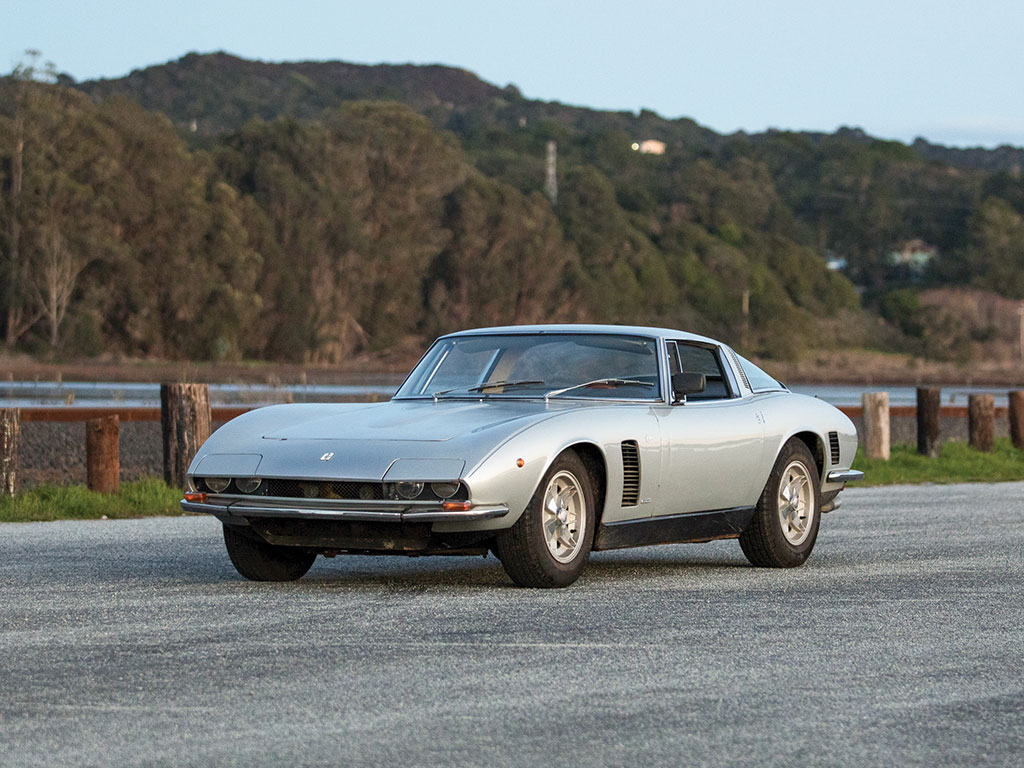 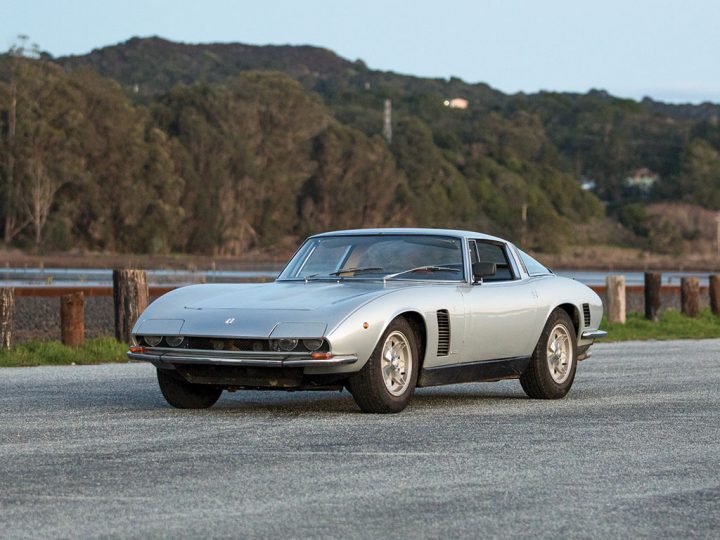 Chassis number 336, offered here, has a fascinating early history. Constructed in October 1970, and fitted with the Chevrolet 350/350 engine, highly desirable five-speed ZF gearbox option, and air conditioning, it was the prototype Series II. The Grifo was then exhibited at the 1970 Turin Motor Show, finished in Polo White with blue leather interior. Notably, the original build sheet has “SAL. TORINO” inscribed upon it, and it is also believed that the car was used for other promotional events and advertising. Furthermore, it was featured in the original Iso Grifo publicity brochure as well as other PR photos, and was the personal car of Piero Rivolta, who had succeeded his father as Managing Director of the company upon his death in 1966. 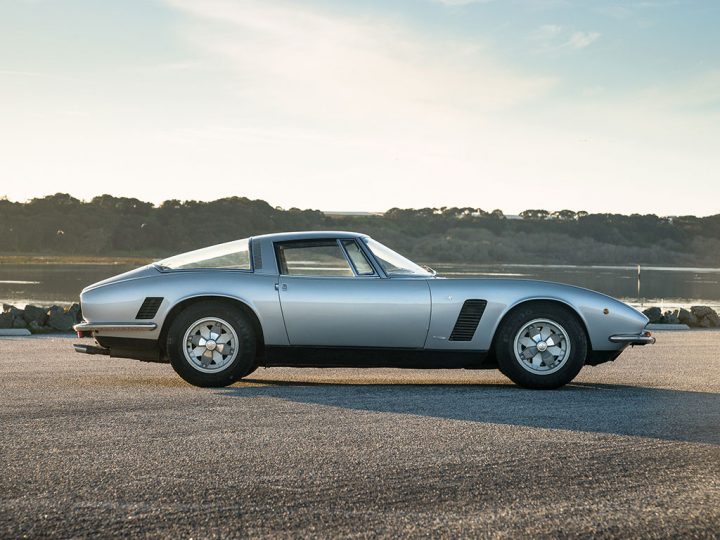 As is common with many prototypes, this car retains a number of distinctive or, in some cases, unique features. It was the first Grifo to be supplied with covered headlamps, and the first of just 17 “long-nose” cars, known as the Grifo Series II, or IR8. While in the custody of Piero Rivolta, the original engine was damaged – thought to have been caused by insufficient airflow to the radiator – and revisions were made to the Series I-style front valance as a result. This revision was then incorporated on later Series II cars. Chassis number 336 was also fitted with a thicker wood rim steering wheel, apparently in response to Piero Rivolta wanting a more sporting appearance for the motor show car. Finally, the dashboard is fitted with a distinctive wooden “ISORIVOLTA” plaque, fitted for publicity purposes. This necessitated relocating some of the dash controls to the panel immediately forward of the gear lever as a result, and is contrary to usual “production” Grifo practice. 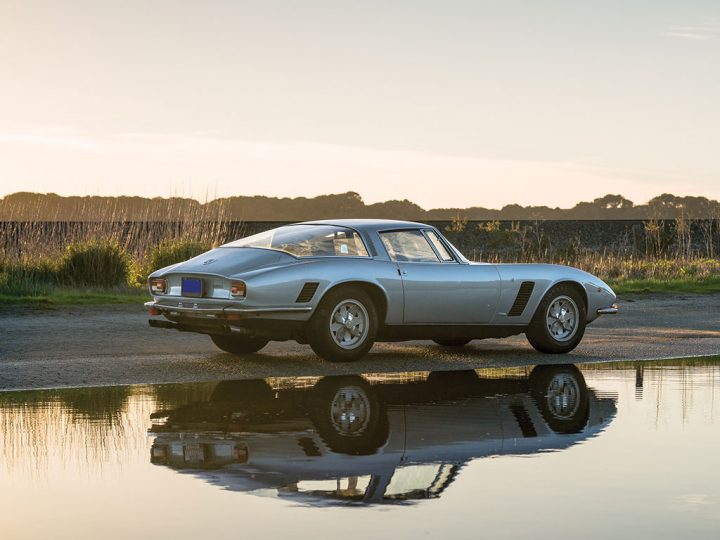 The car was imported into the United States in 1982 and has been with its current Californian custodian, a founding member of the Iso Bizzarrini Owner’s Club, since 1996. Having resided in either Italy or the United States for its entire life, the car remains in a remarkably preserved state which has in no way compromised its structural integrity, and has covered only a little over 87,000 kilometers from new. The vendor believes that the car was repainted silver prior to leaving the factory (the original white paint is still underneath), while the blue interior remains completely original, with the exception of the rear parcel shelf, which has been re-trimmed in black vinyl. It sits on Campagnolo alloy wheels, is fitted with a period-correct Becker Mexico radio, and even retains the original “Iso” stamped ignition key. 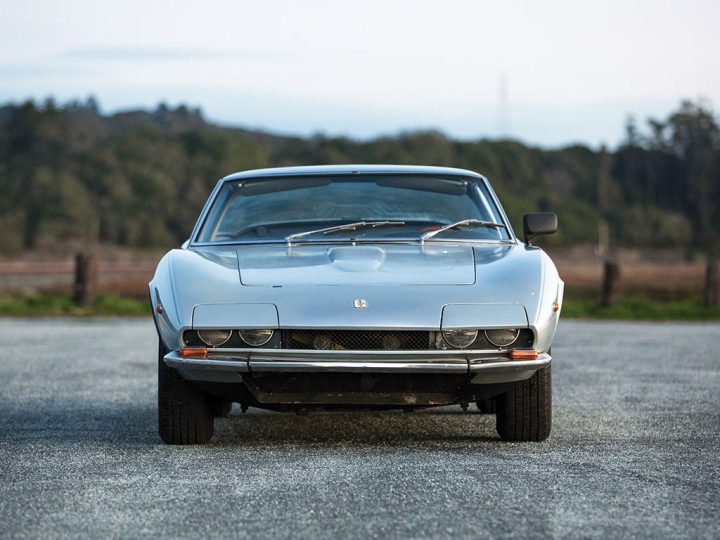 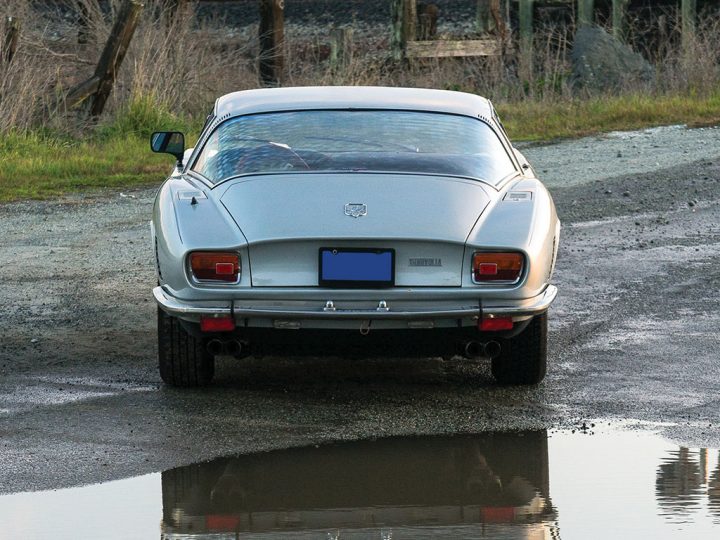 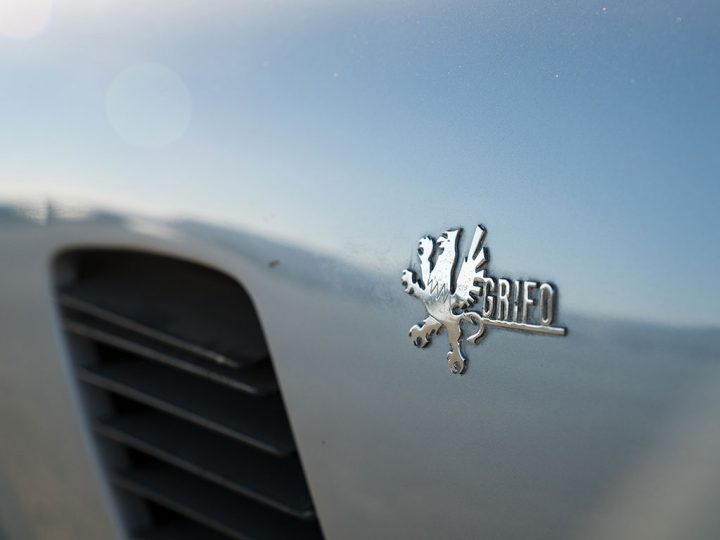 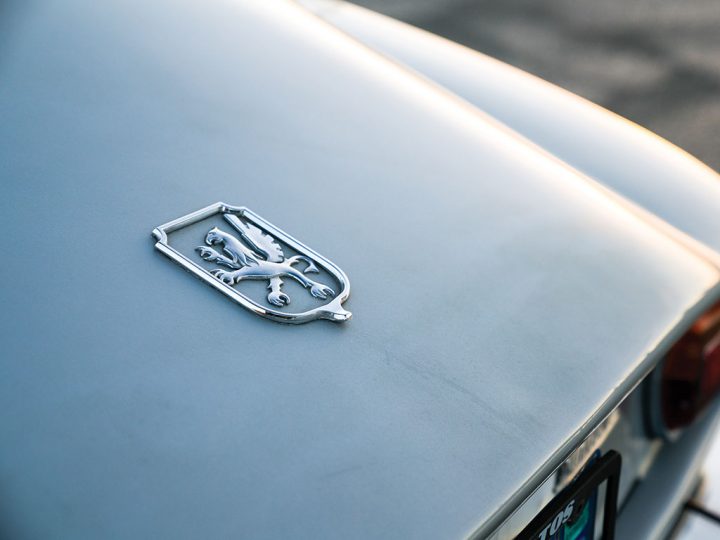 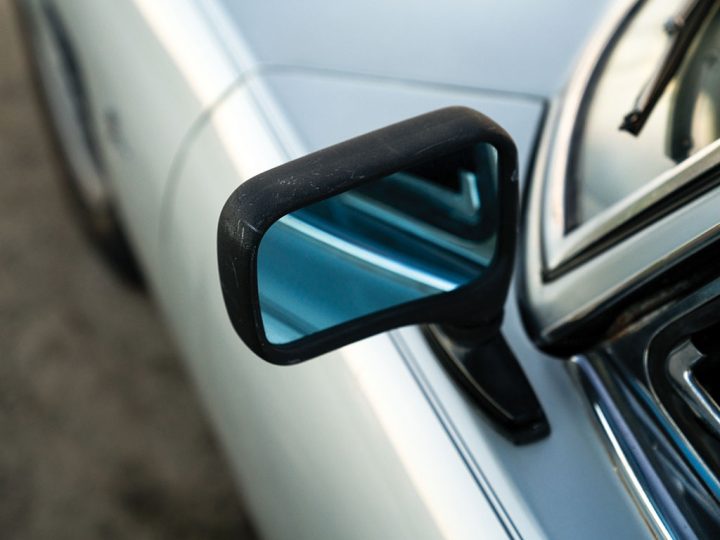 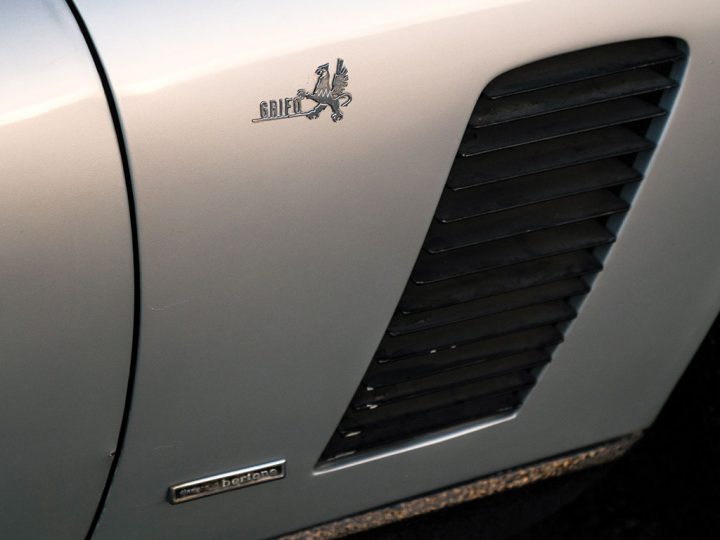 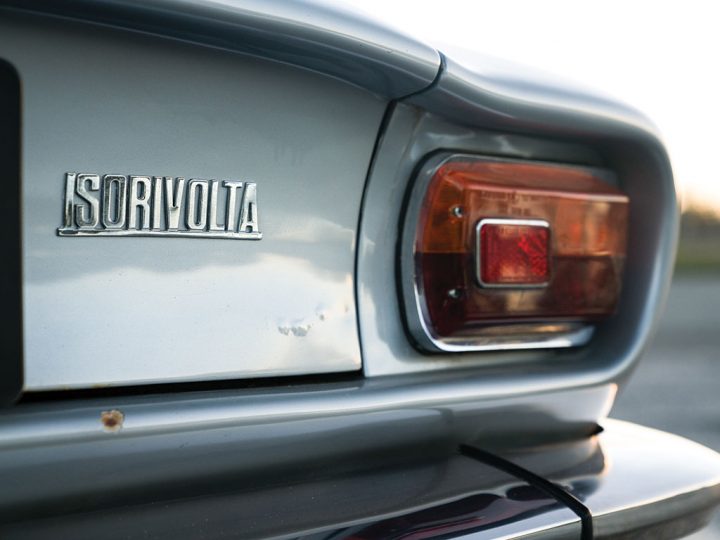 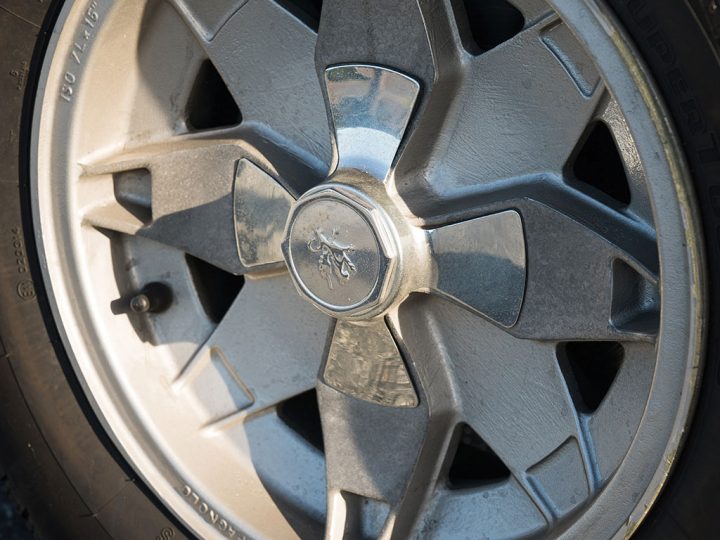 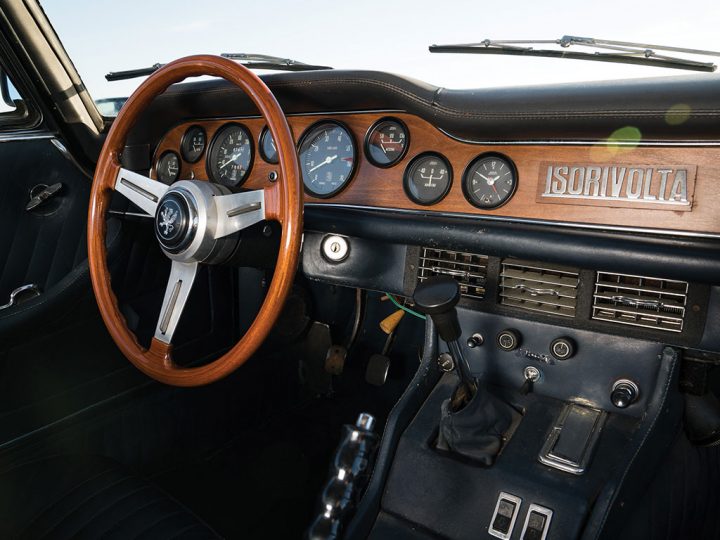 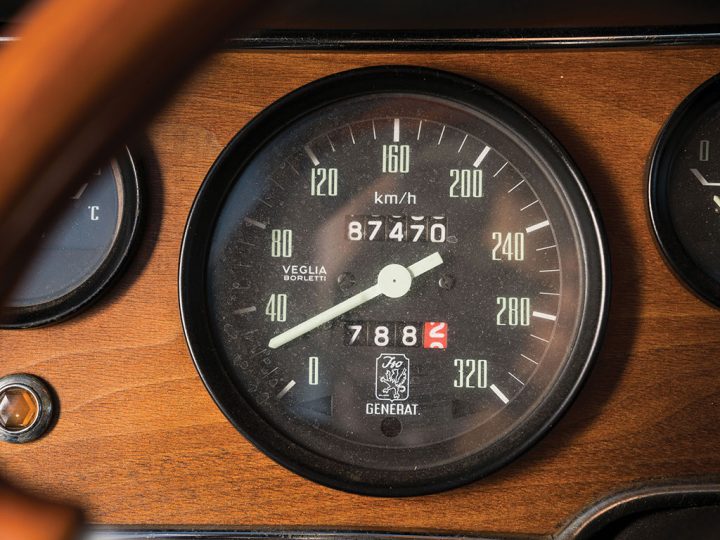 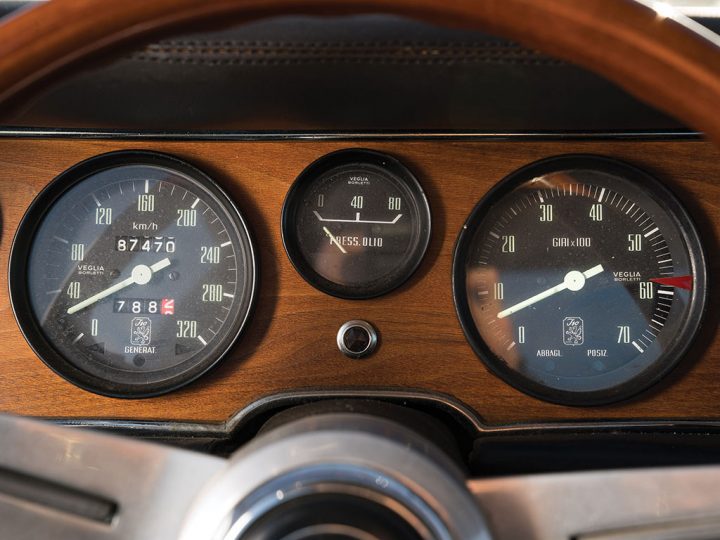 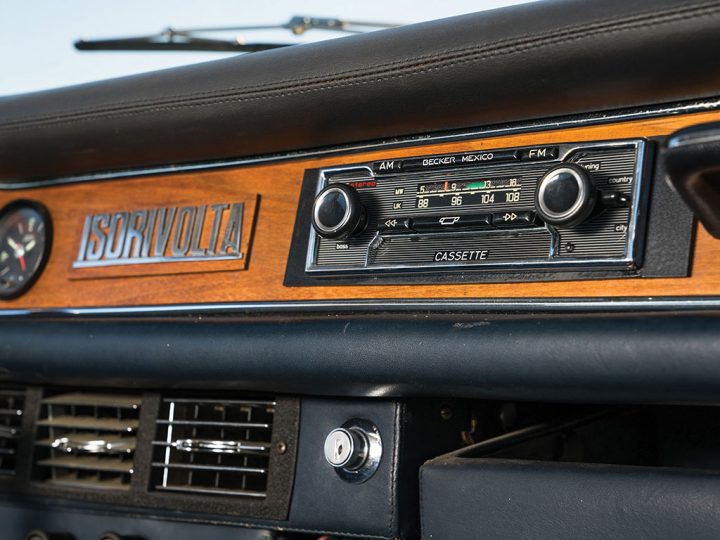 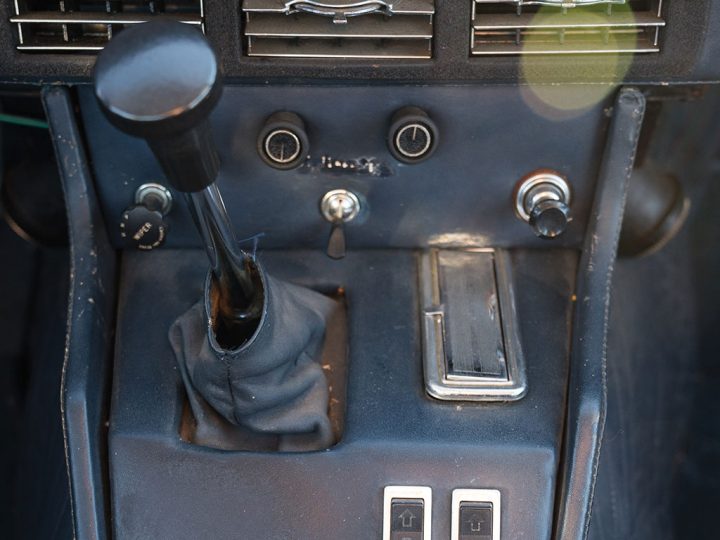 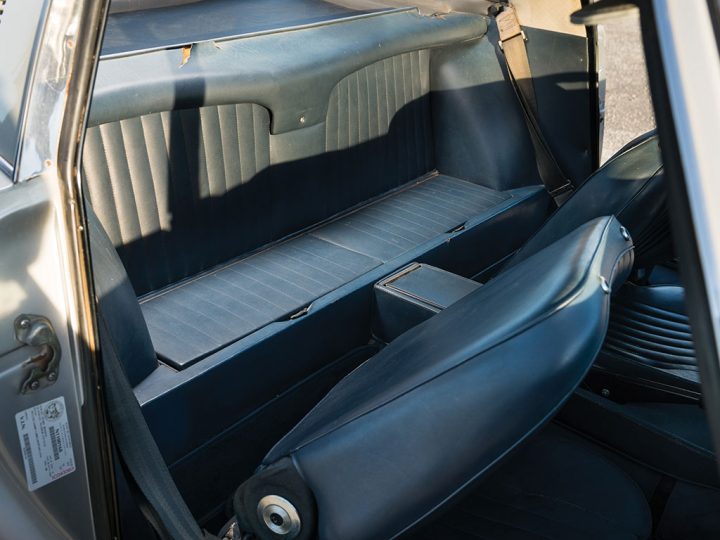 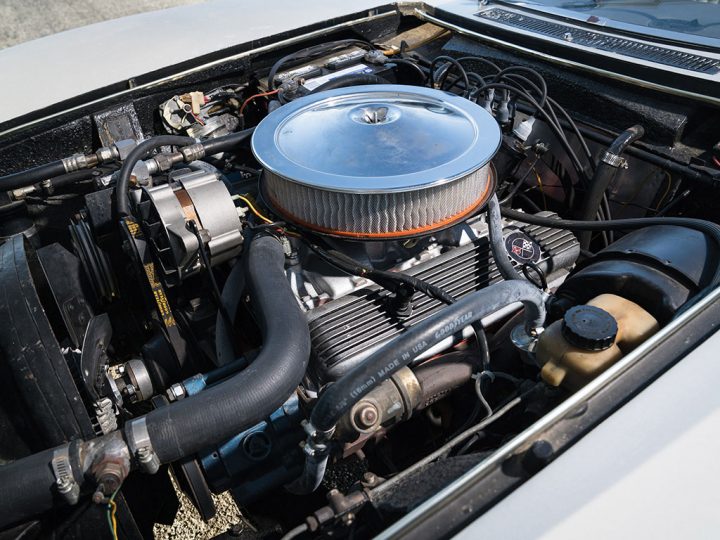 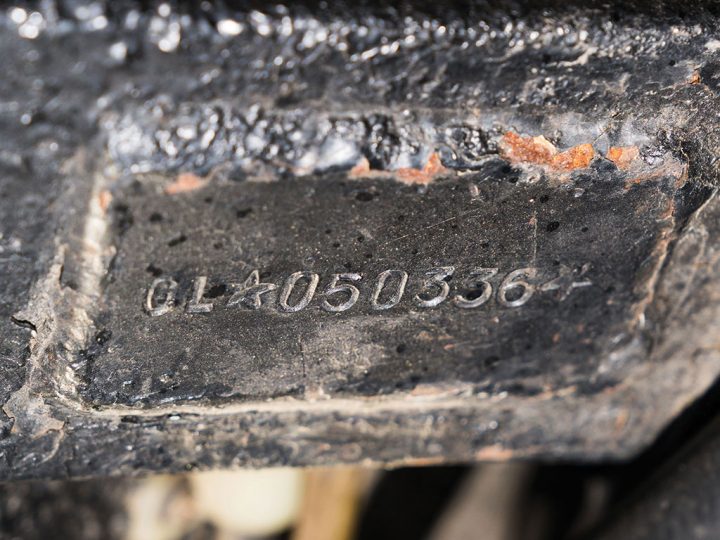 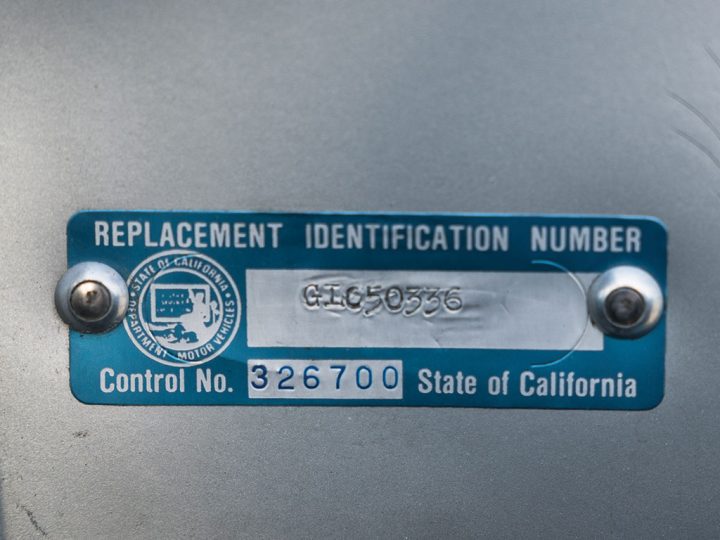 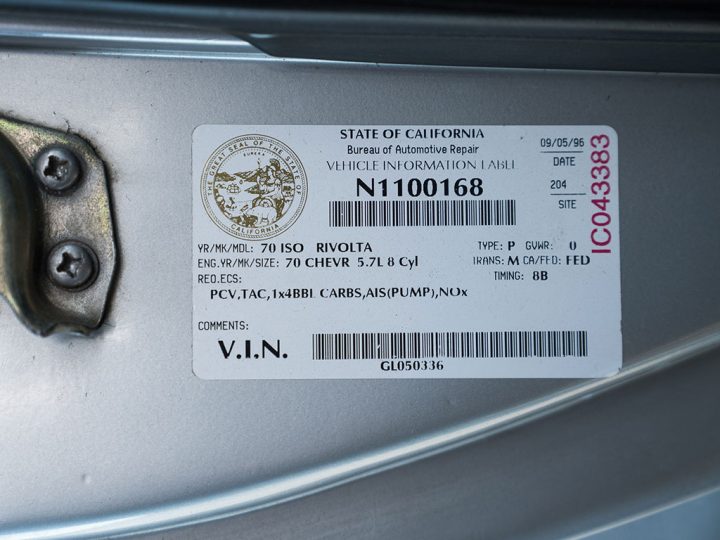