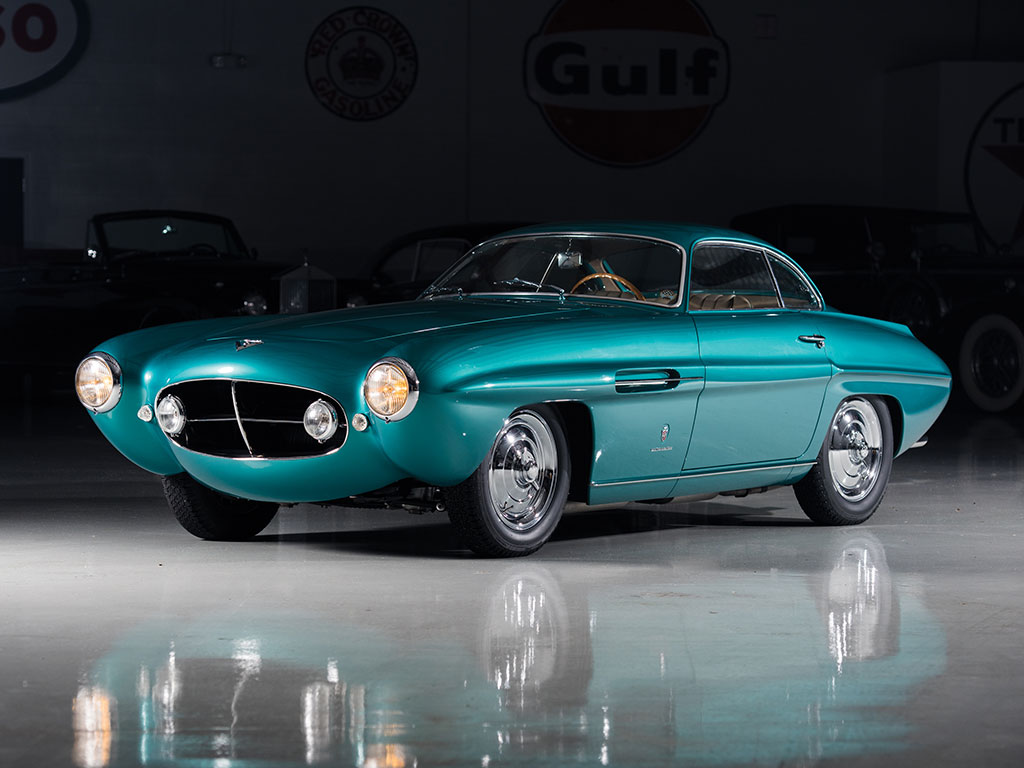 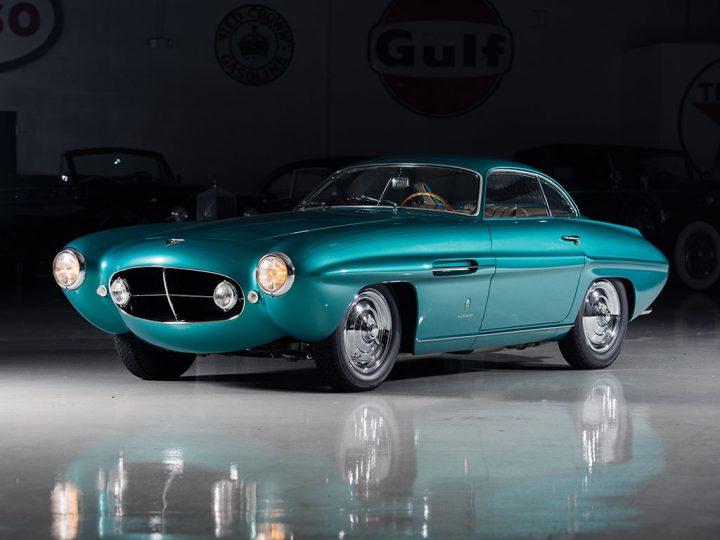 Fiat’s most legendary, significant, and storied production model, the 8V was aptly described by Road & Track in 1952 as being “the biggest surprise of the year.” Although the company traces its roots to 1899 and built competition cars both massive and magnificent in the early twentieth century, after WWII the company was known largely for its mass-produced automobiles for the common man, vehicles like the tiny “Topolino” that had put a nation on wheels and become among the most popular in Europe. Therefore, it came as a shock to the automotive world when FIAT suddenly introduced a powerful sports car with an advanced overhead-valve light alloy V-8 engine, Siata-fabricated chassis, and four-wheel independent suspension, which could be and was successfully raced by privateers all over the world. 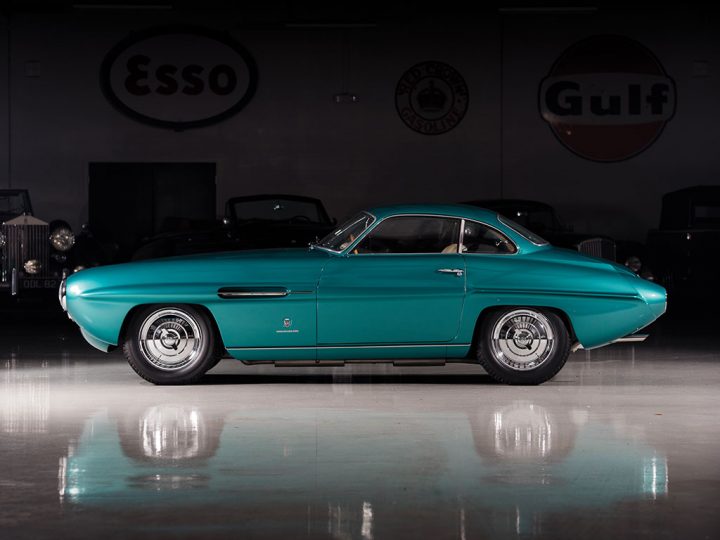 Like most sophisticated chassis of the time, the 8V lent itself handsomely to custom coachwork, which Fiat encouraged. Carrozzeria Ghia of Torino accounted for approximately 30 to 40 of the 140 8V chassis built, of which the most striking were the 15 bodied to Giovanni Savonuzzi’s stunning Jet Age design, known, simply and appropriately, as the Supersonic. 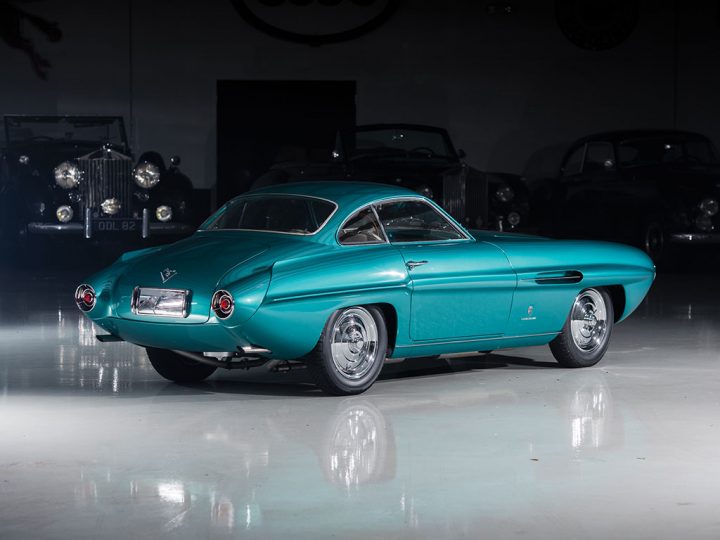 The Supersonic design had originally been proposed for an Alfa Romeo racing car, which Savonuzzi gave a steeply raked, long windshield; a curved nose that formed a straight-through beltline, ending at small tailfins flaring off lights intended to resemble jet afterburners; and a low, glassy greenhouse. Similar styling on an 8V chassis was subsequently ordered by American designer Paul Farago, and 14 more copies followed, all of which had detail differences but remained largely true to Savonuzzi’s original and dramatic design. They are considered the most sought-after and desirable 8Vs, as they boast the best combination of avant garde design from the Jet Age. 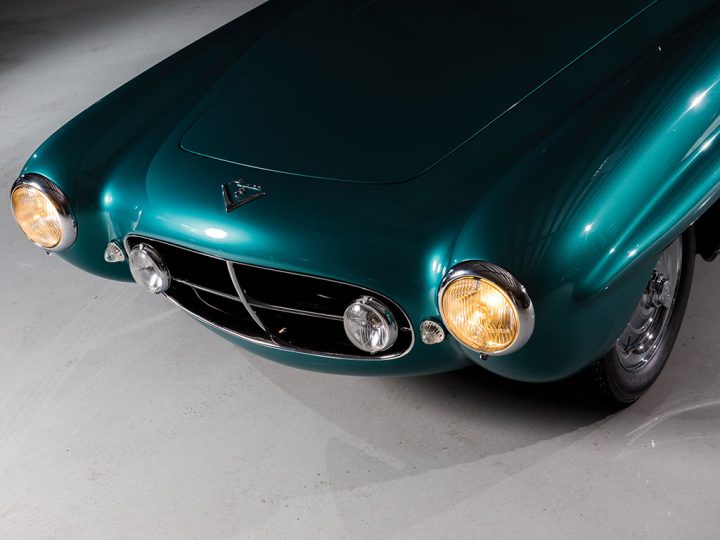 According to Tony Adriaensens’ definitive 2012 book on the 8V, chassis number 000049 with engine number 000085 was released from the Fiat factory on Wednesday, 14 July 1953, and received the tenth Supersonic body built (stamped on the body as “810”). According to previous owner Gerald Farber, the car is believed to have been that shown at the 1954 Geneva International Motor Show. It was actually exported to the United States by Chrysler chairman K.T. Keller, amusing for a man who famously dictated that the roof height of his products had to accommodate a gentleman’s hat. For all his conservatism, however, Keller also encouraged his stylists to collaborate with Ghia, spawning numerous collaborations. So, his bringing the 8V to the United States may well have been in that spirit. He subsequently arranged the sale of the 8V to its original owner, Lou “The Speed King” Fageol, a three-time Gold Cup-winning powerboat racer, as well as one of the brothers whose Twin Coach bus company built several interesting twin-engined racing cars. 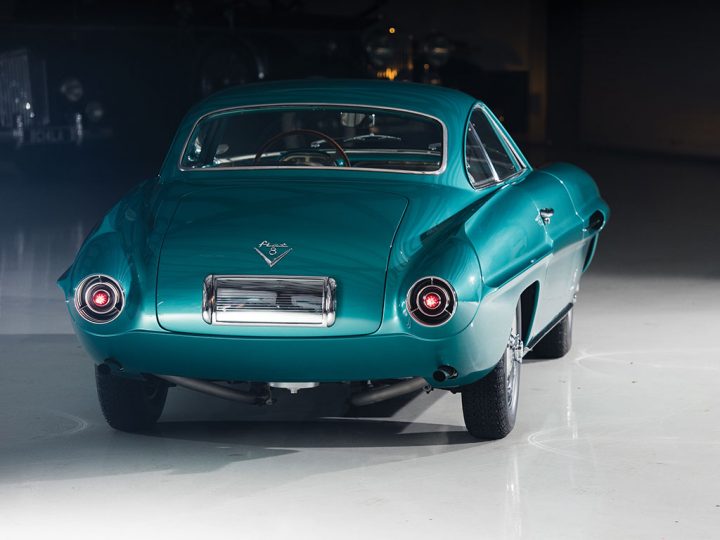 Mr. Fageol exhibited his staggeringly futuristic new toy at the 7th Annual Pebble Beach Concours d’Elegance, then just a sports car show on the Monterey Peninsula, where the Supersonic was shown in Class D, “European Sports Cars over $10,000.” He then customized the car, including riveting Imperial-style fins on the rear fenders and adding a “continental kit” – both, fortunately, made as “add-ons,” with no cutting of original metal, and both reversed by Mr. Fageol’s son following his father’s passing in 1961. 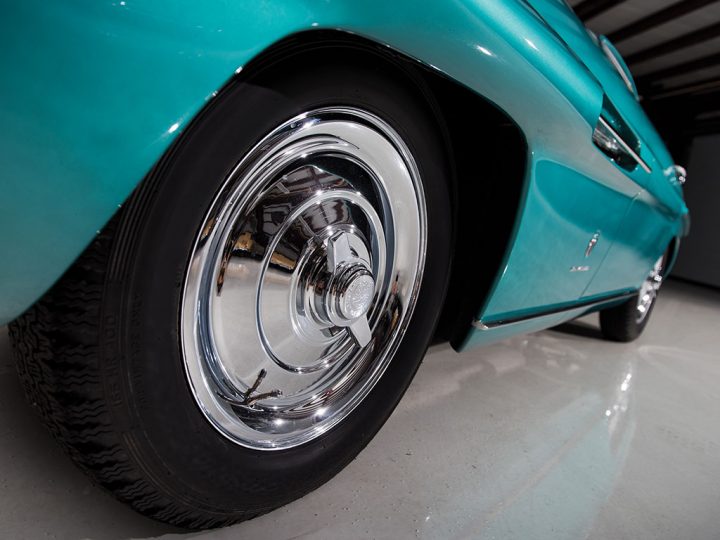 The Fageol family sold the 8V in 1968 to Ed Hieshetter, who passed the car in 1976 to none other than Paul Lazaros, the former employee of Paul Farago and a well-known 8V enthusiast. In 1979, Mr. Lazaros sold the ex-Fageol 8V Supersonic to Mr. Farber, who put it into proper storage while planning to restore it back to its original condition. Content to take his time and ensure that the work was done properly, he scrupulously researched the car, assembling a book of period photography and documentation that remains with it today. He was also able to locate the original engine, number 000085, replaced earlier in the car’s history with a Chevrolet engine, and reunited it with his correct chassis. 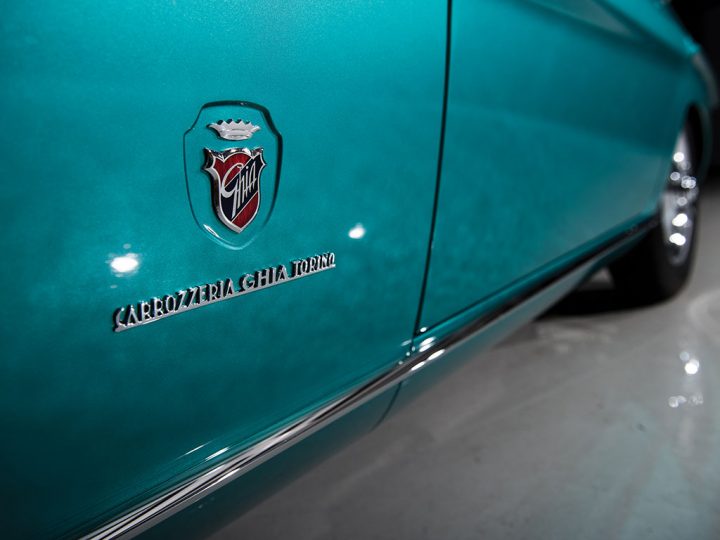 Mr. Farber finally began the long-awaited and well-researched restoration effort in March of 2007, aided by the extensive knowledge of Mr. Lazaros, who allowed his personal car, the unrestored original 8V Supersonic commissioned by Paul Farago, to be studied extensively as a basis. The tail lamps and wheel discs missing from the Farber car were precisely remanufactured using those of the Farago-Lazaros car as patterns. Lazaros Engineering itself handled the majority of the mechanical restoration of the car, including rebuilding the transmission, suspension, and drivetrain, as well as the dashboard switches. Dick Nuss’s Engine Machine Service of Englewood, California, a shop respected for its 8V expertise, rebuilt and upgraded the original Tipo 104 engine, so that the famously fragile engine would last well into the future, with upgraded rods, pistons, bearings, and valve springs. 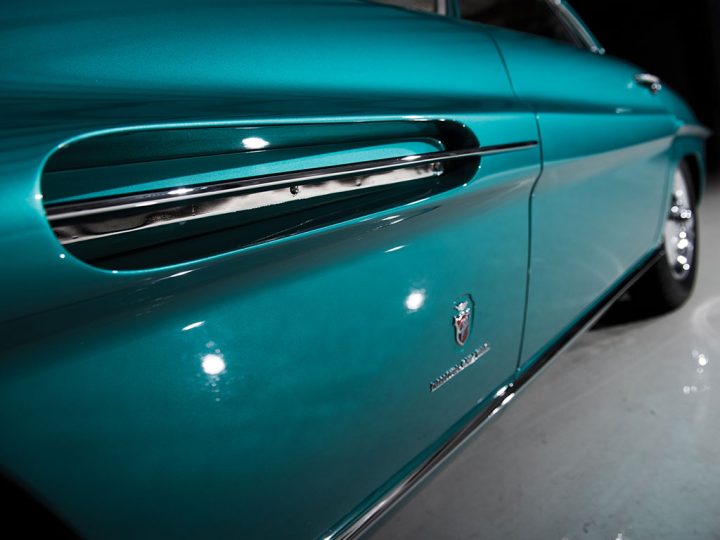 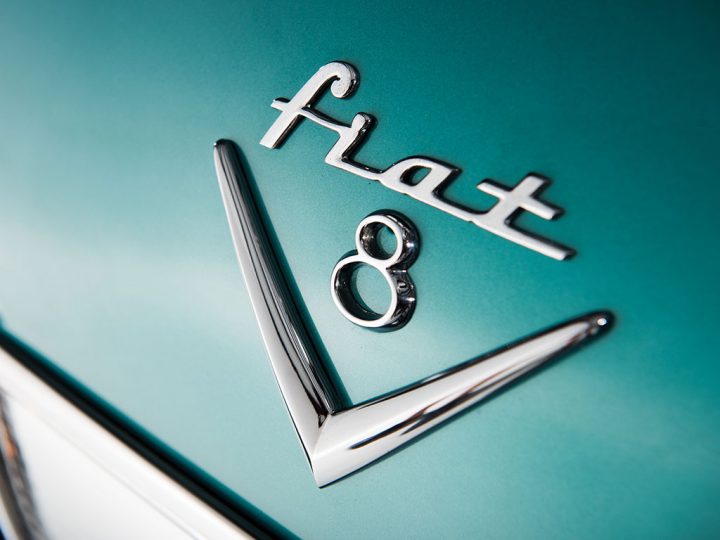 Orin Smith acquired the now-pristine 8V at the completion of its eight-year restoration effort and wasted no time in bringing the stunning beauty to the show field. It received the People’s Choice Award here at the Amelia Island Concours d’Elegance in 2016 and was judged Most Unique at Classic Sports Sunday at Mar-a-Lago the same year. Consistently well maintained in his private museum when not on the show field, it remains spectacular, fresh, and ready for continued appearances at further national and international concours d’elegance, where it will undoubtedly be warmly welcomed by judges and spectators alike. Alternatively, it is ready for participation in the Mille Miglia Storica, Colorado Grand, or any number of other historic rallies for which such a significant automobile is always eligible. 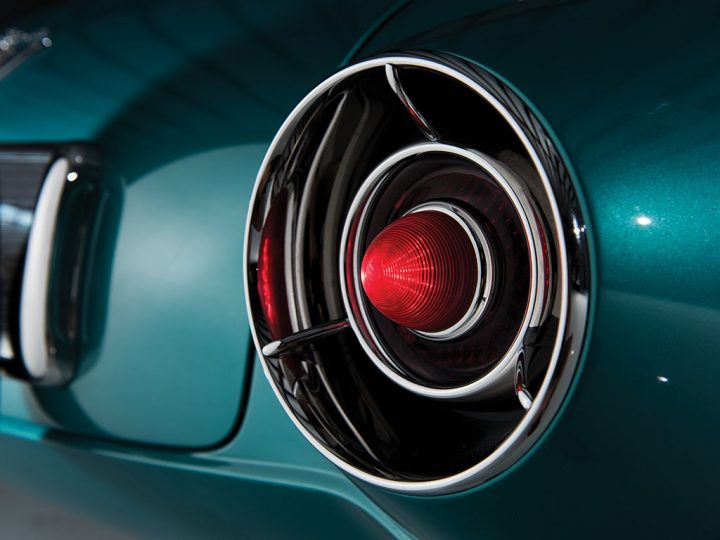 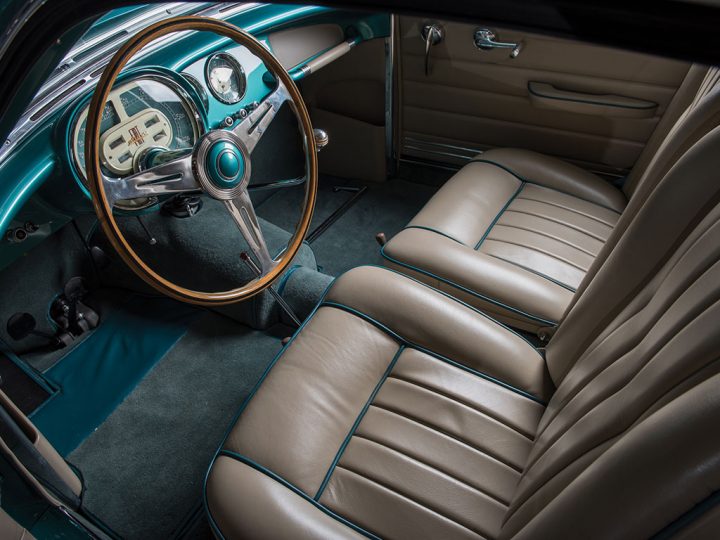 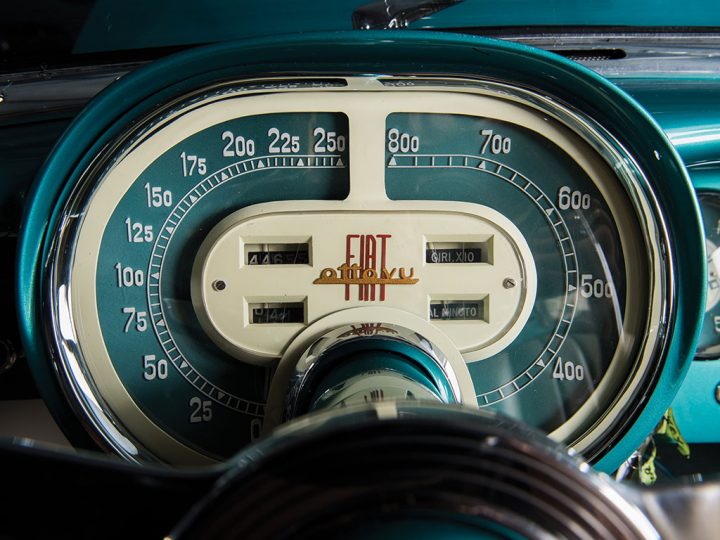 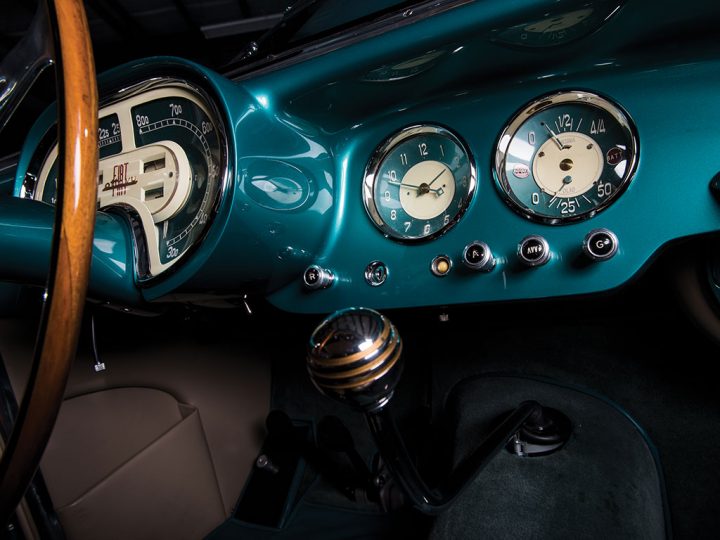 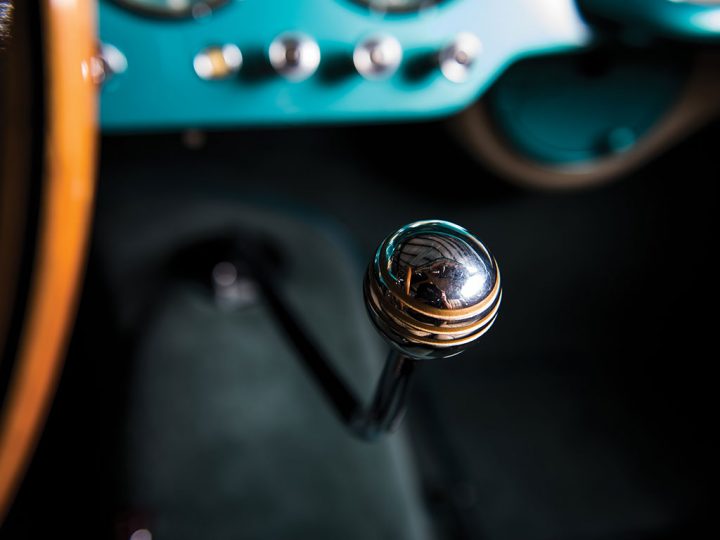 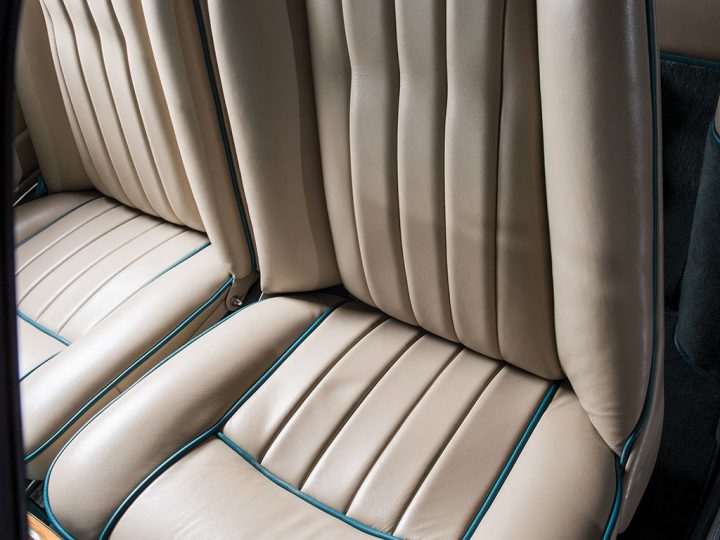 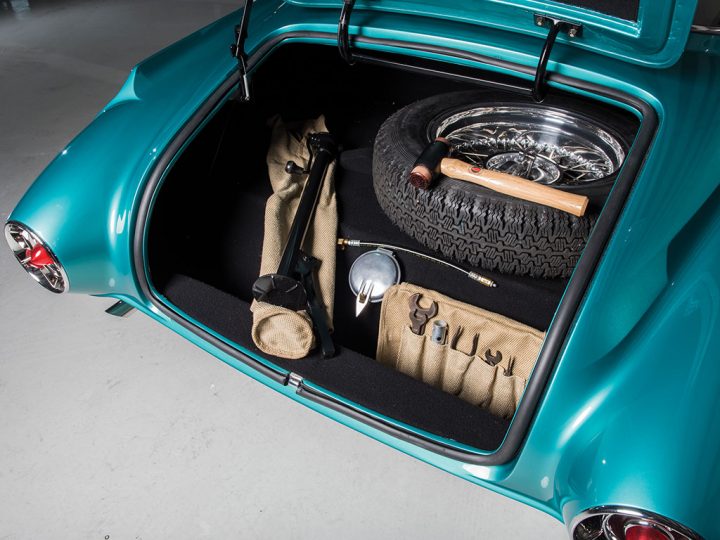 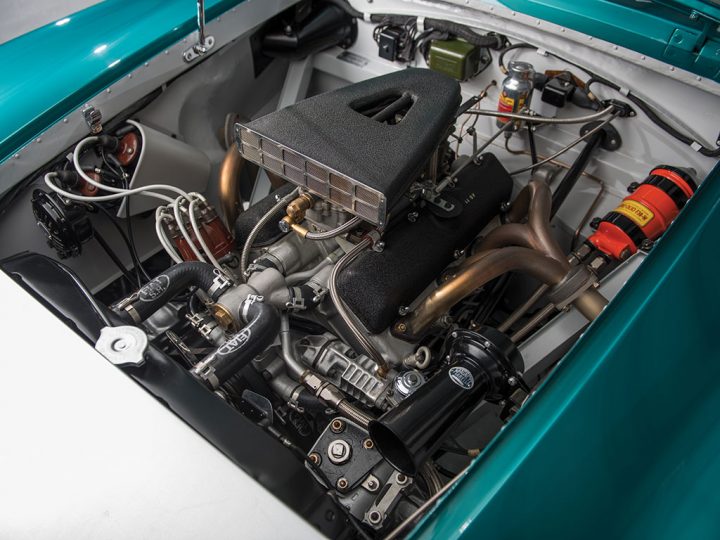 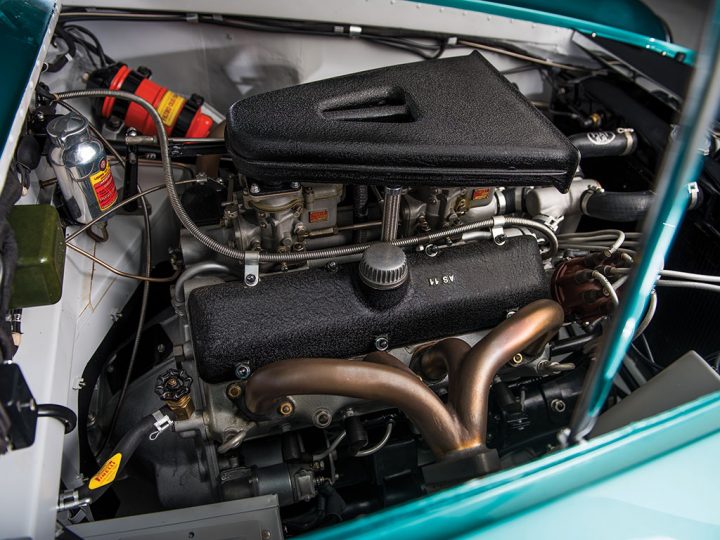 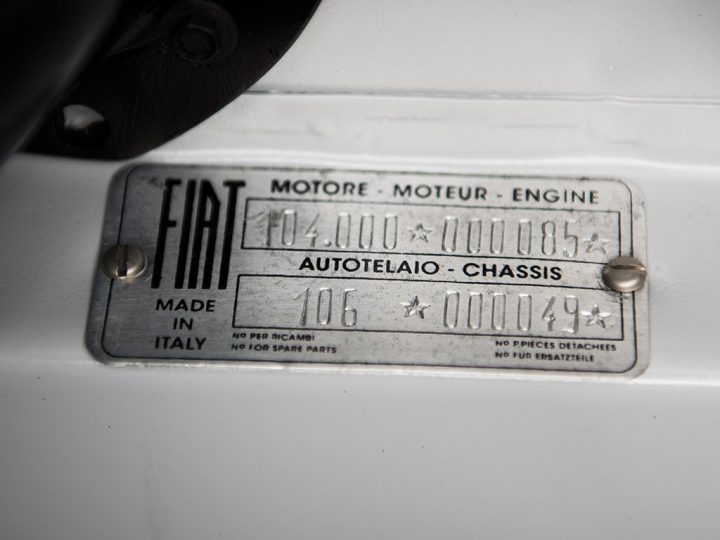